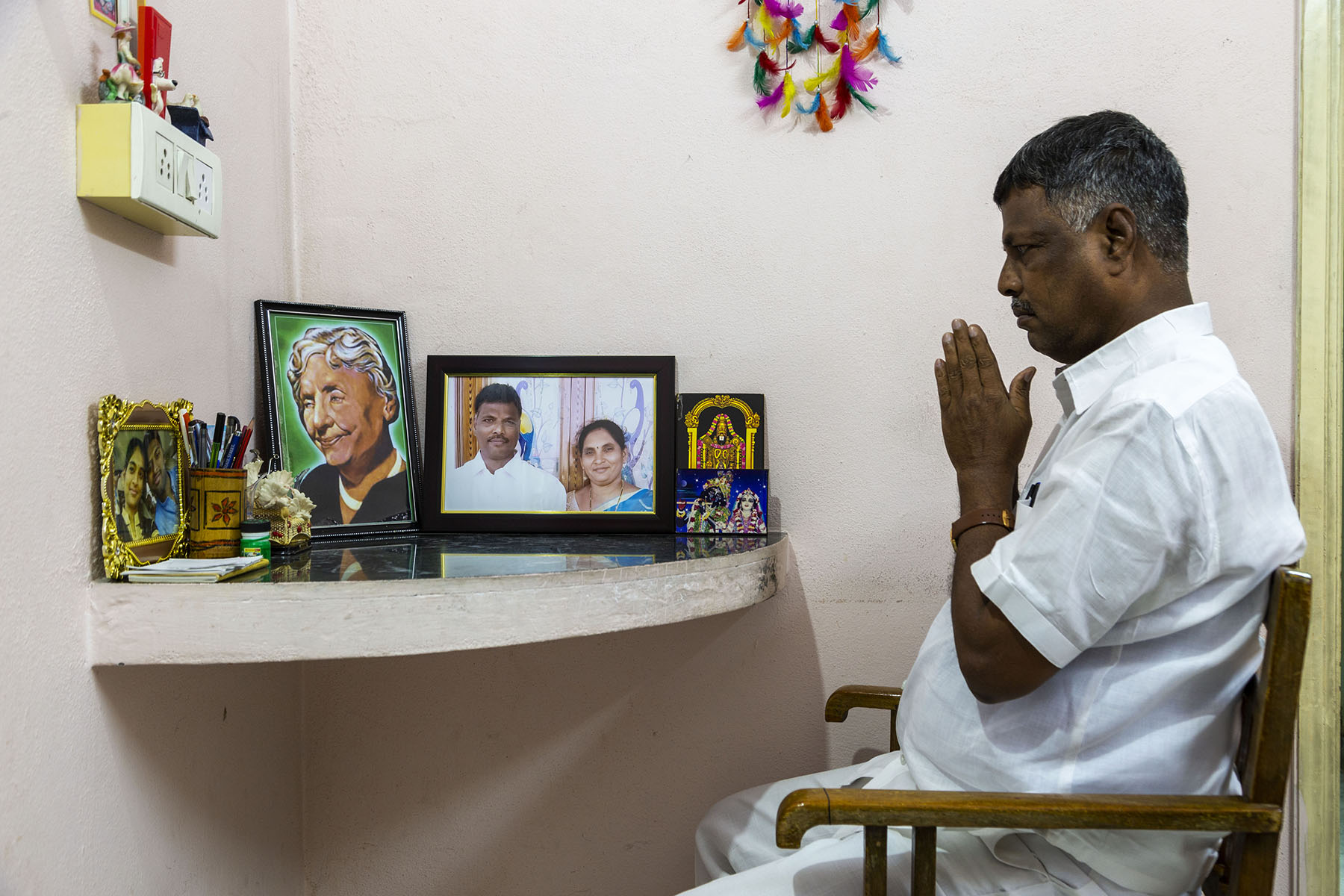 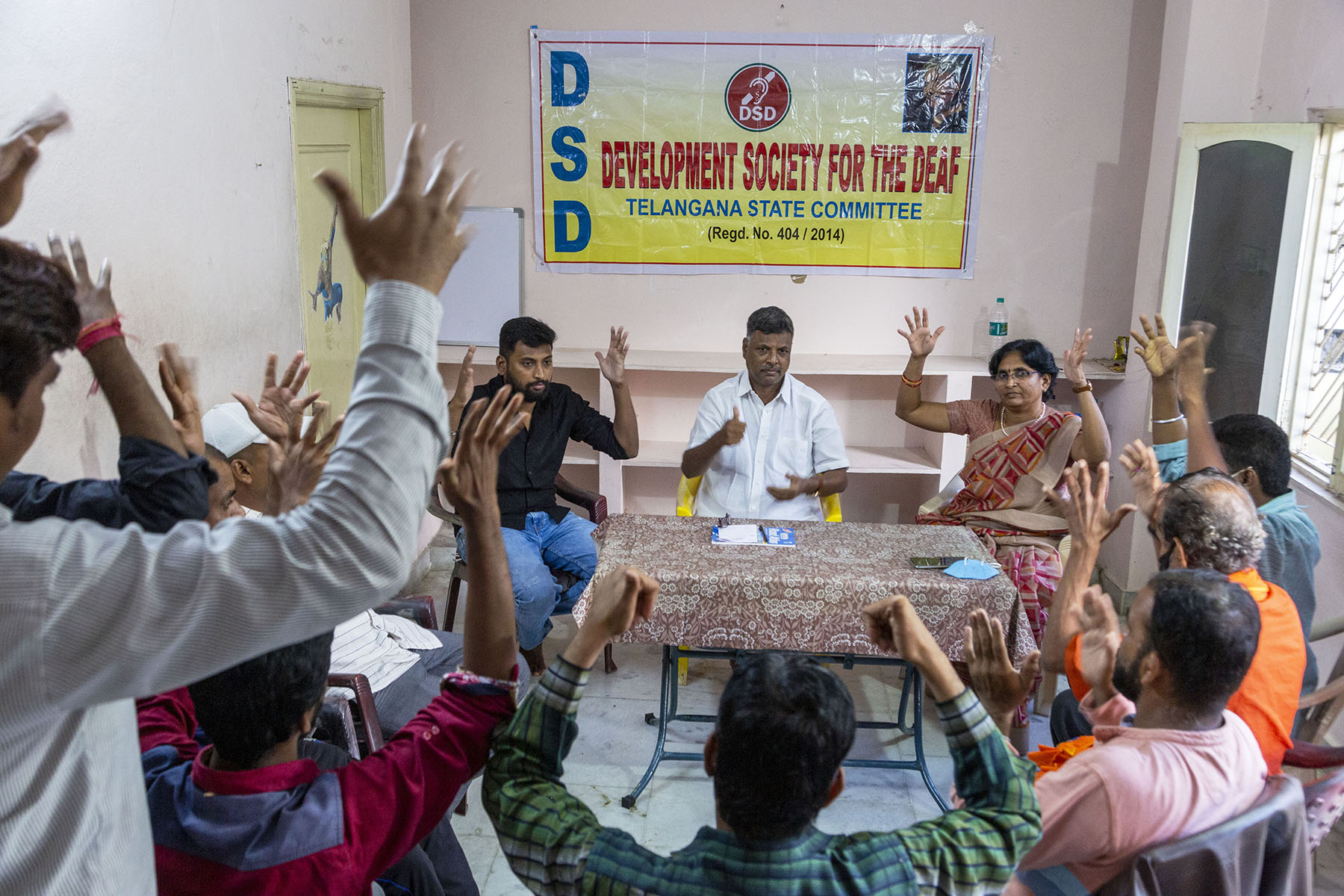 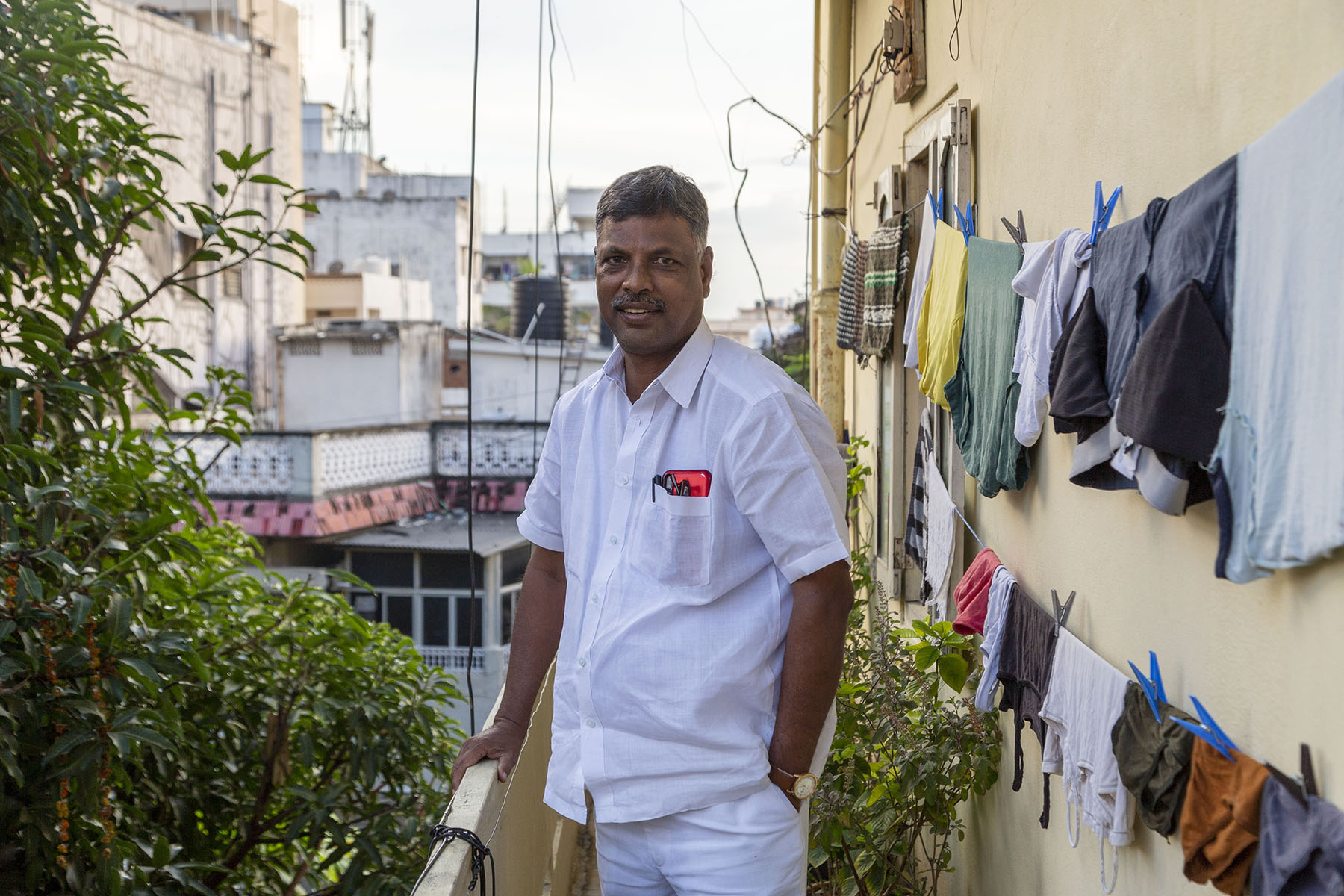 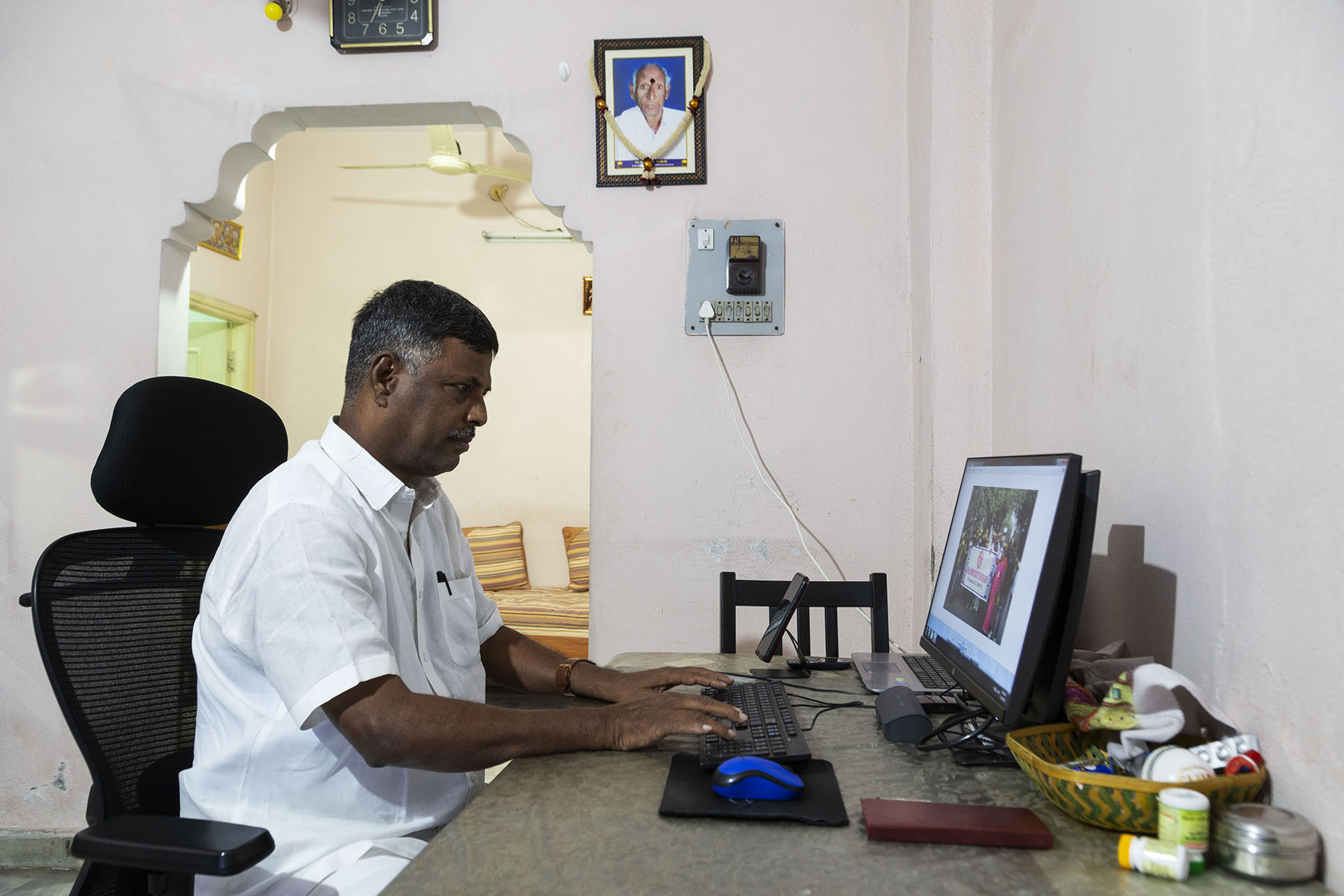 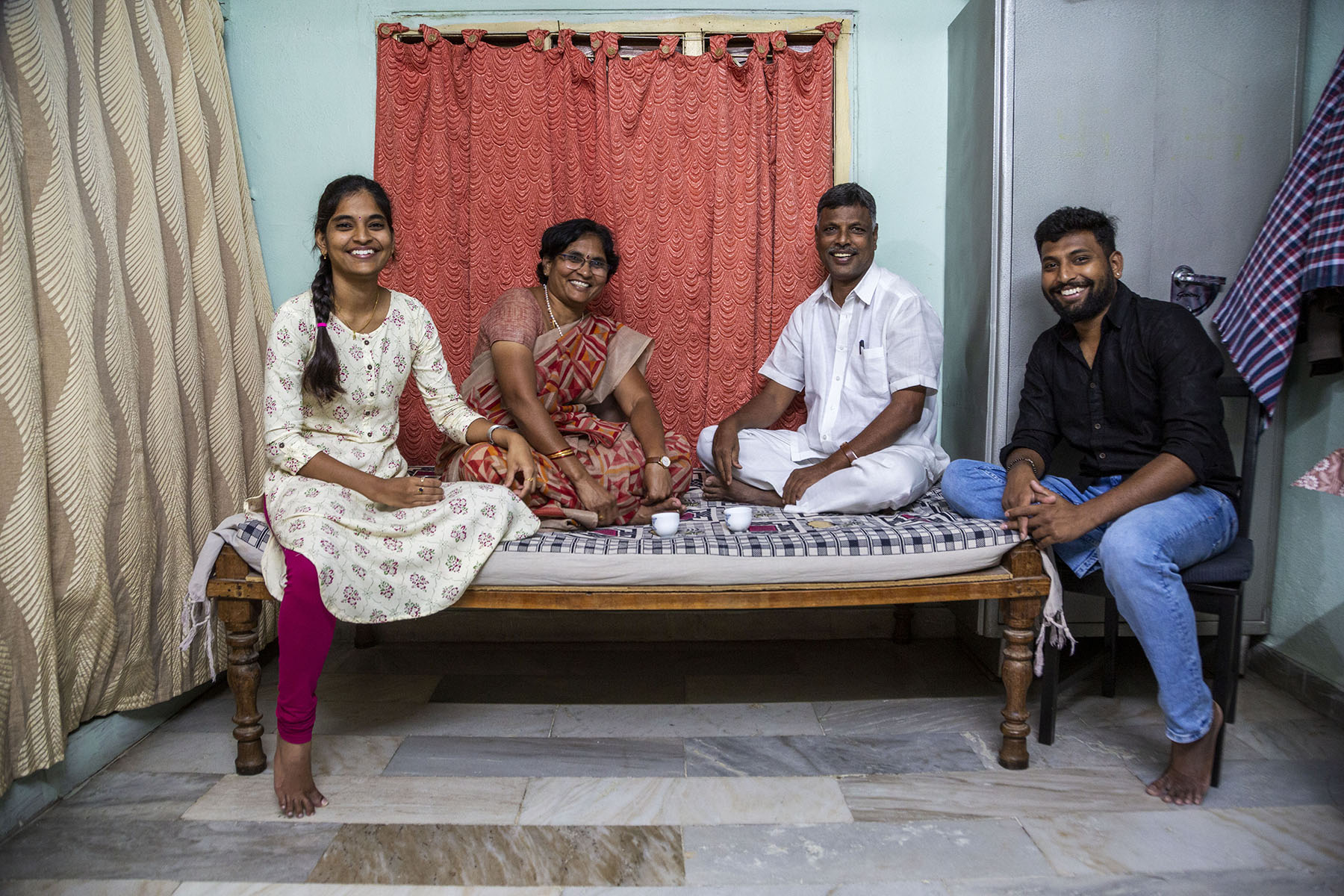 We often hear of alumni of prestigious institutions fundraising or making donations towards their alma mater. Rarely do we see a former student of a government school contributing towards its improvement.

Vallabhaneni Venkata Sathya Lakshmi Krishna Murali (VVSLKM) Prasad (59), who founded the Development Society for the Deaf (DSD), raised funds through his NGO to donate 16 acres for the expansion and improved facilities of his old school, the Government School for Deaf and Dumb in Malakpet, Hyderabad.

Prasad was one of two sons born to a farmer couple in Mahabubnagar in former Andhra Pradesh. They cultivated paddy, cotton, fruits and vegetables. Communicating to us via his son, he gave us to understand that he was not born deaf. When he was three years old he had high fever and his parents took him to a private hospital in Kurnool. He was apparently given an injection that impacted his nervous system and robbed him of his hearing. His parents took him to hospitals in Vijayawada and even Mumbai in the hope of a cure. Finally they accepted reality and started him on speech therapy.

It was when he turned nine that his parents came to know of a school for the deaf-mute in Hyderabad. They admitted him as a boarder and he started his education, completing tenth grade and going on to pass the Industrial Training Institute (ITI) Turner course with flying colours. This is a course in mechanical engineering that trains people for the job of a turner, one who manufactures and assembles metal components to build tools and machinery.

After completed the ITI course he got job offers from public sector companies and banks but he rejected them in favour of the lottery business. He got the licence for state level distribution of lottery tickets and ran the business for two years but then the government changed, and so did the rule, and lottery was banned in the state.

Prasad had become increasingly conscious of the limited opportunities for persons with disabilities (PwDs) and decided to work for their cause. In 1987 he founded DSD and ever since he has been struggling to improve the lives of PwDs. It won the Telangana state award for best organisation and Prasad, for best social worker.

In the 1980s, the monthly disability allowance offered by the state used to be a paltry ₹200. DSD spent years fighting in court to get it increased — to ₹500 in 2010 and ₹1500 in 2014 and then to ₹3000 in 2019. Not content, Prasad is pushing for ₹5,000. Since 2018-19 he has been demanding free 3G and 4G mobile phones for the Deaf since video has become a vital aid for them today. He has been pressing for unique ID cards (UDID) to be swiftly issued and increased reservation in government jobs for PwDs. There is no degree college for the Deaf and he wants to establish one, with government aid.

Sport has been a constant in Prasad’s life. Over the years he won 10 gold medals in tournaments held by the All India Sports Council of the Deaf. He was a high-jumper and national level football and leather ball cricket player. DSD and the Telangana State Cricket Association of the Deaf (of which he is President) jointly conducted regional and national leather ball cricket tournaments. India won the international-level (India, Sri Lanka, Nepal and Bangladesh) tournament in 2018.

DSD pitched in during the pandemic to distribute food and clothes and help PwDs as best they could. They also formed a Matrimonial Status Society for the Deaf in 2015. How did Prasad himself enter the bonds of matrimony? His family started looking for a bride in 1989. He saw Bharathi’s photo and said, “This is the girl I want to marry.” But she was only 17! He waited till she turned 18 and they got married on 31 January 1990.

Bharathi (49) is DSD’s general secretary and works alongside him. Their children Amala (25) and Harshavardhan (31) learnt Sign Language while growing up and as a result, the whole family is able to communicate in Sign.