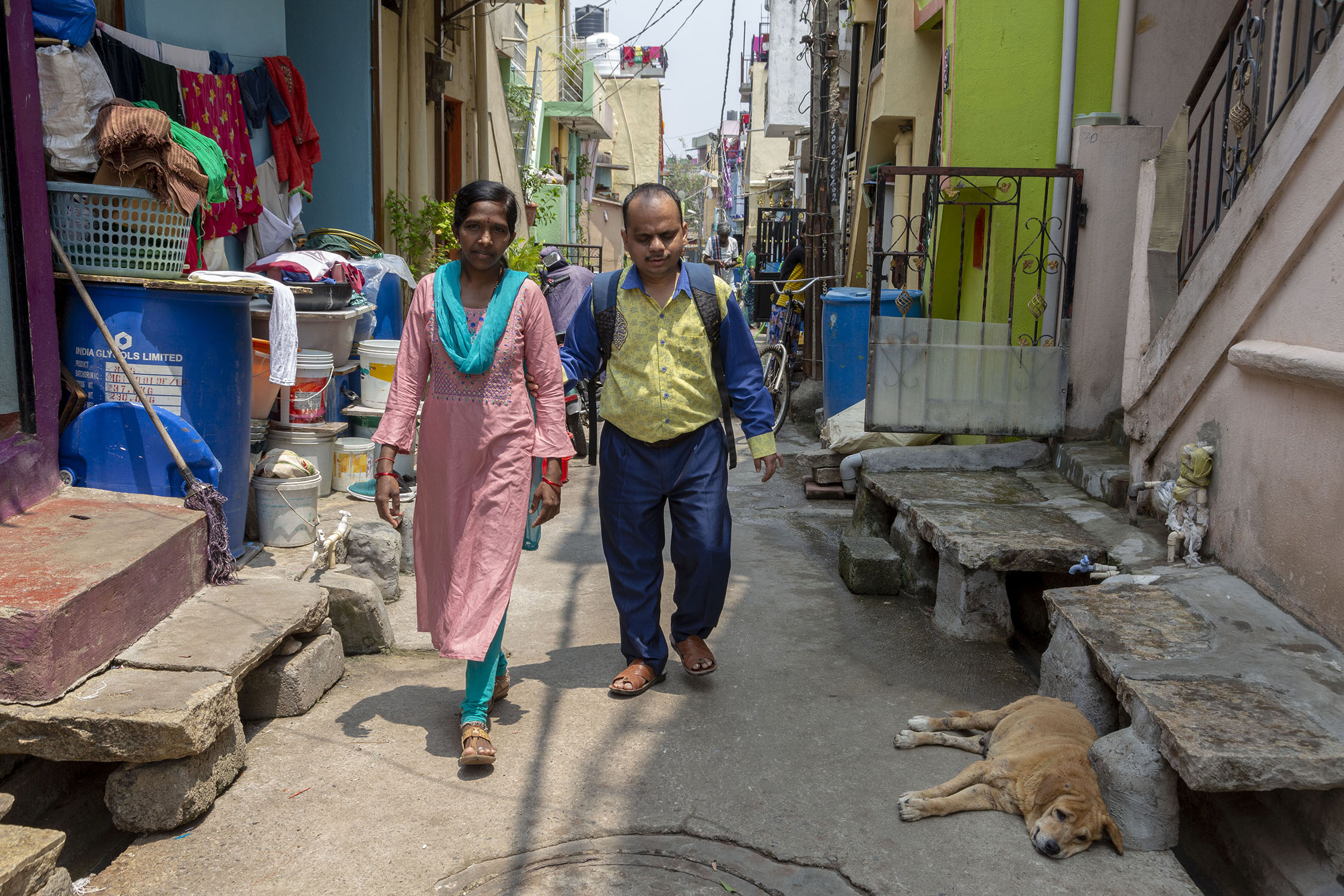 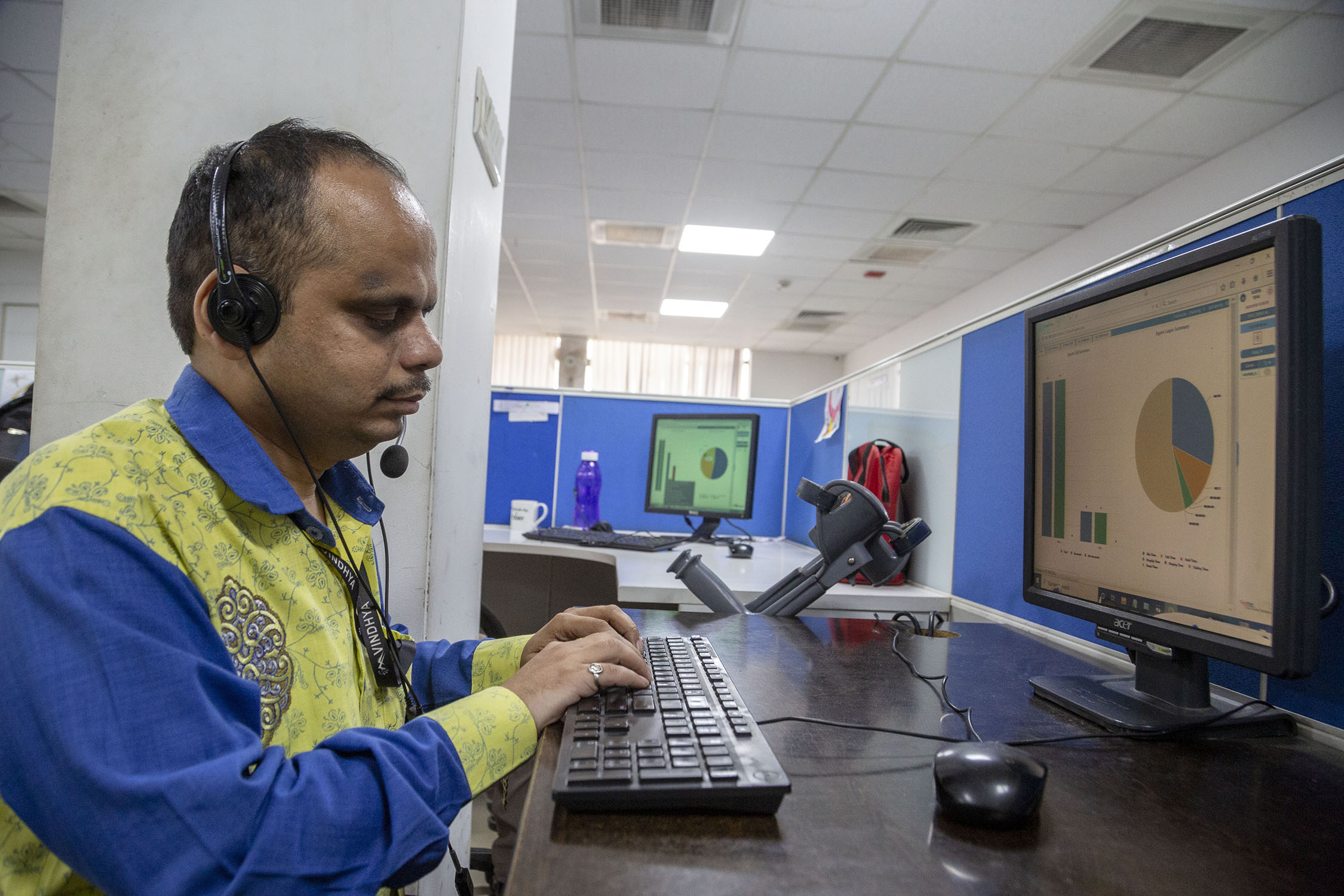 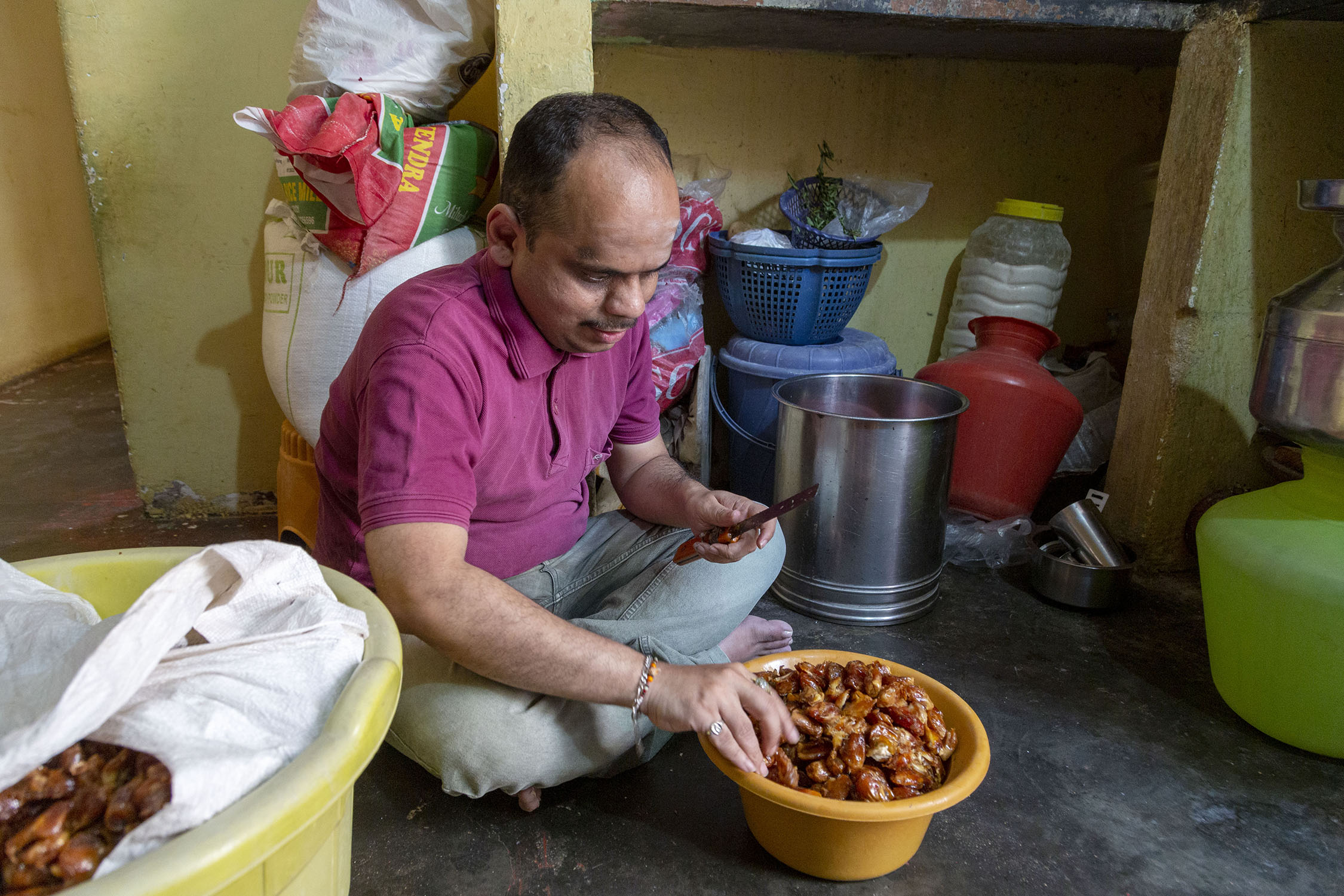 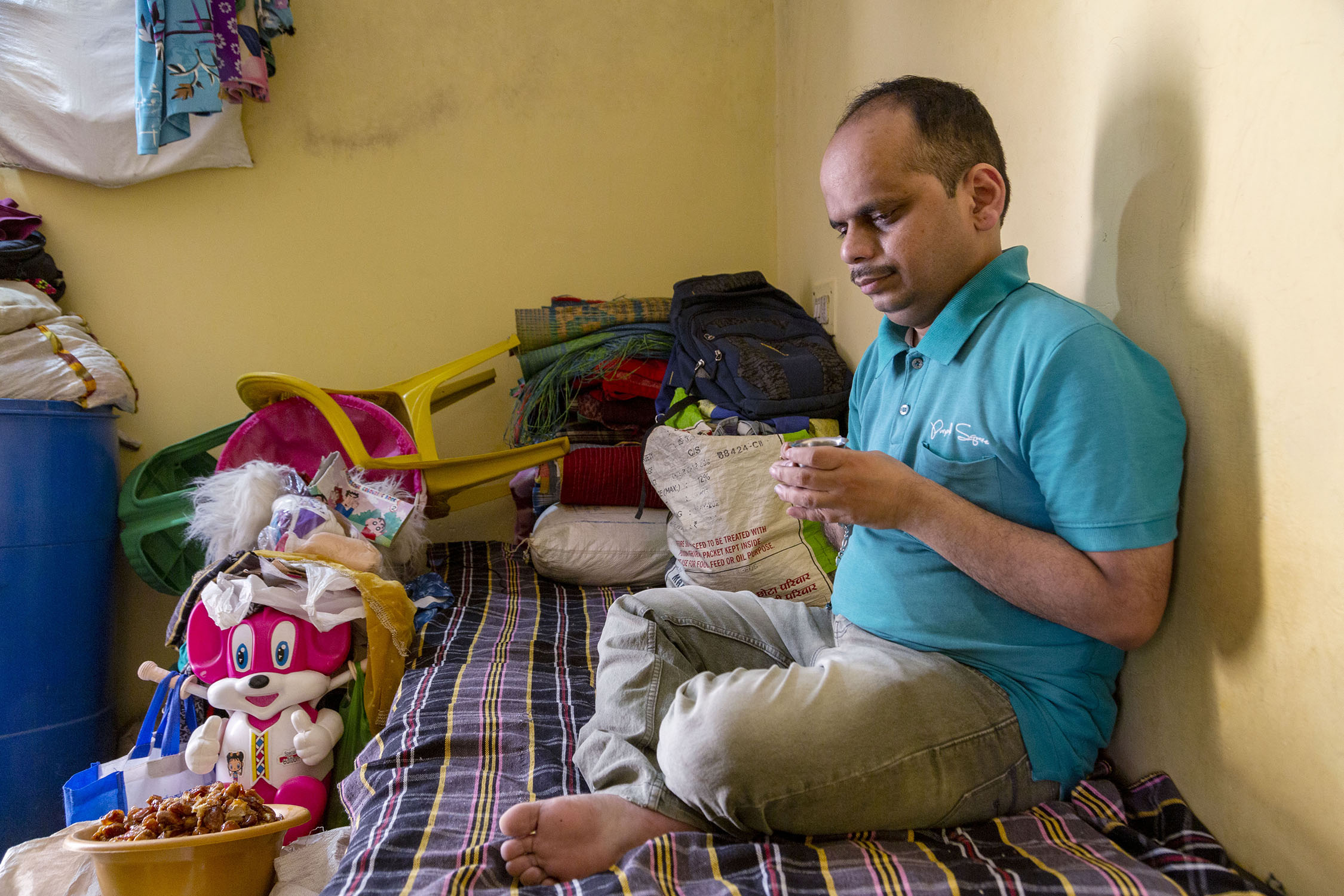 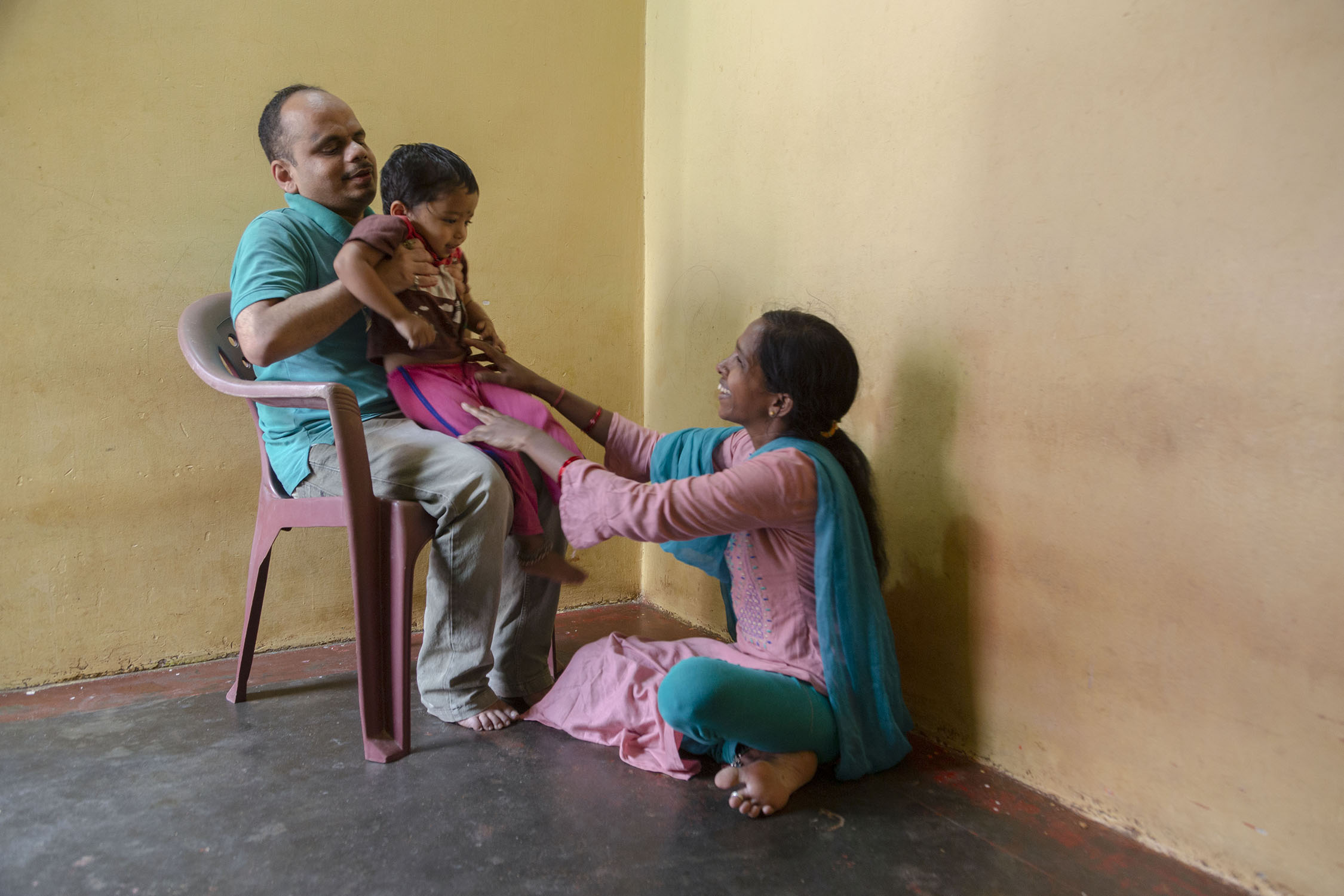 “Don’t fixate on the problem. Do something about it and make it work for you”

Suryakant Giri Giri (36) from Bengaluru cannot stop beaming when he recalls his arranged marriage with Dhanalakshmi (30). She rejected three other ‘abled’ suitors in favour of him, despite his blindness, because she was charmed by his personality.

The confident Suryakant you see today working for Vindhya E-Infomedia is quite different from the shy and friendless child he was. Born with blindness in a farming family in Kodambal village, Bidar, he was not accepted by his father the way his older brother Chandrakant and young sister Santhoshi were. However, his grandfather Bakappa, a retired police sub-inspector, and grandmother Sushila Bai took him under their wing. “My grandparents and mother made every effort to help me build a life of dignity,” he says.

The family was unaware of the existence of blind schools and their location and Suryakant was 10 when Bakappa finally enrolled him in Maheshwari School for the Blind in Belgaum. Schooling was free, he stayed in the hostel, the management was empathetic and very supportive, and a whole world opened up before him. He recalls how he was lazy about reading and writing but enjoyed talking to people. He was quite the class joker who “loved doing comedy and making people laugh”!

After 10th grade in 2002 he joined JSS Polytechnic for the Differently Abled in Mysuru and completed his three-year Diploma in Computer Applications for Visually Impaired. At the NGO Enable India he received training in medical transcription. He is still in touch with his Enable India trainers and he particularly remembers ‘Babu-Sir’ who encouraged him and showed him the importance of being independent. The confidence that he carries today is because of Babu-Sir, he says.

A job did not come easy to Suryakant. There was a time when, after completing his course, he used to send out his resumes to companies and keep waiting for responses that never came. Vindhya took him in. He is a tele-caller, working as a customer service representative. His wife picks him up and drops him to the office. Today he and Dhanalakshmi, whom he calls his “pillar of strength”, have a four-year-old daughter Aadhya. He remembers the old days before his daughter was born when his wife used to have a job and they would make it a point to meet for lunch every day. They still take time out for each other: although Dhanalakshmi is a full-time homemaker looking after him and their daughter, they eat out at least once a month. Roti, idli and pulao are his favourite foods and when it comes to sweets, Dharwad Pedha and Kalakand tickle his tastebuds.

When they go on outings as a family they like taking brief vacations and pilgrimages to places within Karnataka. Suryakant says it was hard at first being introduced to Aadhya as her father. It took time for her to adjust to his blindness. Now she is very sensitive to his needs and takes care of him.

Music is his anchor and he enjoys listening to devotional and folk songs. Although he is content with his life he wishes the system would be more conducive for persons with disabilities. He gets particularly frustrated while renewing his travel pass. Each time they would ask him for a fresh medical certificate, causing delays in issuing the bus or rail pass.

Suryakant is a simple man with simple needs and always keeps smiling as he faces challenges head-on. He is all praise for the new innovations that provide the best accessibility experience for the visually impaired, such as the AI-powered ‘smart’ glasses made by the assistive technology company Envision. But there is one invention on his wish list: a device to help the visually impaired locate objects inside the house. We suspect that sighted persons who regularly misplace household objects wouldn’t mind getting hold of this as well!