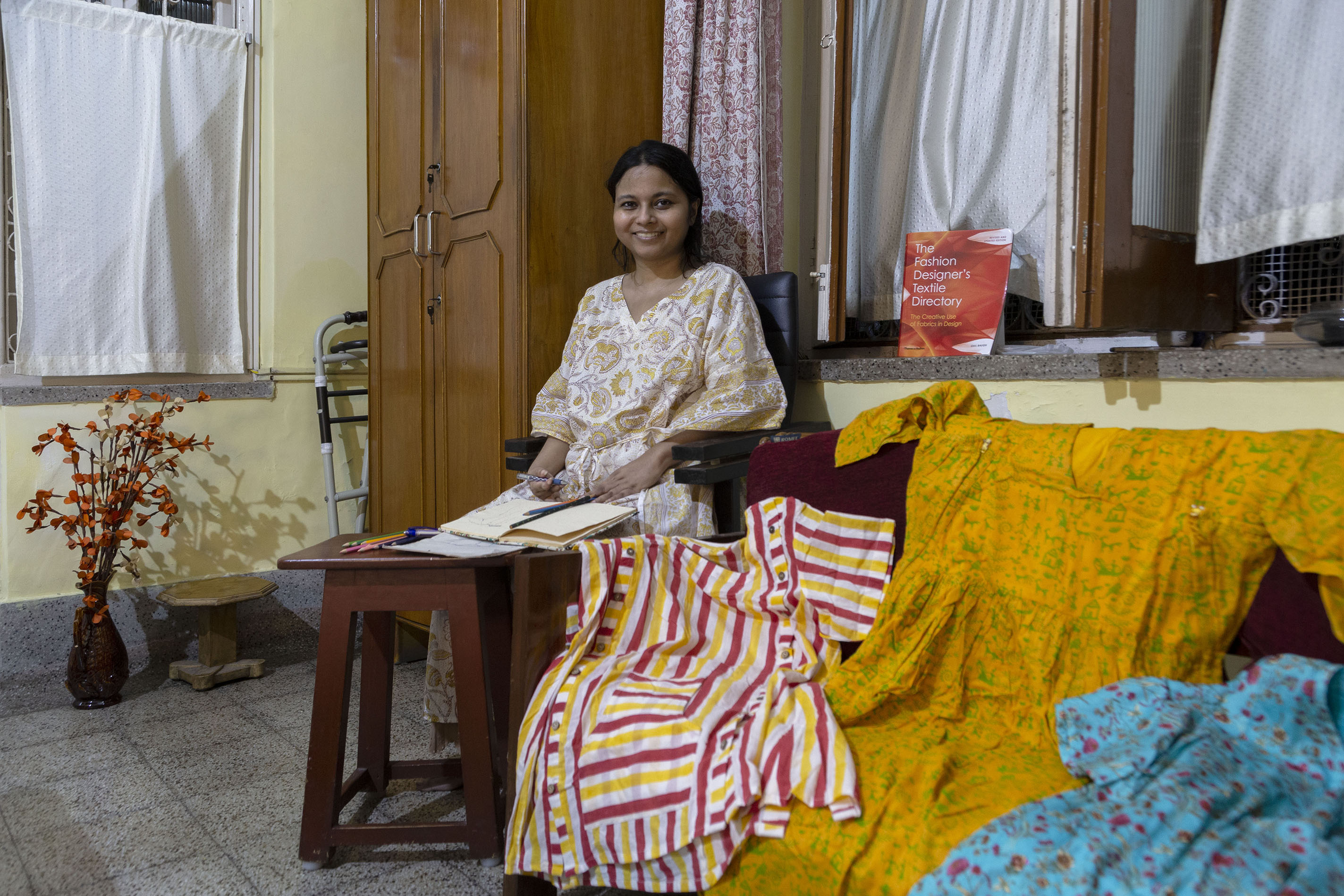 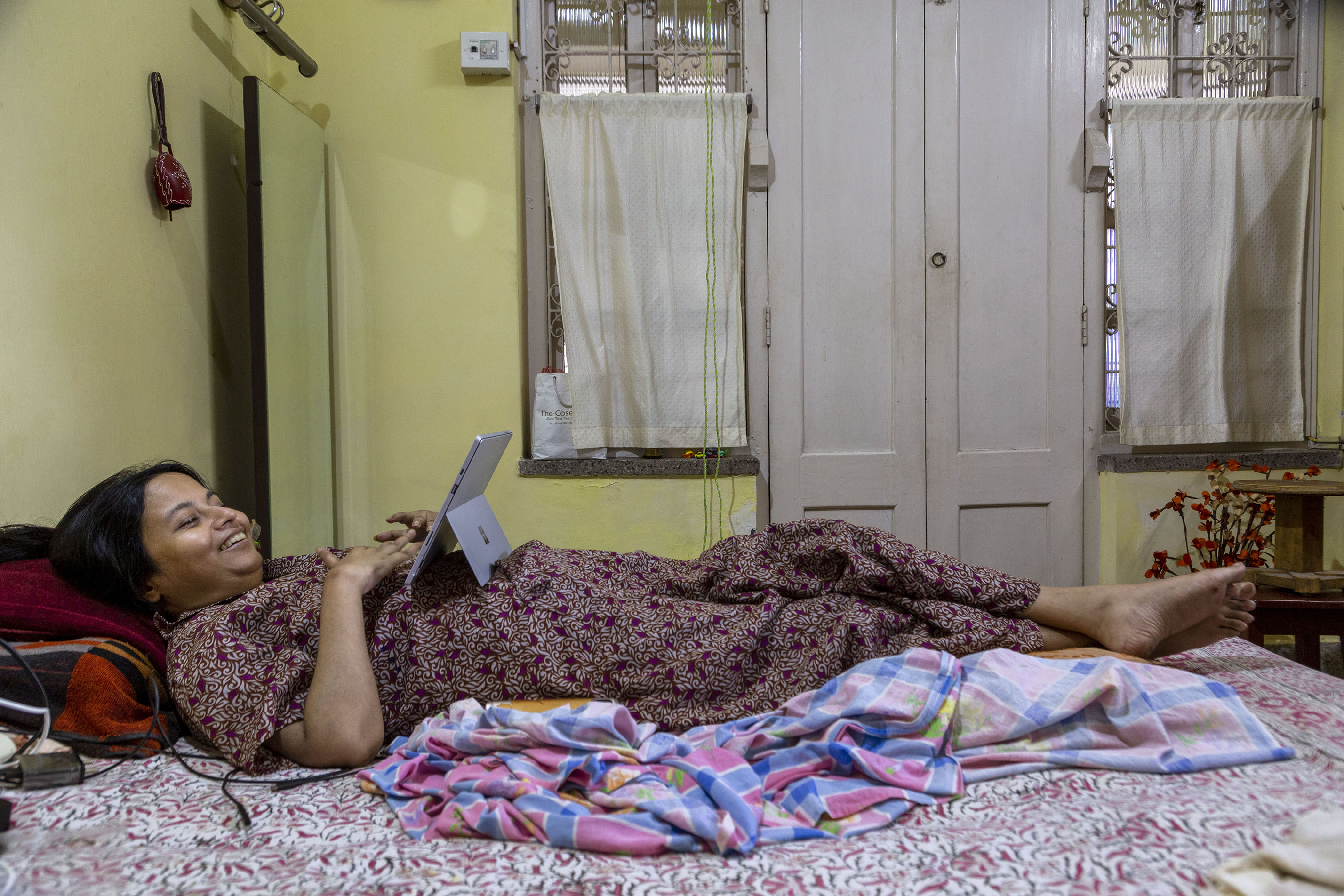 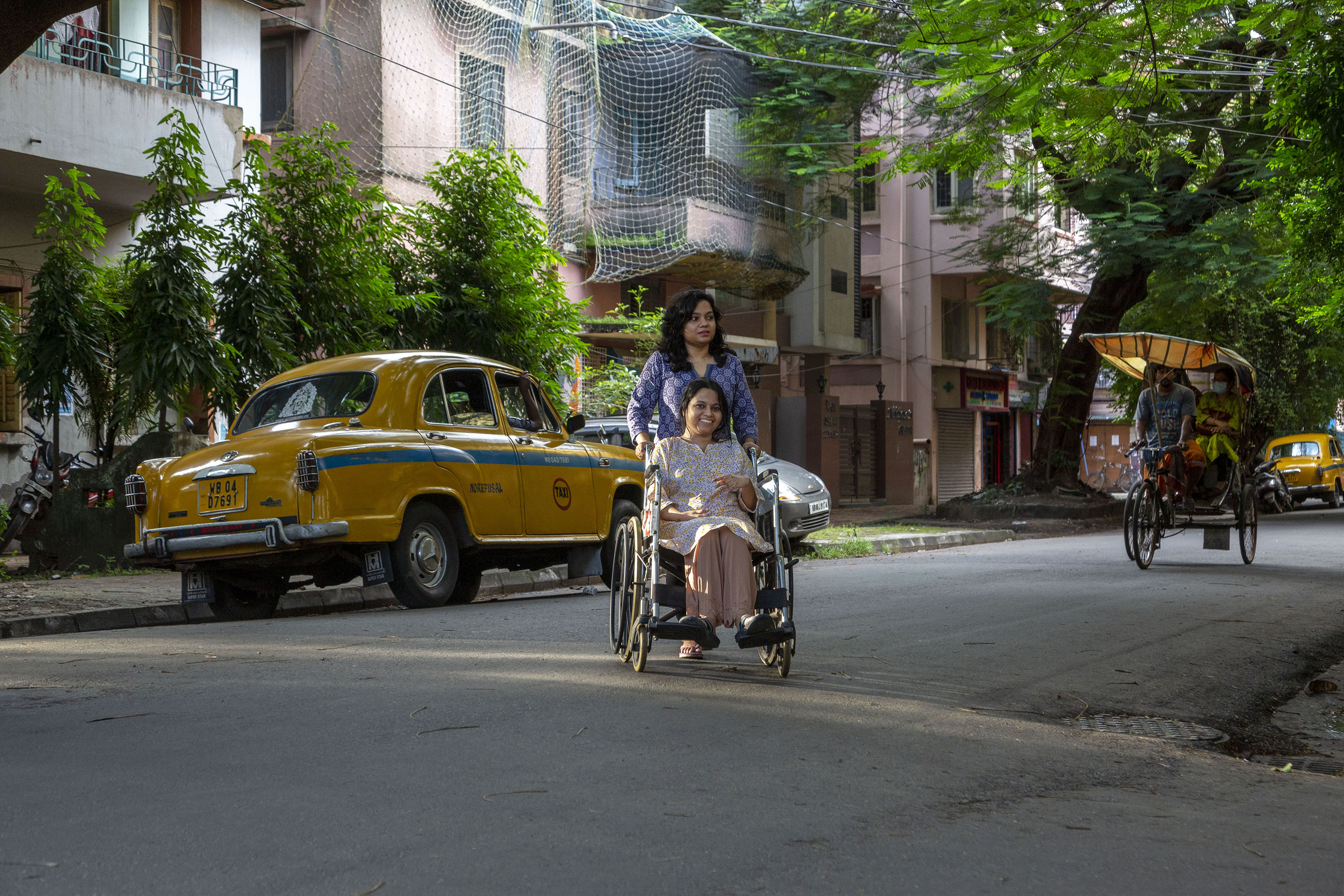 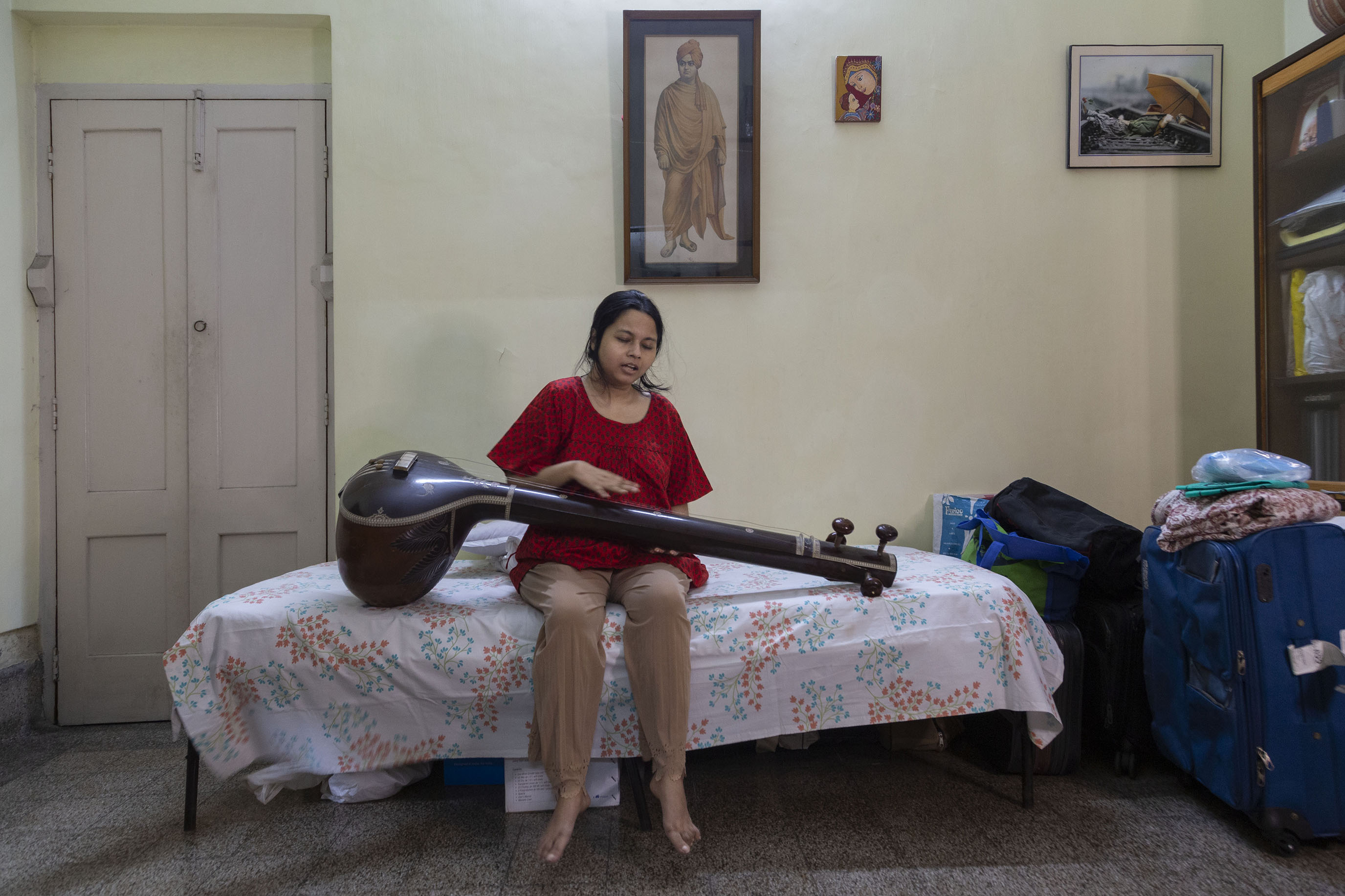 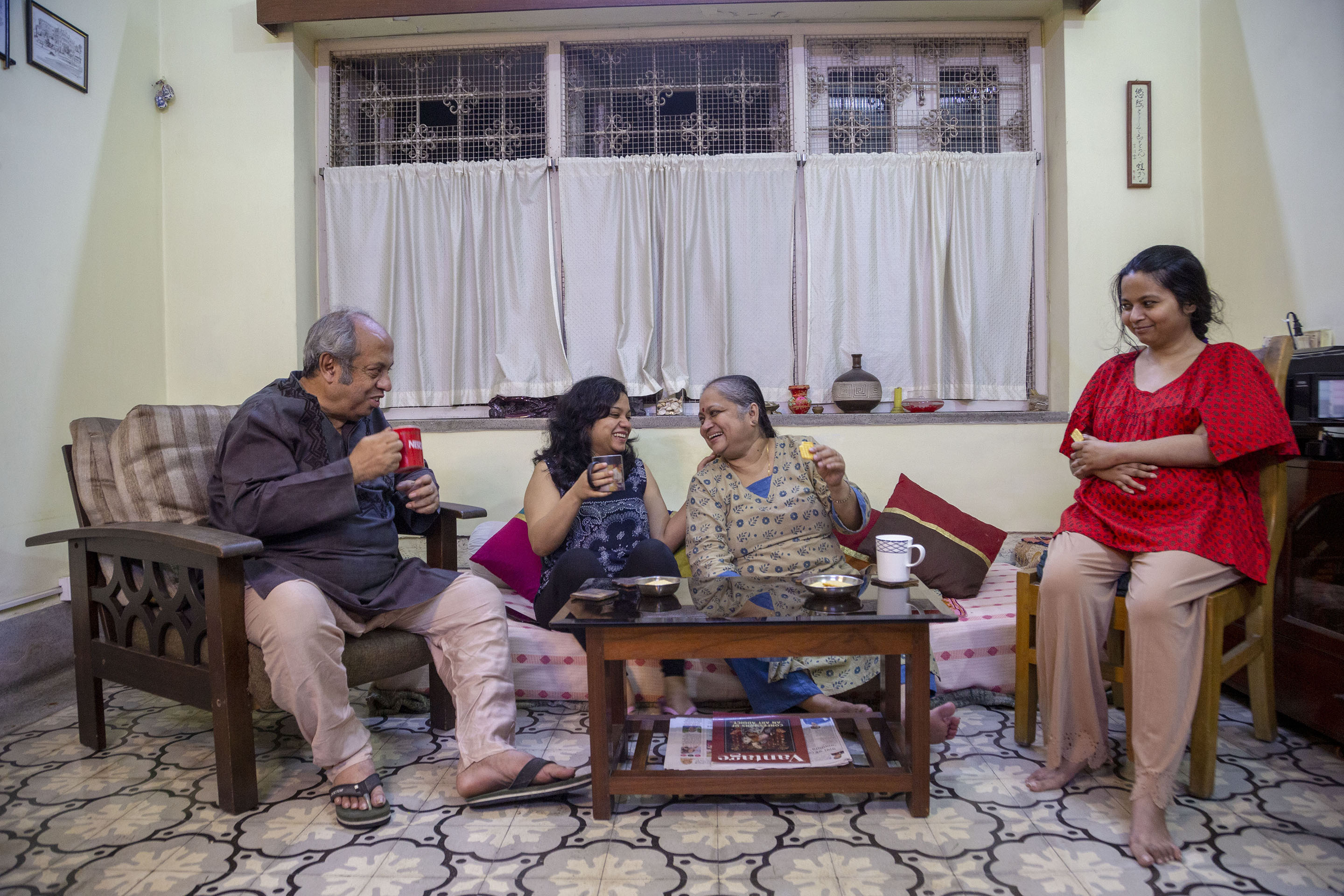 “Do what you can but do it now. Nothing is worse than stagnation”

Every morning when Soumita (39) gets up, she does not know which part of her body she will be able to move, which part will function, and how. For 11 years, Soumita Basu from Kolkata has been dogged by this condition which has been given different names by different doctors, until they finally settled on ‘autoimmune disorder’. But labels are beside the point. It just describes the illness, while Soumita was keen to explore all that life had to offer. “At the end of each day I ask myself, have you given it your 100 per cent?” she says. “If the answer is ‘yes’, I sleep like a baby.”

Until the age of 28, when pain first made its presence felt, Soumita was working in the development sector and preparing to go for her MA in Development Studies in the Netherlands.  She started her career as a freelance journalist and then slowly navigated to finding her place in social research focussed on policy and development programme implementation. At 24, she was working with UNICEF but quit to work in the villages. She took up livelihood and public health projects across 14 states in India, which paid her less but gave her the satisfaction of working directly with people from different communities.

By 32, however, chronic pain had overtaken her. “I had no time to grieve. The pain was so excruciating that I had stopped doing everything. Quit my job, was mostly in bed, could barely even lift the fingers sometimes. All I could think was, how do I live to the fullest?” She had a lot of re-learning to do. Life was a series of lessons, providing a shortcut to wisdom she would normally have acquired only by the age of 60 or so. Inch by inch, she gained techniques to deal with the physical, emotional, and psychological consequences of living with pain and disability.

Soumita reflects wryly, “I’ve had people tell me I have bad karma and god is punishing me. But how can my disability be a punishment when god has given me everything I need to deal with it?” The love and support of her family has carried her this distance. They have been resilient just in those moments when, feeling vulnerable, she needed their strength. Her loyal friends have given her unconditional love. There have been “angels” who have appeared in times of need and vanished before she could even thank them. During 2019, when her friends started a crowdfunding campaign to fund her long-term hospital costs, complete strangers donated generously.

Of course, there are moments when Soumita misses the use of her body. Trained in Bharatanatyam since she was two-and-a-half, she is also a ballroom dancer. Now she cannot perform her favourite dance steps. Neither can she slam the door and stomp out of a room when she is angry! She used to expertly mince garlic – she is quite the foodie, although she is obliged to watch her intake — but her fingers don’t obey her now. She writes and edits on a touch-screen laptop and her smartphone is central to her world.

When she has received so much love, how could she hold on to it? “Hoarding is not good,” she says, laughing. At 34, she cut off her long hair and donated it to a cancer foundation; she regrew it only to donate it again. On February 14, Valentine’s Day, and on her birthday, she puts up a post on various social media groups that she is available to listen to whoever wants to discuss their issues with her. At 9 p.m. from Monday to Friday she conducts online meditation sessions.

And then there’s Zyenika, the company that creates adaptive clothing for Persons with Disabilities (PwDs), which she co-founded with her mother Amita Roychowdhury Basu (60). “It feels strange to be a pioneer in something so obvious,” she says. But it’s not obvious to conventional clothing manufacturers – the glaring fact that PwDs may not possess the archetypal human body. Why can’t garments be styled to suit those with uniquely shaped physiques? Why can’t they be designed for those who struggle to use their hands? For those with sensory issues who react to the texture of the fabric?

Although Zyenika is very much a business proposition, the intention behind it emerges from a place of empathy and understanding. From someone who, having received abundant love, wants to pay it forward.