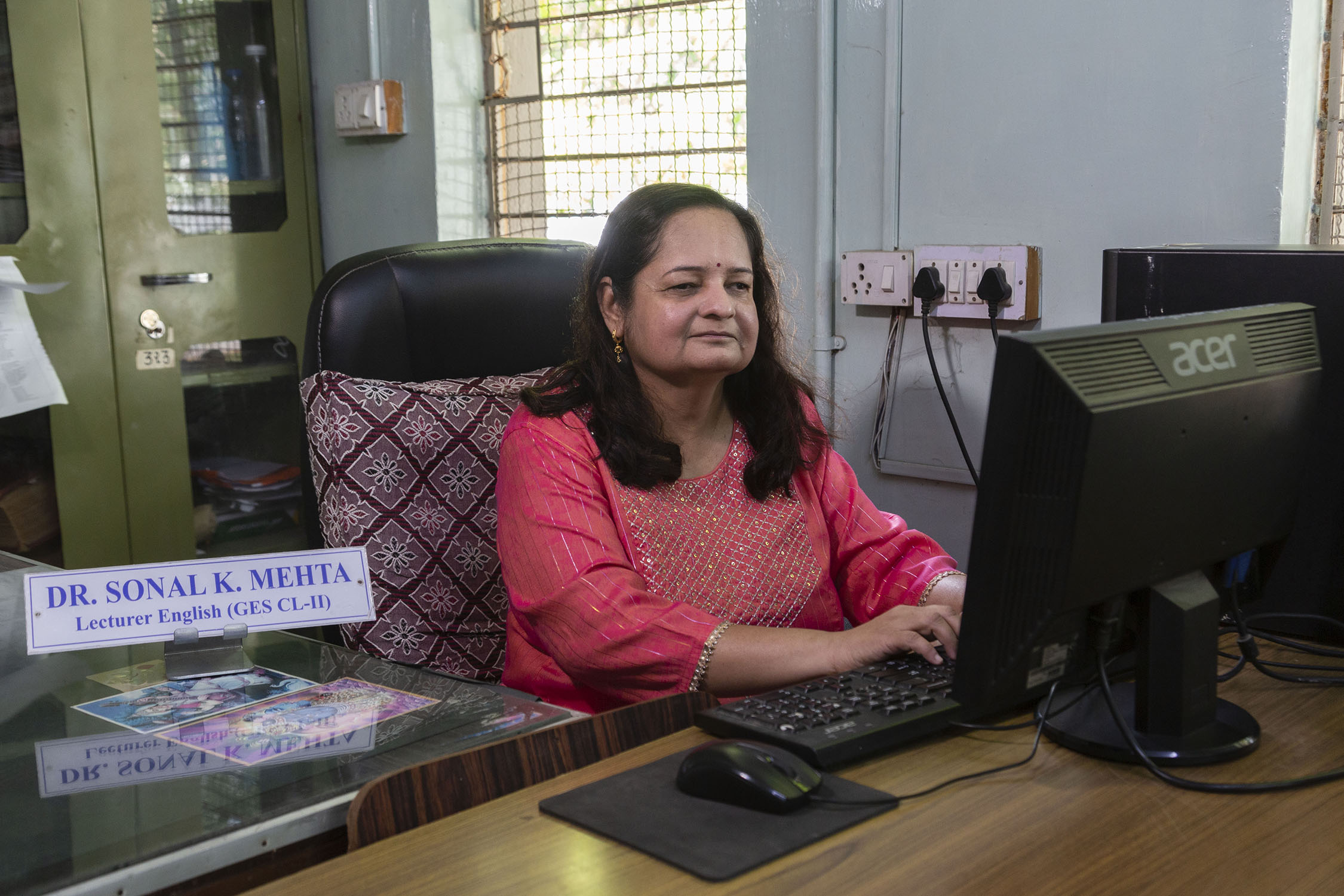 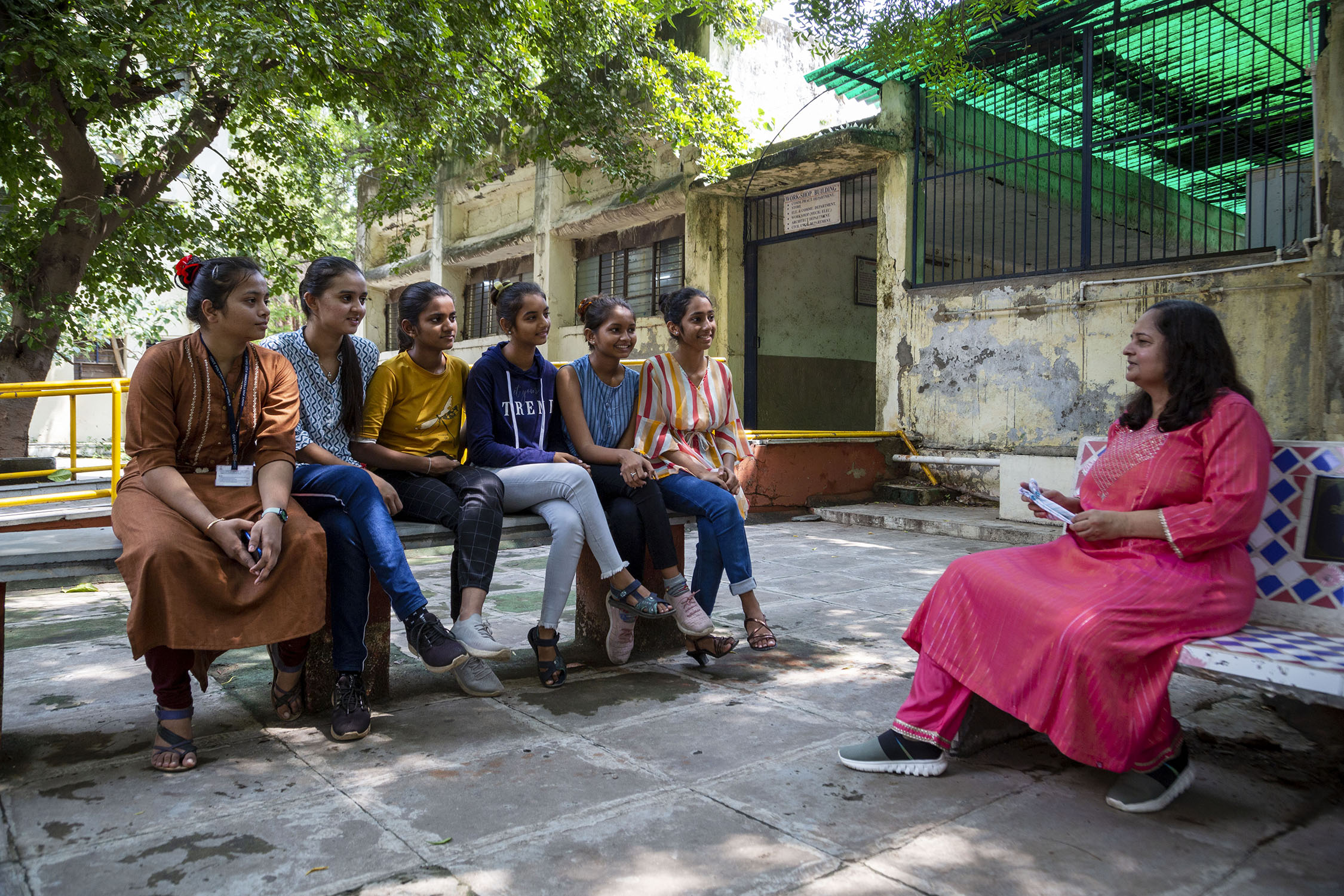 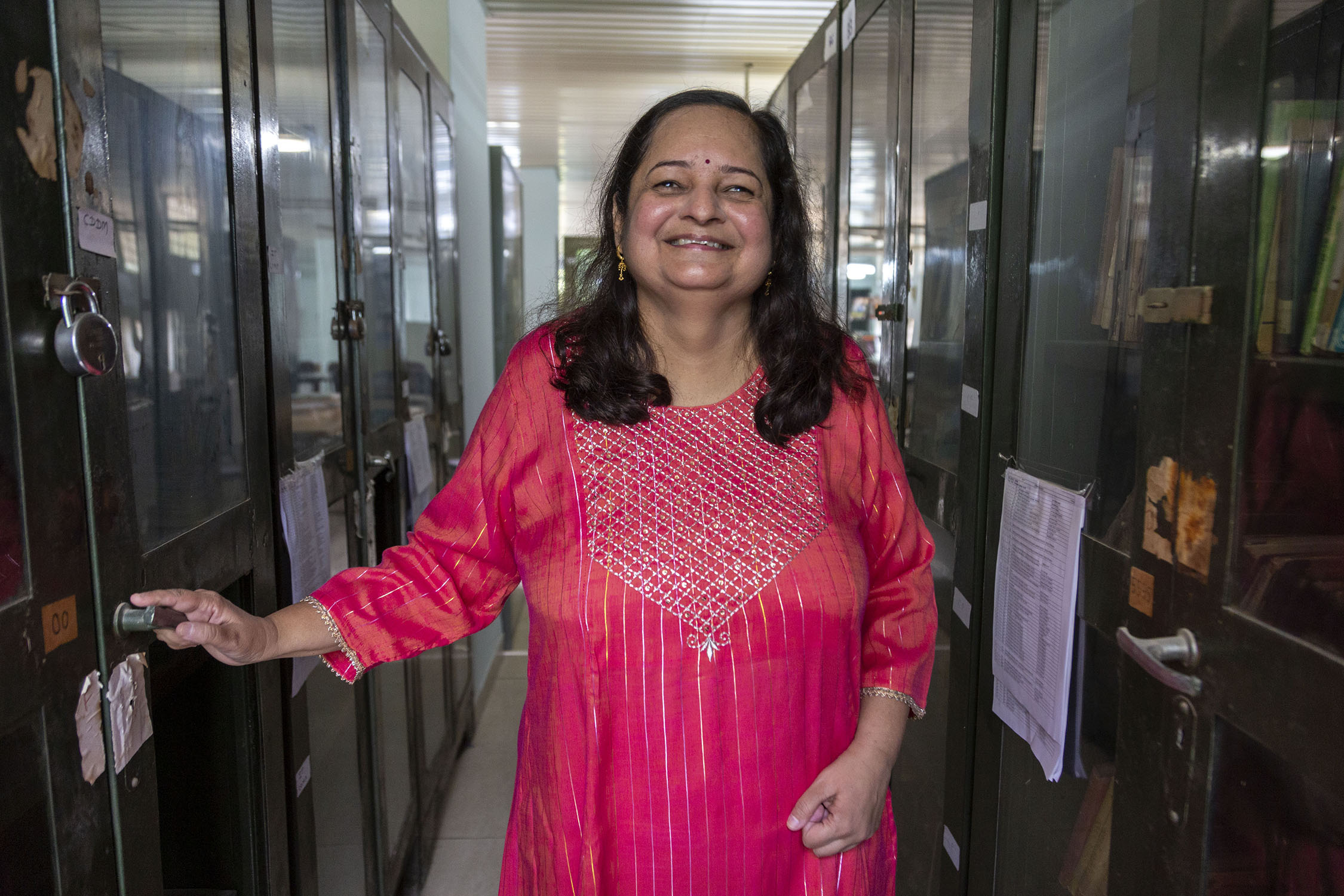 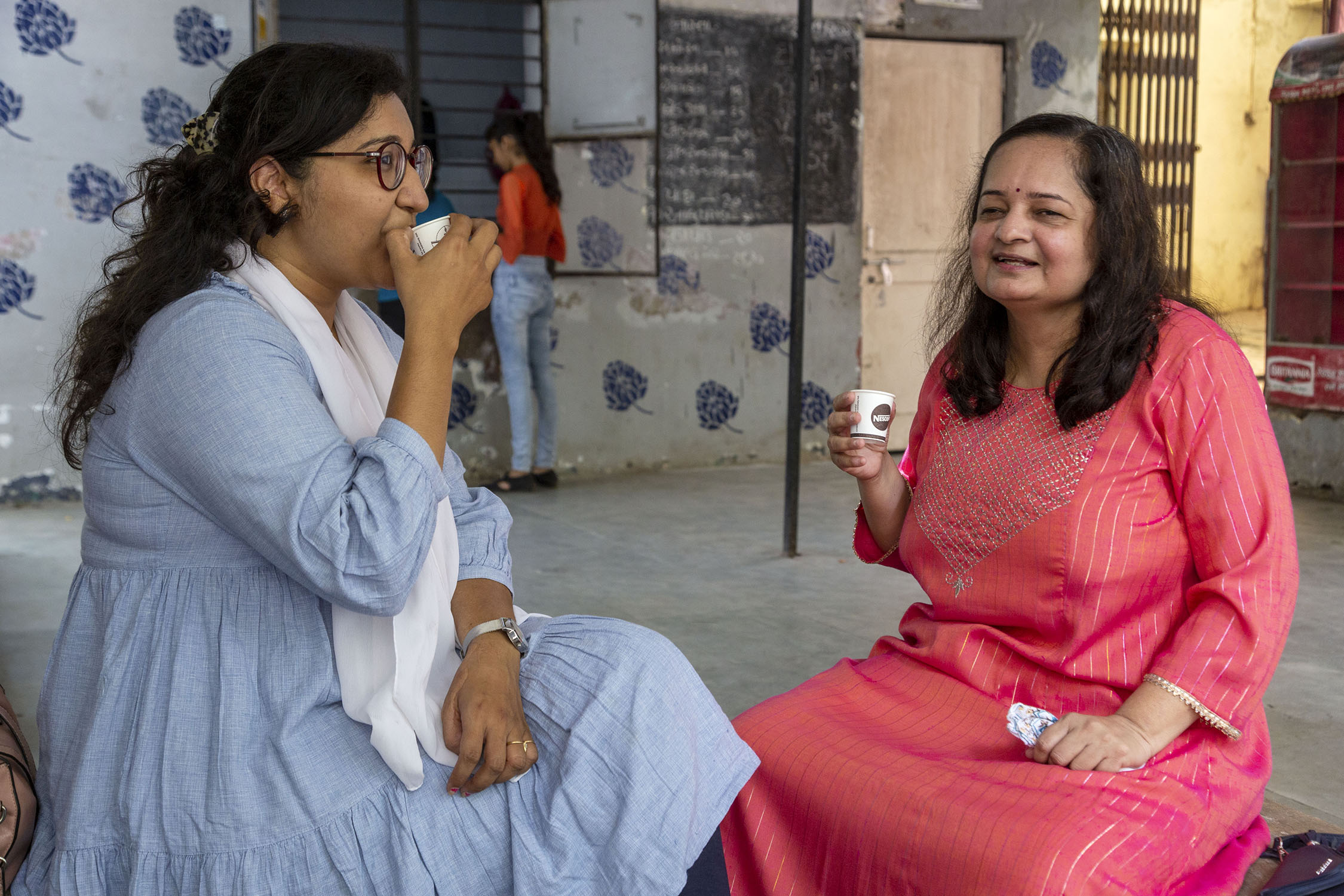 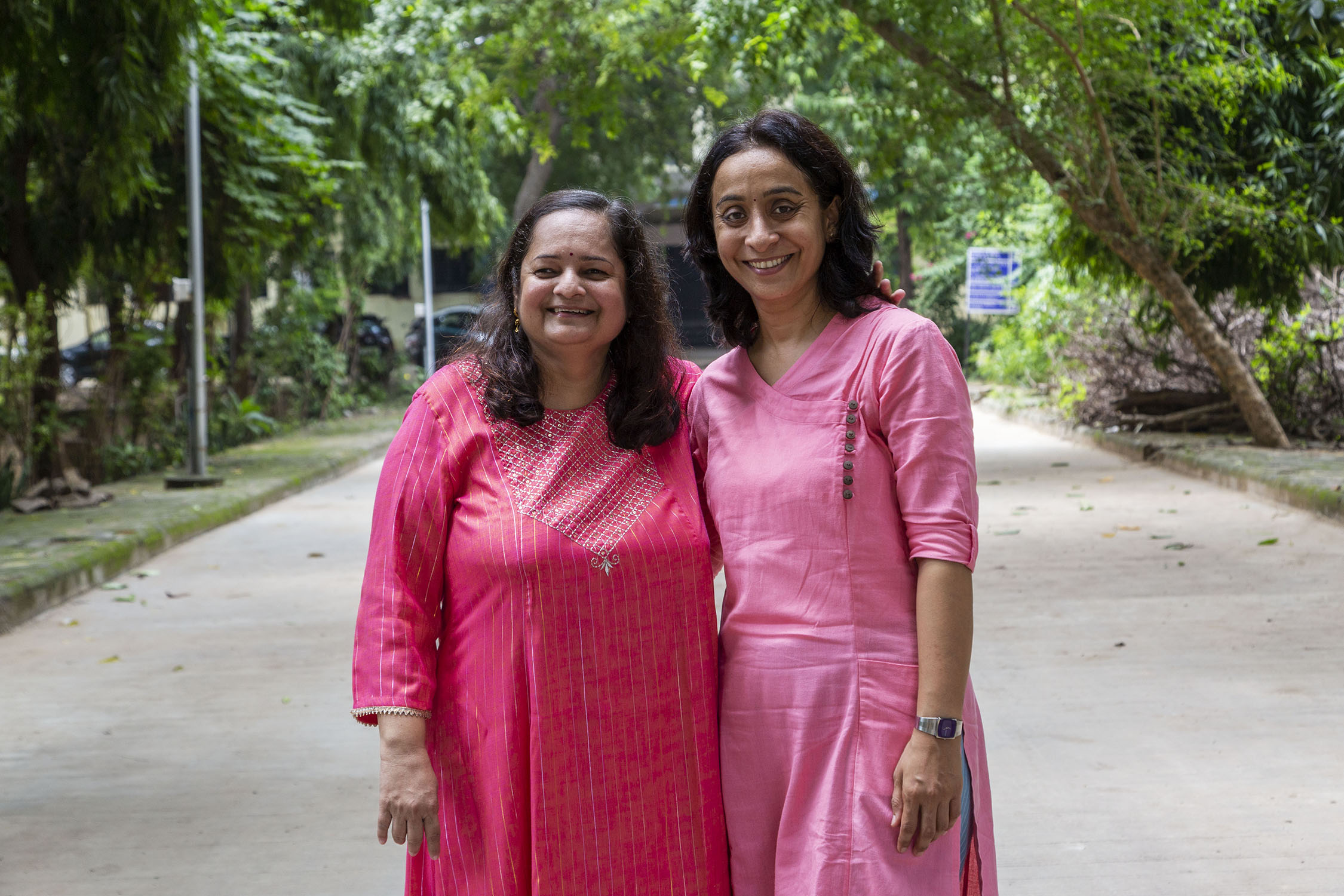 “Whenever you face an obstacle, focus on your positive traits and take on the challenge”

If you start counting the number of times ‘first’ and ‘rank’ appear in Dr Sonal Mehta’s story, you might lose track of the tally. And it wouldn’t escape your attention that every one of her attainments came after – not before – she lost her vision due to Retinitis Pigmentosa (RP).

Sonal was born in 1969, the last of six children of Kanhaiyalal Mehta, an engineer in government service, and Sarlaben Mehta, a homemaker. They lived in Palitana in Bhavnagar district, Gujarat. When Sonal was five, they moved to the state capital Gandhinagar. Being the youngest, she was pampered by her parents and siblings. She had just entered tenth grade when she started experiencing night blindness and, in the span of a single year, lost her vision completely. As the critical Board exams drew near, her whole family pitched in: they would read and record her lessons on cassette tapes which she would listen to and memorise. (In later years they substituted CDs for the cassettes.) A scribe was assigned to her during her exams and she scored 82 per cent. There was no looking back.

Sonal credits most of her success to her family which has always stood by her side. “My life continued just as it was before I acquired RP,” she says. Her parents treated her on par with her siblings and she enjoyed movie outings and festival celebrations with them; never was she made to feel incompetent in any respect. “The family’s trust and healthy support is important for a disabled person to gain self-confidence,” she says.

A red letter day in Sonal’s life was when she secured ninth rank in her 12th grade exams. She became the first (and to date only) blind student to rank among the top 10 in the Gujarat State Board exams. English Literature was her natural choice for graduation – she had always been an avid reader – and she ranked third in Gujarat University in her B.A. exams. While she was considering doing her post-graduation, a mutual friend put her in touch with Mr R.B. Sudiwala, a service-minded retired government officer with a passion for English literature. He became her guide and mentor for her M.A. and M.Phil. Her ties with Mr Sudiwala lasted right until he died 17 years later.

After getting her M.A. English degree, Sonal aimed to be employed. She appeared for the Gujarat Public Service Commission exams. There was no special category for persons with disabilities at the time. Competing in the general category, she secured first rank! She applied for and got a job as Lecturer. It was while working that she joined the M.Phil programme and – no surprises – was the University topper. She is also the first visually impaired woman in Gujarat to complete her Ph.D!

It has been 28 years now since she has been working as a Lecturer in the Government Polytechnic for Girls in Ahmedabad. Since the city was almost 30 km away from Gandhinagar she hired an attendant to help her commute to and fro. At first, she had to constantly prove herself to her colleagues but she soon gained the respect of both faculty and students. She carries out her work independently, thanks to technology such as computer screen reading software Jaws and NVDA and the talk-back feature on the smartphone. She has, however, privately hired an attendant who caters to her daily needs.

When Sonal’s father died in March 2009, it suddenly hit her that her parents would not be with her forever. And so she mentally prepared herself to find a life partner. Through a mutual friend she met Mr Ushir Shah who has low vision and is a State Bank of India employee. They went on dates to get to know and understand each other. In December 2009 they were married. Sonal calls Ushir “a friend first and husband later”. They stay in Ahmedabad with his parents who have been very supportive of her.

Reading is her first love. She enjoys books of all genres, uses audiobooks and is a member of Bookshare.org. She also travels a lot with family and friends; her most recent trip was to Gir National Park. Ready to tackle any obstacle in her path, Sonal says, “We should change our attitude towards a situation, because the situation itself is not going to change.”