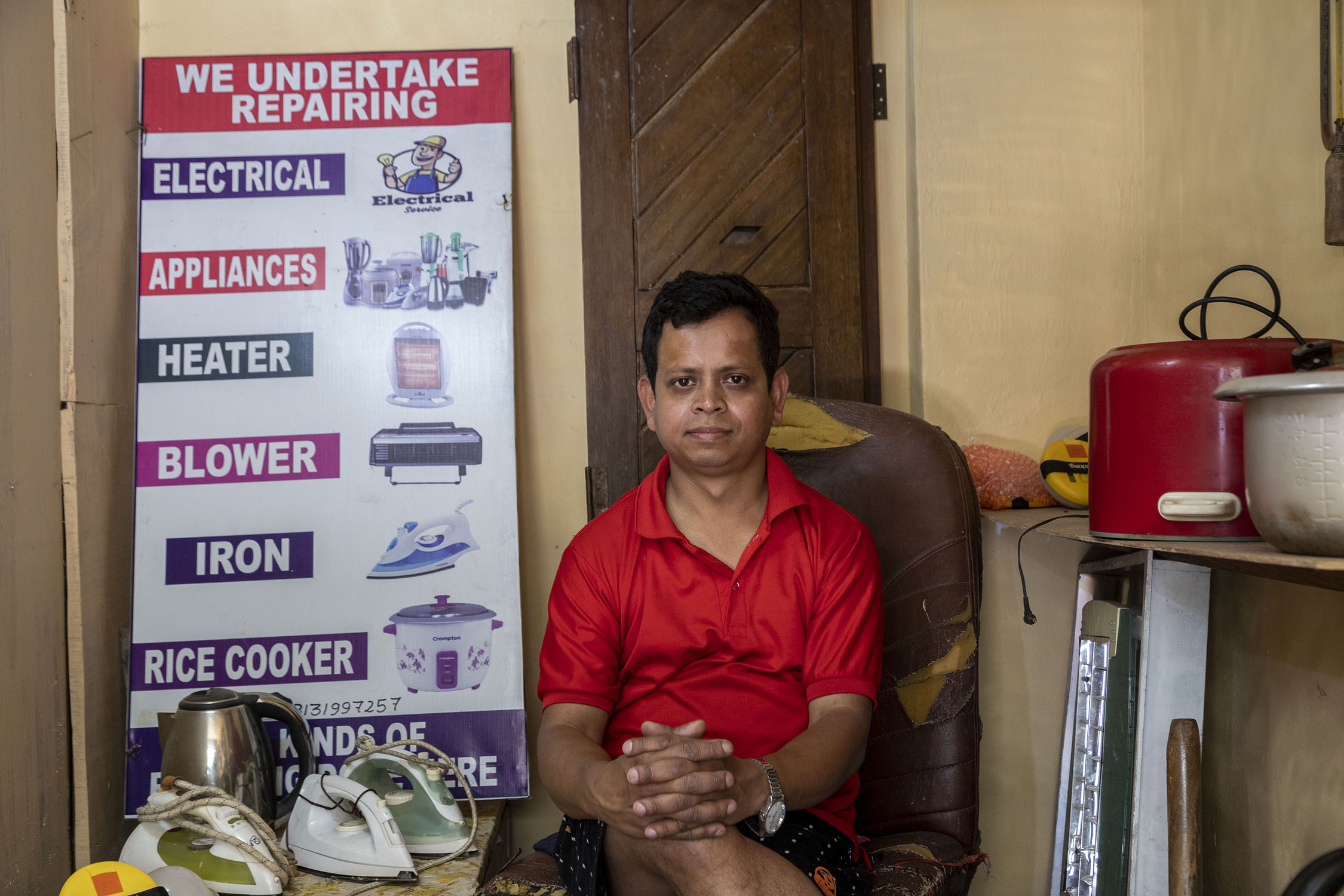 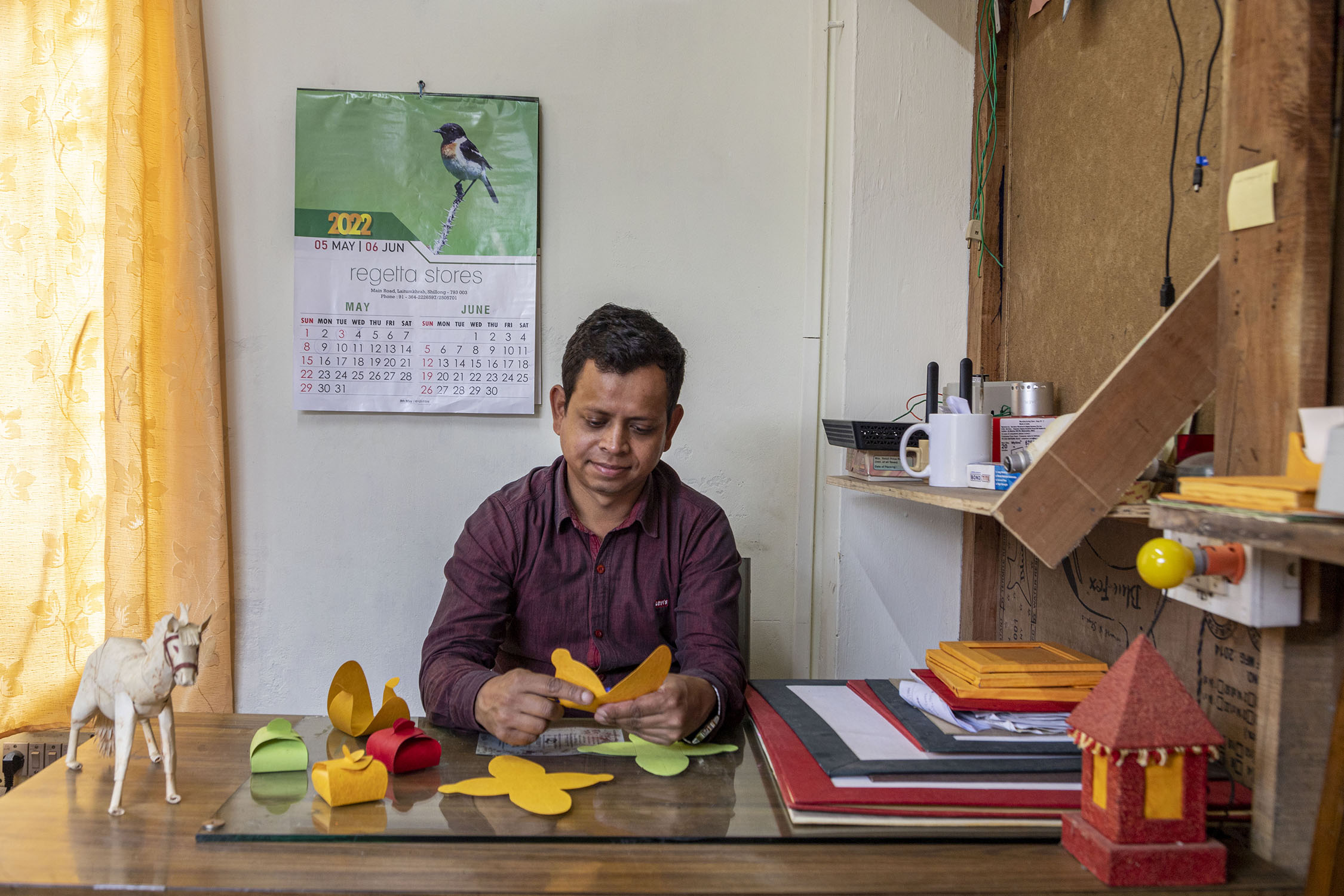 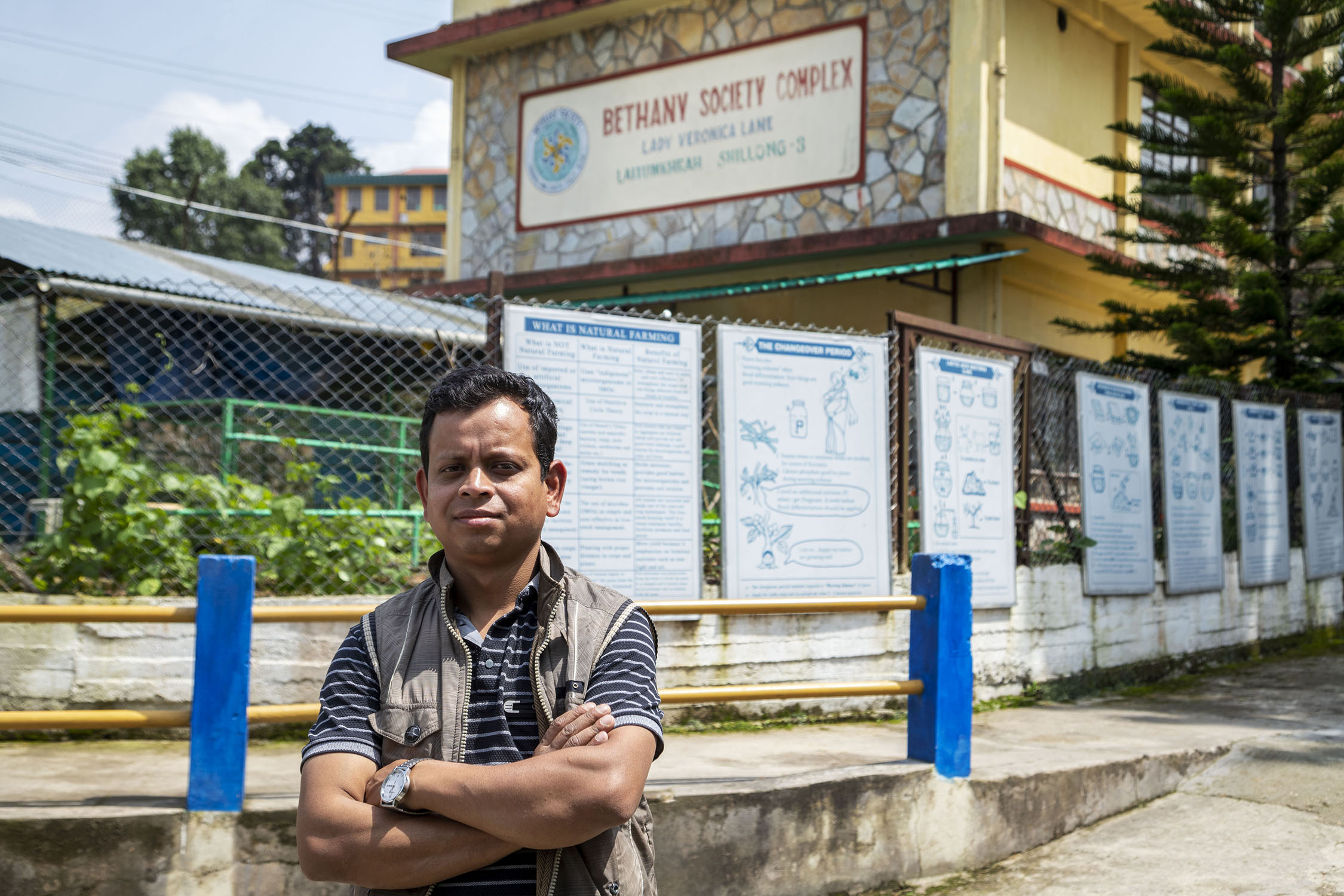 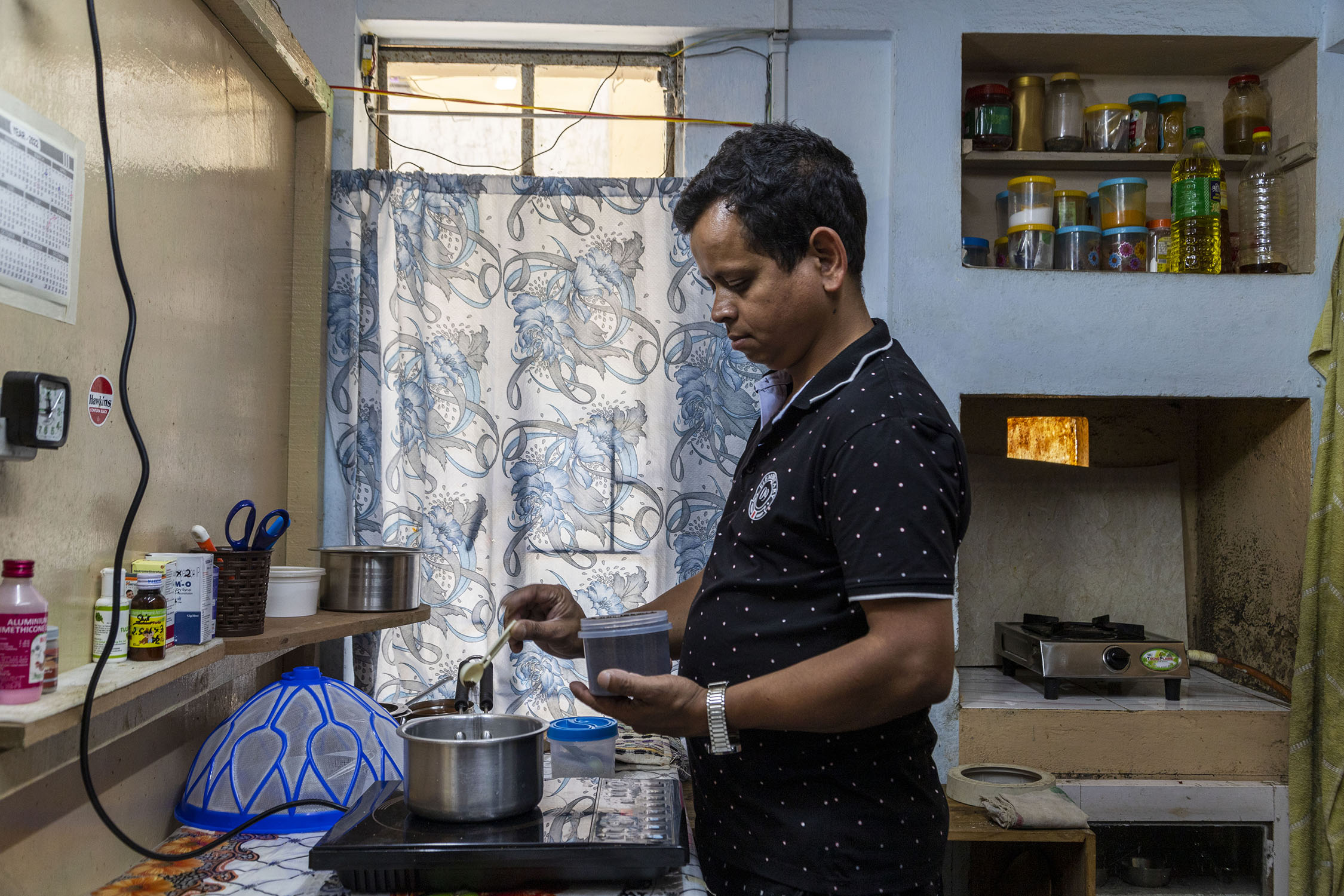 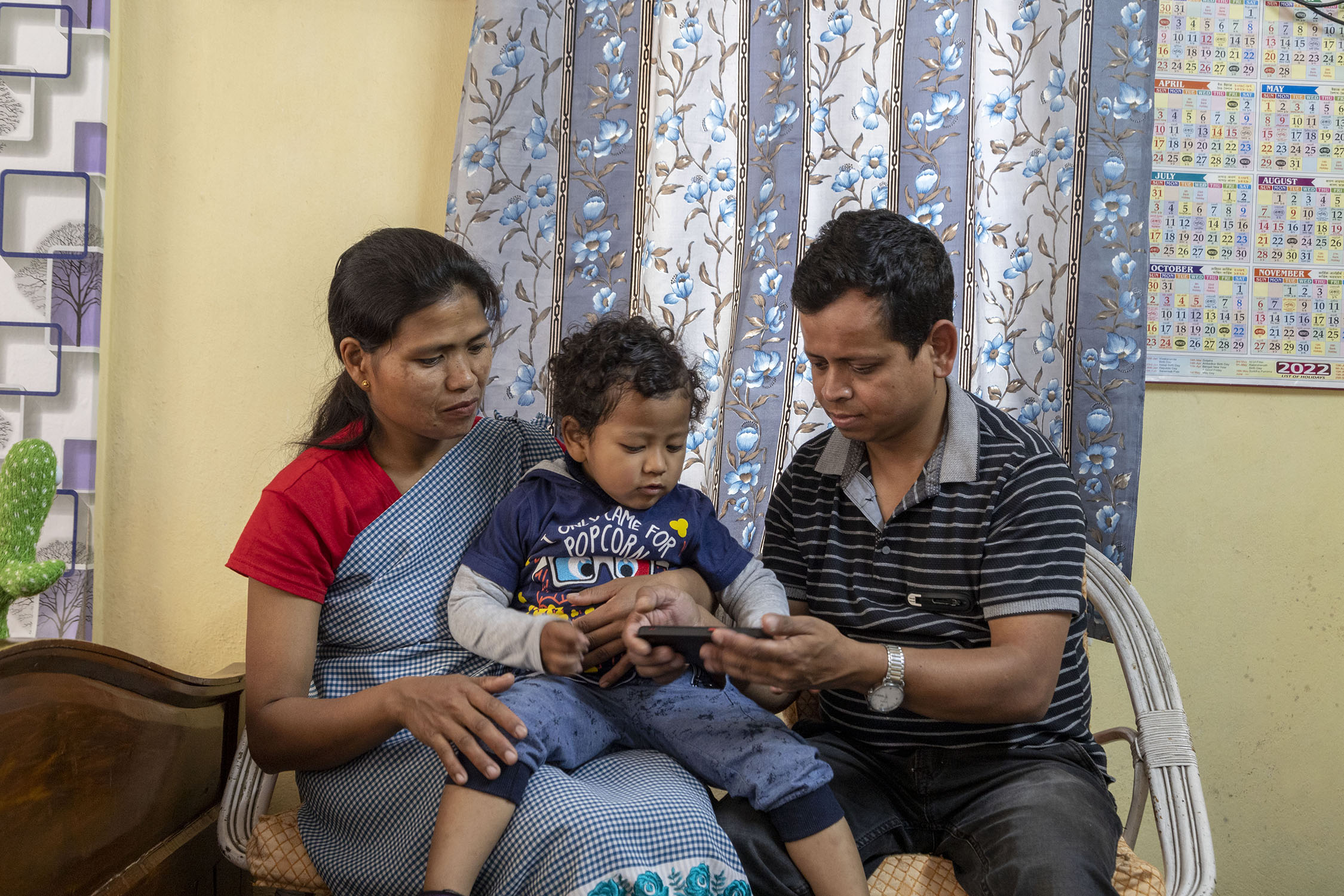 Three-year-old Rith Dey Nongrum from Shillong, Meghalaya goes to nursery school and knows the English alphabet. But he has yet to learn his mother tongue, which is the same as his ‘father tongue’. No, we’re not speaking of Khasi, Garo or Jaintia or any of the other languages spoken in the state. This tongue is known by only a minuscule fraction of the population, although at least five million Indians would benefit from using it.

We are speaking of Indian Sign Language (ISL). It’s a language that Shibashish Dey (40) and Shamonlang Nongrum (33) have in common. We were curious to know from Shibashish how a Deaf couple communicated with their hearing tot. “I am slowly teaching him how to Sign,” he messaged us. “On Saturdays and Sundays my cousin teaches him to speak English.” Rith also absorbs language from watching Kids TV. He must now learn to make the connection between the spoken and the silent languages, between word and gesture.

Shibashish was born deaf, to Sunil Dey, a taxidriver, and Lila Dey, a homemaker. Their other son and three daughters were all hearing. Through his interpreter Ridahun Khriam, Shibashish told us that as an infant he was constantly crying because he did not know how to express his basic urges to his mother. When he was two years old he started to point and use gestures to indicate that he was hungry, that he wanted to eat, to drink and so on. Nursery school was a disaster because he couldn’t hear and didn’t know what was going on. Sunil and Lila took him to Tripura for a hearing test. They stayed there for a year and he was fitted with a hearing aid. After they returned they admitted him to the School and Centre for Hearing Handicapped Children in Shillong.

ISL is taught in less than 700 deaf schools in India. The teachers of most deaf schools don’t even know ISL since there are fewer than 300 Sign interpreters in the country! “It became very difficult to pursue my studies so I stopped at Class 8,” said Shibashish, echoing what thousands of other deaf and hearing impaired Indians have experienced. We fail to grasp the elementary difference between Sign and spoken/written communication: that while one conveys ideas the other requires knowledge of grammar and syntax. In Sign you don’t need to know about noun, pronoun, verb or adjective. The Indian Sign Language and Research Centre (ISLRTC) was set up only in 2015. ISLRTC is compiling an ISL dictionary with standardised Signs to be used across India (since some regional differences currently exist).

Shibashish is as an assistant teacher at Roilang Livelihood Academy, the vocational training centre of Bethany Society which creates opportunities for persons with disabilities and the rural poor. He is a multi-tasker, says Ridahun who also works at the centre. He does screen printing, makes wedding and other invitation cards, is a plumber, an electrician, and takes care of maintenance on the campus, undertaking any and all repairs needed.

Shibashish met Shamonlang at Roilang in 2014 and after a silent courtship of four years they got married in 2018. Two telling pictures hang side by side on a wall of their home: Jesus and Shiva-Parvati! Yes, he tells us, he is a Hindu and Shamonlang is a Christian, but what does that matter when two hearts beat as one?

Shibashish’s hobbies are cooking and watching TV. He says, “I wish the world would be accessible to disabled people so that they can enjoy life.”