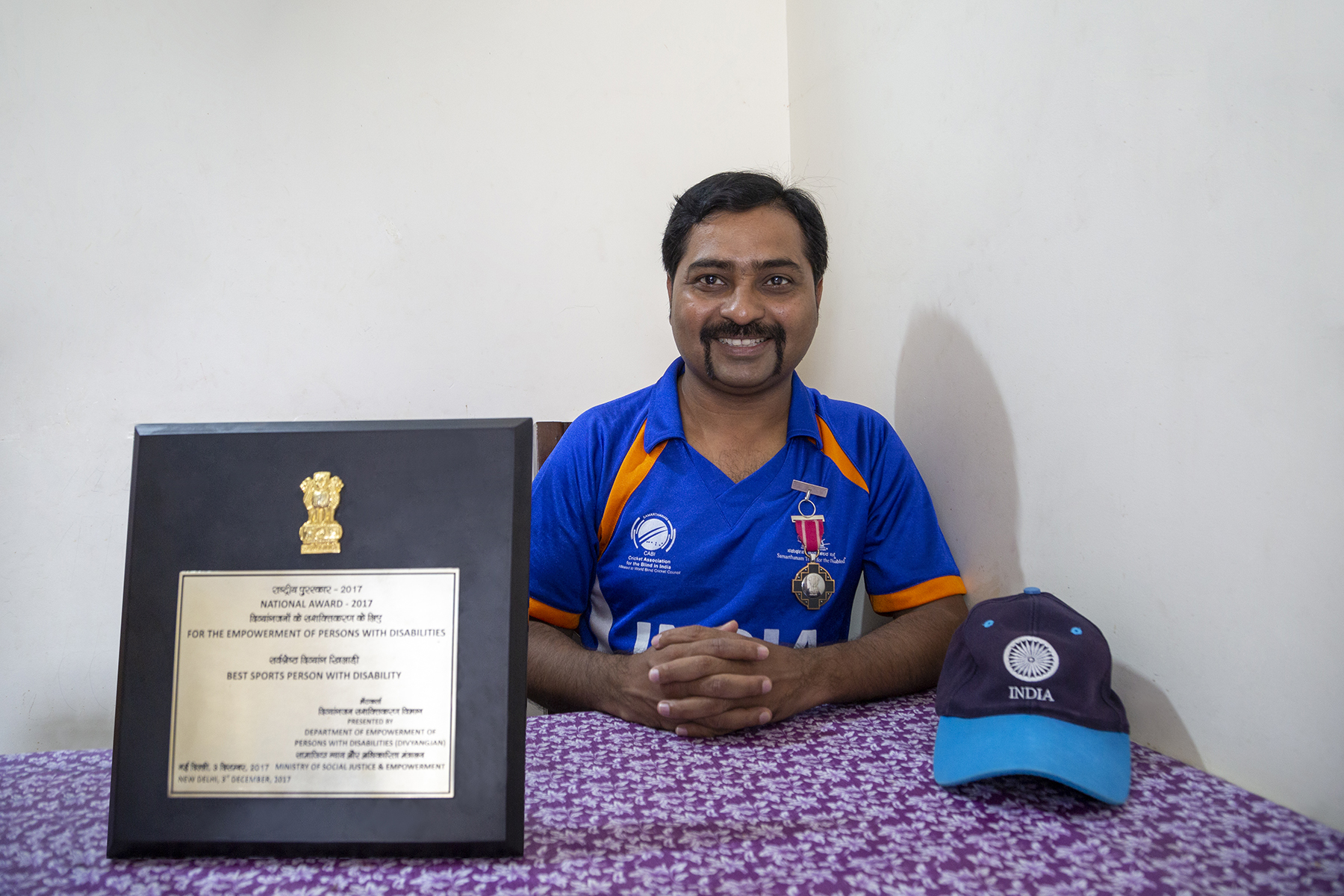 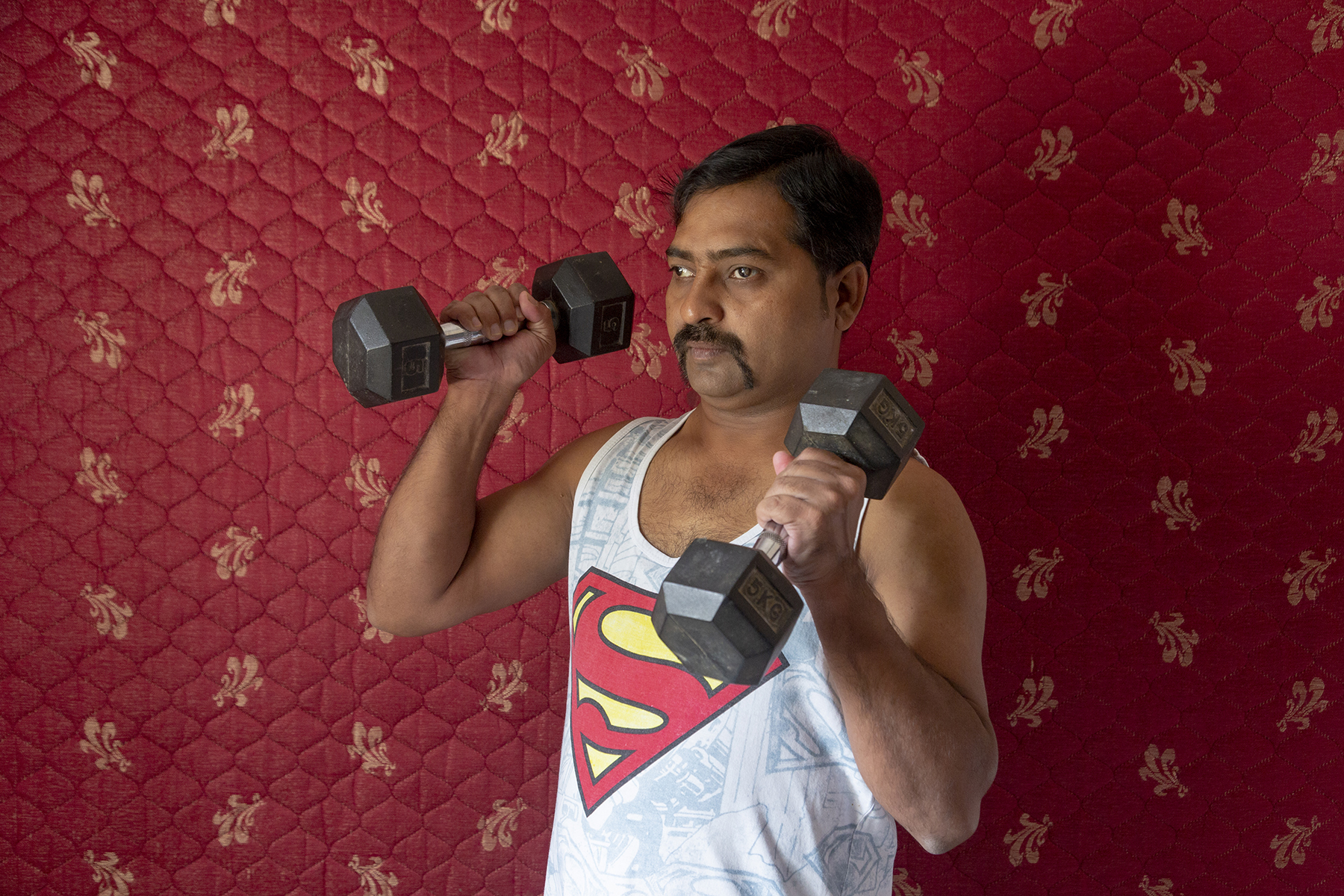 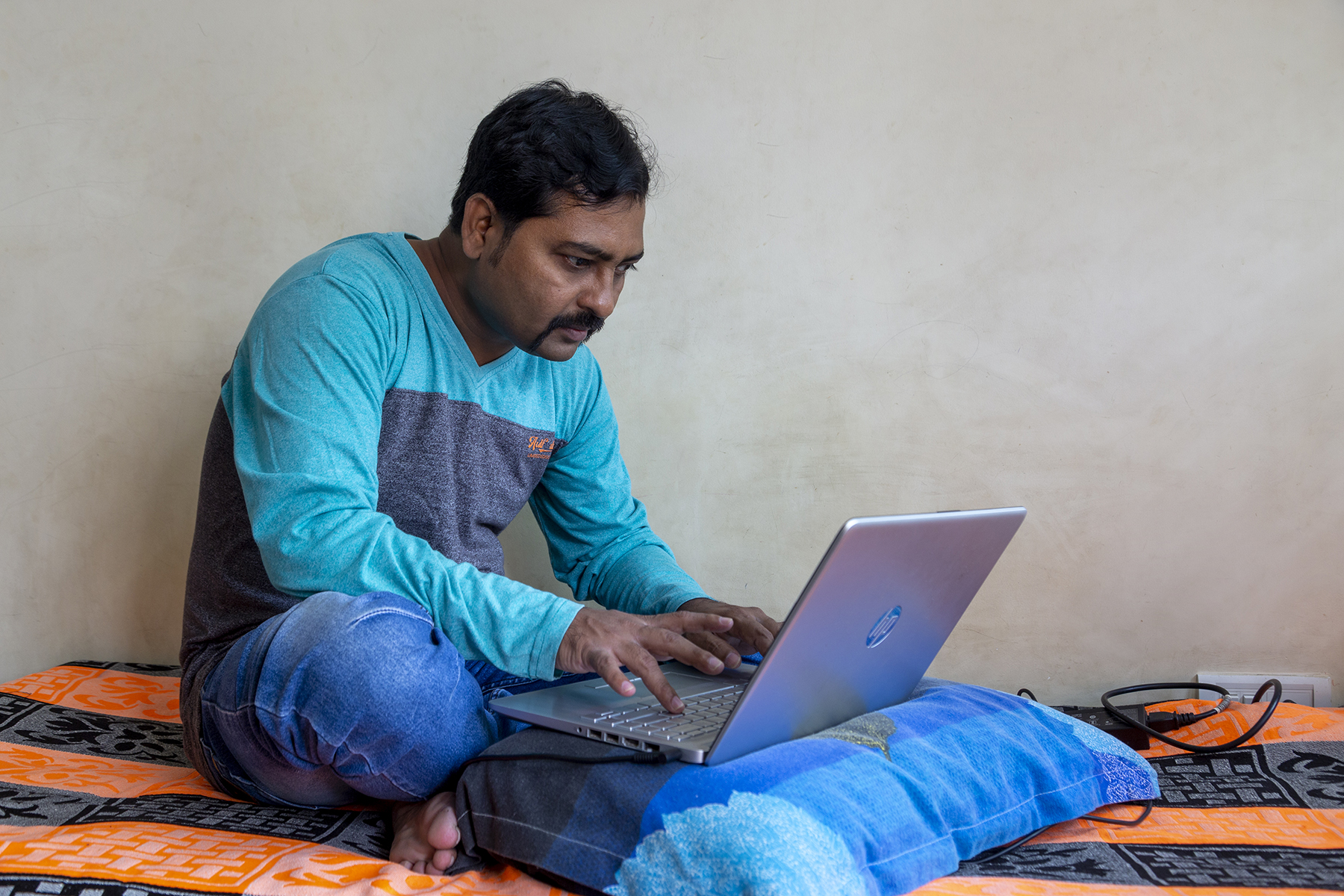 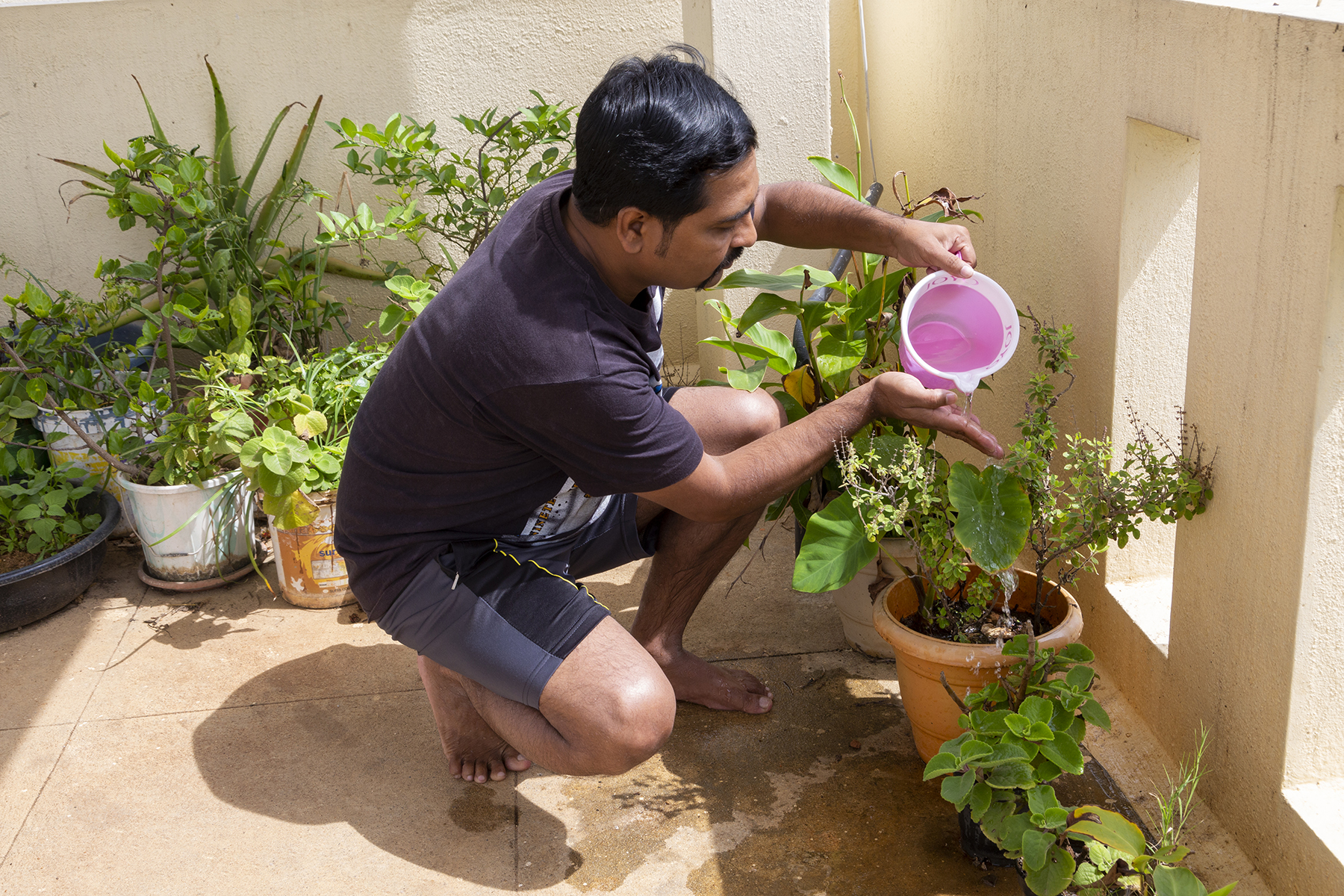 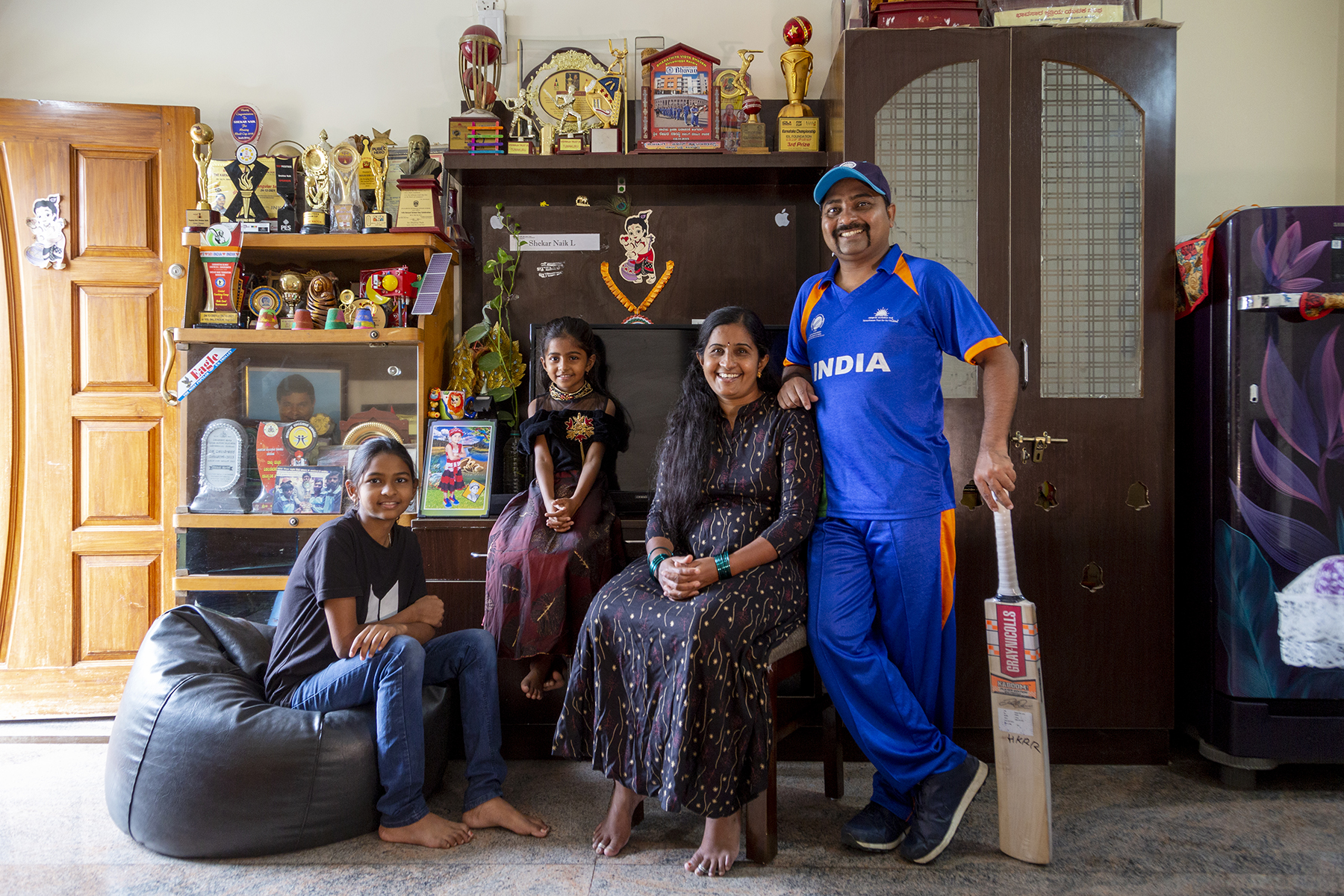 “Parents of visually impaired children should not hold them back. They should support their children by utilising the opportunities the government provides”

When Shekhar Naik (36) was a little boy growing up in Shivamogga, Karnataka, he used to feel dejected because he couldn’t play gilli danda and kabaddi with the village children. They saw no point in including a blind boy in their games. His mother Jamila Bai would soothe him by saying, you should play a game so well that those children should come and beg you to let them join in. Who knows whether her words lingered in the sub-conscious of this Padma Shree award-winning blind cricketer.

Shekhar, a member of the historically nomadic Banjara community, was born blind. His late father Lachma Naik used to work on other people’s sugarcane fields: he would cut the cane stalks and Jamila Bai would bundle them. Shekhar’s blindness is hereditary: Jamila was blind and so were her parents and many of her other relatives.

When he was eight, Shekhar fell and hurt his head on the side of a canal. It was a fortuitous accident because when he was taken for treatment to a nearby health centre, the doctor who examined him mentioned that it might be possible to partially recover his vision. His parents immediately brought him to Bengaluru where, after an operation, his right eye acquired 40 per cent vision.

Lachma Naik died that same year, 1994. Jamila sent Shekhar to Sri Sharada Devi Andhara Vikasa Kendra, a Shivamogga-based centre for uplifting the blind. Education was free and sports and cultural activities were given prominence. Shekhar was drawn to music and dance: he learnt to play the veena and perform Yakshagana, a traditional theatre form of coastal Karnataka. He also learnt swimming, which kindled his interest in sport, particularly cricket.

Shekhar regrets that his mother didn’t live to see him chosen for the school cricket team; she died when he was 12. When he notched up a good score in one of the matches, Cricket Association for the Blind in India (CABI) spotted his batting talent. CABI is an initiative of the award-winning Bengaluru-based NGO, Samarthanam Trust for the Disabled. In 2001 he was selected to the state blind cricket team and secured a spot in the Indian team to play the 2002 Blind Cricket World Cup. At the tender age of 16 he won two ‘Man of the Match’ awards playing Australia and Sri Lanka. Cricket had entered his blood and was to remain a driving force.

In 2005 he moved to Bengaluru looking for employment with the help of Samarthanam. “I worked for a company as a lift operator,” he recalls. “But I kept taking off to play cricket and lost my job!” Meanwhile, he met Roopa K.C. who was working in Samarthanam’s accounts section. She was visually impaired but could see with glasses. Dance was their common passion – she was a trained classical dancer and part of Samarthanam’s cultural troupe. They married when she was 22 and he, 23. They have two daughters: Poorvika, studying in seventh standard and Sanvika, in second standard. “I completed my graduation in Kannada medium but learnt English, Hindi and a few other Indian languages,” he says.

Shekhar’s cricketing prowess touched new highs: from ‘Man of the Series’ during a Pakistan tour of India to captaining the Indian team in 2017 to win the first ever Blind T 20 World Cup organised by CABI. In 2017 he received the Padma Shree award from the Government of India as well as the Karnataka Rajyotsava Prashasti. But he didn’t rest on his laurels. In 2019 he started the Shekhar Naik Foundation to support upcoming blind cricketers. Various institutions have come forward with funds. “This year we received USD 5000 which will cover the cost of kit, uniform and other equipment for around 100 cricketers,” he tells us.

For the past 18 months Shekhar has been working with IIM Bengaluru as an exam coordinator for their Executive Education program. He maintains his fitness regime and goes running by holding his friend’s hand since his vision is poor. And it will deteriorate further due to retinal pigmentation, he informs us. Before he turns 60 he might lose his vision completely. But he concludes: “Disability is not a weakness. It is our strength.”