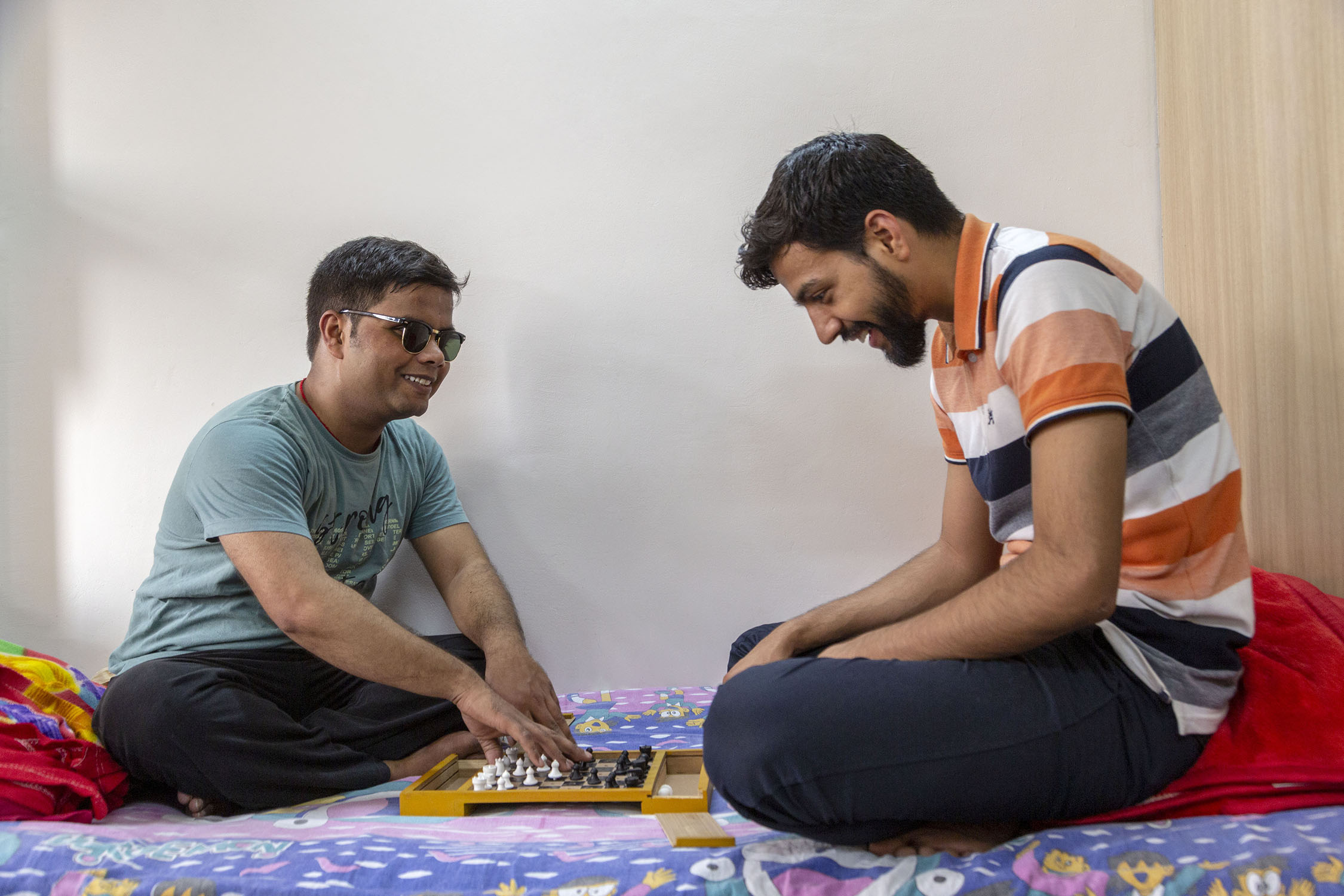 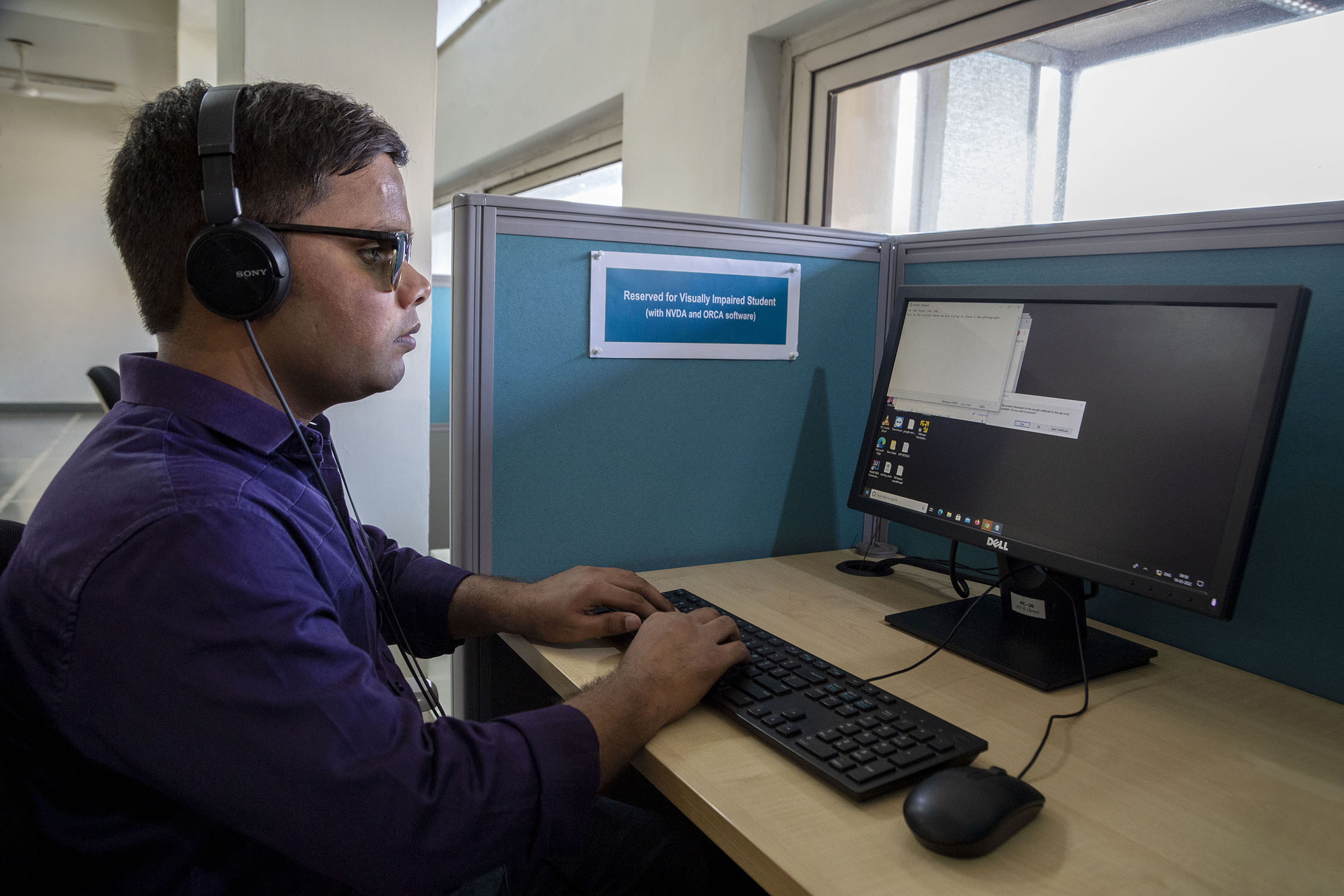 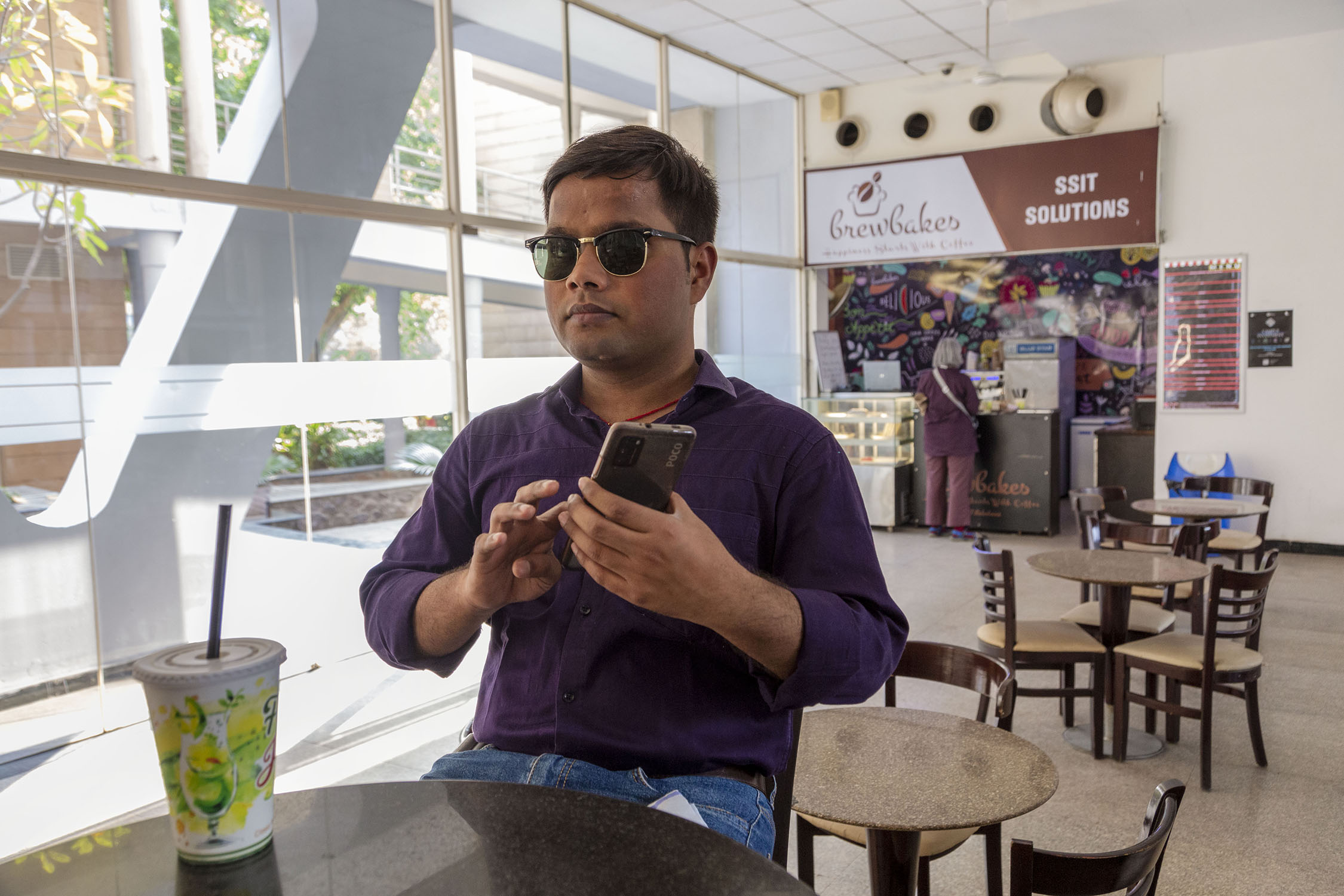 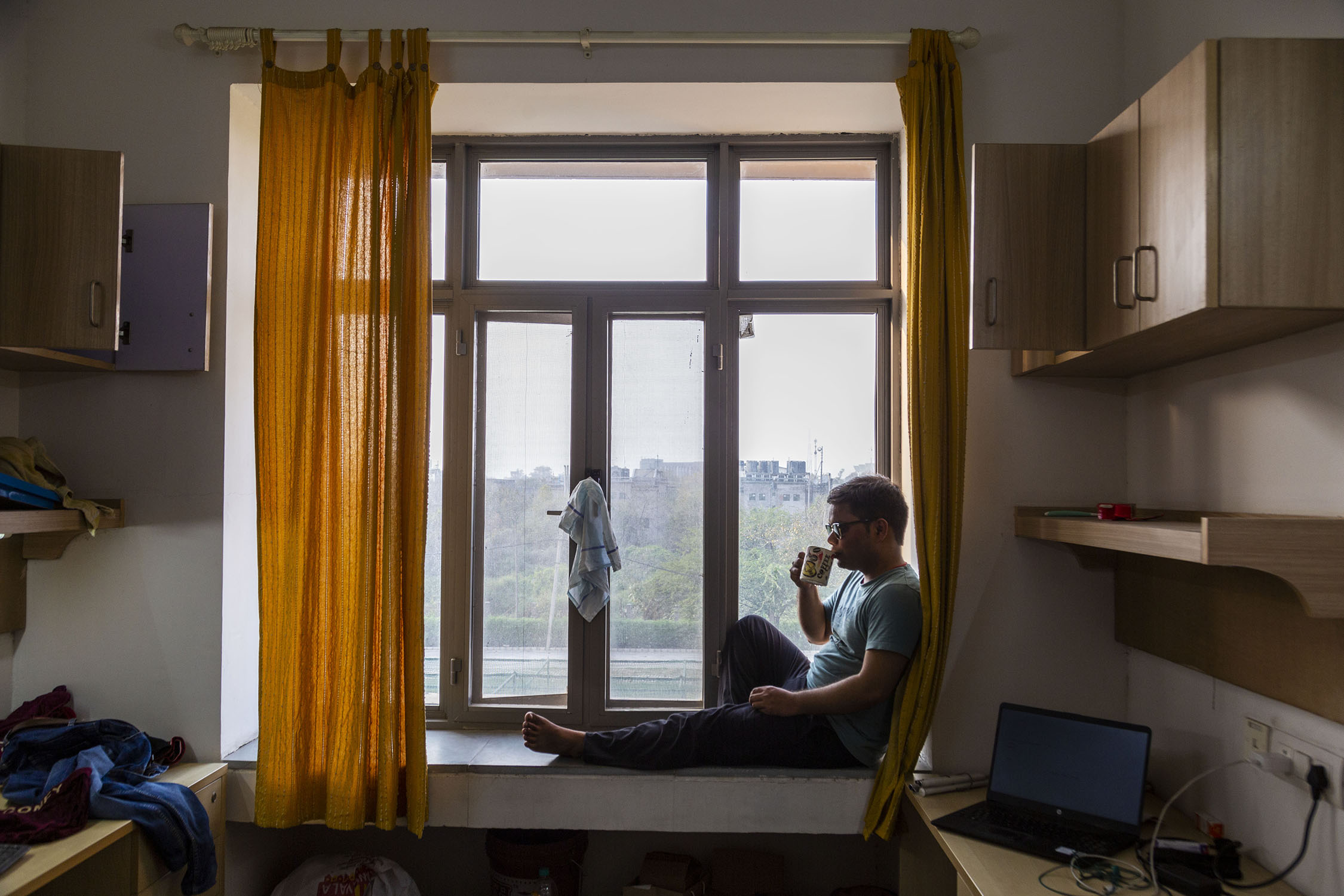 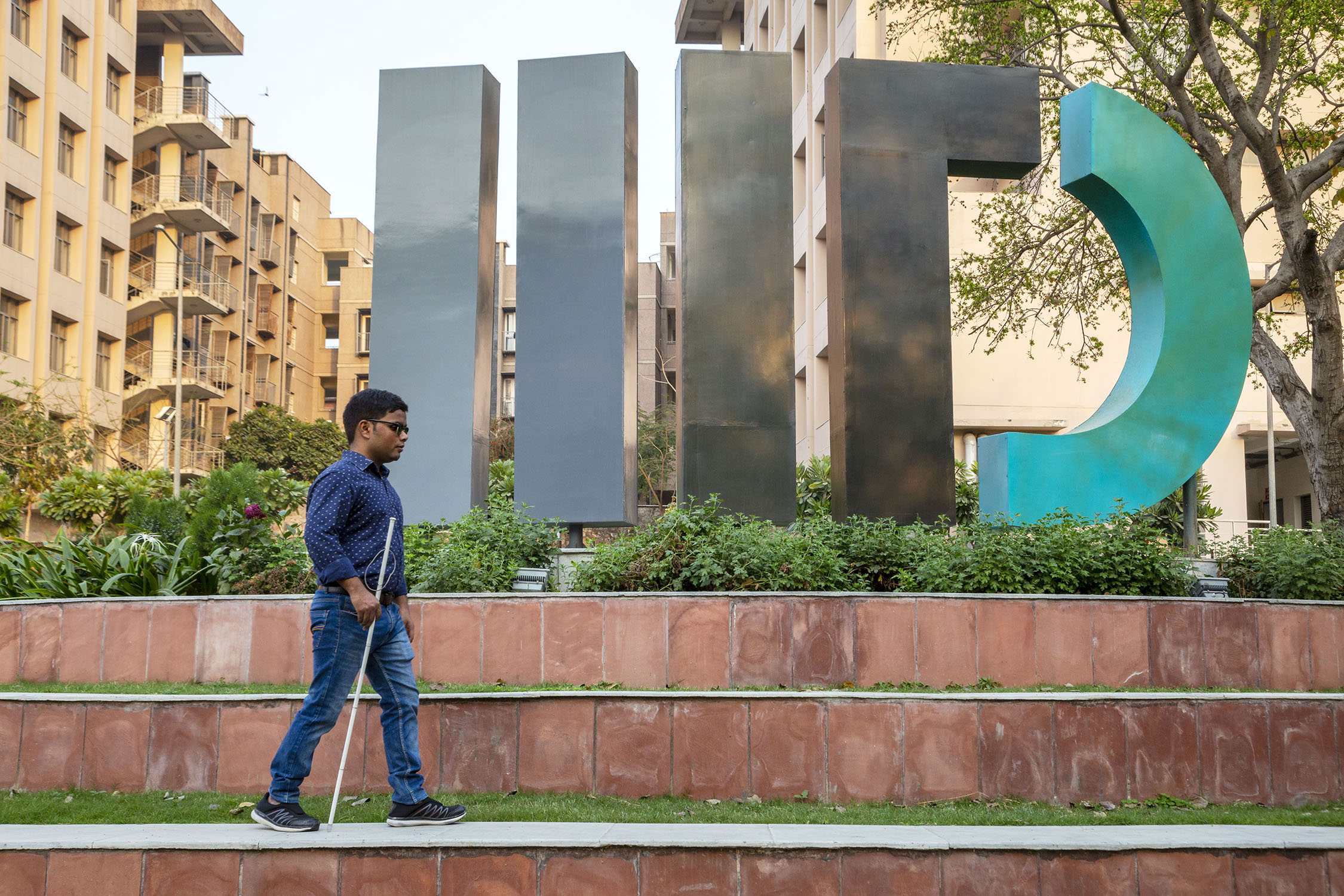 Saurabh Prasad was 11, playing with his younger brother Raj on the terrace of their home in Jharkhand when he fell 20 feet to the ground below. Miraculously he survived with no major physical injuries but the fall probably advanced his infantile glaucoma because in just three years he had totally lost his vision.

Saurabh, now 22, is the middle child of Mahesh and Monica Prasad who are school teachers in Tandwa in the forested Chatra district. The government school where he studied was ill-equipped to teach him when he went blind at 14. He joined St Michael’s School for the Blind in Ranchi and with difficulty he managed to adjust to the culture of the “big city”. But since he didn’t know Braille he was admitted to kindergarten! The academically bright teenager was deeply disappointed and insisted that his father find an alternative. His brief stint at St Michael helped him learn Braille, however.

Saurabh moved to Model School for Visually Handicapped in Dehradun after clearing the entrance exams for Class 8. “Dehradun was a different environment. I found mathematics especially hard, and I wasn’t sure if I could cope,” he remembers. Every day after class he would sacrifice his leisure to practise math. His determination to master the subject bore fruit: he topped the class in the math exam.

Science fascinated Saurabh. However, despite his superb performance in the Class 10 science exam he couldn’t pursue it further at Model School since it offered only Humanities. Heeding his incessant plea to be allowed to take up science his parents took him for an interview at Delhi Public School. He cleared the entrance test but his father was stumped by the daunting school fee of Rs 1 lakh and he went back to his old school.

Saurabh had stoically resigned himself to his fate when, out of the blue, the National Association for the Blind (NAB), Delhi stepped in to support him. He could join Tagore International School in Delhi for a subsidised fee of Rs 40,000, and NAB would also sponsor his travel and accommodation. As the only visually impaired student in a mainstream school, Saurabh found himself in yet another unfamiliar environment but he quickly adapted, and the school waived his fees to reward his excellent grades.

His next target was the Indian Institute of Technology. “IIT was my dream, my ultimate goal,” says Saurabh who made full use of the pandemic-induced lockdown and shift to online classes to rigorously prepare for the Joint Entrance Exam. Altruistically aiding him in his endeavour were Dr Uma Maheshwari, a professor at IIT Delhi and Dr T.K. Bansal, a former Physics lecturer at IIT Kharagpur who retired prematurely due to his fading vision. His marks did not qualify him for admission to IIT but he quickly got over his disappointment and joined the Indraprastha Institute of Information Technology, Delhi. Incidentally his elder brother Shubham (23), a computer science graduate, is now hunting for a job.

Saurabh is not just a bookworm, though. After learning chess from his seniors in school (Blind Chess is a significant international sporting event) he reached the finals of a national-level tournament in 2017 organised by the Blind Relief Association. “I now play chess for entertainment and not to compete,” he says. He is also involved in Hindi theatre as part of Machan, his college drama club. He lends his voice to narration and has played the roles of a doctor and a baroness on stage!

Saurabh observes that most blind students do not pursue STEM (science, technology, engineering, and mathematics) as they perceive it to be too complex to handle. That is why he makes time to coach blind and visually impaired students in Classes 6 to 12 in STEM subjects. Delhi NGO Pratam Trust has helped in sourcing the 25 students whom he now coaches through online platforms by sending them recordings of his sessions.

To work in the software industry, to build even more accessible software for the visually impaired, to create a model for an inclusive and accessible virtual classroom – these are the goals that Saurabh has set for himself. Being a recipient of the 2021 NCPEDP-Javed Abidi Fellowship on Disability will doubtless spur him on to fulfill these goals.