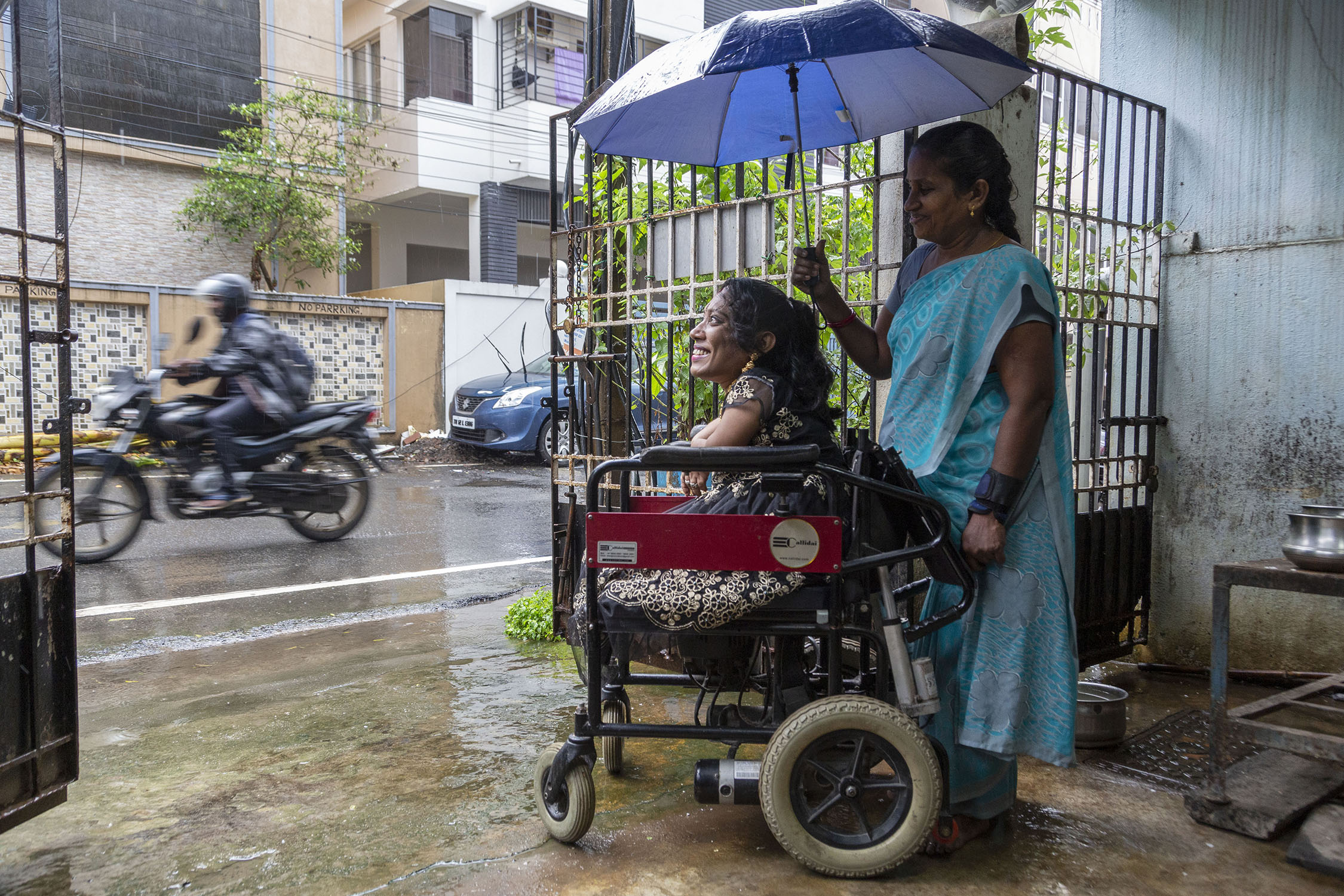 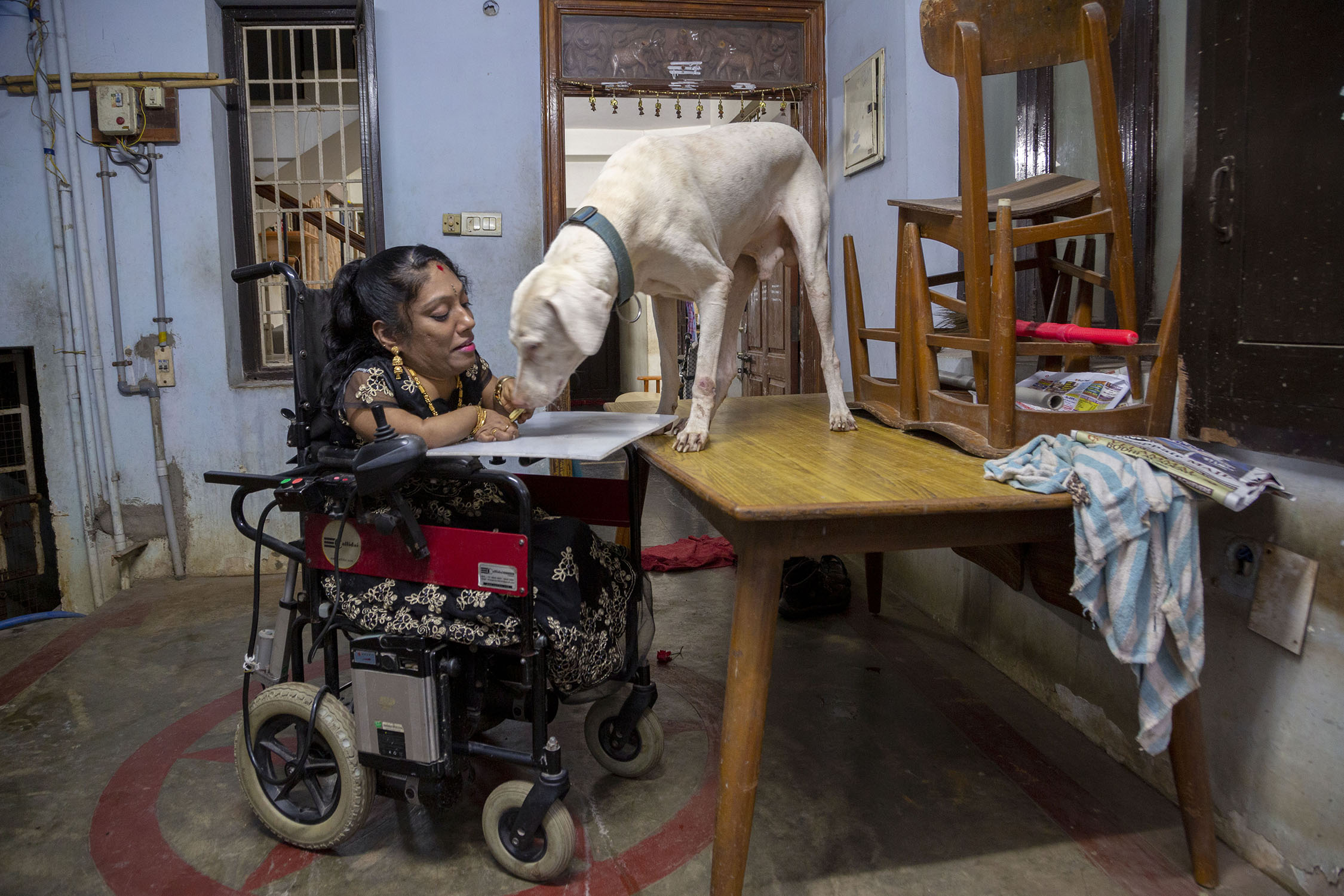 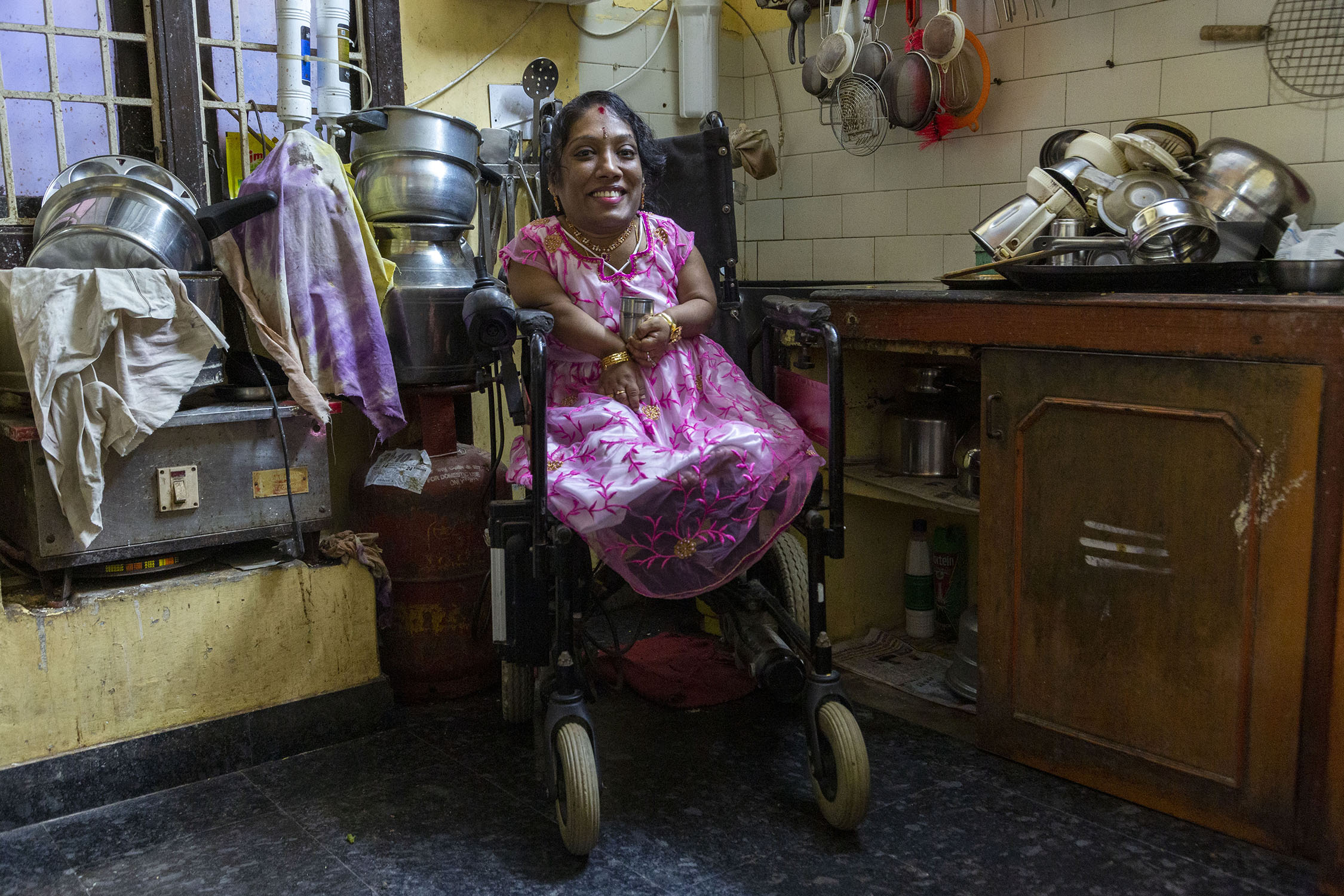 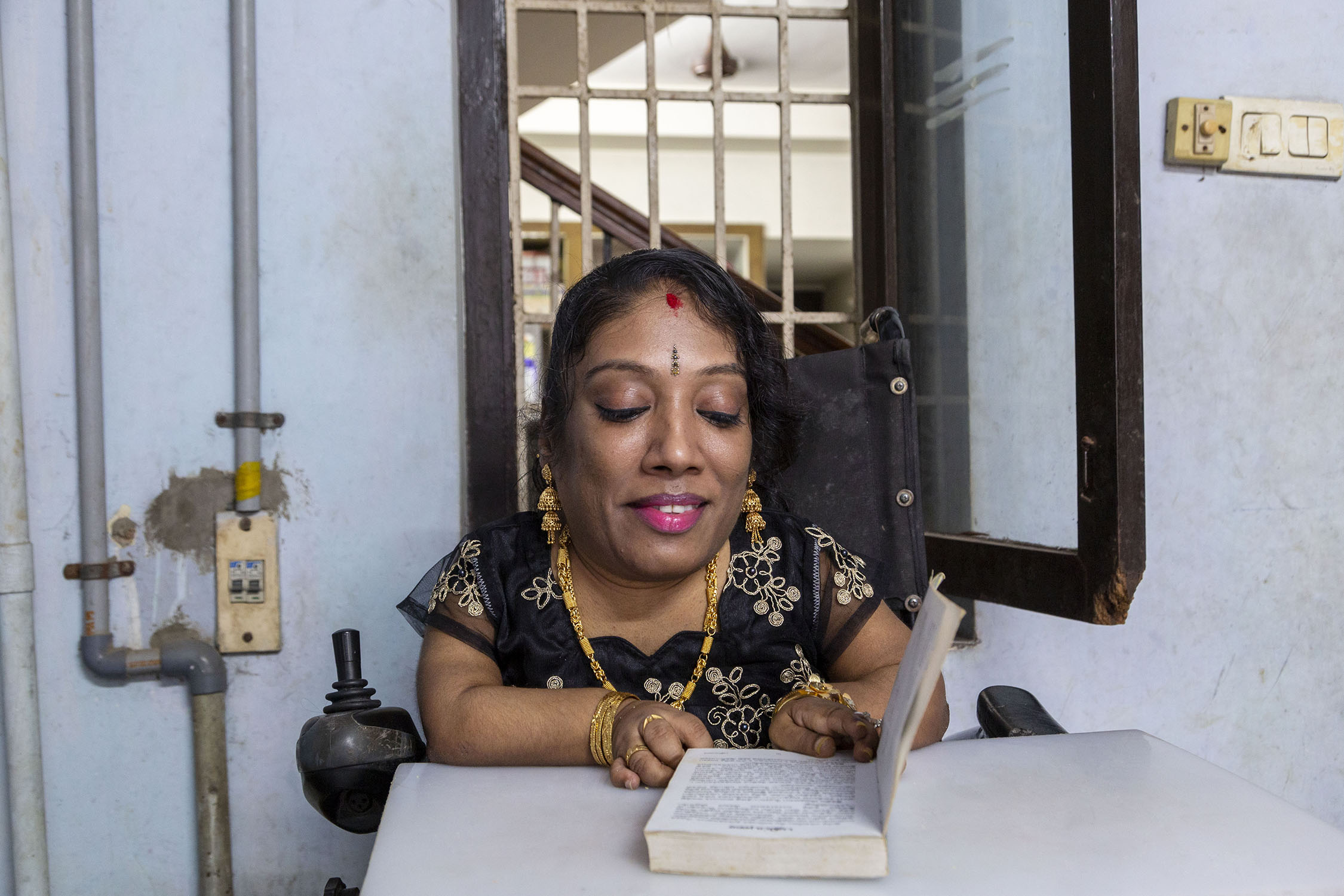 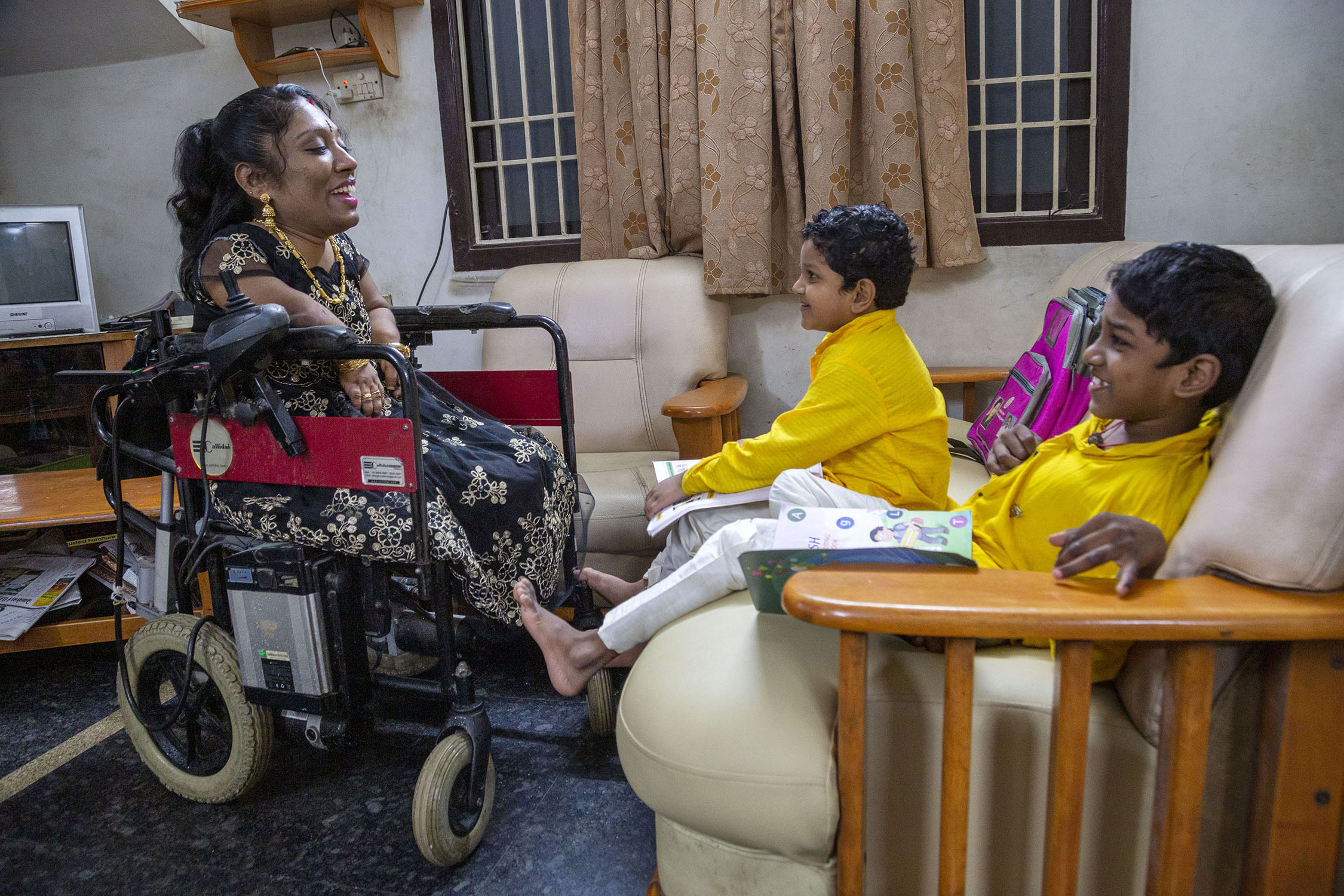 “We have physical and emotional needs too. We should be able to have a companion in our lives”

The youngest child is usually the most petted in the family and Roopa Vairaprakash, neé Rajendran (39) from Chennai was no different. Born in Thoothukudi district with dwarfism and spinal injury, she grew up not even once feeling that she was disabled. She says with a charming smile, “My parents were not too educated but they and my four brothers and sisters pampered me with love and care.” When a doctor suggested to her father that their house be made disabled-friendly, he immediately got a ramp and other changes made to provide her easy access. Both parents looked after her physical and hygiene-related needs.

Roopa now regrets that she studied only up to fifth grade. Nevertheless, through her siblings she learnt a lot about computers, especially the Internet. Slowly, she began to explore social media sites through which she connected with her old school friends. She enjoyed going to a reunion they organised in Chennai where they met one another after 15 years.

The family went through an emotionally wrenching time when her mother was diagnosed with dementia. “My mother took such good care of me. She groomed my hair and bathed me till the day she died,” Roopa fondly recalls. After her mother’s death, she slowly started taking charge of the house including buying groceries and managing household expenses. Although her father took excellent care of her, in order not to over-burden him she hired a caregiver for the first time in her life.

A breakthrough occurred when Roopa met Mohanraj Erode while selling her old wheelchair online. Mohan became her friend and mentor. He connected her to a wider group of persons with disabilities (PwDs), which opened up a whole new world. “Till then I didn’t know anything about other disabilities and hadn’t even met other PwDs,” she says. In 2018, she and Mohan started the Yetram Trust which helps distribute powered wheelchairs and administer homeopathy medicines for people with Muscular Dystrophy.

But Roopa says her luckiest year was 2017, when she gave her first interview to a popular Tamil magazine after meeting a journalist who was impressed by her confidence. When she shared the article on social media, her network grew in no time. She started getting invitations to deliver motivational talks. For the first time she gathered the courage to travel all alone by car to Erode for an event.

That was also the year she heard about the Paralympic sport Boccia. Resembling bowling, it is a precision ball sport played by those with severe physical disabilities. After months of weekly training in Chennai, she and her team played for the state for a couple of years. In 2019 they went to Jalandhar, Punjab for a national-level tournament and won the gold medal.

A friend asked her if she was interested in modelling. Roopa says, “I love dressing and makeup and I immediately thought, why not?” Wheelchair ramp-walk events and photo shoots came naturally to her. “I never say ‘No’ to any opportunity,” she says. She even tried day trading on the stock market but it proved too stressful and she gave up after a while.

A major turning point was when she spoke to her father about finding a life partner. “Most PwDs hesitate to talk about this topic and are even scared to mention it to their families,” she says. Deciding to take charge, she first got herself medically ready for marriage, checking with a doctor about the necessary tests to be done. Then, she registered herself on matrimonial sites. Nothing happened for a while but Roopa firmly believed that she was destined to find a match. And she was right. When Vairaprakash’s profile showed up, she was immediately attracted to him.

The two of them clicked but at first they remained just friends. Then he started attending her talks and gained a deeper understanding of disability. They spoke to each other every day for a year before he finally proposed, and they got married in March 2020.

Vairaprakash is an assistant manager in a travel company. “My husband takes even greater care of me than my parents did,” says Roopa, her voice brimming with warmth and pride.