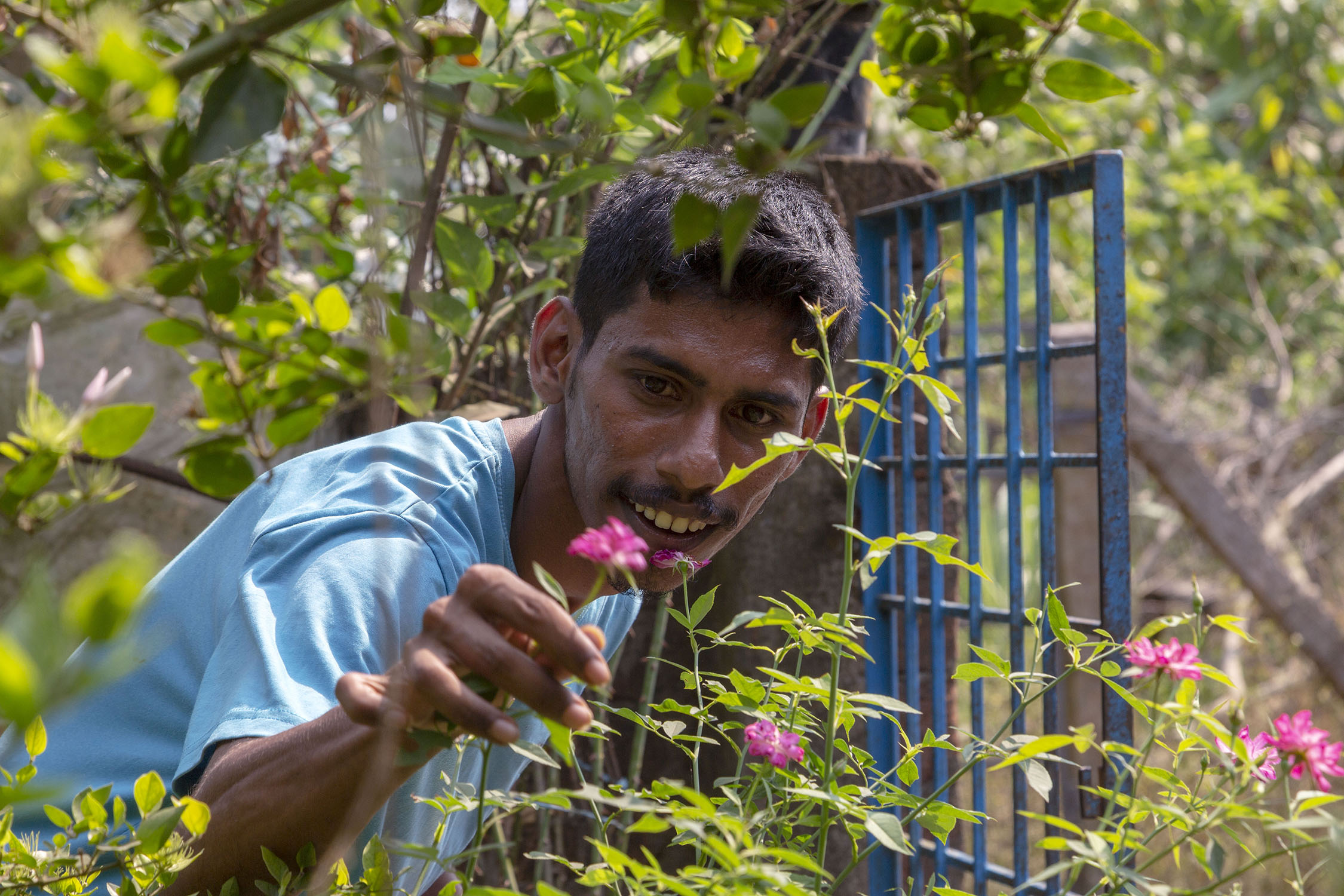 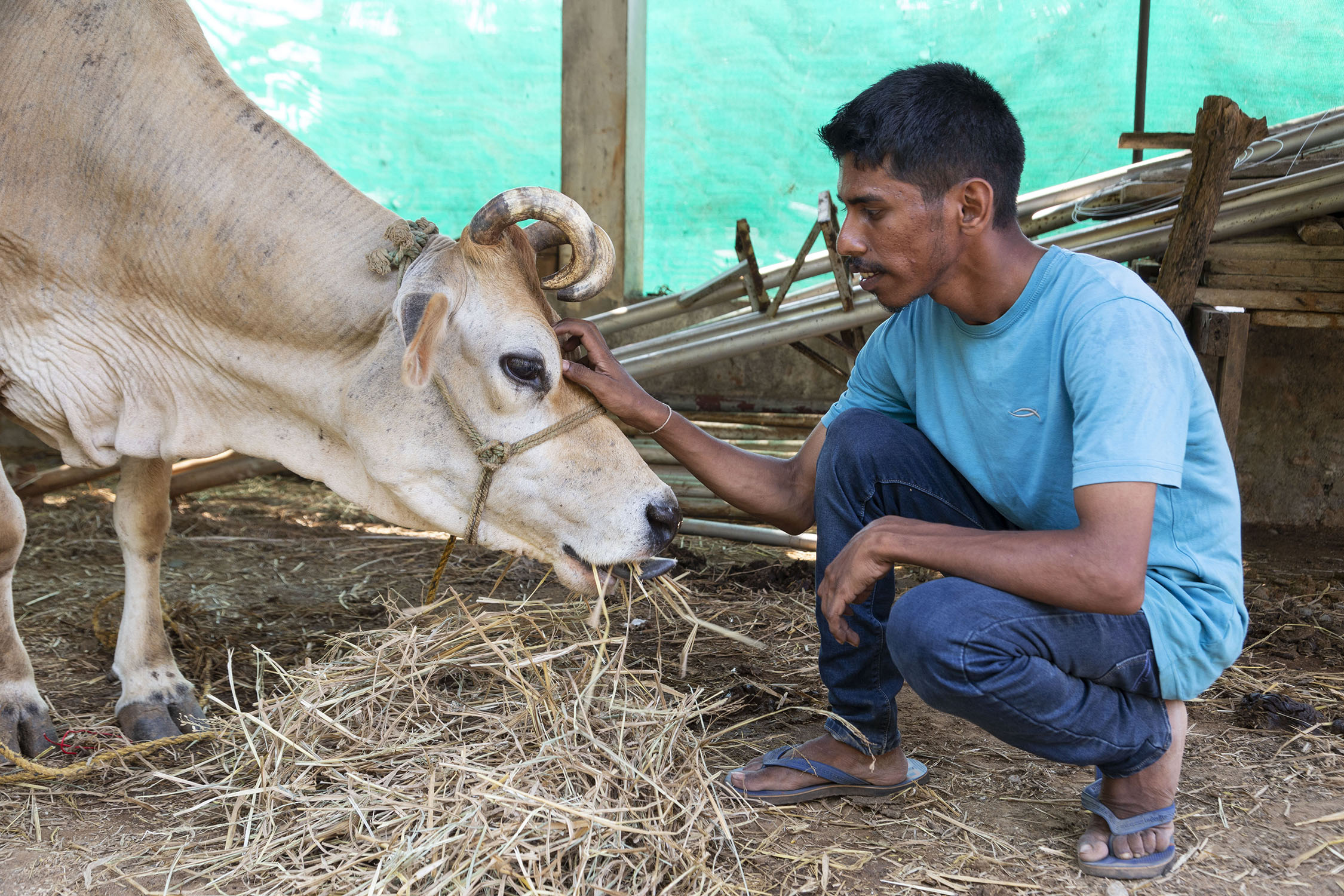 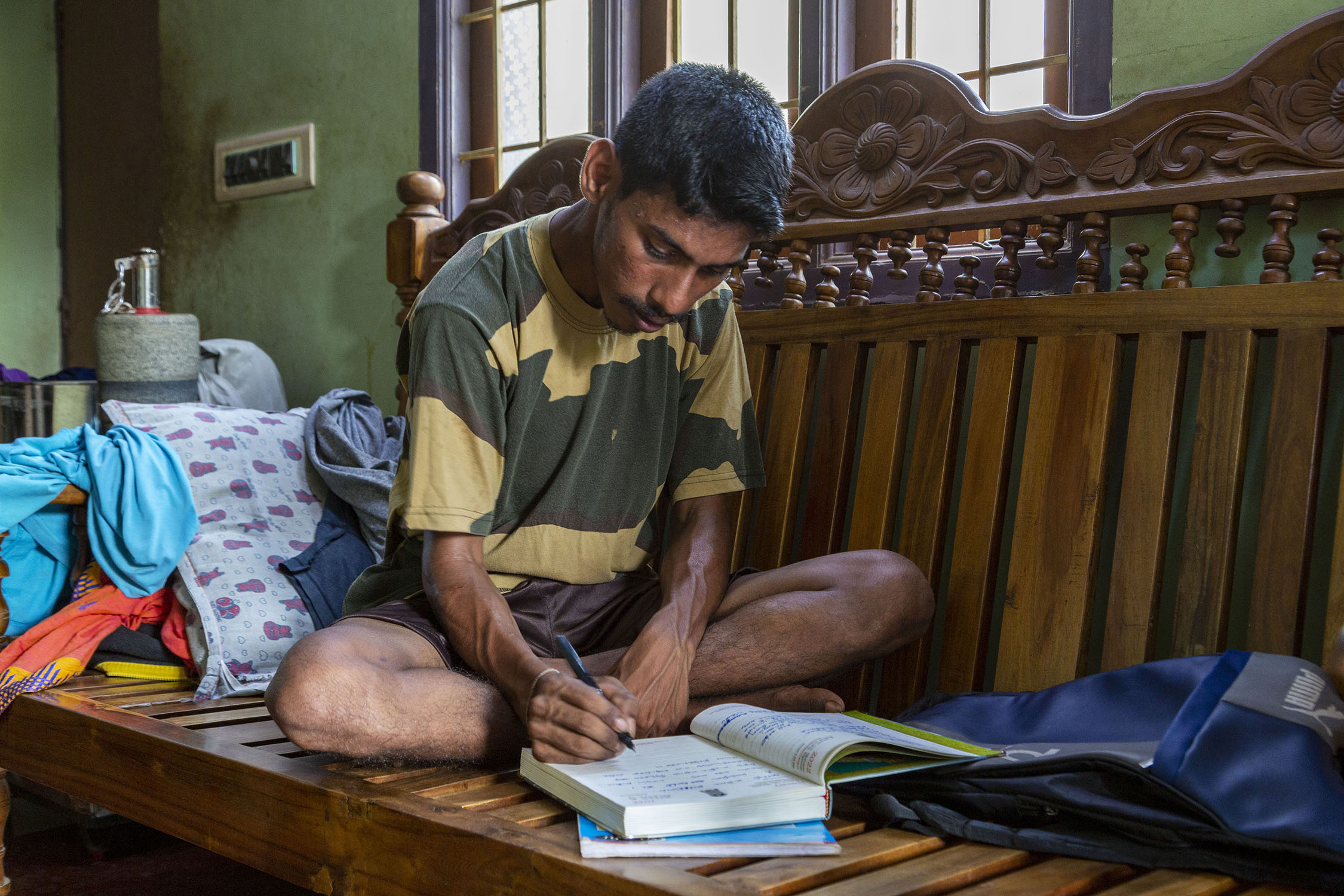 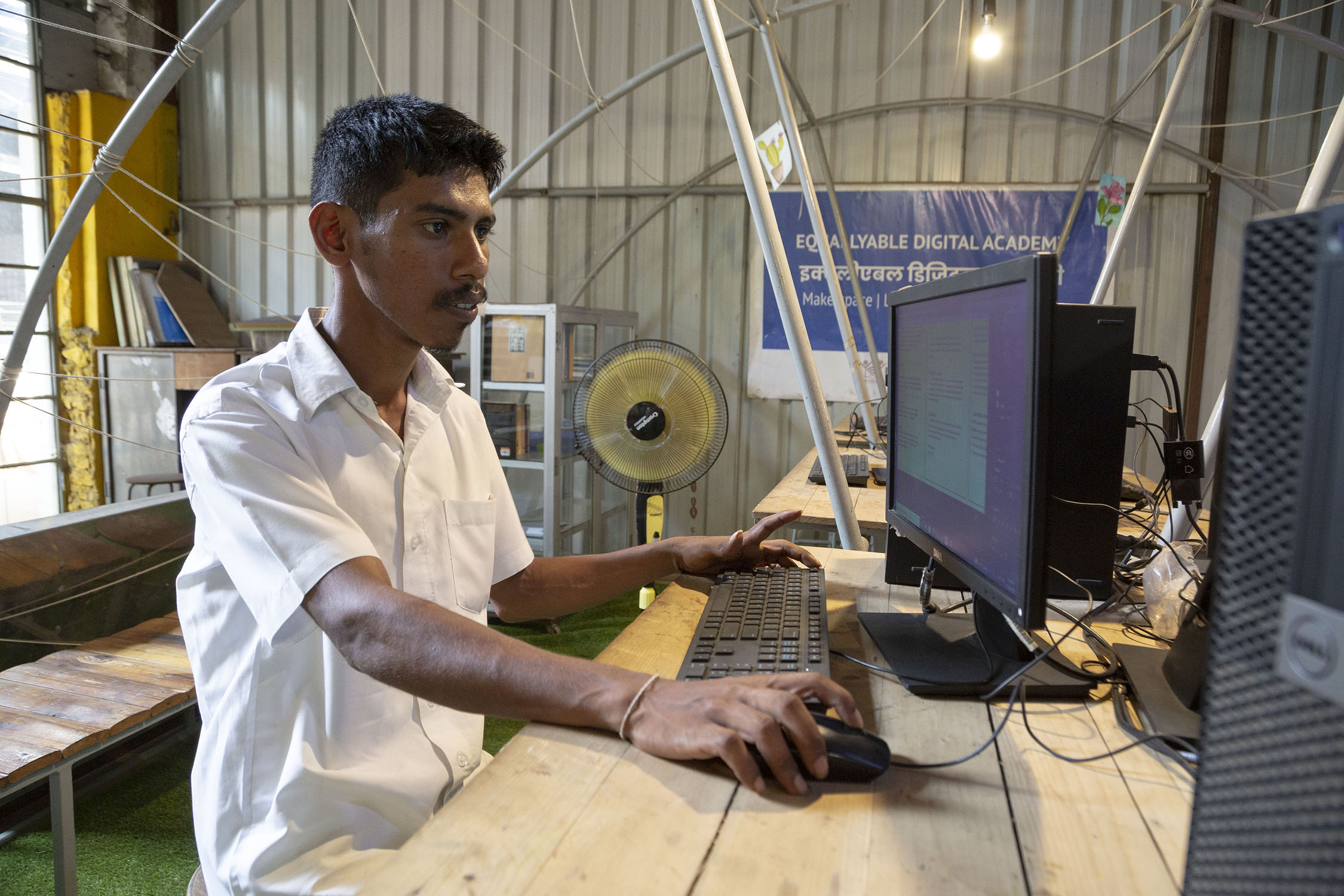 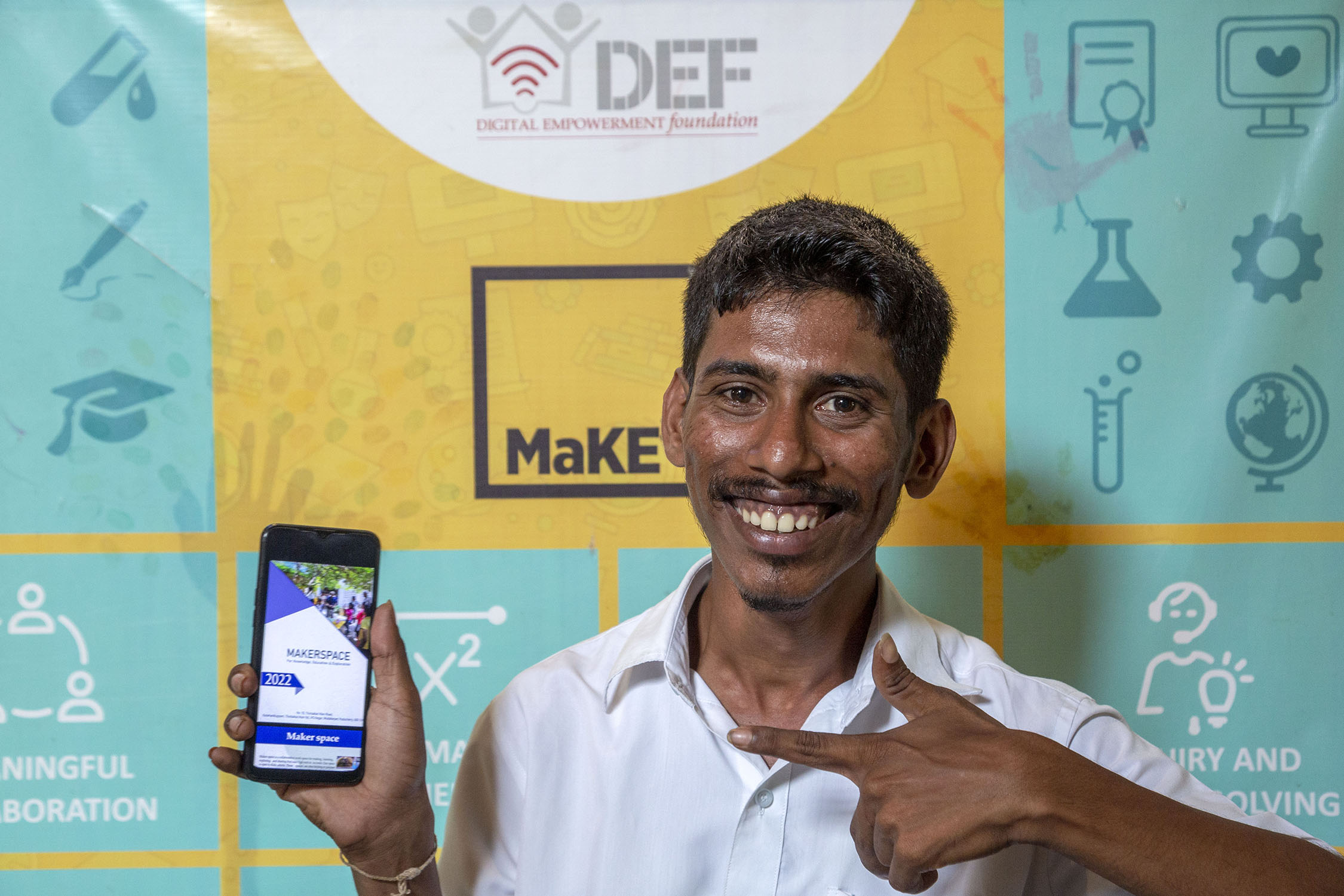 “I want more people to know about my digital talent”

Roman is an unusual name for a baby but when a friend of the family suggested it, his parents embraced it. (The same friend suggested the name Ruken for their younger son.) Roman, who is now 21, certainly turned out to be an unusual individual.

At the time of his birth the family lived with his grandparents in Karuvadikuppam, 8 km from Puducherry (Pondicherry). Kalaivanan (50) is a mason and Vasanthi (48) a housewife. The couple sensed that “something was wrong” with Roman but only found out later that he had Cerebral Palsy (CP) and a mild intellectual disability. (CP is a neurological disorder leading to limitation or loss of function and mobility.)

Roman was a student at Queen Mary’s School in Puducherry till Class 4 and joined Vijayanjali School from Class 5 till Class 10. At school, his teachers treated him well but the other students would occasionally tease him for his disability. That, however, did not deter Roman, who says that he would not take to heart or feel dejected by the taunts of his schoolmates. This positive spirit is Roman’s armour that helps him navigate life with supreme self-confidence.

Roman says that he would understand the subjects taught at school, but his physical impairment impacted his writing skills and resulted in his scoring low marks. Presuming that their son could not cope with academics, Vasanthi and Kalaivanan wanted him to discontinue school after Class 9 but Roman was keen to continue his studies. With his teacher’s support he convinced his parents to allow him to complete high school. His request for a scribe to write the Grade 10 exam was accepted. He credits his principal Ilangovan and headmaster Suresh of Vijayanjali School for believing in him and providing the support he needed.

Satya Special School in Puducherry was founded in 2003 to empower children with special needs and lead the way toward inclusion in education. Roman joined Satya in 2016 and learned data entry. “I loved it,” he says. “I enjoyed working on a computer.” This affinity for computers would take him to new and exciting territory and once again, there were teachers who showed him the way.

Makerspace is a collaborative workspace for children and adults who wish to learn critical skills in STEM (Science, Technology, Engineering and Math) fields. Its co-ordinator Sarguru Thirumoolar says, “I met Roman in December 2021. He was keen to learn Graphics Design and used to travel up and down more than 21 km to our centre. He used to stay here the whole day and work on the computer to improve his skills. Putting aside his challenges, he loves to interact and learn from others and teach children.” Concerned over his long commute, the Makerspace team allowed him to use the computer at the Digital Empowerment Foundation (DEF) office in Kuilapalayam near his home – he lives with his parents and Ruken in Edayanchavadi. He goes to DEF daily on his electric scooter which he bought through a bank loan.

While at Satya, Roman had registered at the National Institute of Open Schooling (NIOS) and attempted the Grade 12 exam. He passed in four subjects – Data, Home Science, Painting and English – in two attempts, and is yet to clear Business Studies.

Roman designs brochures for Makerspace and invitations and birthday greetings when needed. “I am very keen to own a digital design outlet and will set it up once I learn more about graphic design,” he says. In his spare time, he waters a large garden in a private guest house near his home. He also has learned mushroom culture.

“Roman is passionate about life and has a keen desire to learn. His challenges do not deter him and he is confident of making a name for himself,” says Sarguru, his mentor. Roman says he wants people in Puducherry and the surrounding towns to be aware of his digital talent and talk about it.