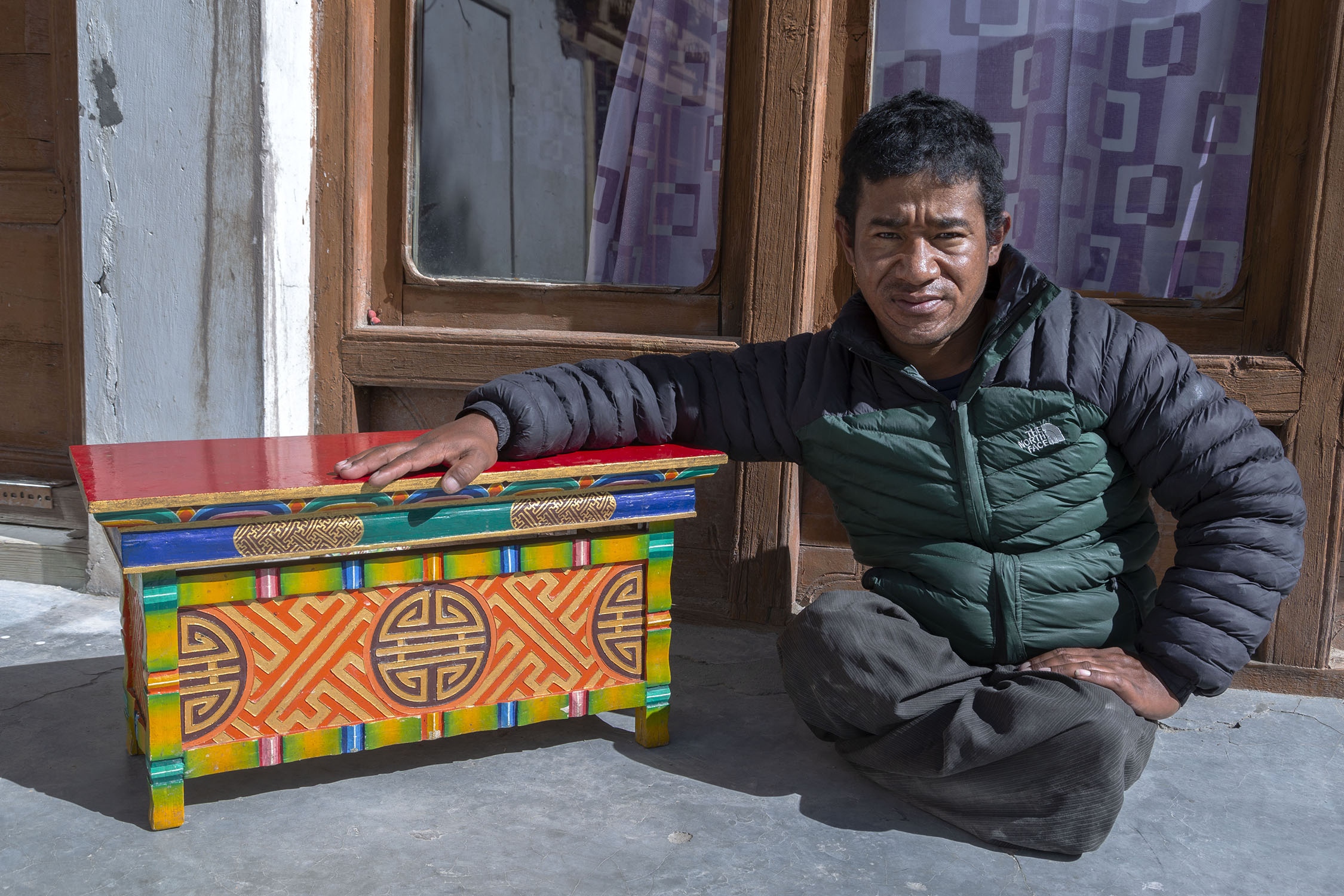 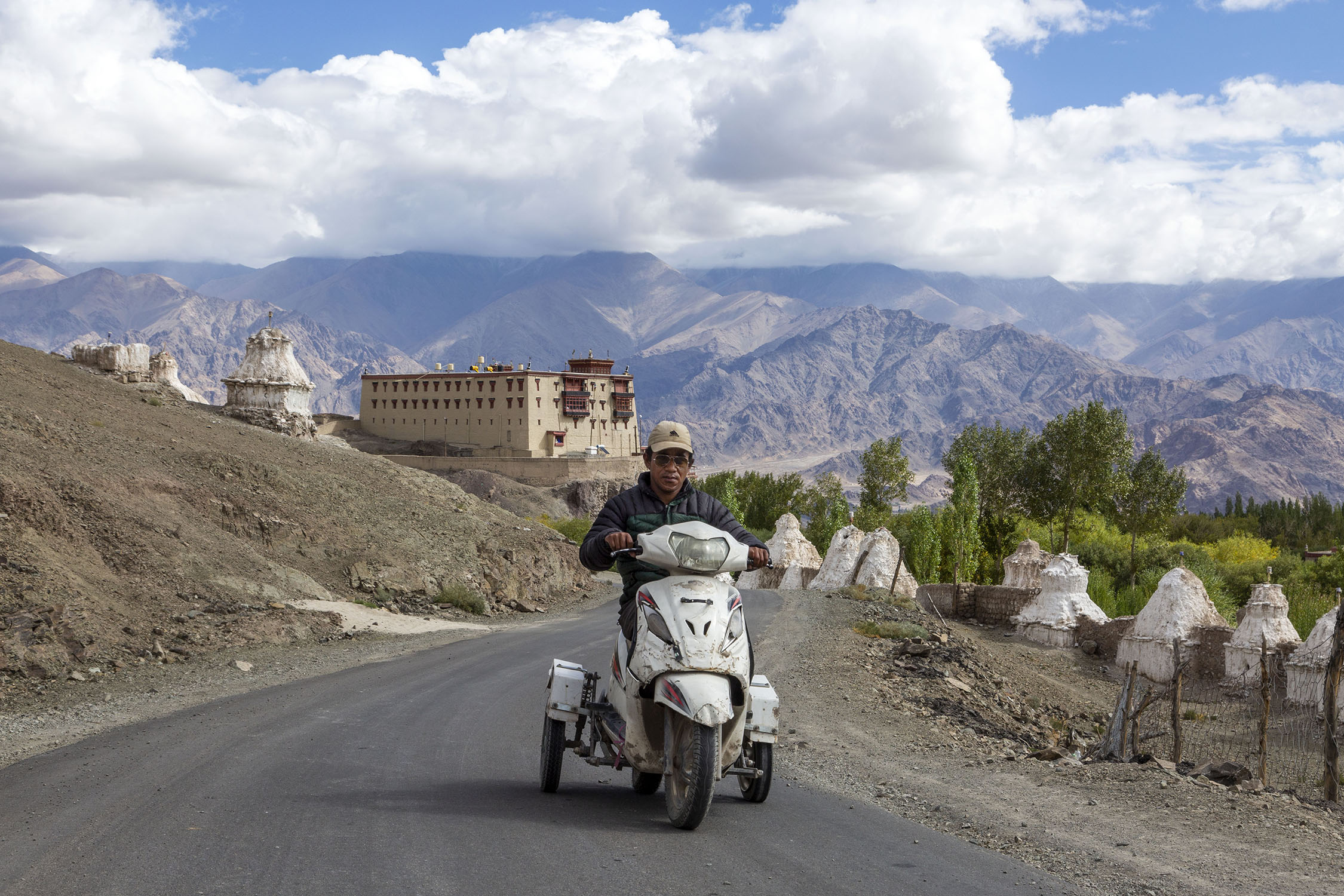 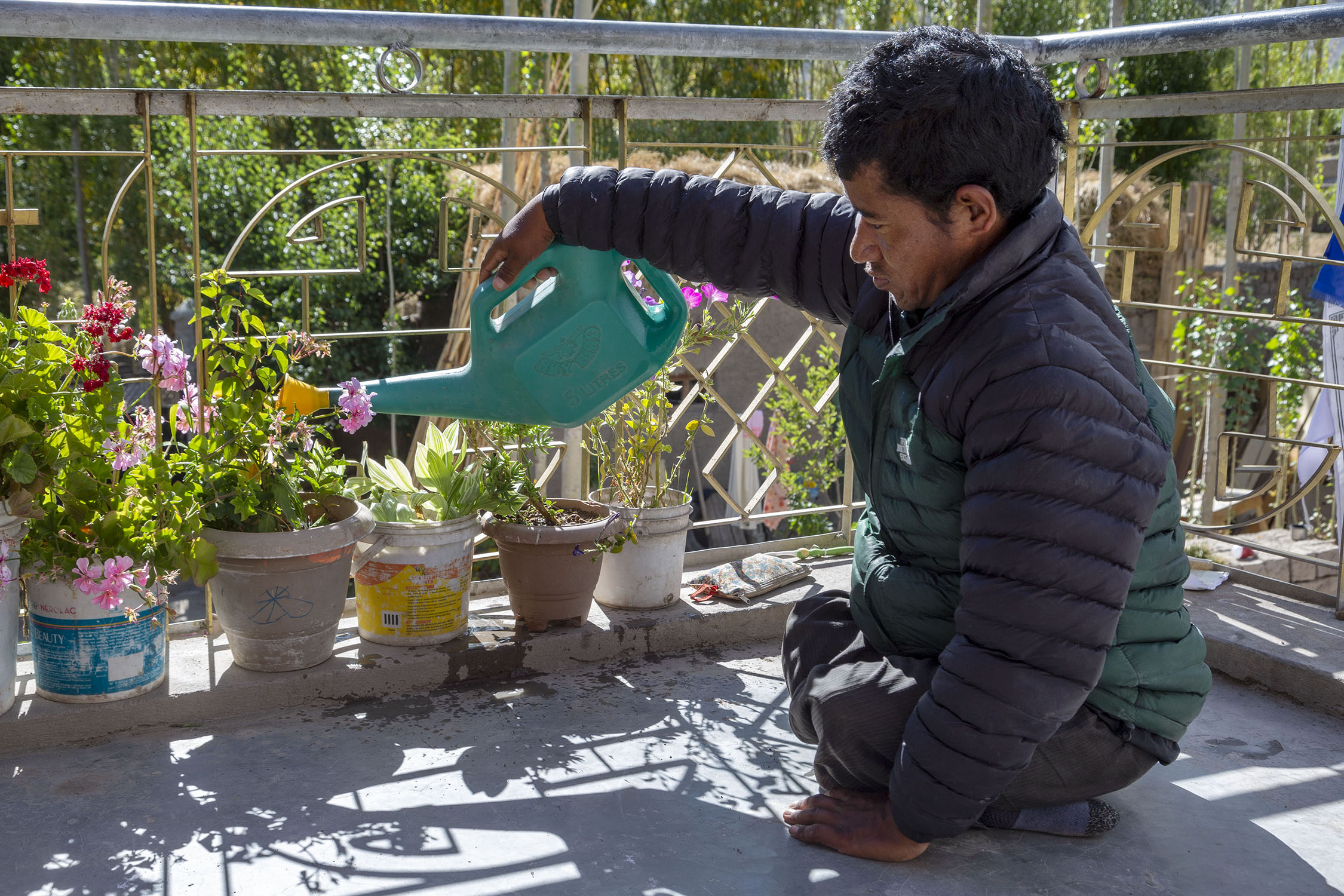 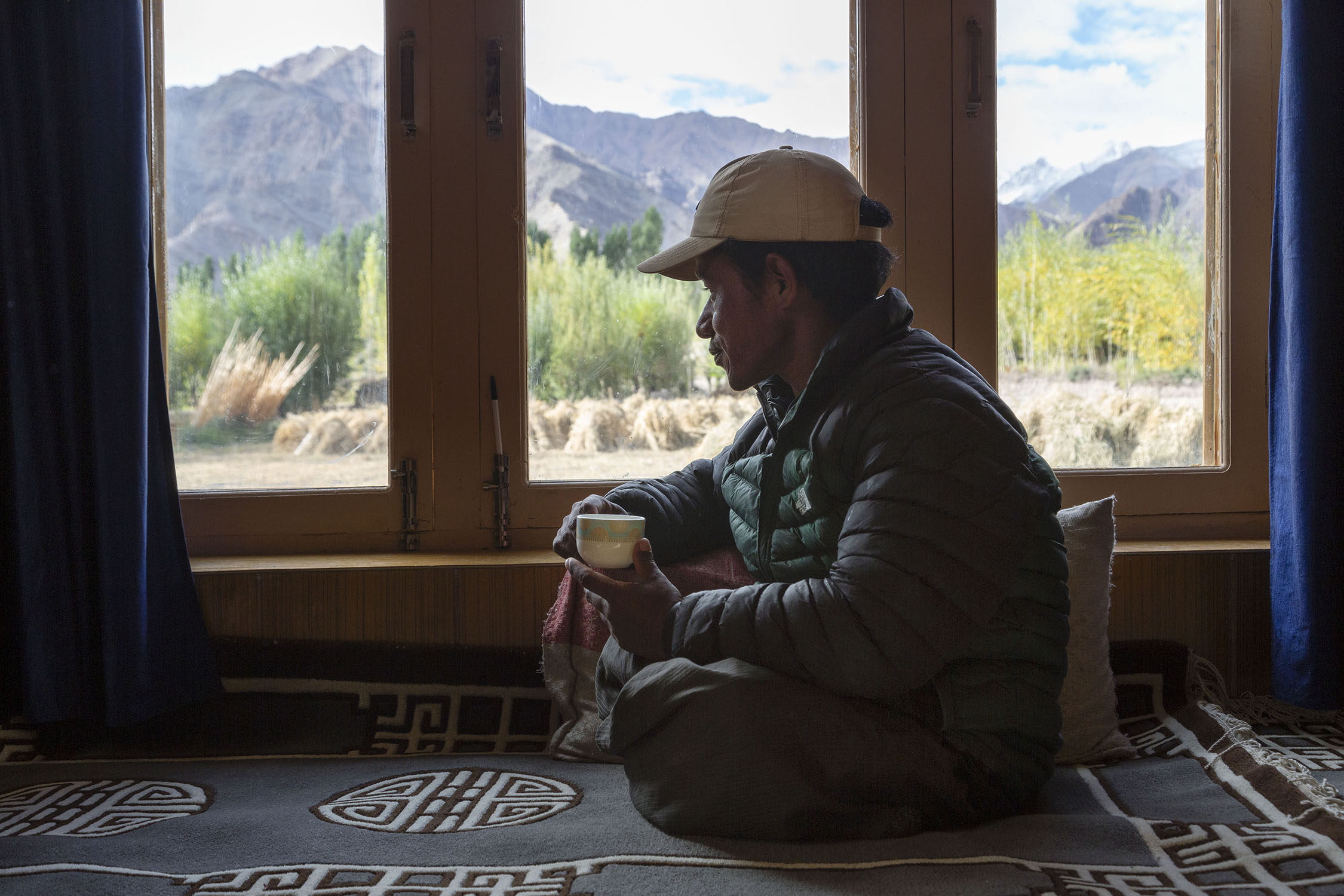 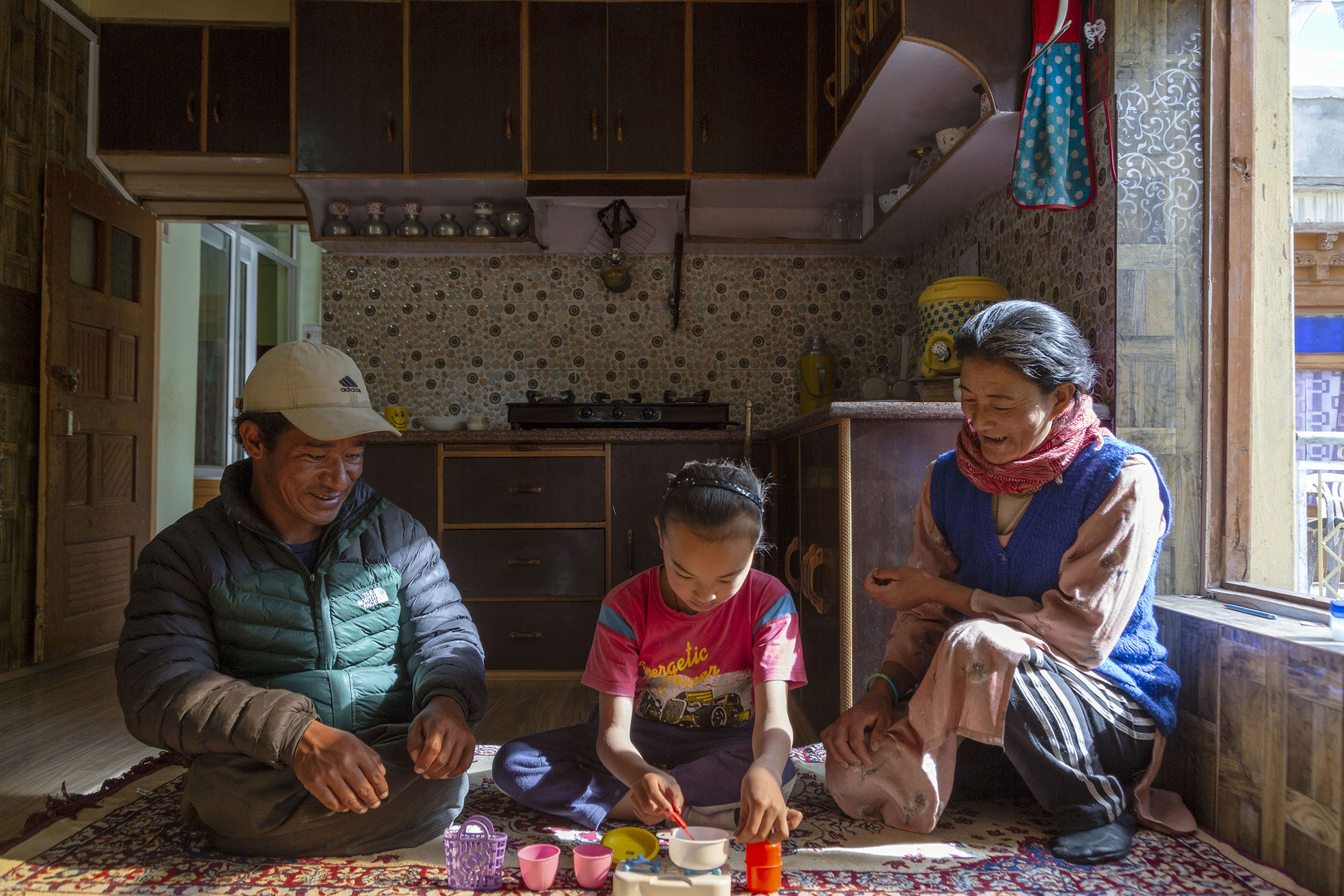 “My archery coach has been encouraging me to aim for the Paralympics, but to participate I would have to use a costly compound bow”

We wonder if Rigzin Tamchos (34) from Stok village would sometimes be struck by a passing memory when he sees his 11-year-old niece Nangsal Lamo going to school every morning. It is the same government school that Rigzin went to — until his studies ground to a halt through no fault of his own.

“I was very interested in studies,” says Rigzin, who was born with diminished lower limbs. He recalls his “very helpful” teacher and classmates who ensured that his disability didn’t hamper his progress. In Class 3 he fell ill and had to stay at home for a month. When he recovered, he found that his route to school was blocked. He used to take a narrow path cutting across farmland, but now the farmer had repossessed it, dug it up and created ridges. There was no way that Rigzin could negotiate these obstacles.

One of his interests after he left school was traditional Ladakhi painting. He posed for photographer Vicky Roy (who contacted Rigzin through Tsering Dorjay of REWA Society) beside a wooden chest he had painted in the traditional style. It was in his current job that he developed a passion for archery, a sport that is an integral part of Ladakh’s cultural heritage. For the past five years he has been employed at the People’s Action Group for Inclusion and Rights (PAGIR) Institute in Leh town, earning a monthly salary of Rs 6000. Riding the retrofitted Scooty that the PAGIR Institute has provided him, he travels 17 km from home to the Institute’s recycling unit where, along with five others, he operates the TARA waste paper recycling machine.

When the Institute started getting sports coaches, Rigzin chose to get trained in archery. His coach is Stanzin Doller, a diploma holder from the National Institute of Sports who coached the Ladakh archery team that took part in this year’s National Championships. She has been encouraging him to set the Paralympics as his target. “To take part I would have to buy a compound bow, which is expensive,” he says. These days he has been concentrating on improving his aim, practising from 10 a.m. to 4 p.m. every day.

At the Institute, a Canadian coach was training people in ice hockey, another popular sport of Ladakh. Rigzin was interested but before he could sign up for it, he came down with COVID-19 and so did his entire family. This was six months ago. His father died on the way to hospital in Leh. His mother Tsawang Dolma and his sister Tsering Youdol escaped hospitalization and he himself had milder symptoms like body aches and temporary loss of smell and taste.

Rigzin’s brother Yountan Tharchen, formerly in the army like their father was, is married with three children and lives separately, but Rigzin says his is a close knit family that often comes together especially for festivals. His favourite festival is Losar, the Tibetan New Year, which he says has a theme similar to Diwali’s: good fighting against evil. Instead of lighting diyas (clay lamps) they take out flaming torches in a procession to drive away evil spirits.

In his spare time Rigzin listens to music, meets up with friends and also does a bit of cooking, his favourite foods being traditional Tibetan dishes — momos, paba and thukpa. Pondering his future he says, “I would like to get married. And I hope in three years I get a chance to compete in the Paralympics.” We see no reason why both of his wishes shouldn’t come true!