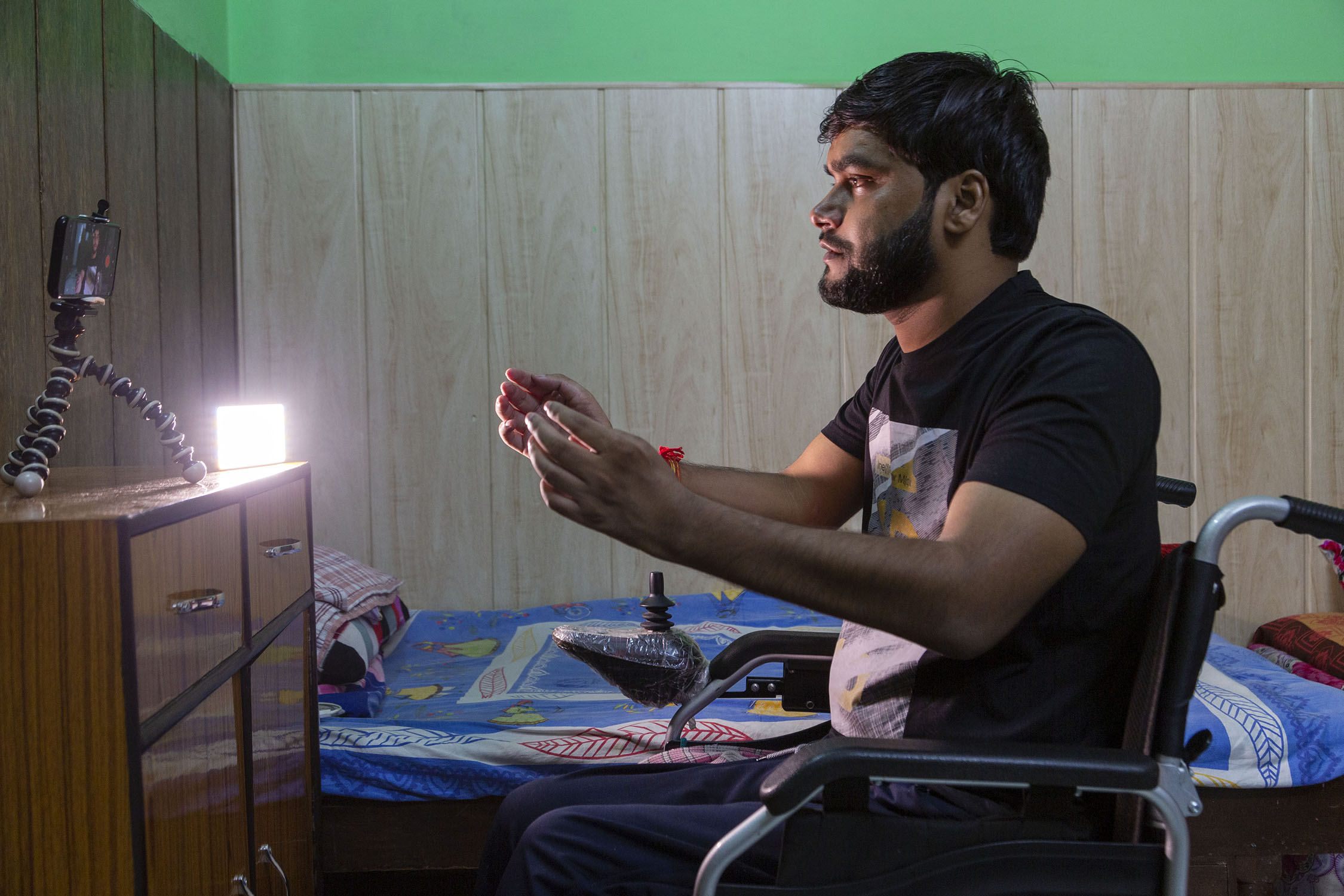 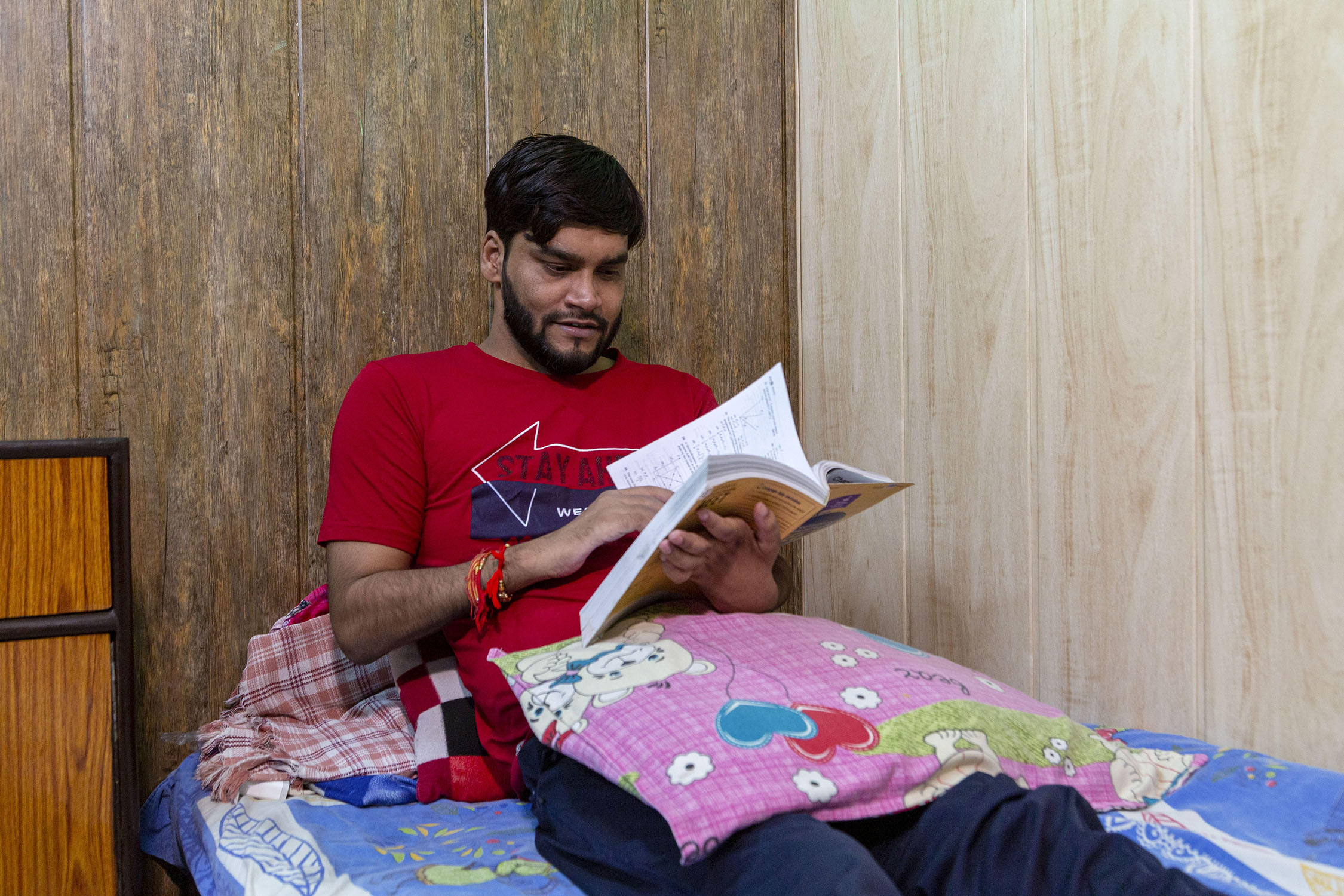 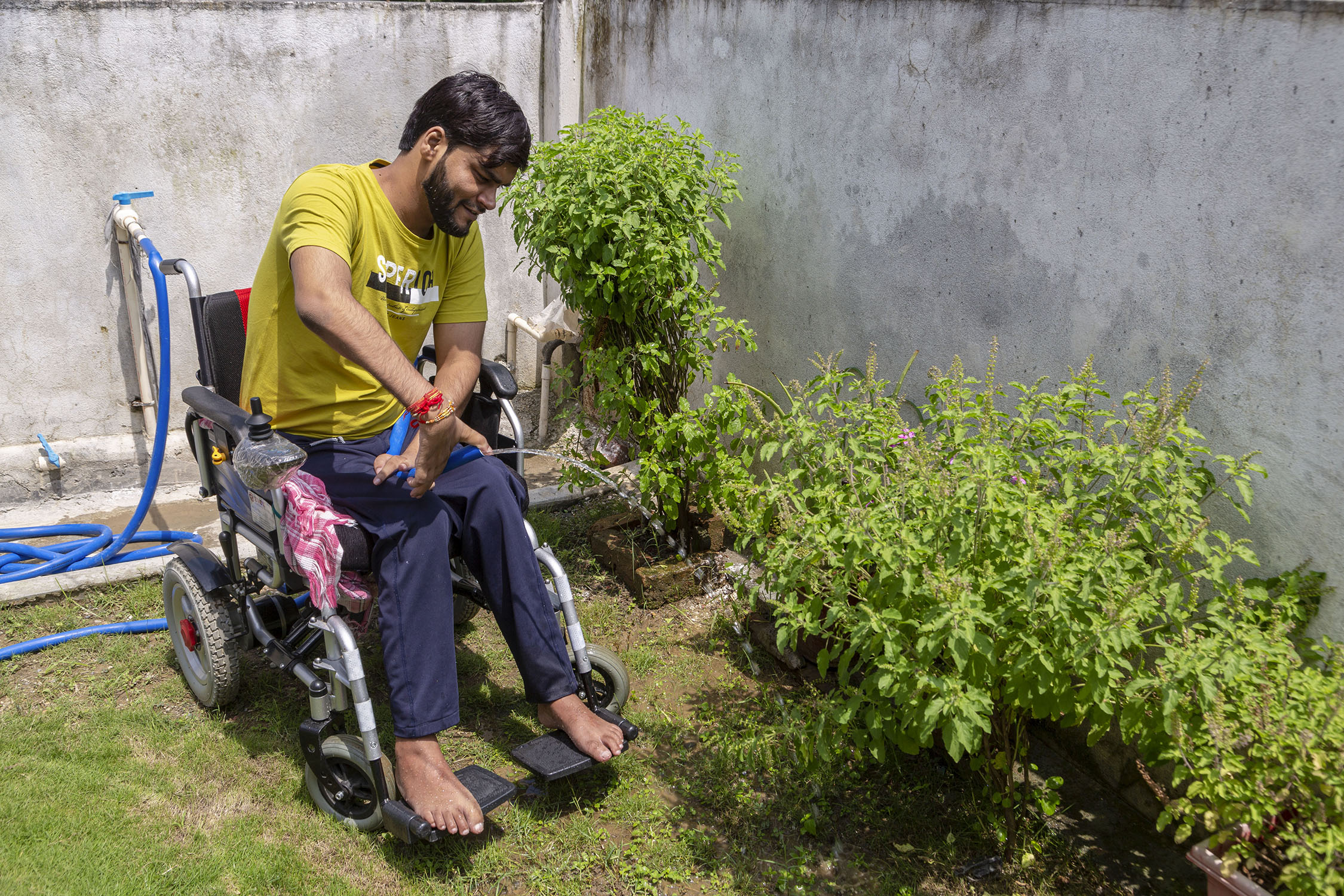 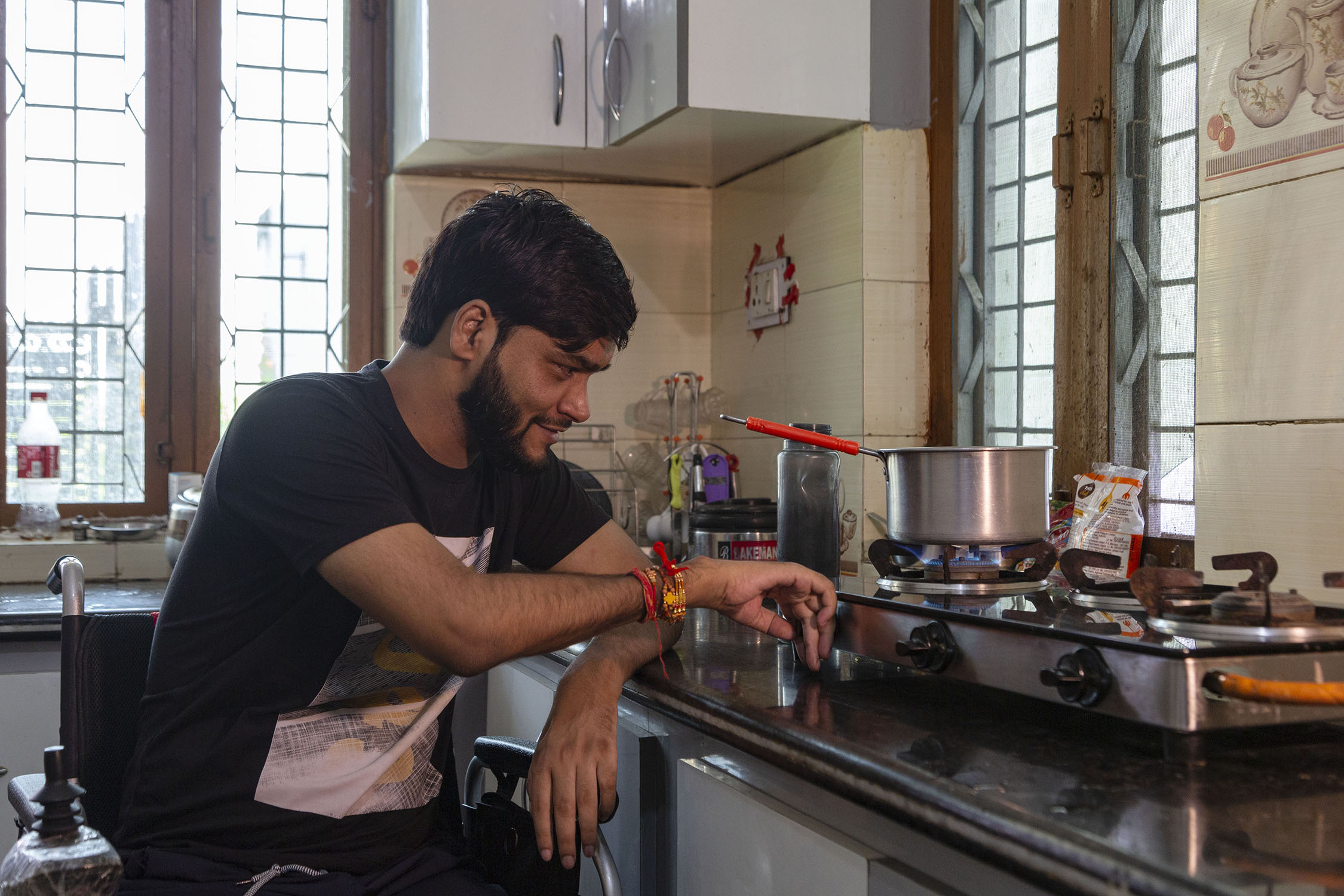 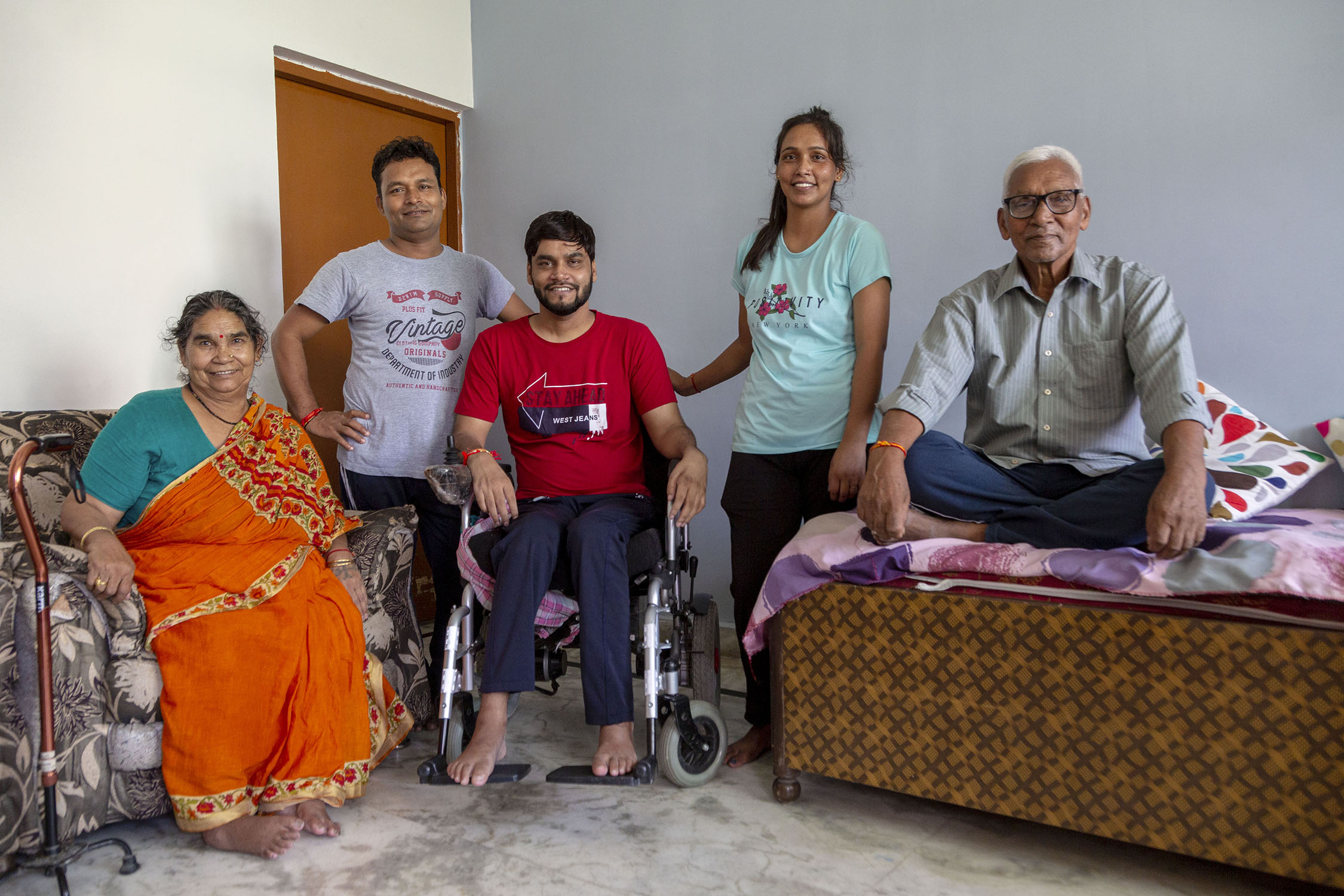 “My main concern is financial security. I don’t want to unnecessarily burden my family”

Every day, Rakesh Kothiyal (34) from Dehradun gets at least two phone calls from people who are depressed or suicidal. They call him after watching his YouTube channel RKUnsungWarrior. Once, a desperate caller said he wanted to drink poison. Rakesh dissuaded him through his unique method of therapeutic conversation. “I use humour,” he explains. “I first get the caller to laugh with me, and then I tell him about my own challenges. Often, people call back to tell me they felt better after having spoken with me.”

An onlooker might wonder whether Rakesh, a wheelchair user with paraplegia, has anything to laugh about. But as you can guess from the name of his channel, which has over 560 subscribers, he is a fighter. He says he is no less than a soldier for he is constantly fighting an invisible war. Well aware that his condition is irreversible, he has no time to indulge in anger or self-pity. “What happened to me could have happened to anyone,” he says.

What happened was a highway accident. On 27 October 2007, Rakesh had finished sowing seeds in the family farm and was riding his bike from Garhwal, where they used to live, to Srinagar for a medical examination. It was the final phase of his recruitment to the police force. At around 4 p.m. he had a head-on collision with a truck. The driver absconded. Rakesh’s helmet saved his life but his spinal cord was severed. After an operation to put a steel plate in his neck, his family was told that he would not survive more than three days after the surgery. It’s been 15 years now!

The family moved to Dehradun since it had advanced medical facilities, although this in turn strained their finances. Rakesh’s father Gopal Ram, who is now 83, is a retired soldier. His army pension alone could hardly meet the expenses for his son’s surgery, medicines, two-month hospital stay, wheelchair, physiotherapy and other rehabilitative measures. Friends offered their contributions. Accident compensation wasn’t in the picture since Rakesh had a learner’s license and his vehicle was not insured.

Asked to describe his road to recovery, Rakesh says, “My family has been a great support. Besides, I have always had a strong will-power.” He lives with his parents Gopal Ram and Chandra Devi (65), sister Geeta (32) and brother Sagar (40) and his family. Determined to be as self-reliant as possible, he has devised techniques for eating, bathing, going to the toilet and dressing himself. The spinal injury severely impacted his muscular control, making gripping, holding, chewing and bladder and bowel control extremely difficult. It takes him 20-30 minutes to wear his clothes. He needs help to break up his rotis into smaller pieces, and if he drops an object it is impossible for him to pick it up.

Rakesh is very careful to maintain his muscular strength and keep his weight in check. Geeta helps him with physiotherapy exercises and he does specific yogic breathing exercises twice a day for an hour each. He recently borrowed money from friends and bought a motorised wheelchair, which has immensely boosted his quality of life. He can not only perform some household chores but can also go out and socialise. He travels in his wheelchair to a small stationery shop that he owns and runs called R.K. Art and Craft Stationers.

Rakesh was doing his first year B.A. when he met with the accident, and has not therefore envisaged employment. Besides, given his uncertain health (“some days are harder than others”), he may not be able to show up daily at a place of work. He does get a disability pension of ₹1500 per month from the government. He has learnt to use the laptop but cannot afford any computer courses. He would like to increase his earnings by expanding his shop. At the end of the day he doesn’t want to be a burden on his brother after their parents’ time on earth.

Meanwhile, he continues to upload videos on his channel, motivating and spreading hope among other persons with disabilities.