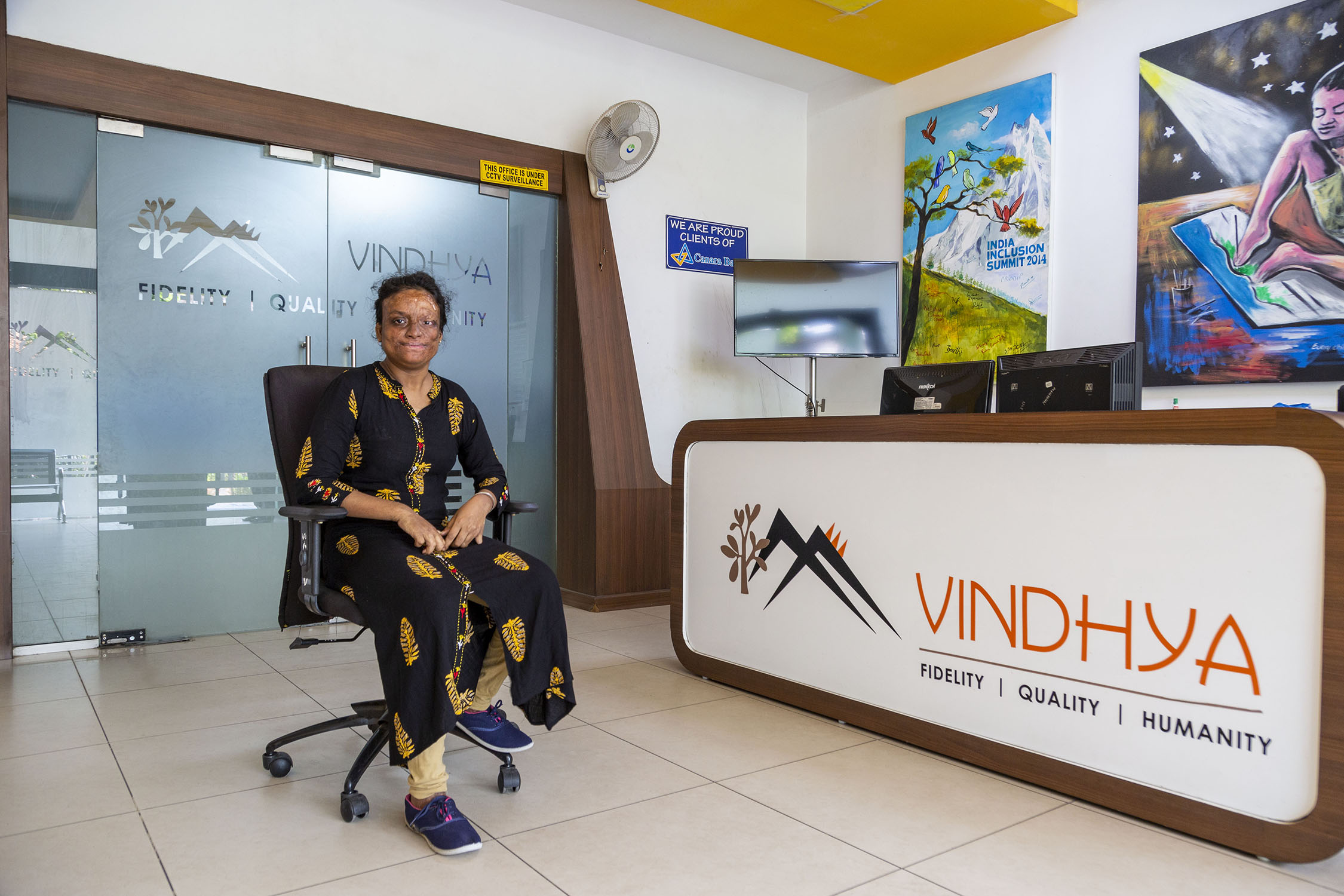 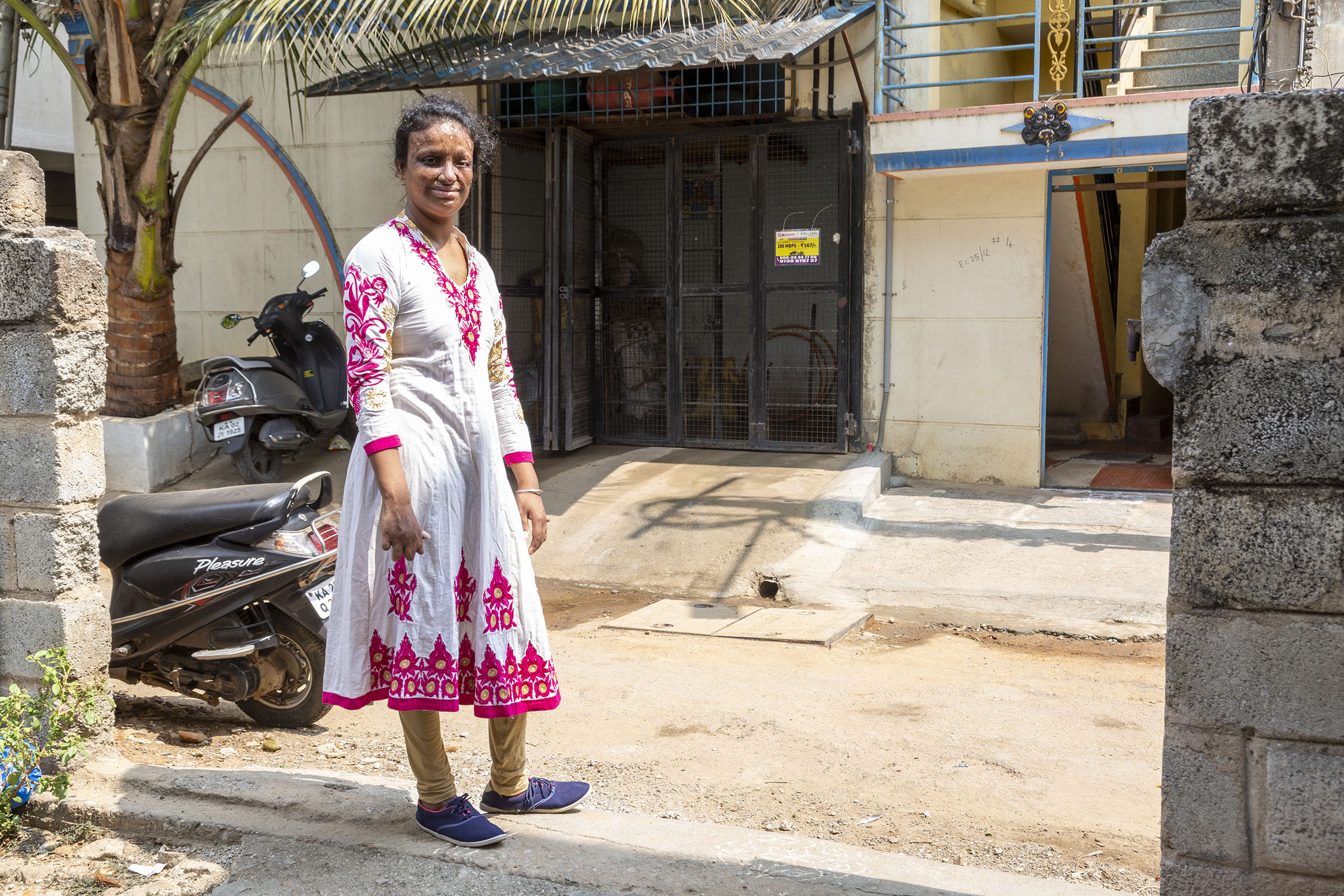 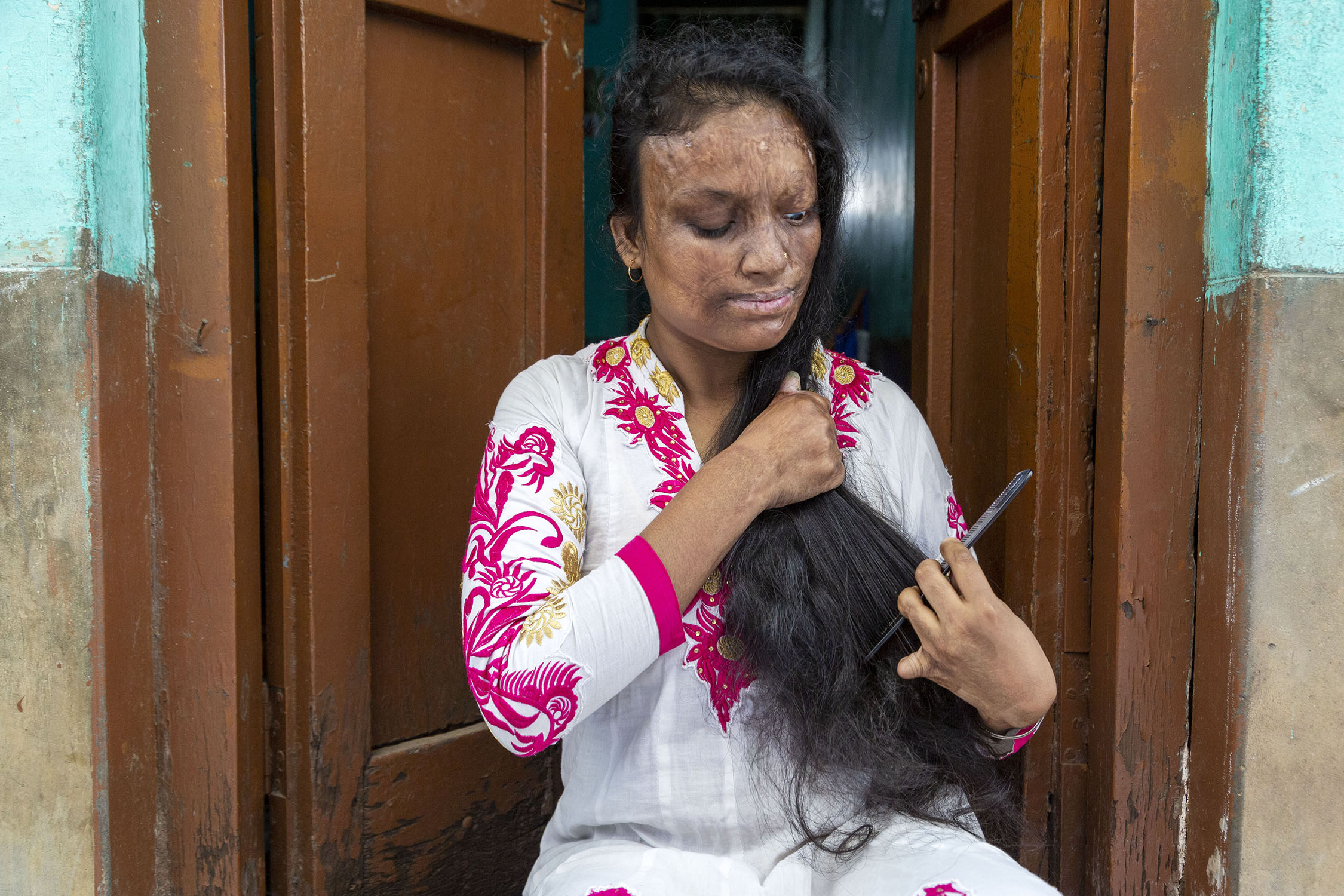 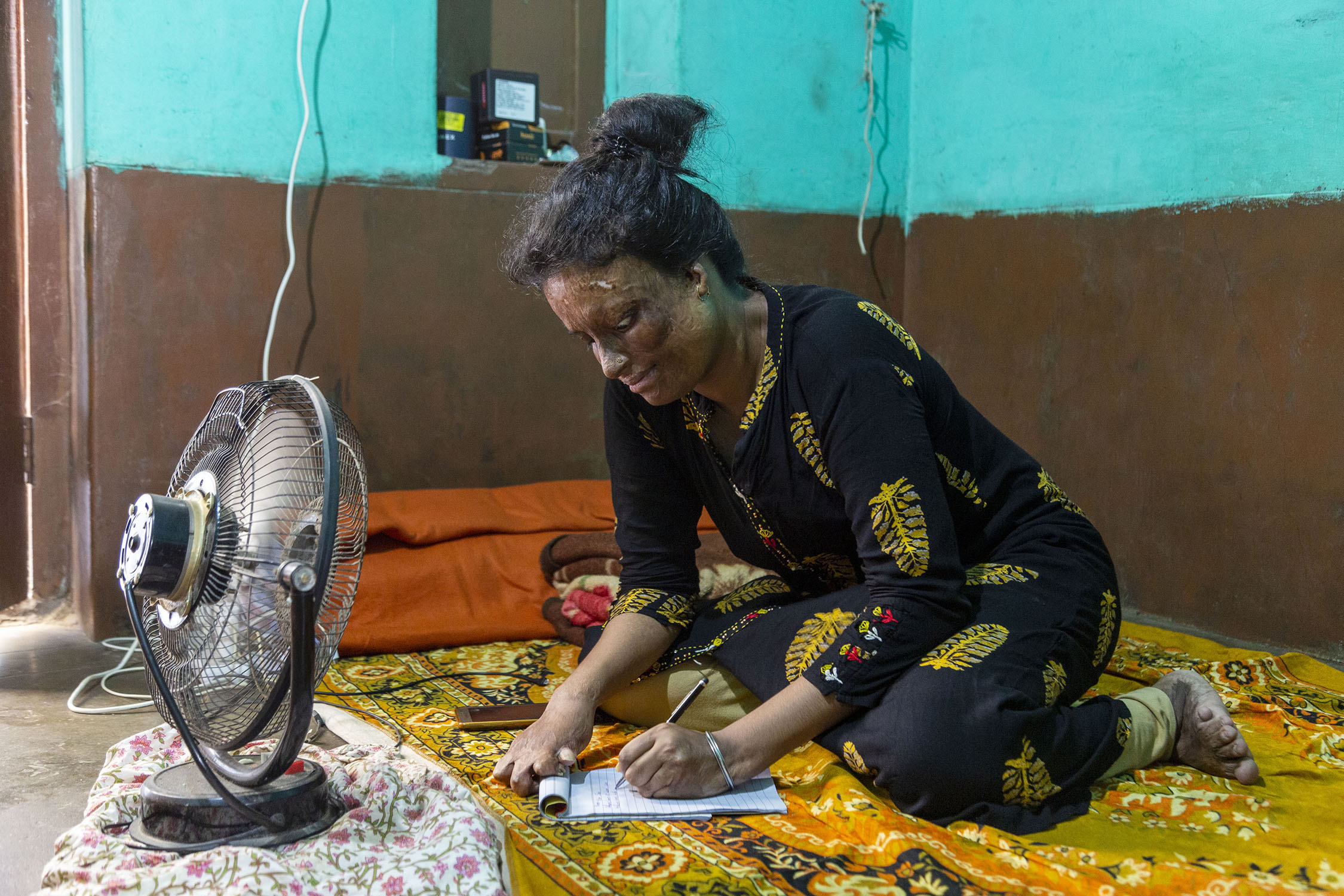 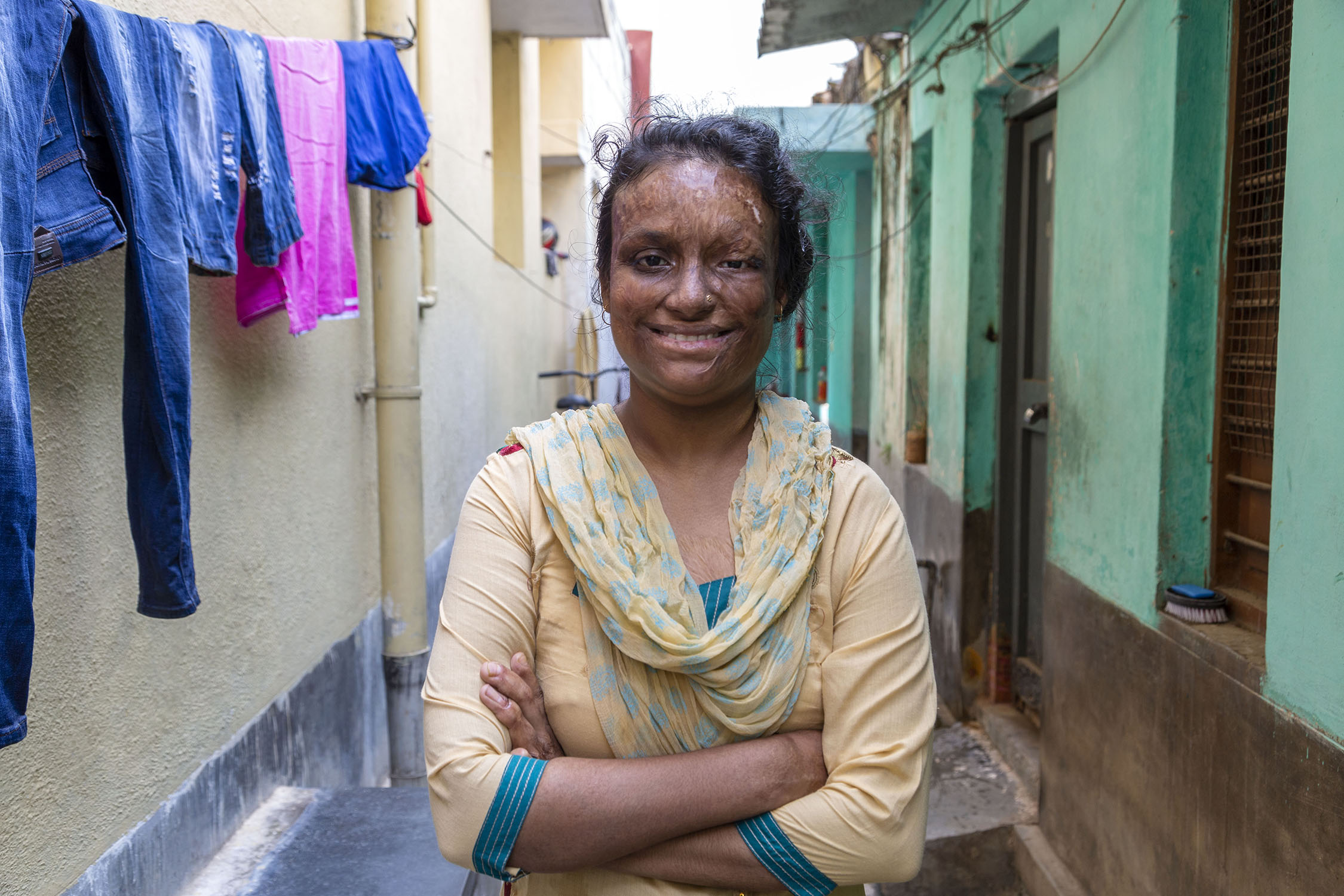 “I would like to set up a retail shop in my village. My aim is to earn enough to help my parents”

Neel Kamal Sau ran a cycle shop in the village of Khandrui in West Medinipur, West Bengal. The shop was attached to his house where he lived with his wife Anita and infant daughter Puja. One day, sparks from the ash of a lit agarbatti fell onto petrol cans right below it and the shop went up in flames. The fire even reached some parts of the house. People were so busy tackling the blaze in the shop that they forgot about one-year-old Puja sleeping in the house. The scorching heat melted her tender skin.

Khandrui had only a medical centre that could treat simple ailments, so Neel Kamal and Anita took Puja to the government hospital in Medinipur. She was there for a week during which cream was applied on her skin. Her parents took her to Kolkata where she underwent treatment for nearly six months in Nil Ratan Sircar hospital, stretching the family’s finances to breaking point. When they returned to Khandrui, neighbours and relatives told the couple, “You should have let her die. A girl child in her condition will only be a burden.”

To supplement the income from the shop, Neel Kamal started selling vegetables in the market and hawking them in a pushcart. Puja gained three sisters – Piu, Priya and Priti – who were four, six and eight years younger than her. They attended a local government school. Puja dreaded going to school where she was shunned by other pupils because of her 'disfigured' face. “Some were scared of me,” she recalls. “Some said I must have done some bad deeds in my past life.” Neel Kamal could not bear to see his daughter’s tears. He would tell her, “If you cry I will cry too.” He consoled and motivated her at every stage of her life.

“My father has been my strength,” says Puja who is now a confident 22-year-old. “Whenever someone says to me, ‘you cannot do it’, I am driven to prove that I can.” She recalls an incident from when she was in eleventh standard. A neighbourhood boy had challenged her saying, “You won’t be able to ride a bike.” She got her father to teach her. “I learnt to ride a bike within one day,” she says triumphantly. “That boy had taken much longer!”

The family’s earnings picked up when Neel Kamal got a job in a gas company and Anita started running a canteen in the local government hospital. With loans from a bank and relatives, which they are still repaying, they built a small house on their patch of land. Puja completed high school and graduated with honours in Bengali from Belda College in West Medinipur. Till recently she was working in Vindhya E-Infomedia in Bengaluru but she quit when she found that she didn’t earn enough to be able to send money home. Besides, she wanted to get a surgery done on her hand.

When we spoke to Puja she was in Khandrui, helping her mother run the canteen. The hand surgery would remove some superfluous flesh, she told us. A few years ago she underwent a leg surgery. “Till then I couldn’t wear shoes because of the way the burns had impacted my legs, but after surgery I have been able to wear them,” she says.

Puja aspires to set up a retail shop that sells either provisions or sarees, for which she needs to invest Rs 2 lakh. She points out that since her parents are looking for a bridegroom for Piu, she foresees mounting expenses. All she wants is to support her family in whichever way she can.