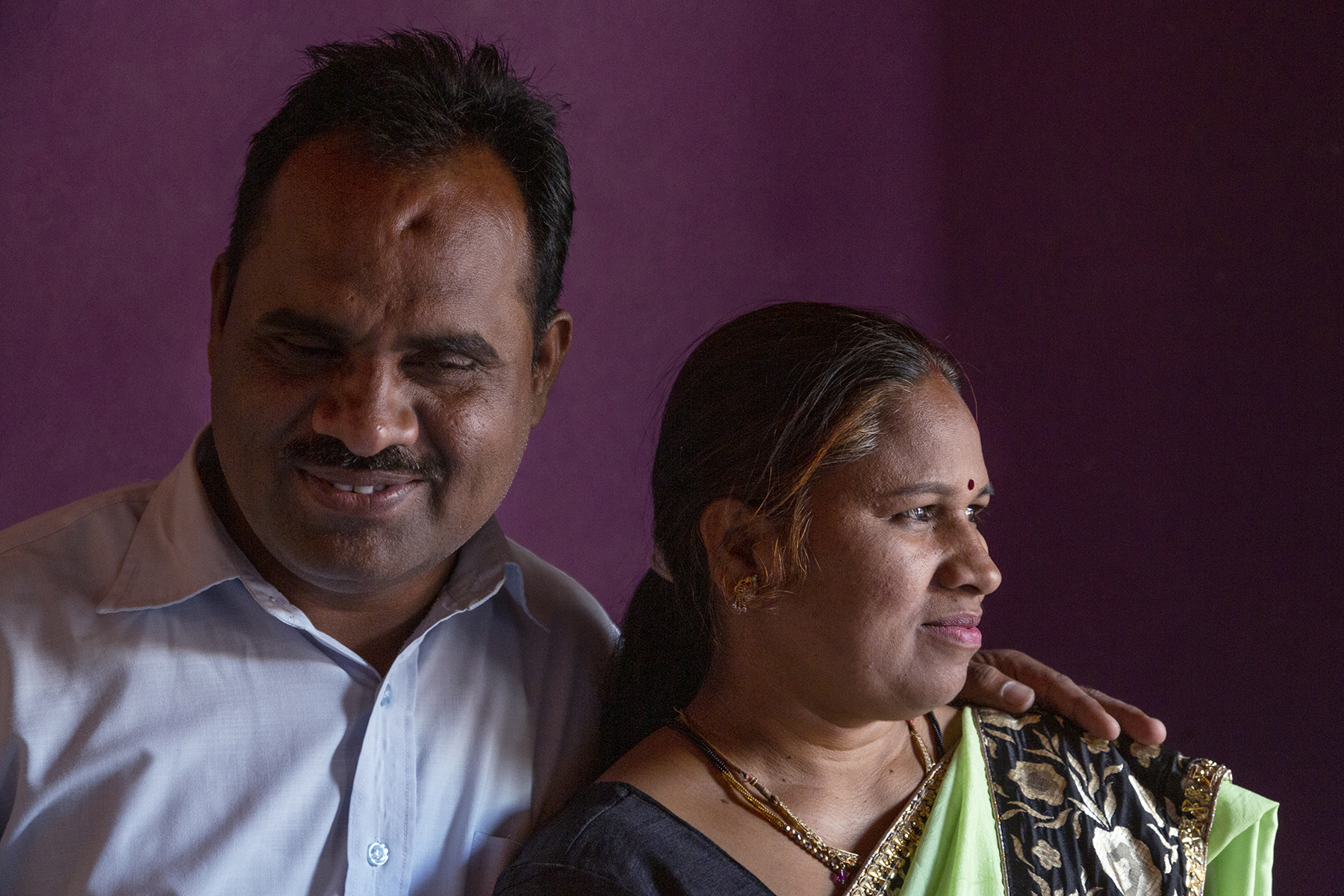 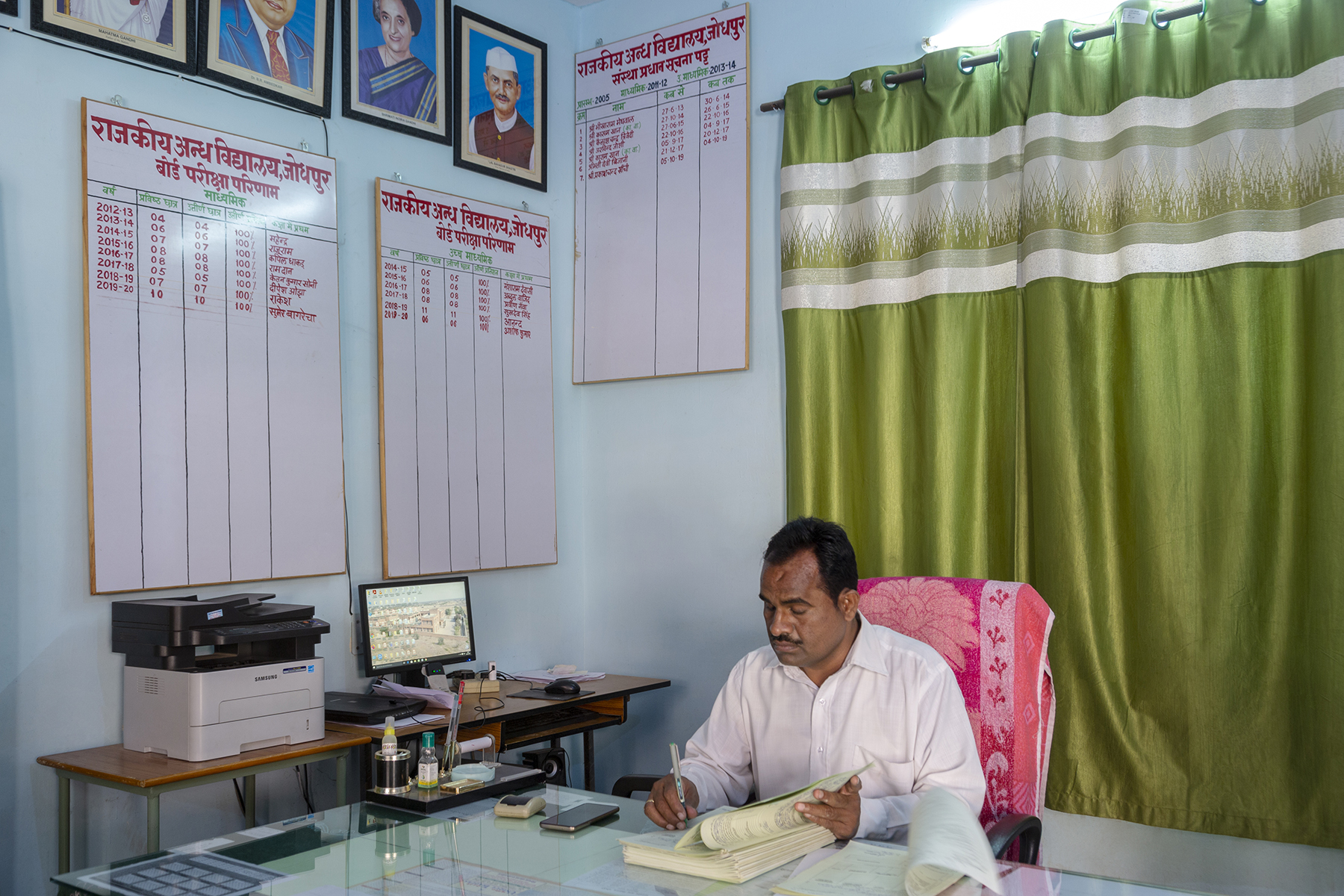 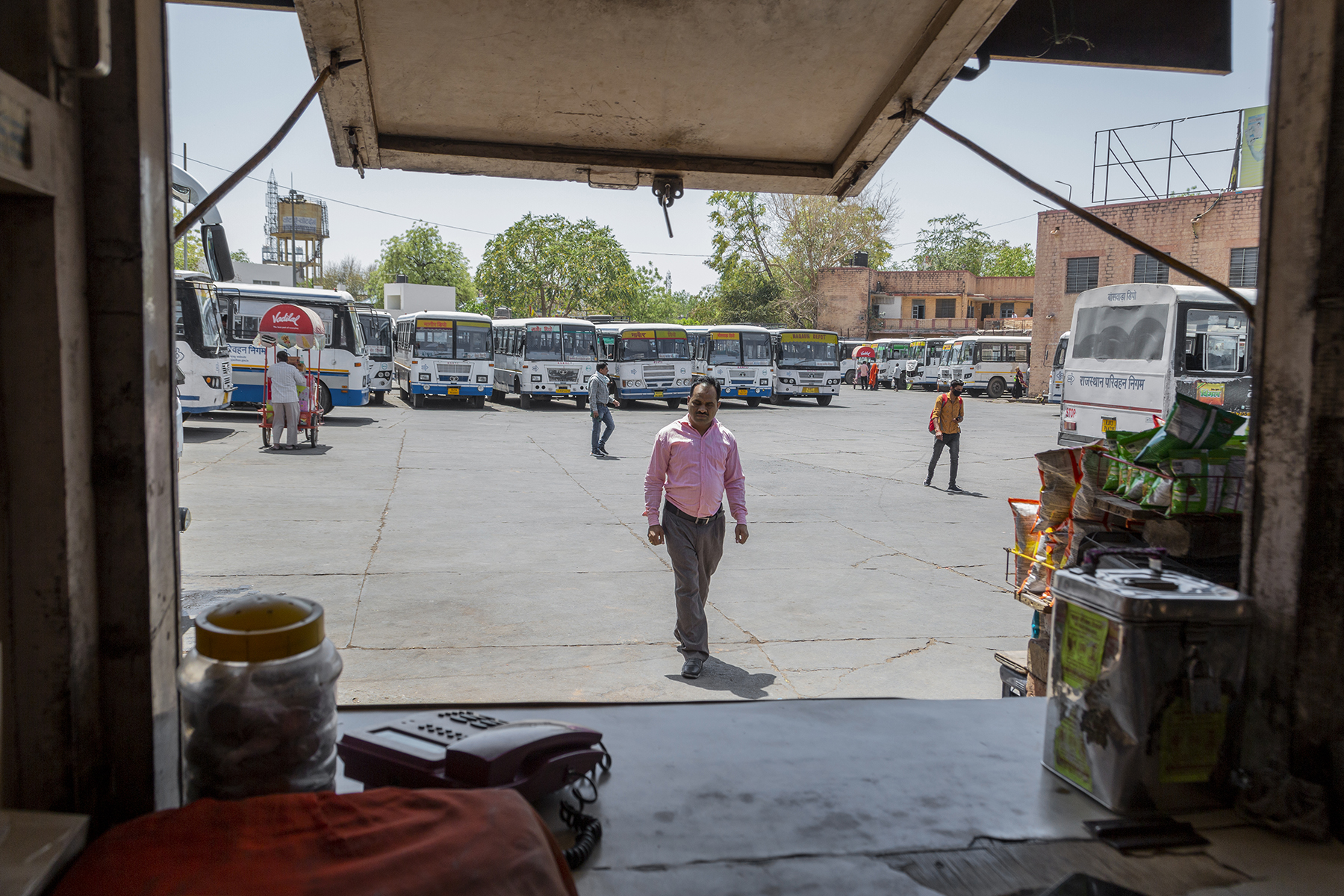 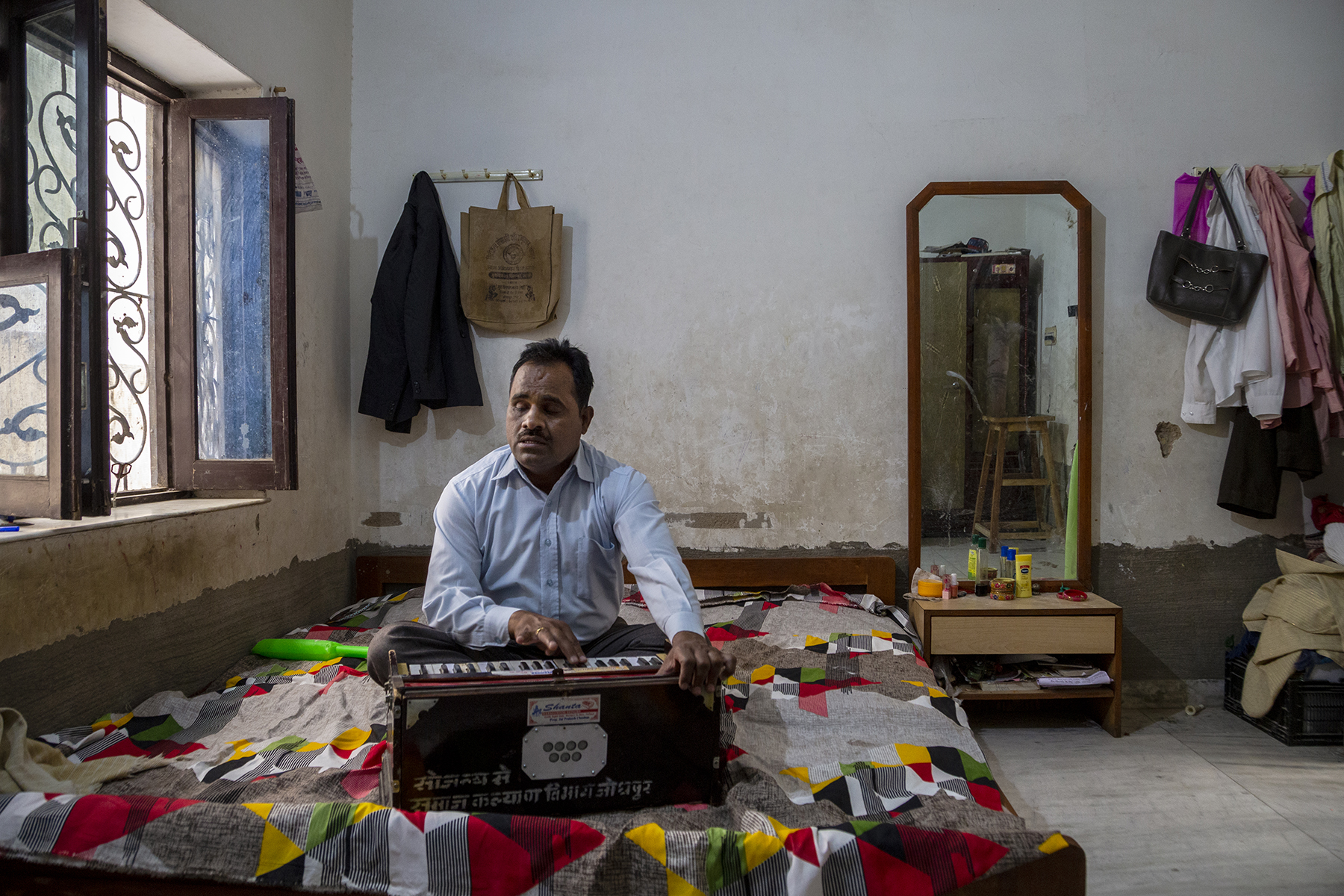 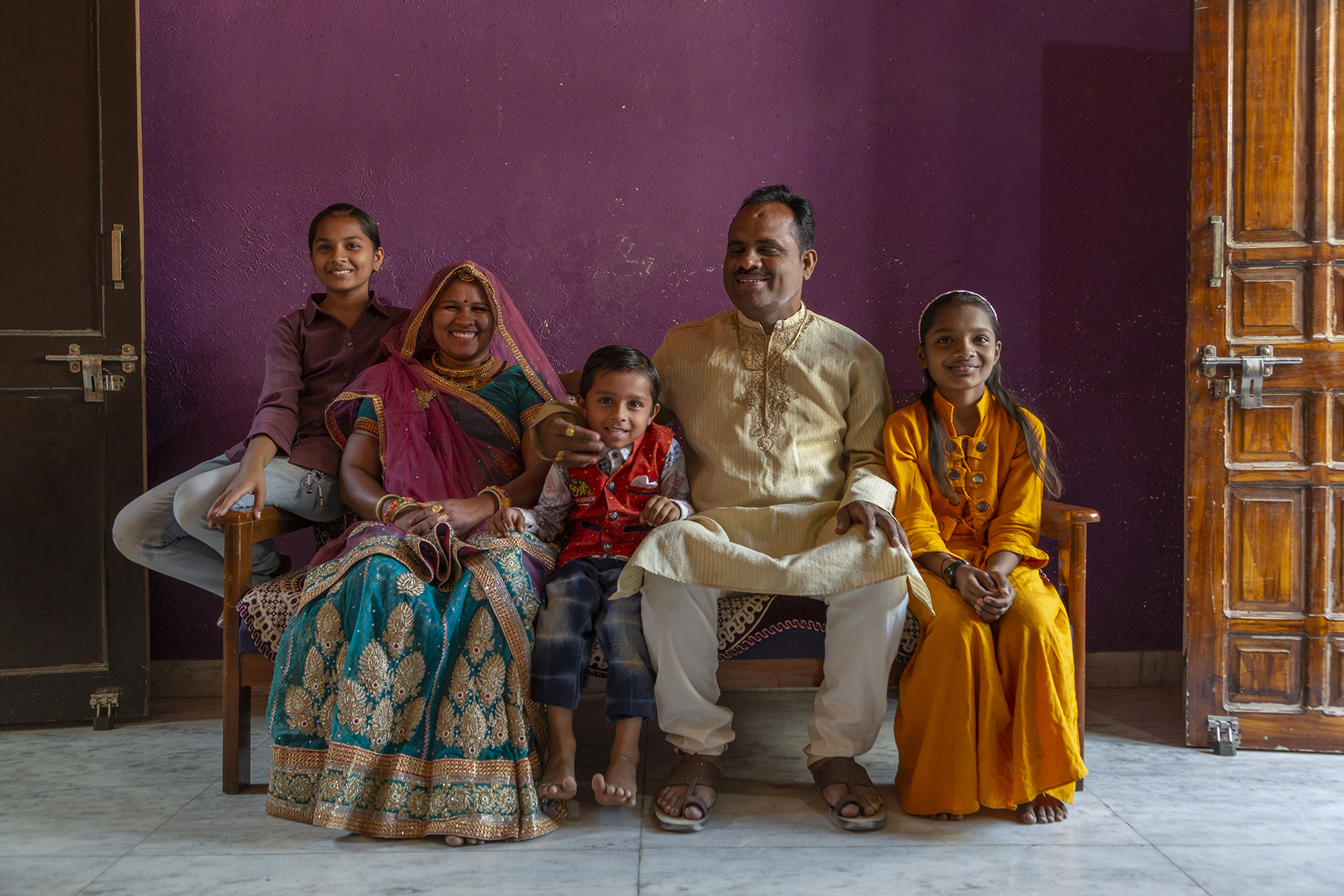 “More people should be like my wife, who did not hesitate to marry a blind person”

It is somewhat unusual for a government school teacher’s wedding guests to include numerous VIPs and a former maharaja. But then Prakash Chand Khichi’s is a somewhat unusual story. The inter-state romance between a blind man and his sighted sweetheart caught the fancy of the public in Jodhpur.

Prakash (42) hails from Asop, a Rajasthan village. The youngest of five siblings, he went blind at age two from an untreated attack of influenza. He attended the blind school run by Netraheen Vikas Sansthan, Jodhpur till eighth standard. Then he was chosen through a Rajasthan government scheme to finish tenth standard in Delhi.

In the summer break after high school, Prakash discovered that by selling books at Sirohi bus stand — books of jokes and general knowledge commonly sold by peddlers — he could pocket Rs 200 daily. He continued to sell books at bus stands until he graduated in Political Science, augmenting his earnings by setting up a juice shop and STD booths. After post-graduation he took a teacher-training course but was denied practical training because a blind person was considered unfit to conduct a class. He contested this in court and won a two-year battle against the government.

Prakash’s eloquence, warmth and gentle demeanour charmed Kavita Mahadev from Amravati, Maharashtra who met him while visiting her sister in Mount Abu. Friendship blossomed into love. 19 May 2005 was a doubly memorable day for Prakash: he received a letter for his first teaching appointment, and he was taking a train to Amravati to ask Kavita’s parents for her hand. But they refused point blank. How could they ‘condemn’ their educated 21-year-old to life with a blind man?

Kavita was adamant: “I will marry him only.” She had to wait two years for her parents’ consent. The couple signed on the dotted line on 19 February 2007 and had a dhoom-dhaam Rajasthani wedding nine days later. It rained — a rare occurrence in the state — and a local paper reported that even the weather was rejoicing over their union! Prakash insisted on bearing all the wedding expenses for 1,500 guests.

Prakash was upgraded to Headmaster in 2013 and Principal in 2017. “When I retire I will have become District Education Officer,” he says confidently. He can’t stop gushing over Kavita’s selfless support — and her dal bhati, choorma, and palak paneer! With three children, a generous income, and his own two-storeyed house, he says you couldn’t find a happier family man.