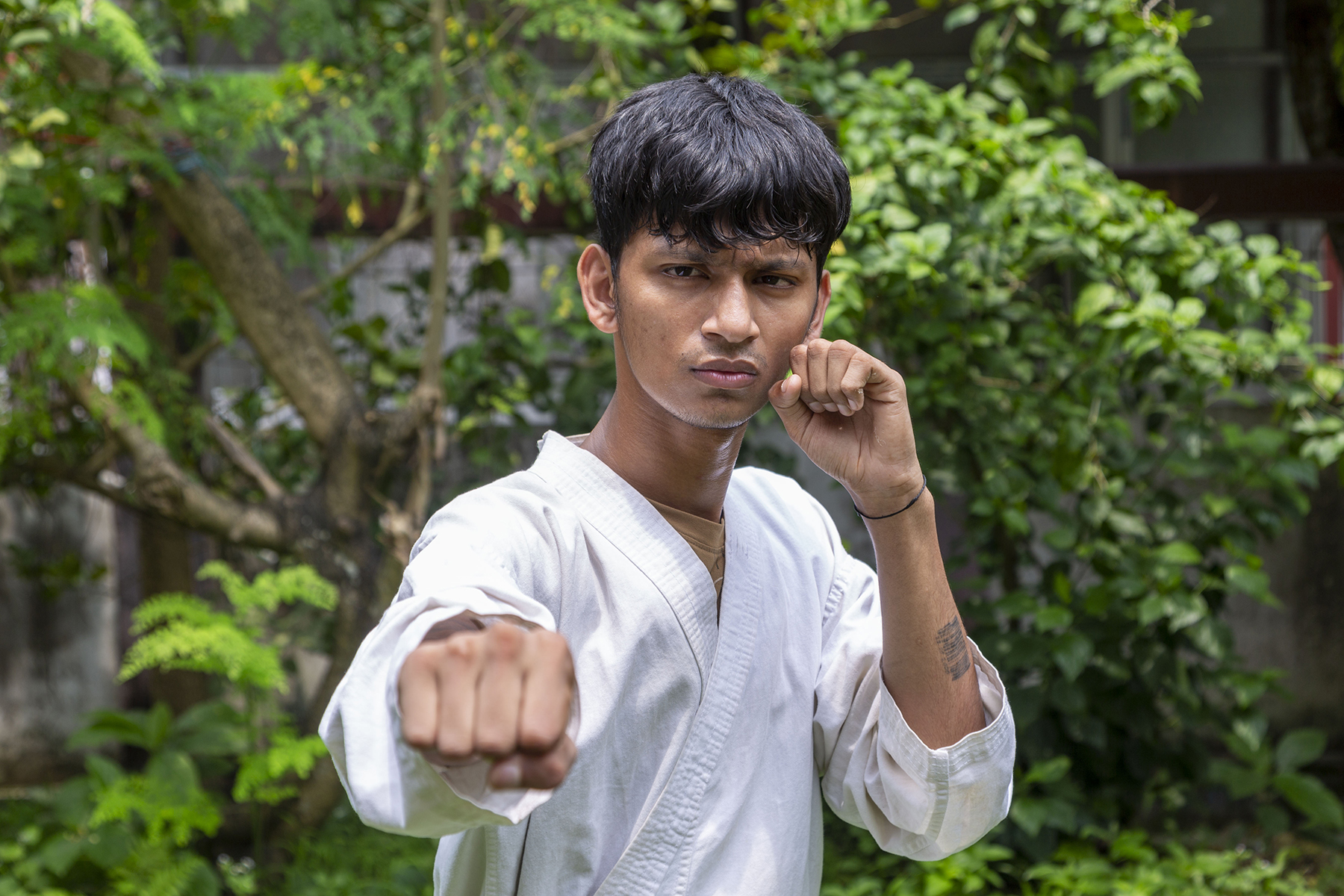 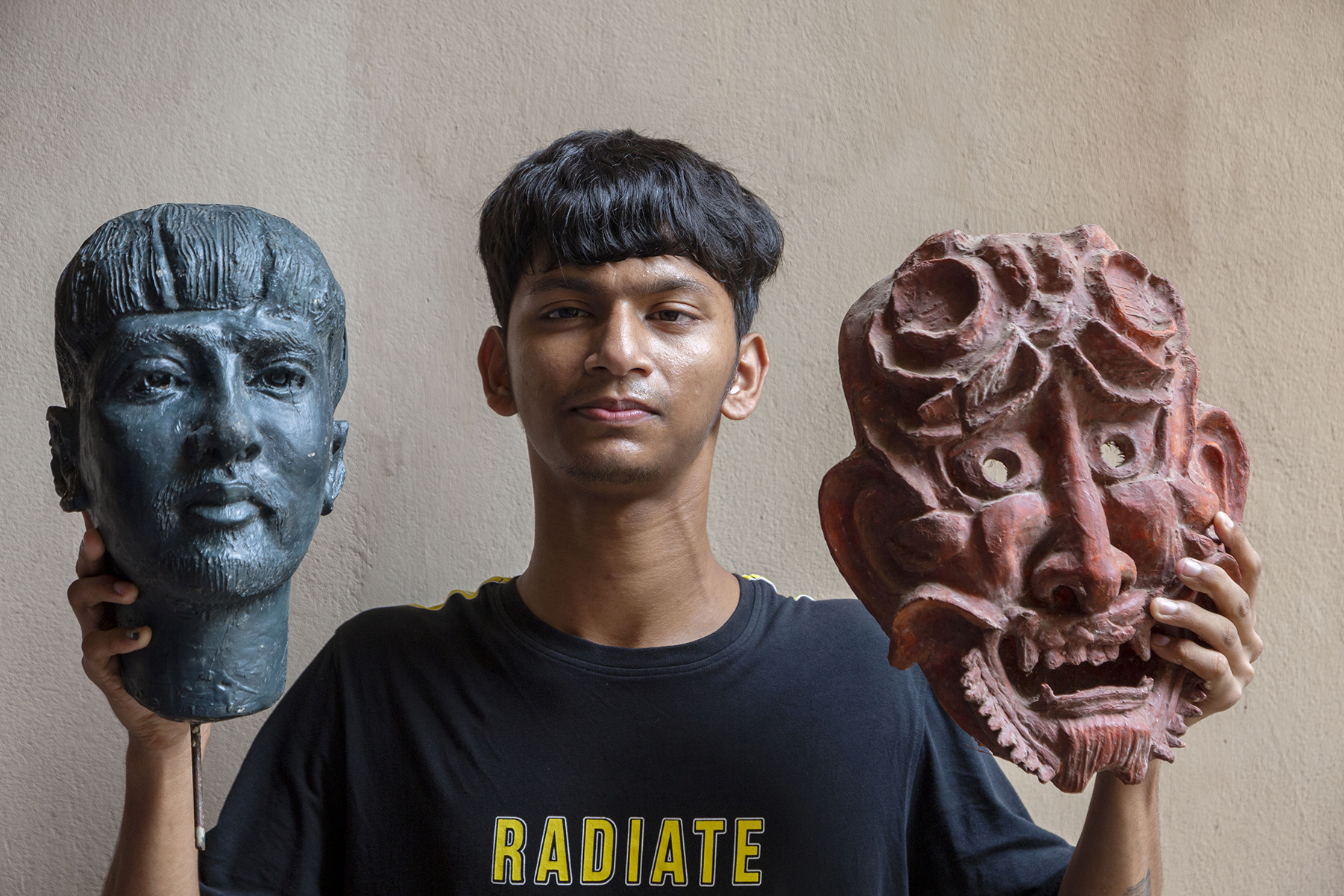 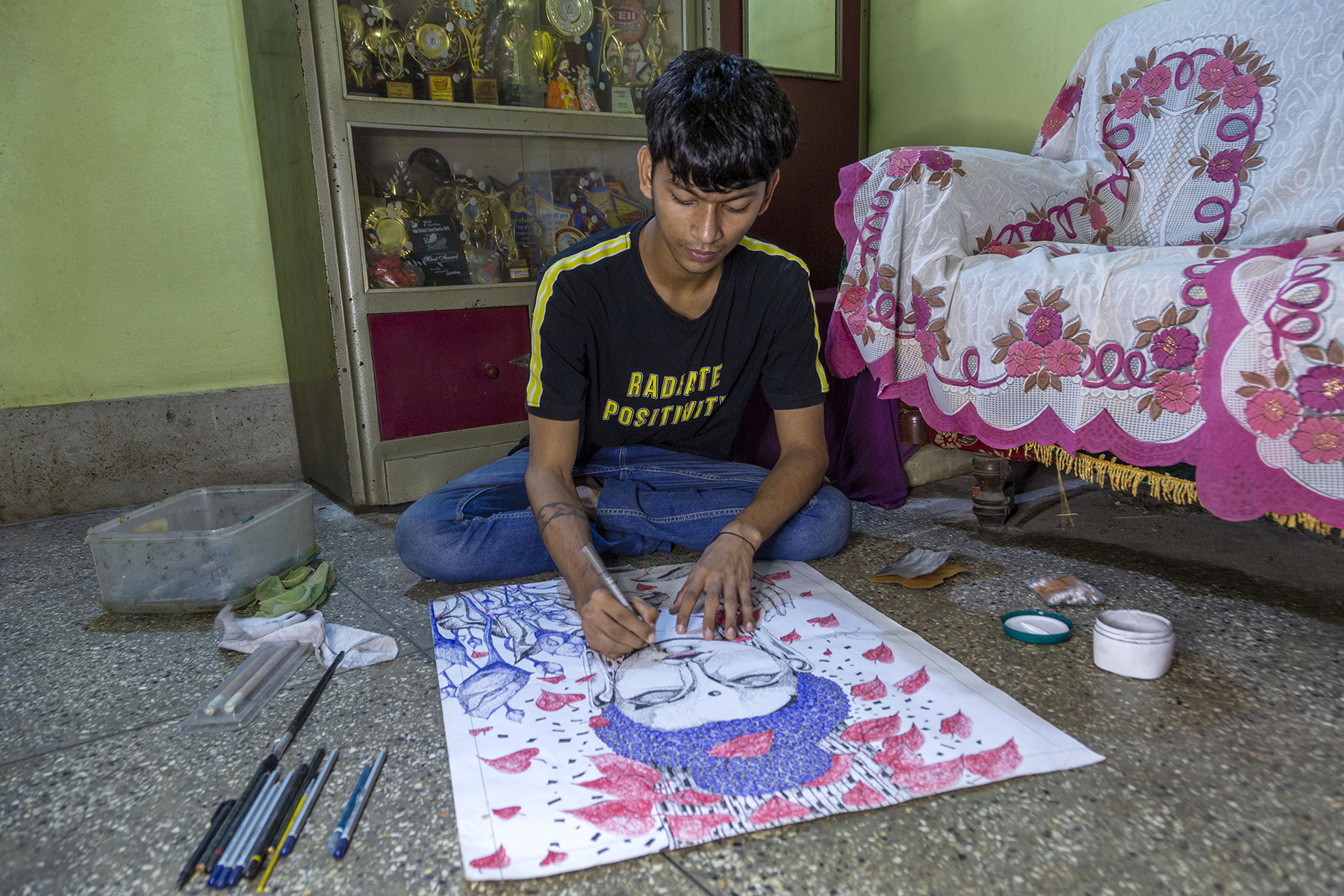 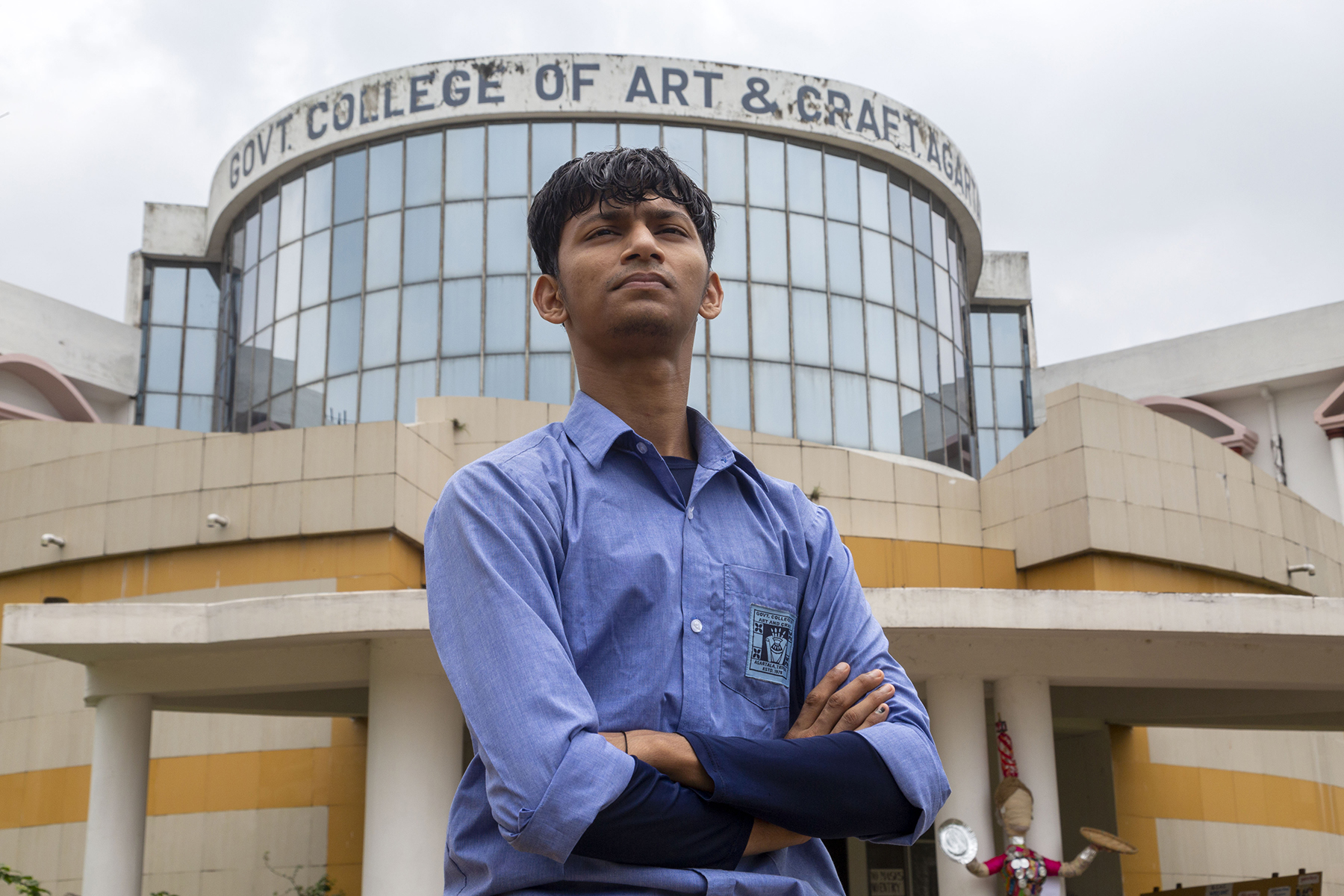 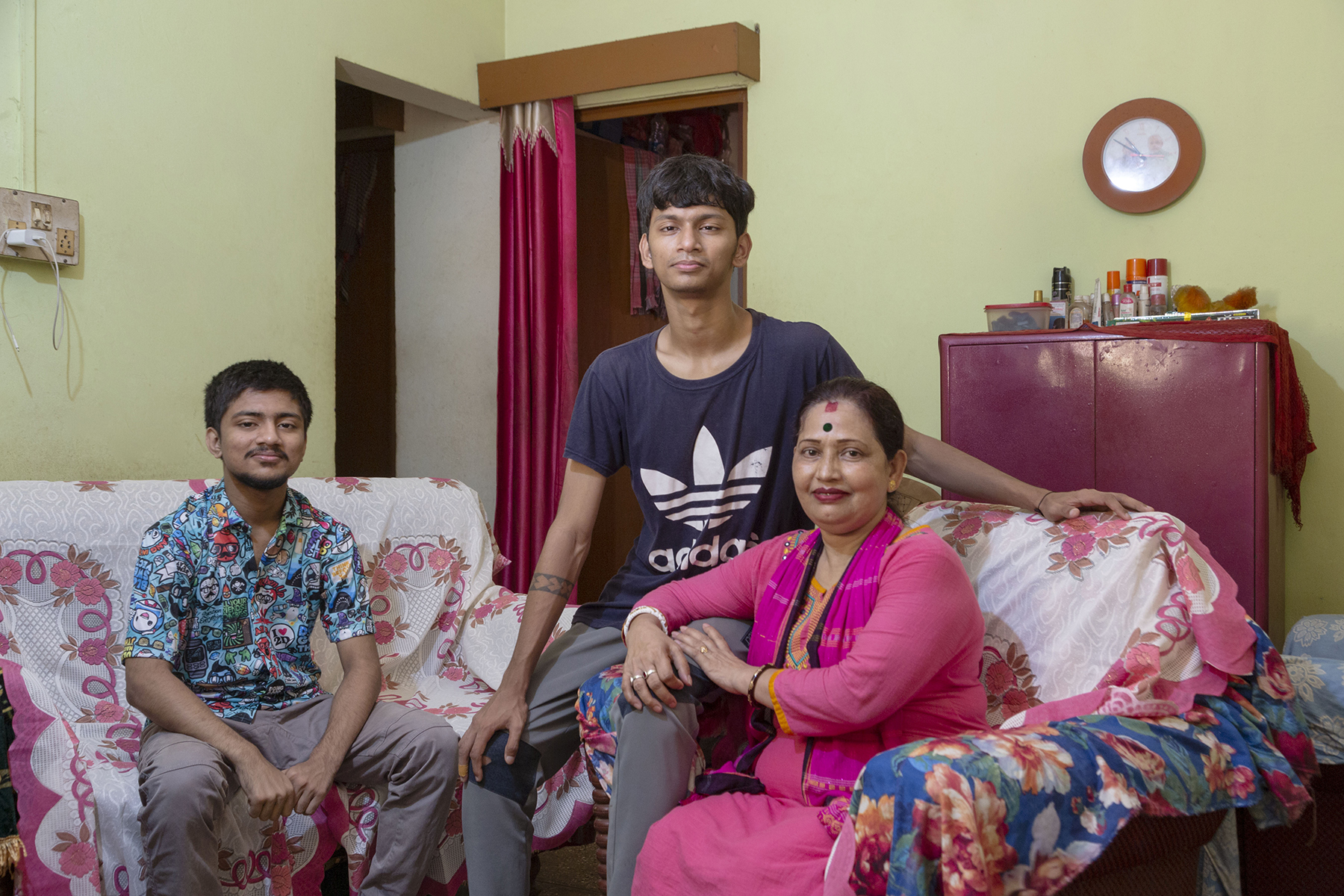 “I watch dance videos to pick up the moves for my shows. Photography is something I want to seriously pursue”

An old Hindi film suddenly flashed in Purnima Roy’s mind one day when she called her three-year-old son Pankaj by name and he didn’t respond. She remembered a scene in which a character didn’t hear a rattle being shaken because he was deaf. Snap your fingers, she told her husband Manoj. Their son showed no reaction to the sound. The couple then decided to take him for a medical check-up.

The Roys lived in Jangalia, an hour’s journey from Tripura’s capital Agartala, with their sons Agantuk, 10 years older than Pankaj, and Mainak, a year younger. They grew especially apprehensive about Pankaj’s non-verbal status when they compared him to Mainak. When the doctor confirmed Pankaj’s deafness, they were thoroughly despondent and, like many other parents of children with disabilities, started looking for a ‘cure’.

A family friend recommended a speech therapist under whose guidance their deaf daughter had been showing progress. But Pankaj actively resisted therapy and so it was discontinued. However, he learnt to say ma, baba (father) and dada (older brother). Then someone told them about Apollo Hospital in Chennai. The doctors there recommended a ‘pocket model’ hearing aid (with a small box containing the microphone and amplifier) and said a surgical procedure would only have a 50 per cent chance of success. Pankaj, now 22, uses Sign Language, and to communicate with those who don’t know Sign he lip-reads and types on his phone.

The whole family chipped in to support Pankaj, says Purnima. Manoj, who works in the newspaper industry, has been of great assistance and she also appreciates Agantuk’s thoughtfulness – even from an early age he used to look after his younger siblings. Pankaj was enrolled in a private, mainstream Bengali-medium school in Jangalia but the teachers kept insisting that he move to a “suitable school”. Fortunately a suitable school literally came calling.

“Field workers from the Ferrando School for Speech and Hearing in Agartala were going door-to-door around the state to identify children with disabilities in need of education,” says Purnima. “They came to our house in 2006 and that is how we got to know of the school.” For two years she took Pankaj to Ferrando, commuting one hour each way; for a year after that he stayed in the school hostel; and finally the family thought it best to move lock stock and barrel to Agartala where they rented a house. “The school really helped in his upbringing and inculcated a sense of discipline in him,” says Purnima.

Even before Pankaj was old enough to go to school he used to look at things like signboards and calendars and draw pictures of what he saw, says Purnima. On a National Integration Tour in March 2016, organised by the Assam Rifles, he gifted a painting to then president Pranab Mukherjee at the Rashtrapati Bhavan! He was a winner in 2015-16 of the national Cultural Talent Search Scholarship Scheme instituted by the Centre for Cultural Resources and Training. The scholarship entitled him to a fixed yearly amount and reimbursement for “training in the field of sculpture”. His painting talent also brought him the National Bal Shree Honour in 2017.

Pankaj was also strong in sports: he was on the school football team and played in out-of-state tournaments as well. Although he liked cricket and was a good batsman, the team management put him off, saying he wouldn’t be able to hear the other players when fielding. Keen on karate, he was encouraged by his master Pinaki Chakraborty to enter championships in states such as Gujarat and Maharashtra, and won a bronze medal at a national championship in Goa in 2019.

Currently doing his masters at the Government College of Art and Craft in Agartala, Pankaj is often called upon to be the photographer for his college functions. After passing out in 2023 he aims to do a formal course in photography. Given his looks, though, modelling could well be a lucrative hobby! He frequently takes the stage when the college conducts fashion shows and dance shows (“I pick up moves from dance videos”).

Purnima has a message for parents of children with disabilities: “Take your kids out into the world and they will gain confidence. Keep yourself abreast of what is happening around you. In this age of social media, you can find enough useful information and parent support groups to help you raise your child.”