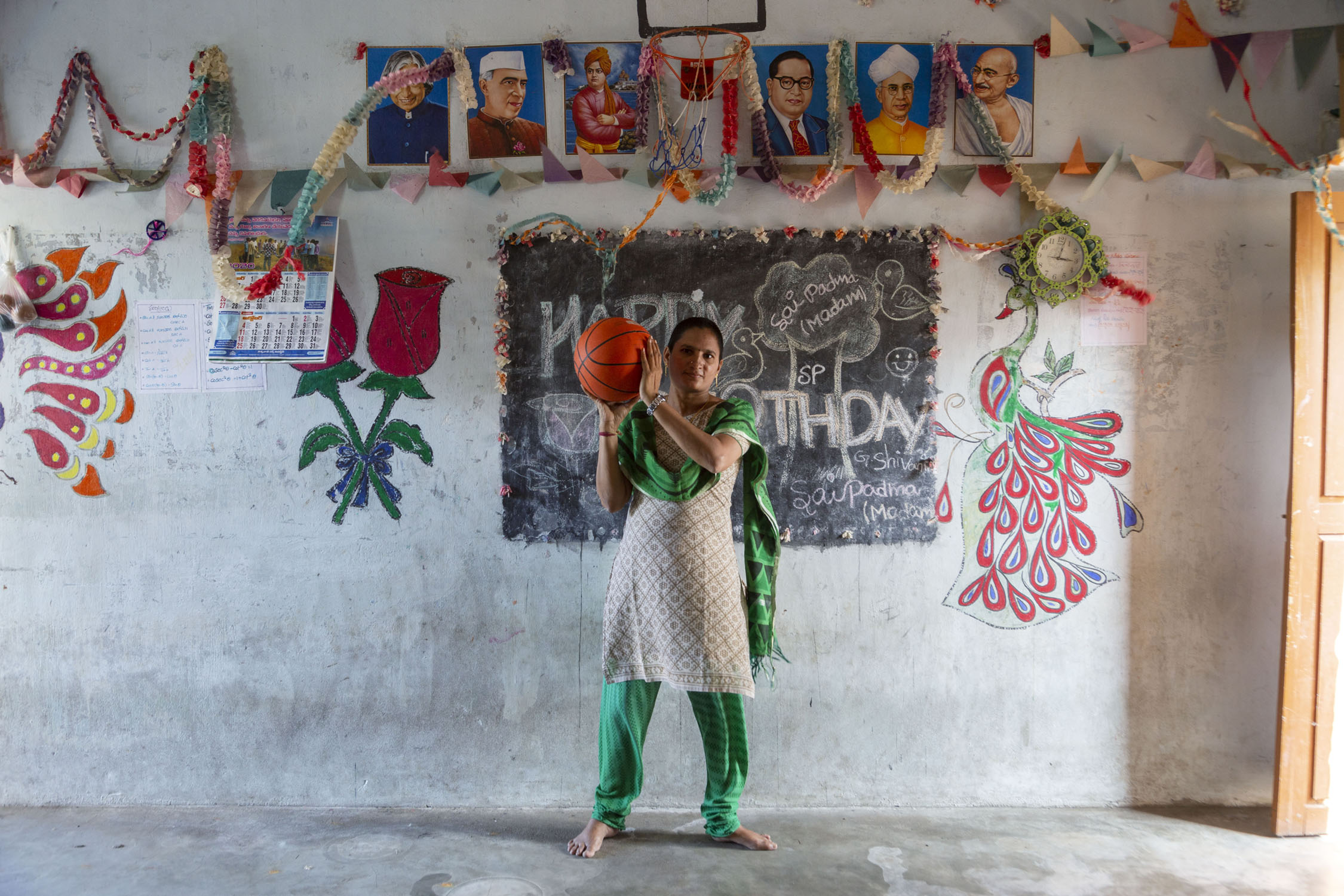 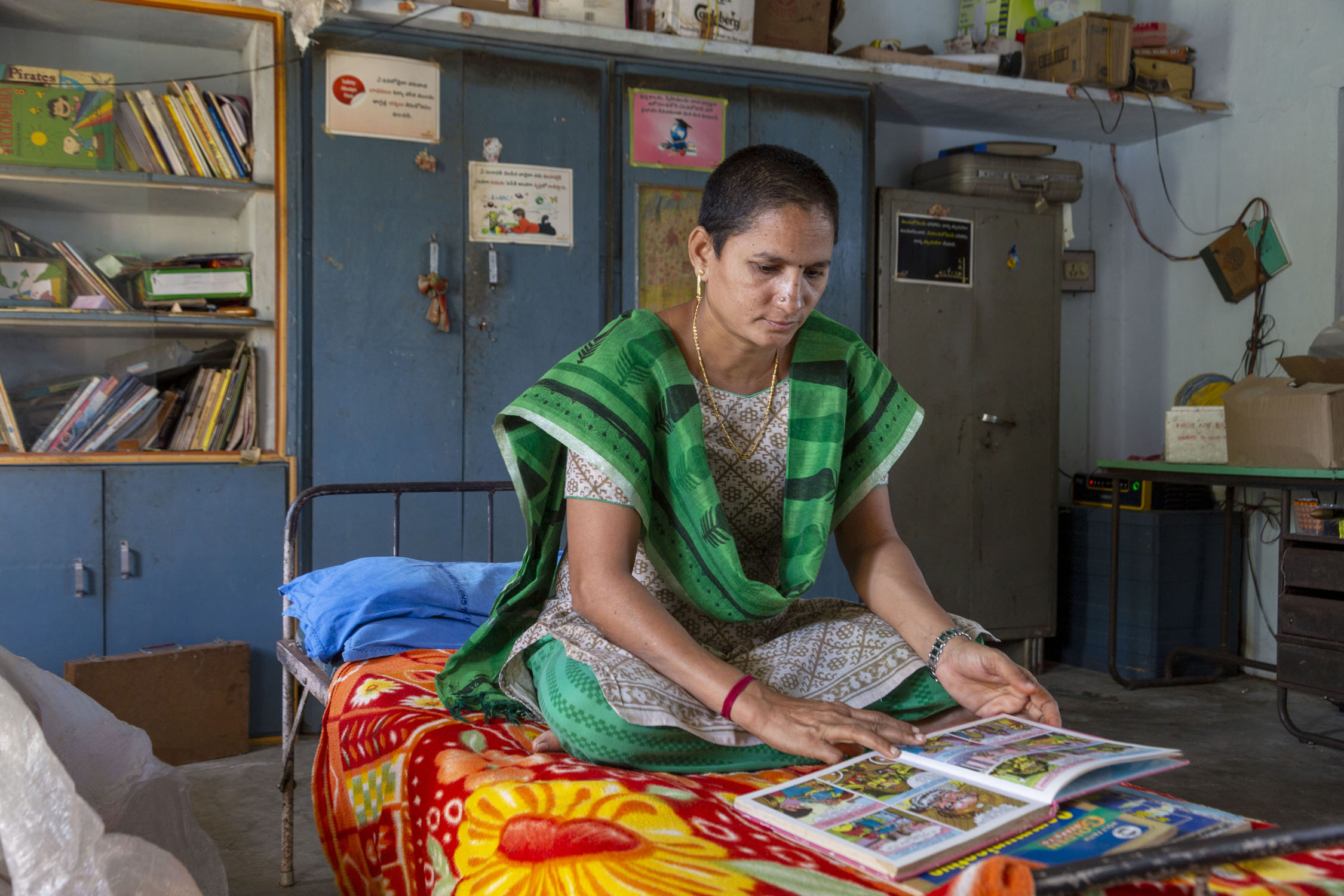 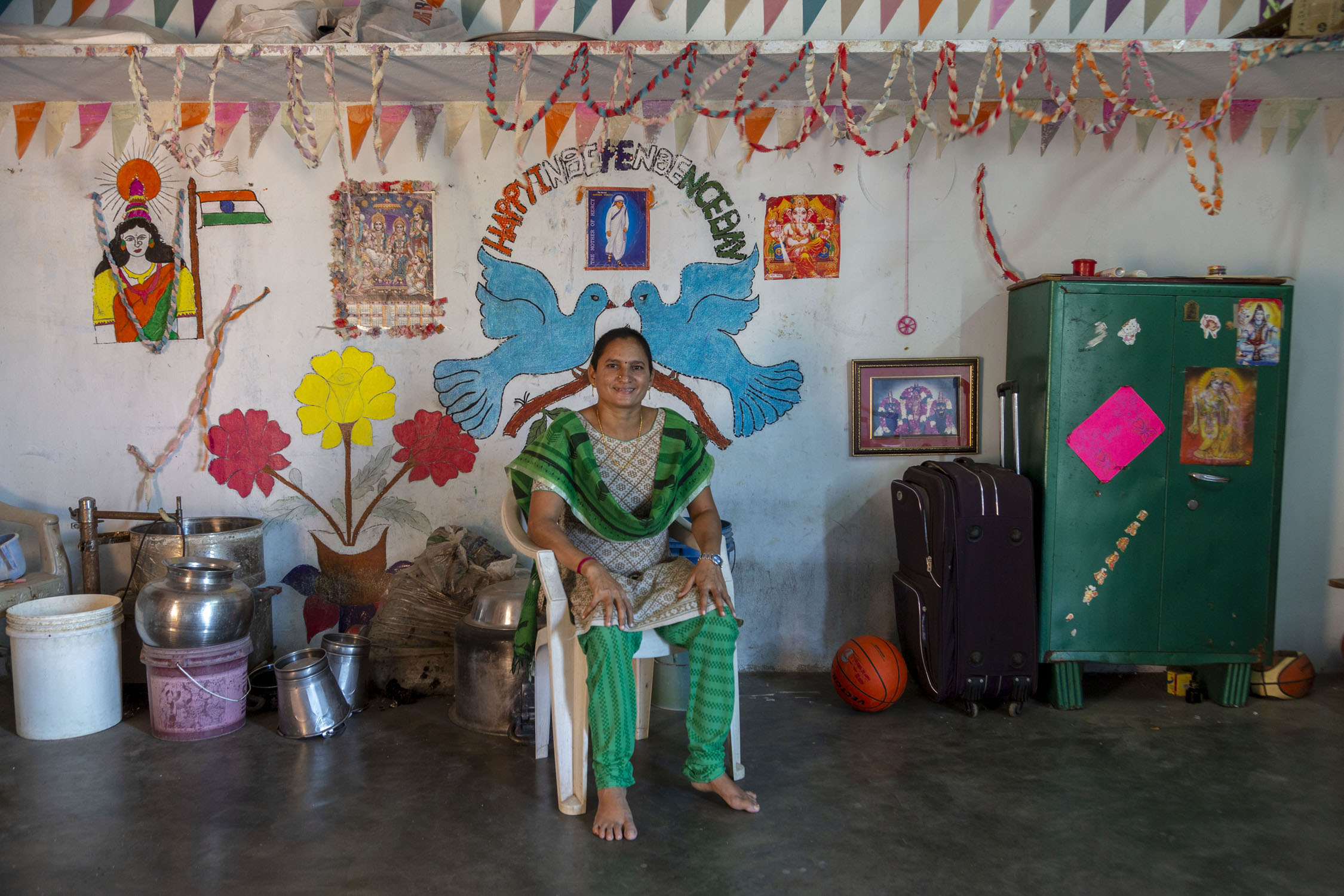 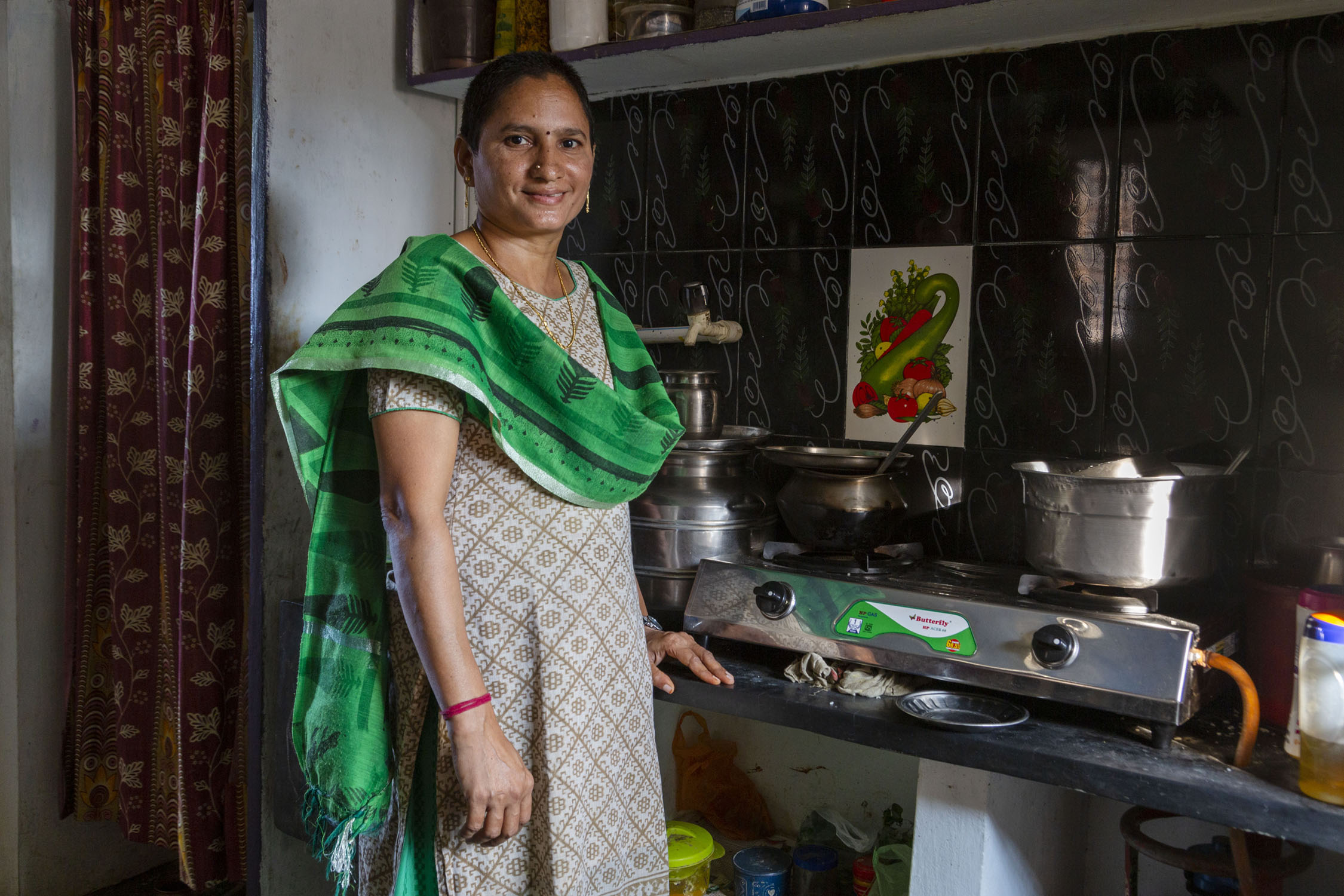 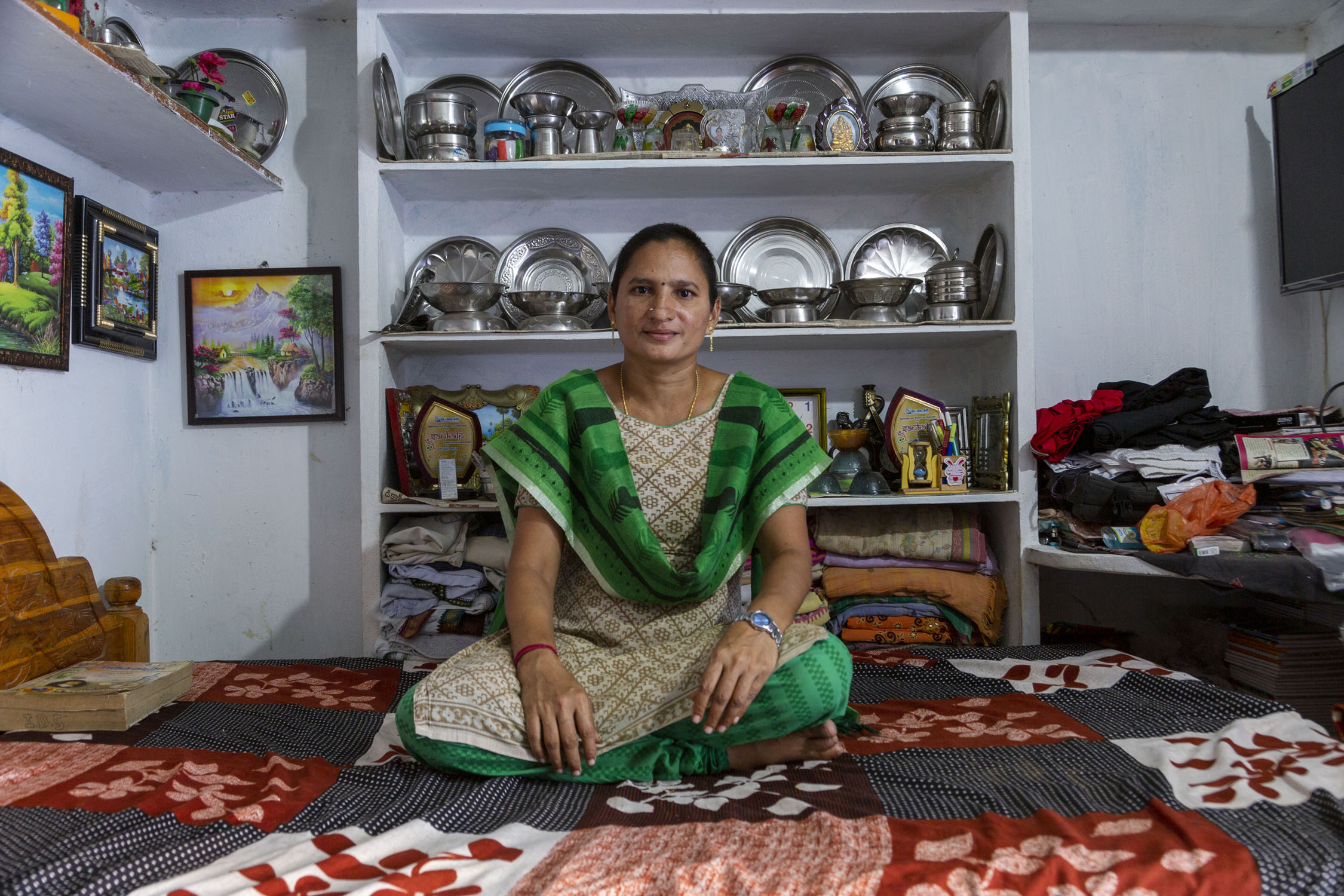 “I was a girl who couldn’t travel even from my village to the next village. And now I have played basketball in foreign countries”

Imagine a couple scraping by on daily wage toil in a village. Their daughter gets badly affected by polio. Then they have a second daughter who remains healthy. Whose education is disrupted? It sounds like a no-brainer but you’d be surprised.

Ramu and Bangaramma who live in Mentada, Andhra Pradesh were barely making ends meet when, in 1990, their five-year-old Satyavati contracted polio. Her left leg was so severely impacted that she could not walk and moved about by crawling. There was no way the couple could afford advanced medical treatment. Meanwhile, Bangaramma became pregnant. Since she was unable to see to her daughter’s daily needs, Ramu’s father Venku Naidu came forward to help. For a while, Satyavati lived with her grandparents who treated her with tribal medicine, which significantly improved her mobility.

When Satyavati started walking (albeit with difficulty) her parents admitted her to a Telugu-medium primary school. Their neighbours were shocked when they chose MPPS, one of Mentada’s well-known private schools. “Why do you waste money on her?” they asked. “Just set up a small shop that she can run when she gets old enough.” But the couple ignored these critics and held fast to their decision because, as Satyavati puts it, “They wanted to give me the best education possible so that I could lead an independent life.” In fact it was her younger sister who had to put her schooling on hold so that she could start working to supplement her parents’ meagre earnings!

After fifth standard Satyavati went to the government-run ZPH School where she got the second rank in 10th standard and won the Prathibha Award (the state award for meritorious 10th standard students). She was well on her way to fulfilling her parents’ dreams for her. In 2002 she completed her Intermediate in Maths, Physics and Chemistry at the Government Junior College in Gajapathinagaram and in 2005 she finished B.Sc. Keen to become a teacher, she then opted for a B.Ed course.

Satyavati was yet to find a full-time job. In 2014, while she was struggling along in her teaching career, a cousin suggested she drop in to the head office of Global AID in Vizianagaram. She did so, and her life turned around dramatically. The dynamic founder of Global AID, Sai Padma (whom we featured on EGS in April 2022) became her mentor. Besides playing the dual role of teacher and warden in the organisation, Satyavati has found her métier as a sportswoman!

In June 2016 when Sai Padma motivated her to attend a wheelchair basketball training camp in Hyderabad, neither of them expected her sports journey to take off so rapidly. In December 2016 she represented Andhra while playing at the 3rd National Wheelchair Basketball Tournament in Chennai and the team reached the semi-finals.

The year 2017 was an action-packed one for Satyavati. She was among the Indian wheelchair basketball players selected for a training camp in Thailand. “I learnt a lot of tips and tricks,” she recalls. “There were players from 11 countries, and coaches came from Sweden, Netherlands, America and Australia.” She was one of the 12 players chosen from among a pool of 90 to play for India in the 4th Bali Cup Wheelchair Basketball Tournament in Indonesia in August. Australian coach Ness Bradley put them through their paces and they won the bronze medal in Bali. In November she participated in the 4th National Basketball Championship in Hyderabad.

In 2018 Satyavati’s sporting path took a new turn. Supported by Global AID she took part in a training camp for coaches and was certified as a coach. “To the best of my knowledge I am the first woman coach with disability,” she says. “The pandemic upset everybody’s plans and I hope to not only resume my game but also train as many people as I can.”

Sometimes when Satyavati looks back at her journey in sports it seems “incredible and miraculous”. She is deeply grateful to her mentor Sai Padma Pragnanand and her team in Global AID for their ceaseless, wonderful support.