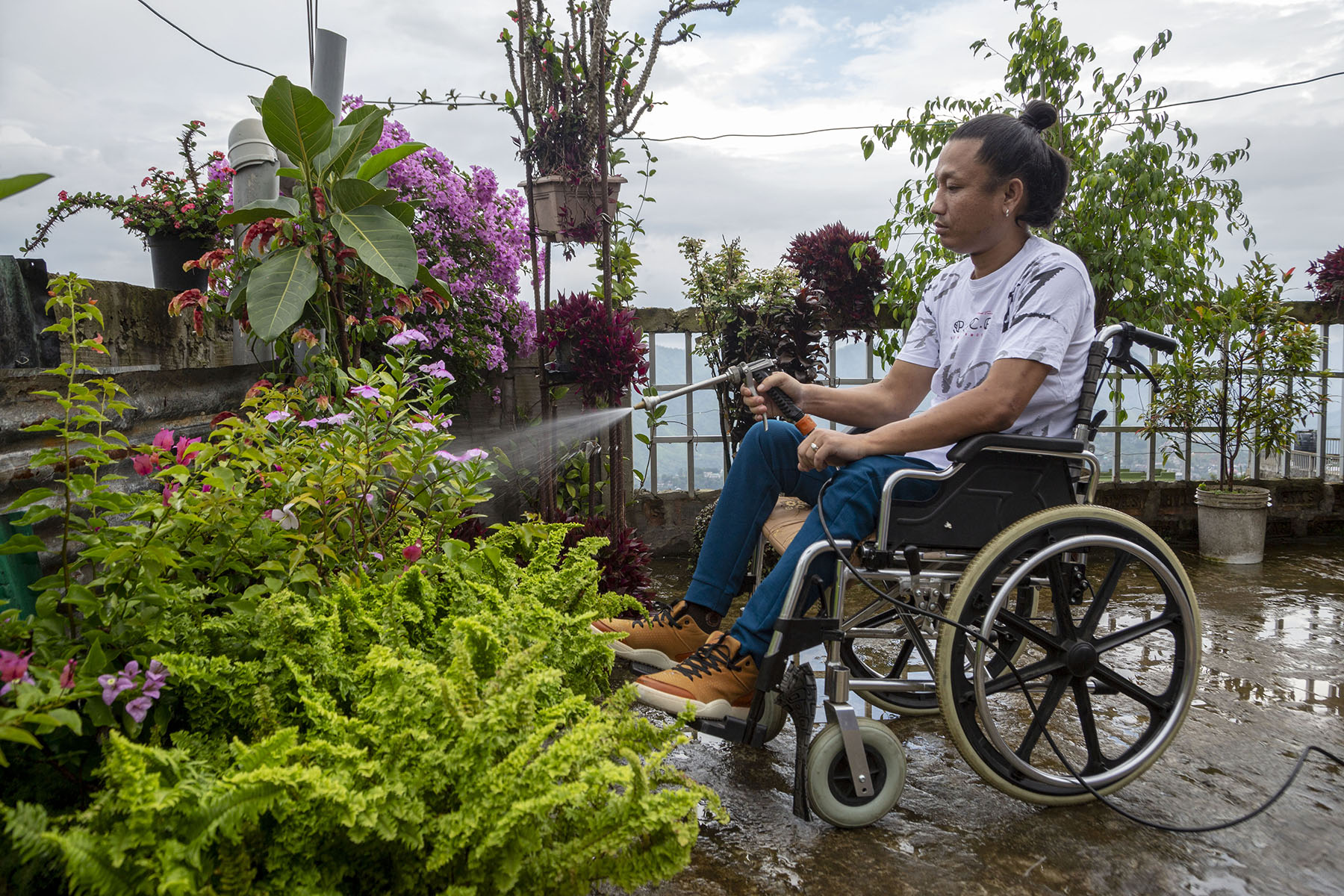 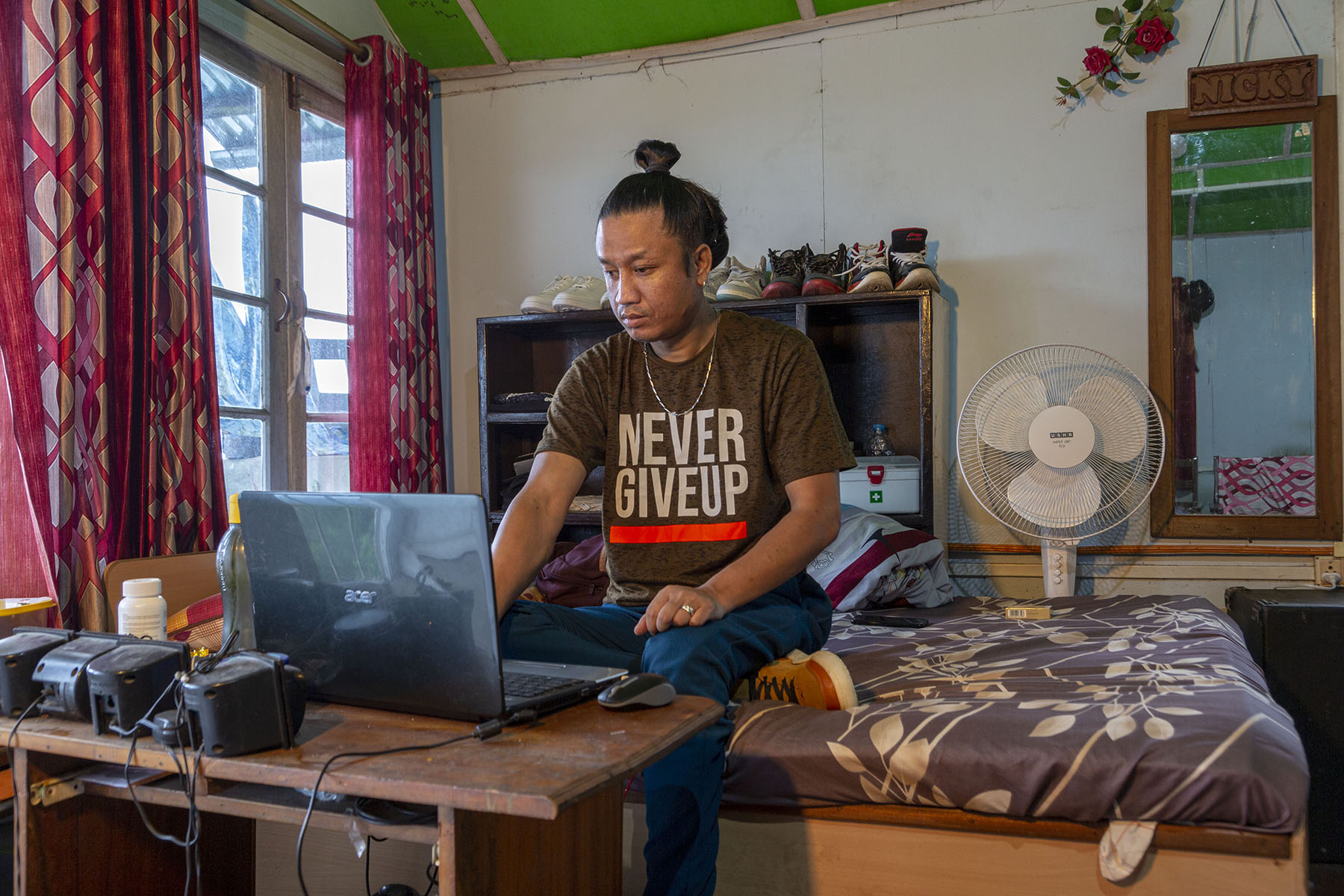 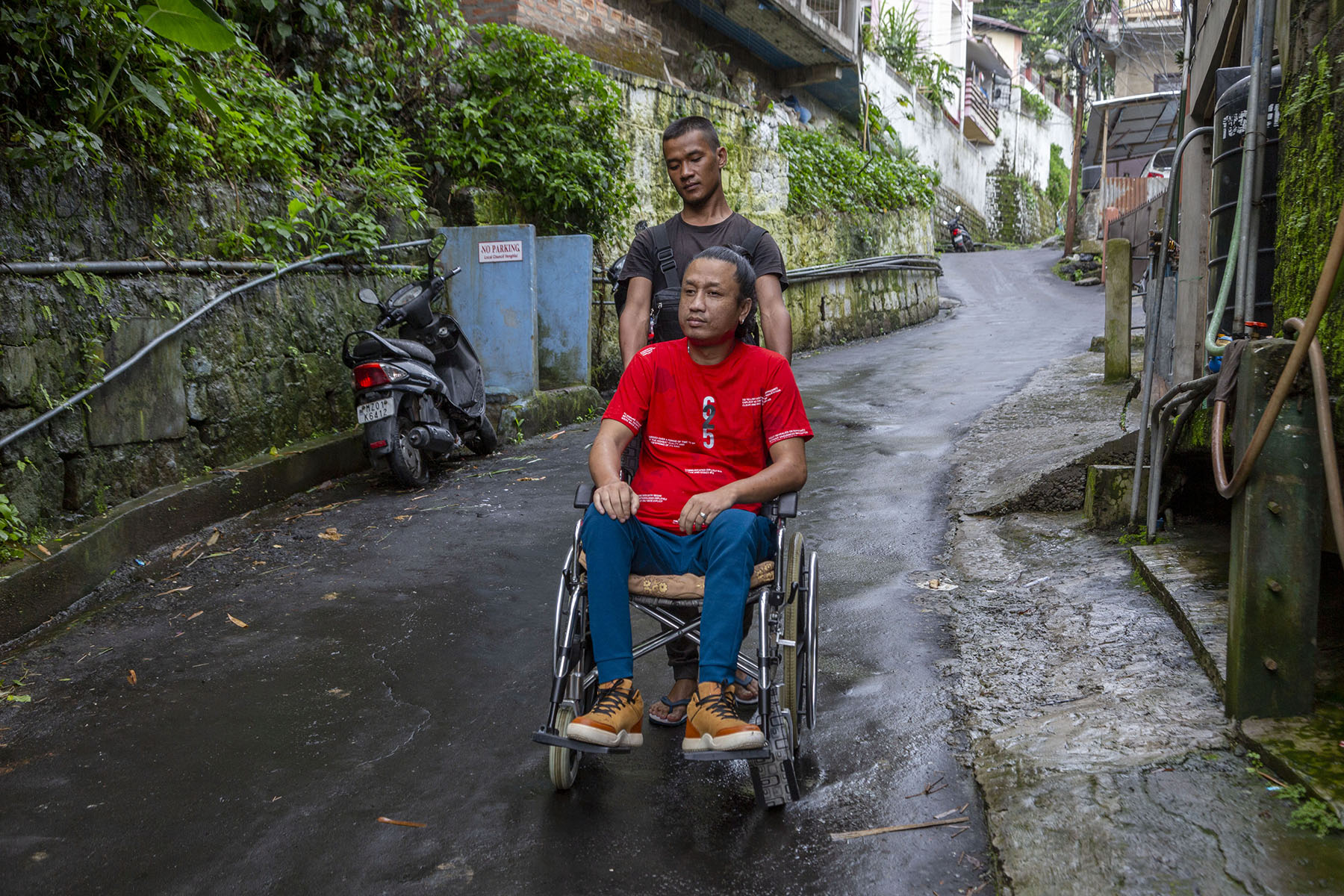 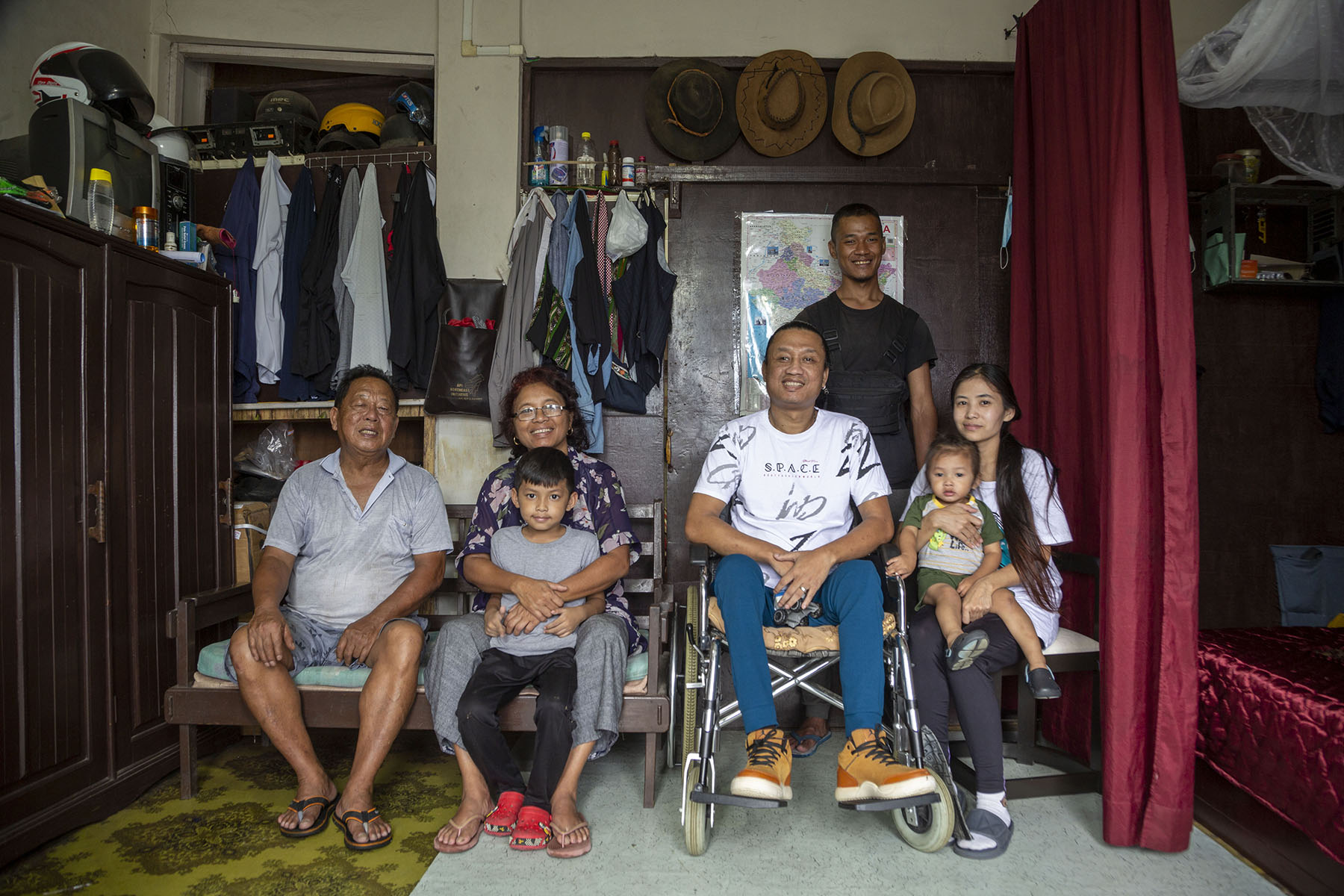 If you happen to step into a club in Aizawl, Mizoram you might be lucky enough to find a certain man behind the DJ controller blasting out a medley of techno, hiphop and Bollywood numbers. From where you stand you can only see his torso, face, and head with its thick black hair tied in a topknot. It is only when he moves away from the console that you discover that he uses a wheelchair.

Nicky Chhakchhuak, who goes by DJ Kniquee, is a popular freelance deejay of Mizoram who made local news in May 2022 when he performed at the main event of the largest DJ festival in north-eastern India. However, this was not the profession he intended to adopt when he was growing up. He was an active sportsman, playing football and basketball and practising Chinese martial arts called Wushu. In 2002, he was doing his Masters in Delhi and preparing to appear for the government UPSC exams to get into the civil services when his life veered off the rails.

Nicky was travelling on a bike with a dear friend when they met with an accident. His spine was injured in the crash. Doctors told his parents Nana (62) and Lalrimtuia (70) not to reveal that his friend had died since it would cause a setback in his recovery. Nicky says his memory was affected for a year and a half: his mind would wander when speaking to people and he couldn’t remember conversations. However, people around him didn’t notice anything wrong with him.

When Nicky grew fully conscious of his condition, it hit him hard. The realisation that he wouldn’t be able to walk anymore and would have to permanently use a wheelchair filled him with dread and despair. “I used to pray a lot,” he says. Of course he had his family to support him; he lives with his parents, brother Vanlalramnghaka, sister-in-law Ruth (26) and nephews Maximus (7) and Jayden (2).

“I found it strange that I used to get calls from even strangers, telling me about their own physical disabilities,” he recalls. “Perhaps this was because they knew me from my active sports career.” With time he not only accepted his situation but also started thinking of others. “God has put me in a position where I can do something for people who are worse off than me,” he said to himself.

Nicky used to feel uncomfortable when he went to social gatherings because of the way people behaved around him. He thought he should aim to prove that he could do what the so-called ‘able-bodied’ could do. But then he grew confident enough to accept his condition wholeheartedly. “Persons with disabilities should not put a stop to their lives,” he says. “They should freely mingle with others. This will bring out their abilities and allow them to break the barriers that society has erected.”

By and by Nicky formed the Different Abled Society of Mizoram which conducts sensitisation sessions for the public, spreads awareness of disability, and identifies persons with disabilities (PwD) who can fill government posts reserved for the disabled under the Rights of PwD Act 2016. In 2017 the Election Commission got in touch with him to discuss accessible elections and designated him the PwD icon for Mizoram and Aizawl district.

Of course Nicky says he wouldn’t be where he is today without the staunch support of all his family members down to even his little nephews. Jayden and Maximus have completely and naturally accepted the fact that their uncle is a wheelchair user. He also has a full-time helper Mawia (26) who assists him in his mobility needs when his father or brother is not around. “My family is the core of my life,” he says. “They share household chores with me and don’t treat me differently, which motivates me greatly.”