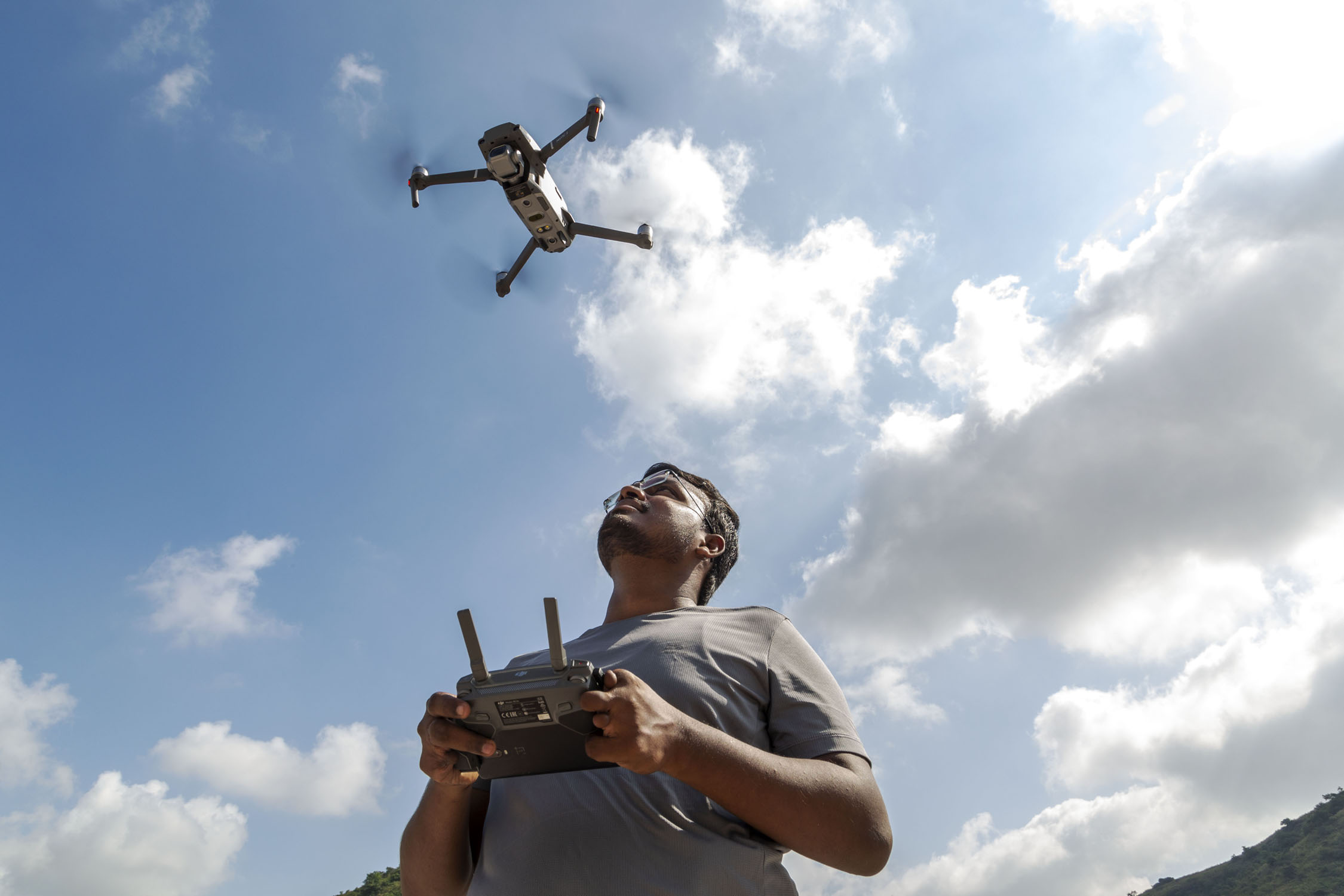 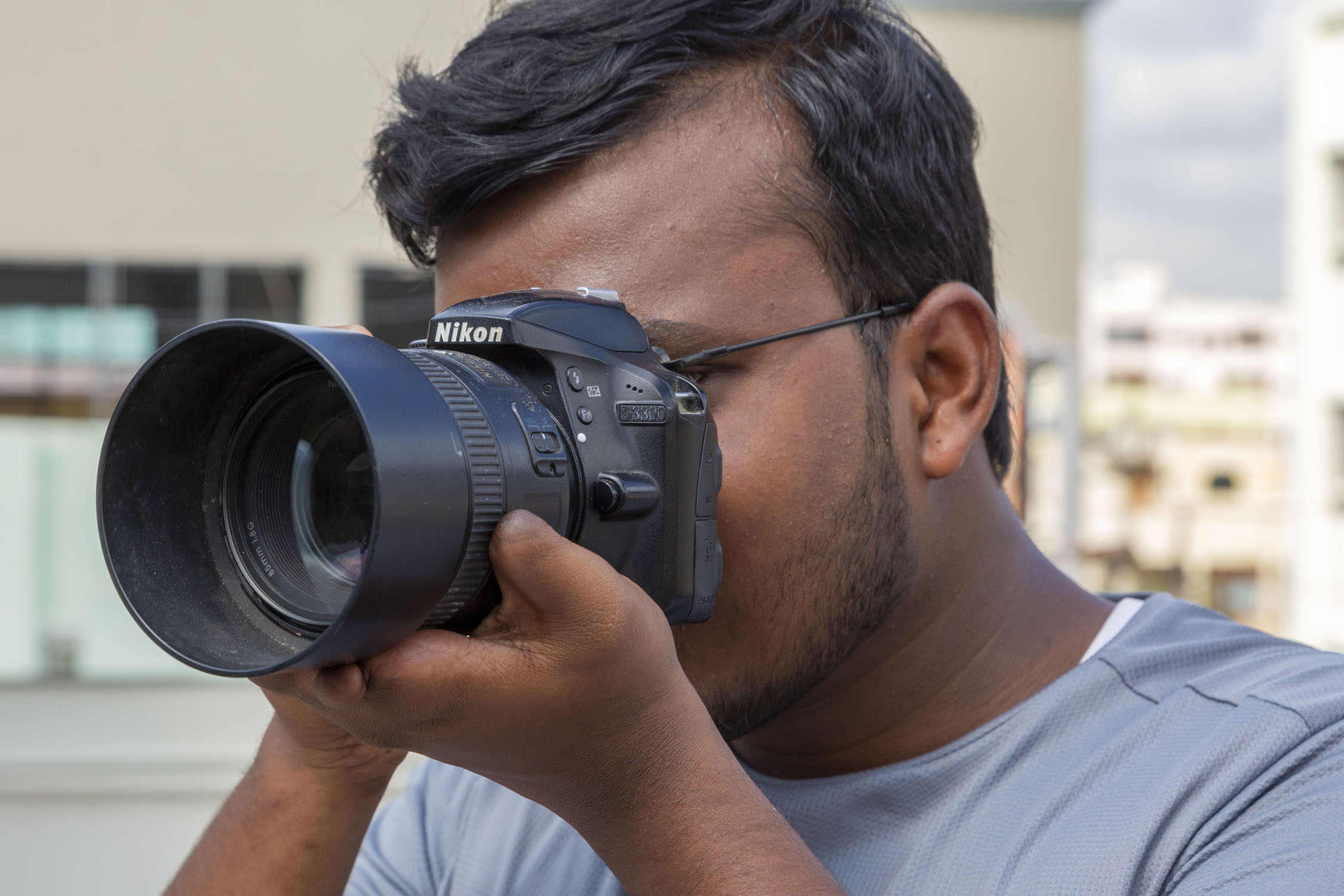 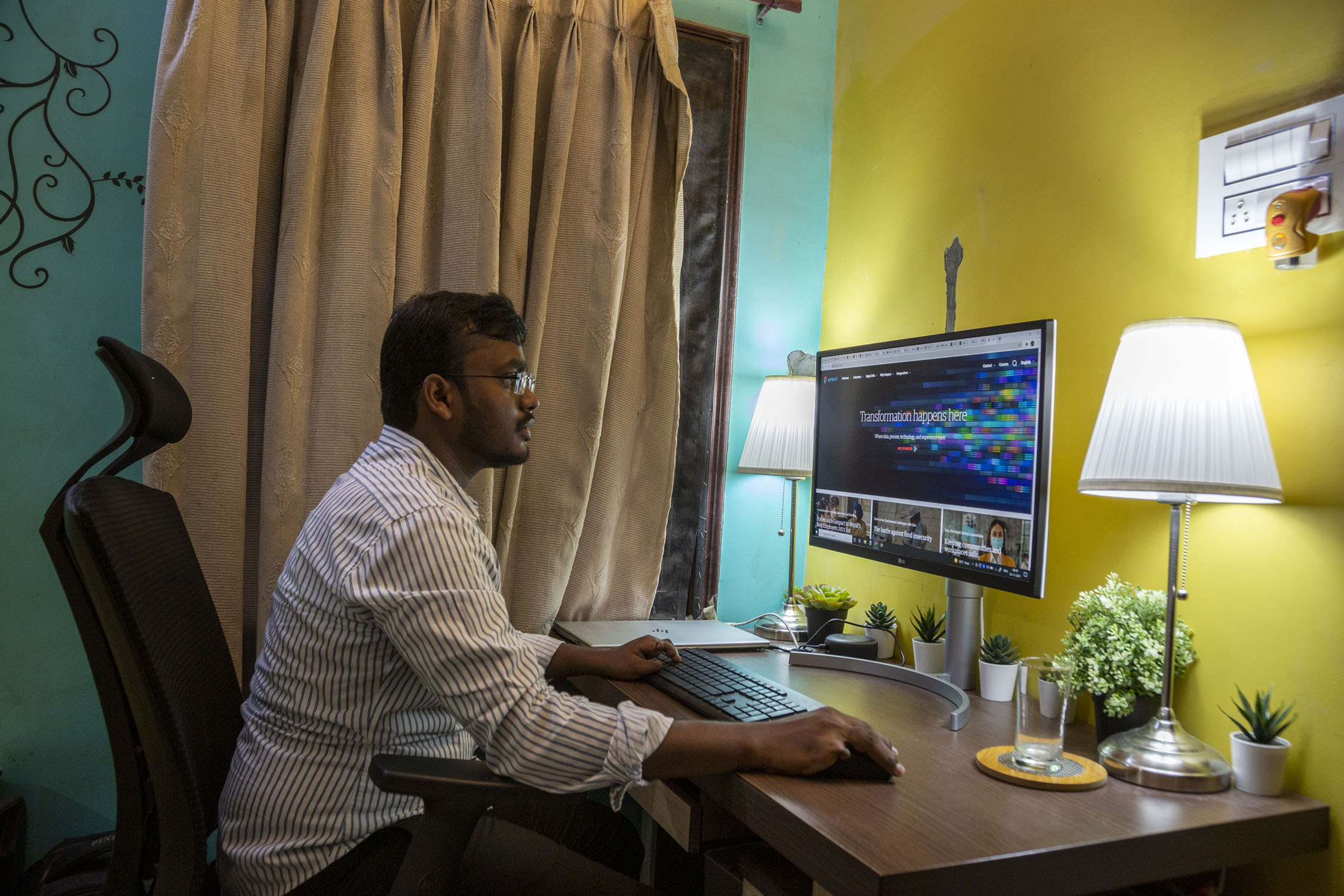 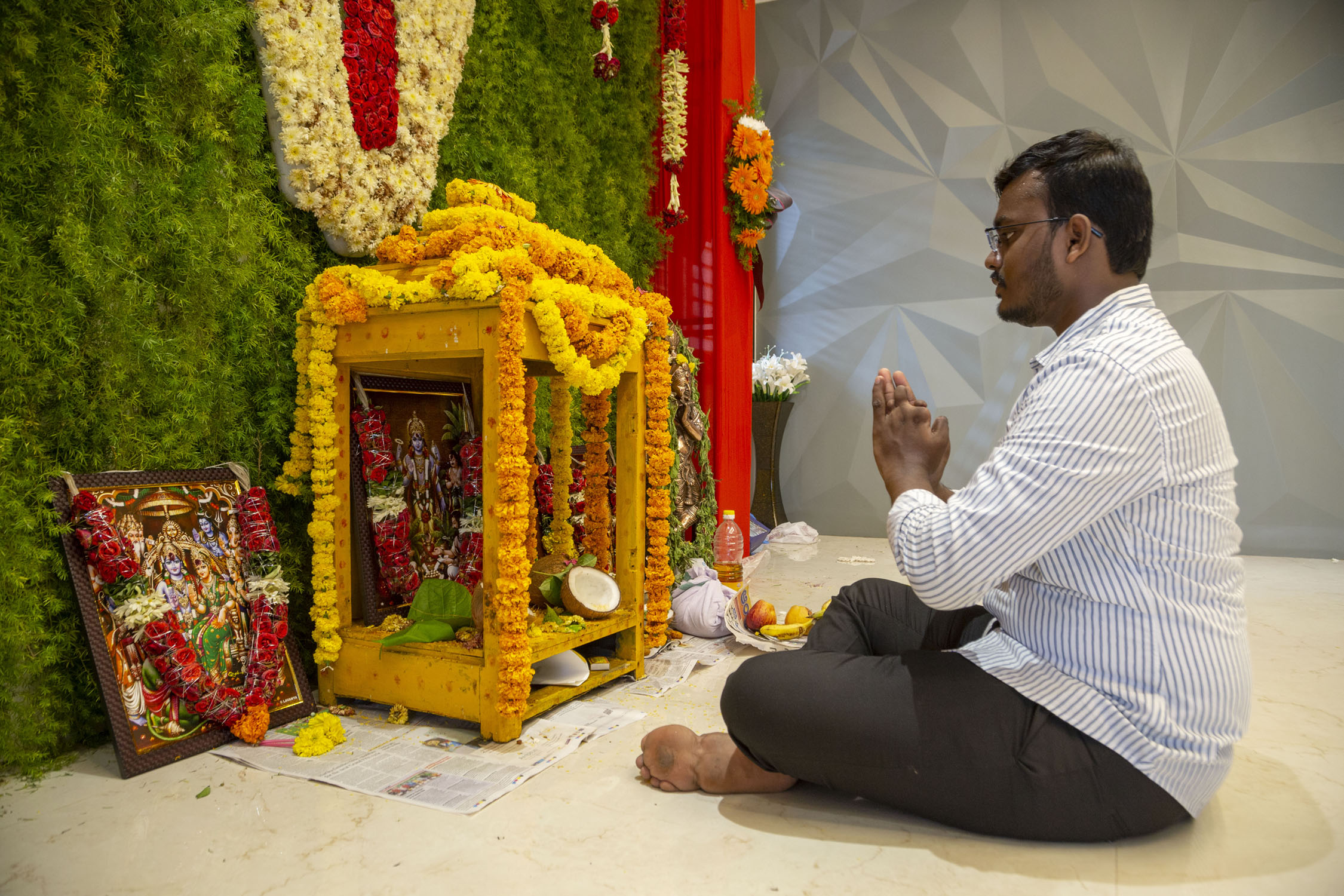 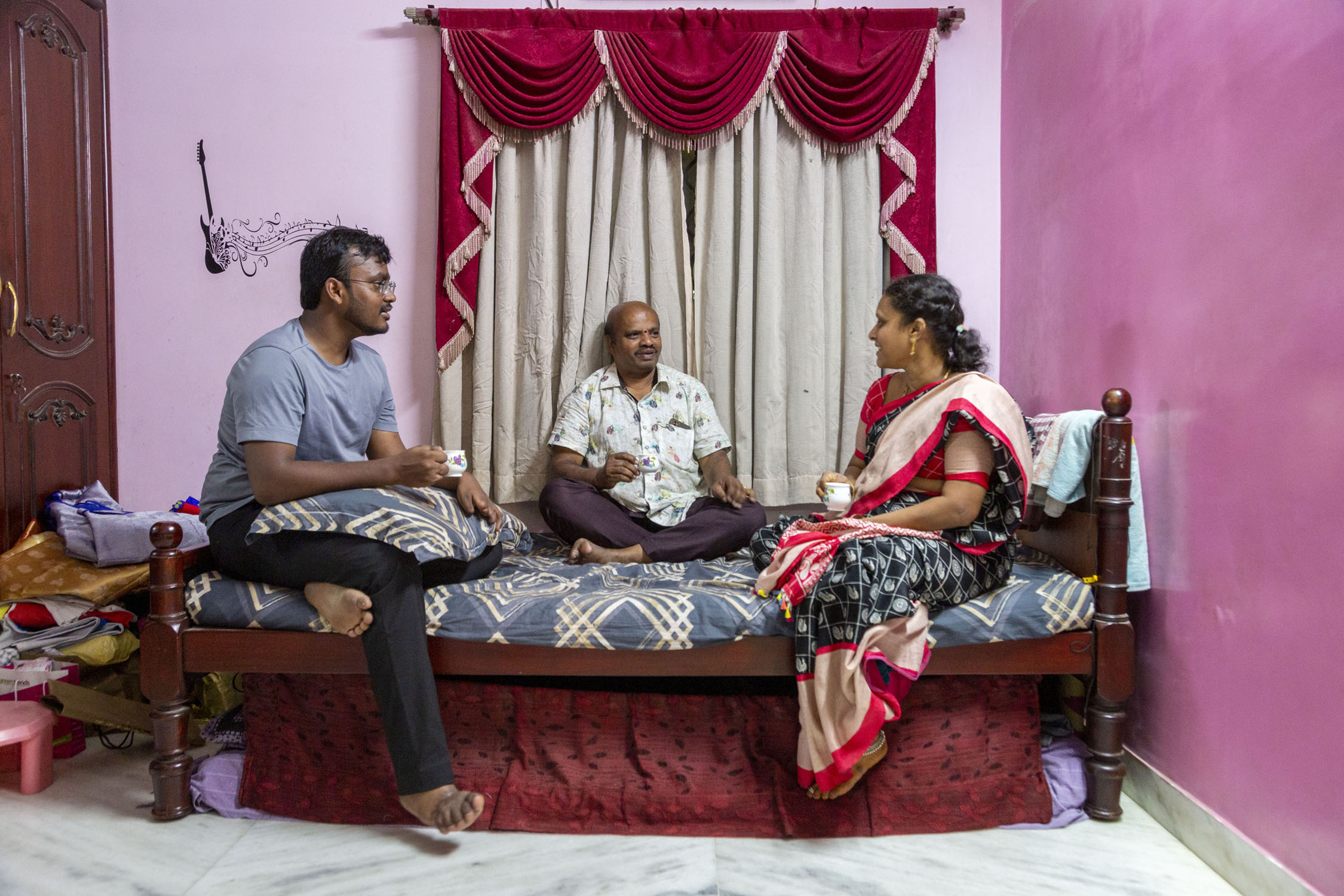 “When life gets tough, try to sit back and observe. Not everything needs a reaction”

A nick on the thumb with a kitchen knife can leave the average person unable to perform so many ridiculously simple acts. When you try to turn a key or bolt a door, slice onions or knead dough, you are painfully reminded of how vital each finger is to you. Of course your body can adapt to the loss of function of any of its parts, but this takes time and practice.

Mohith Majety (23) from Vijayawada was born with only four fingers instead of ten. As a little boy he struggled to carry out his daily activities – holding a pencil to write, tying shoelaces, buttoning his shirt, eating with his fingers. As he entered his teens he avoided games like carrom that needed fine motor skills. Although his body learnt to adapt as he grew older, there were challenges even later in life. In his engineering course (his subject was Instrumentation) it was difficult to peel and join wires and use tools when making electrical circuits. Even today, when lifting weights at the gym, although his arms are strong his fingers cannot support weights beyond a certain threshold.

But we should turn the spotlight away from his inabilities and shine it towards the caring home environment that has brought out his many capabilities. Mohith and his brother Karthikeyan were born to Raja Majety (52), who runs a grocery shop, and Radhika Majety (47), and they were part of a 10-member joint family that included Raja’s elder brother and family. Mohith, who recalls a childhood filled with friends and happiness, says his uncle’s family supported and encouraged him in all his endeavours, while his parents and teachers invested a lot of time in helping him deal with his disability.

In 2016 Mohith cracked the entrance exam that got him into IIT Kharagpur. This is where his journey of self-exploration commenced. His academic burden being relatively light in the first year, he joined the college photography club ‘clickkgp’ where he participated in photography exhibitions and created annual calendars. By the time he reached his fourth year he had delved into videography; one of his YouTube videos received 160K views!

In his second year, as Media Secretary of the Gymkhana Club, he covered events and helped publish the annual newsletter. But it was in his third year that he found his métier when he came across the Abilympics, the vocational skills competitions specifically designed for persons with disabilities to enable them to expose their unique talents. Representing the East Zone, he participated in the photography competition held by the National Abilympic Association of India and in 2018 he won the bronze medal. He is looking forward to representing India in the 10th International Abilympics in Moscow in May this year.

Mohith loves to travel. He has conducted treks to the Himalayas and trips to Bhutan, and has also gone on road trips and treks covering India’s eastern, northern and southern regions – the western region is next on his list. “I am lucky to have been able to pursue both my passions: photography and engineering,” he says.

In 2020 he joined a global corporate firm as a software engineer. However, his dreams don’t end here. He has been able to reserve a seat for himself in Paris University and will be leaving soon to pursue a Master’s degree in Management, although his family is a bit reluctant to send him abroad. The only message his mother has for him is, “The country has given you a lot. Come back and give back to the country.”

His mantra of life is captured on his computer wallpaper: “Never stop trying, keep doing it whether you fall or you rise.”