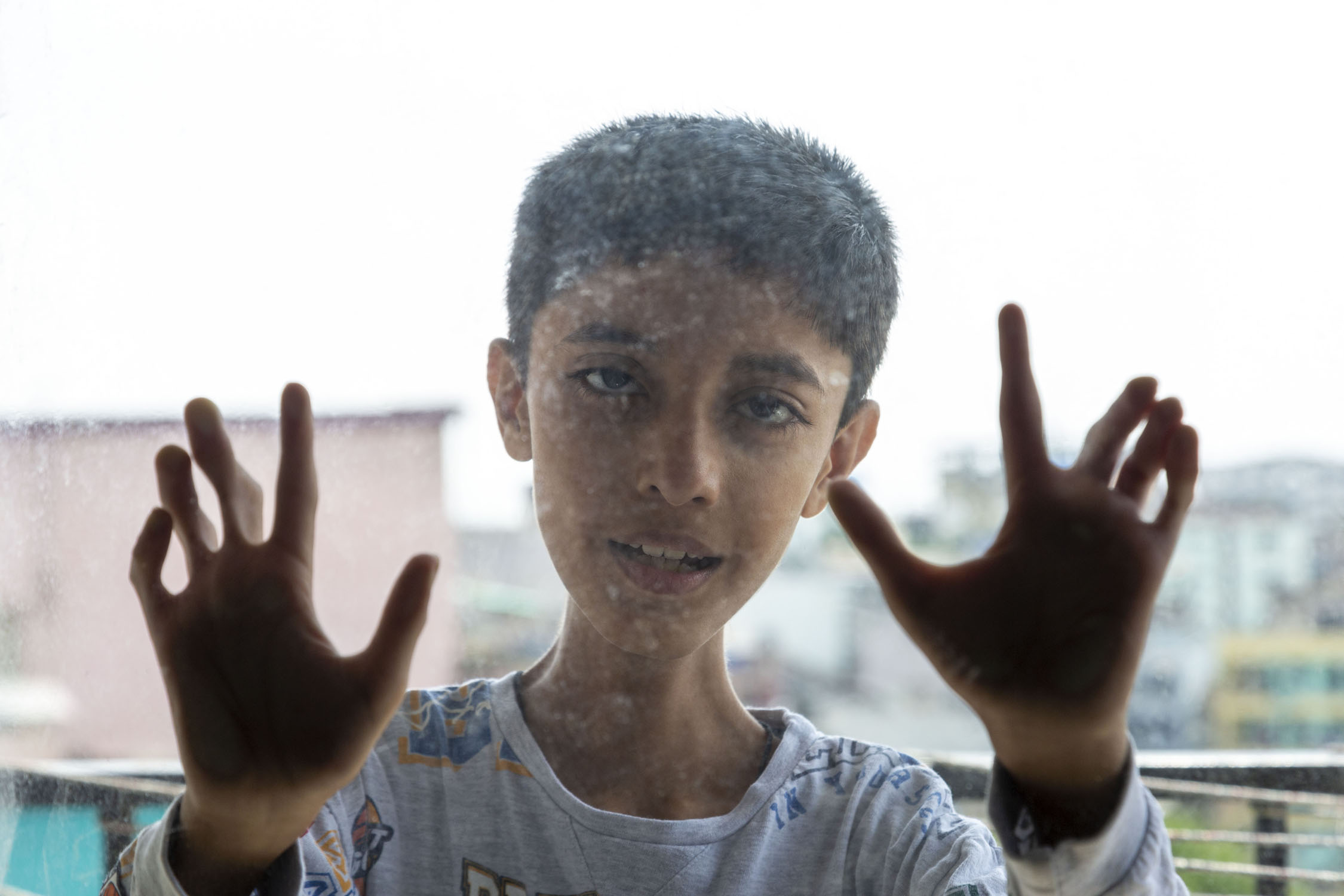 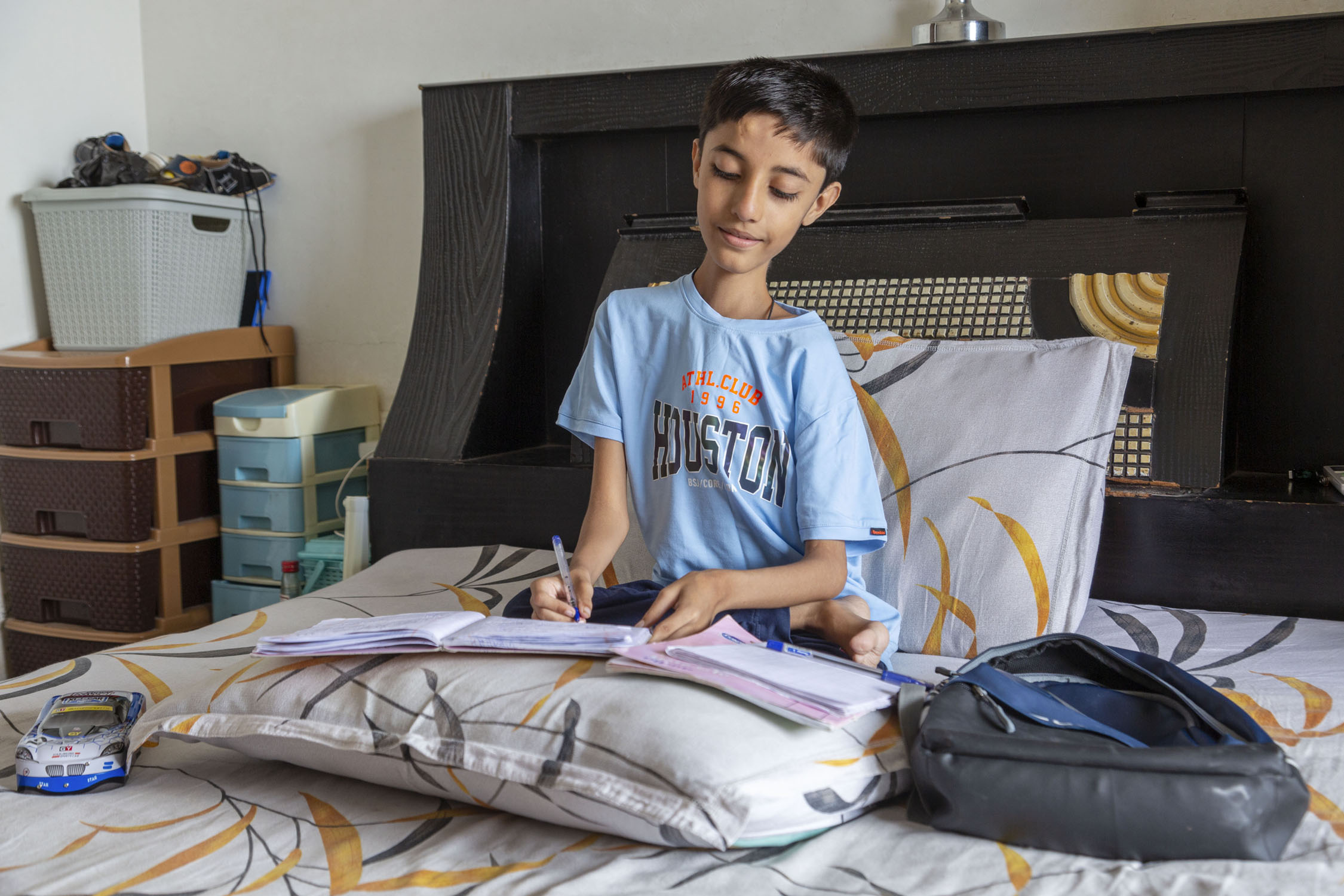 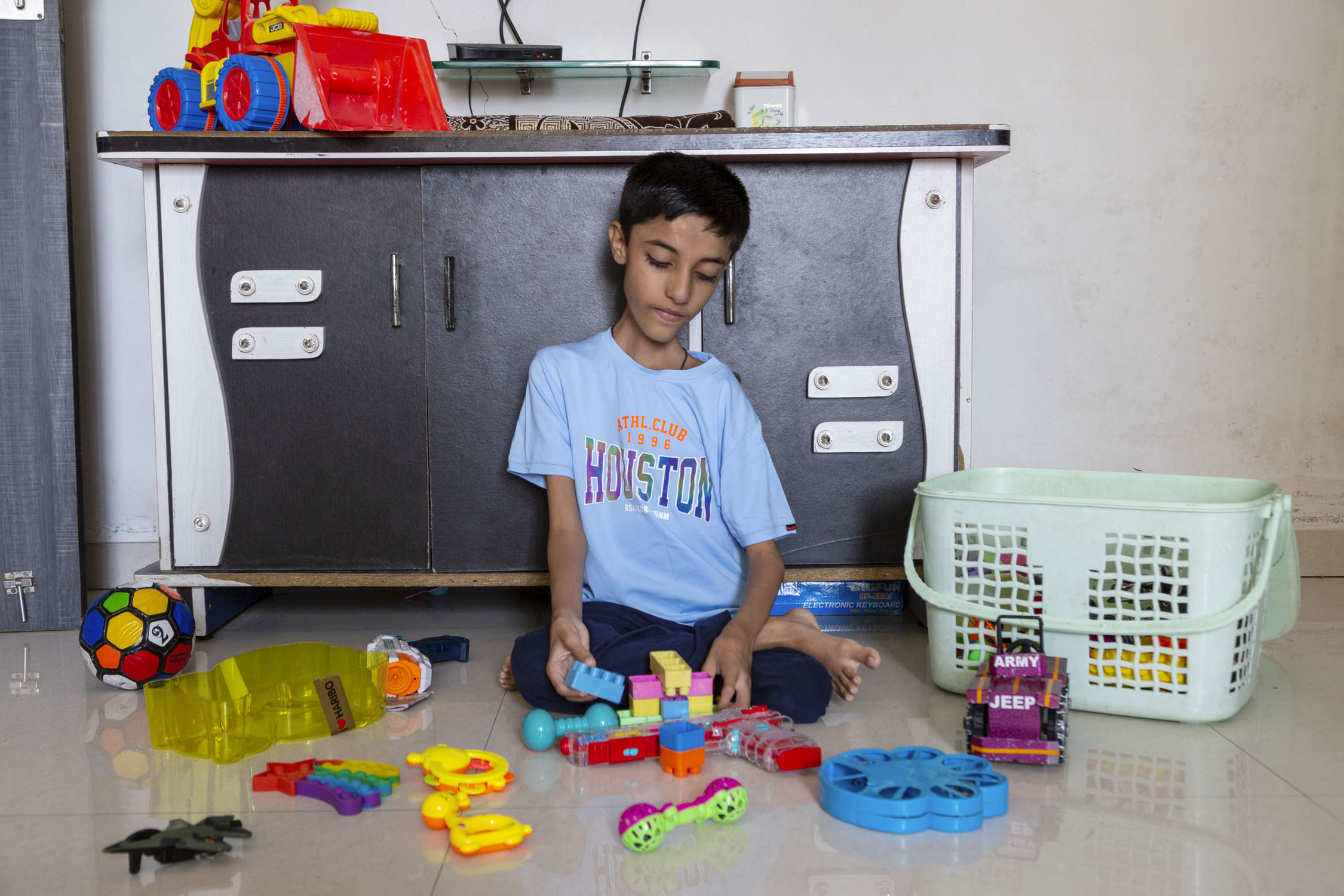 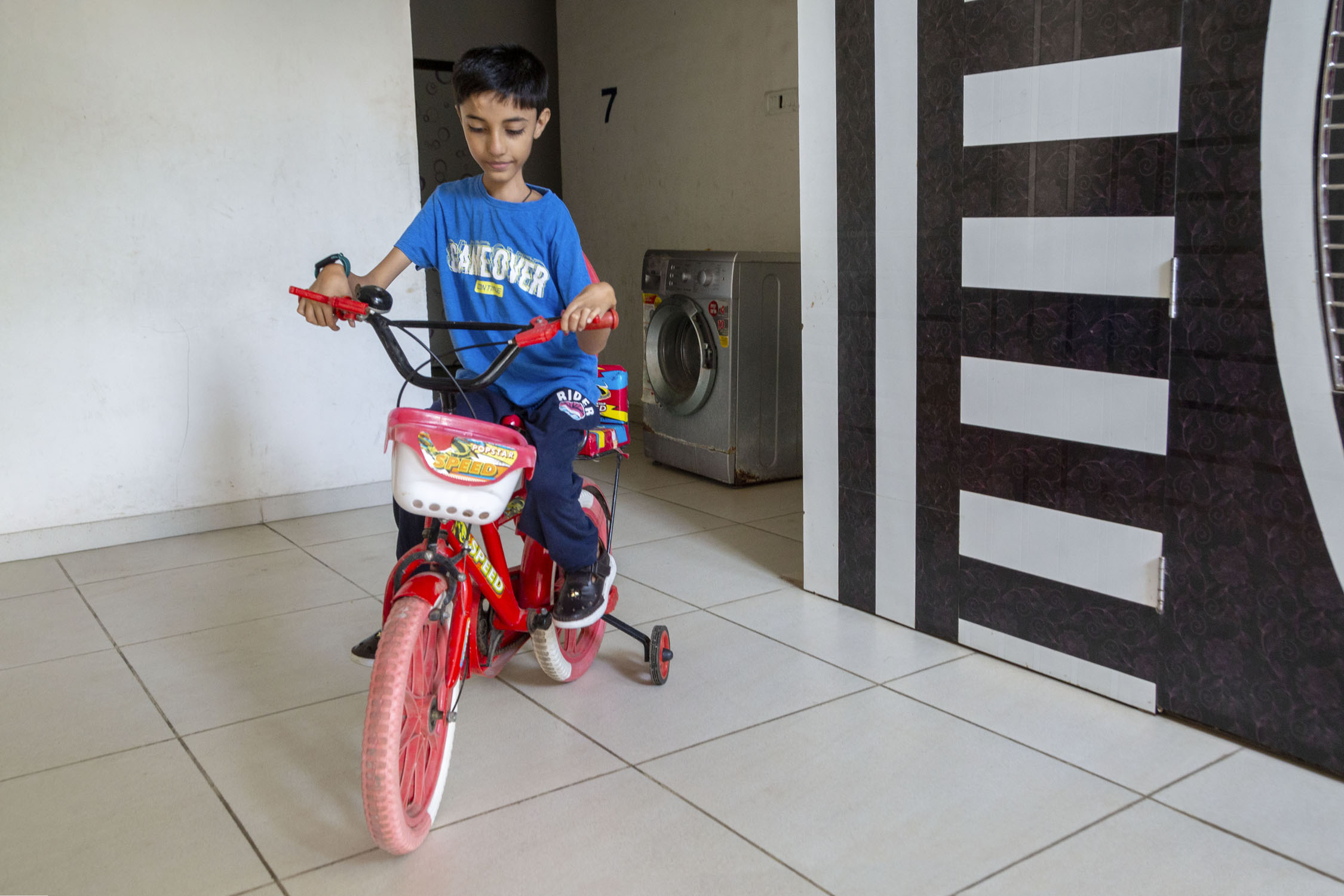 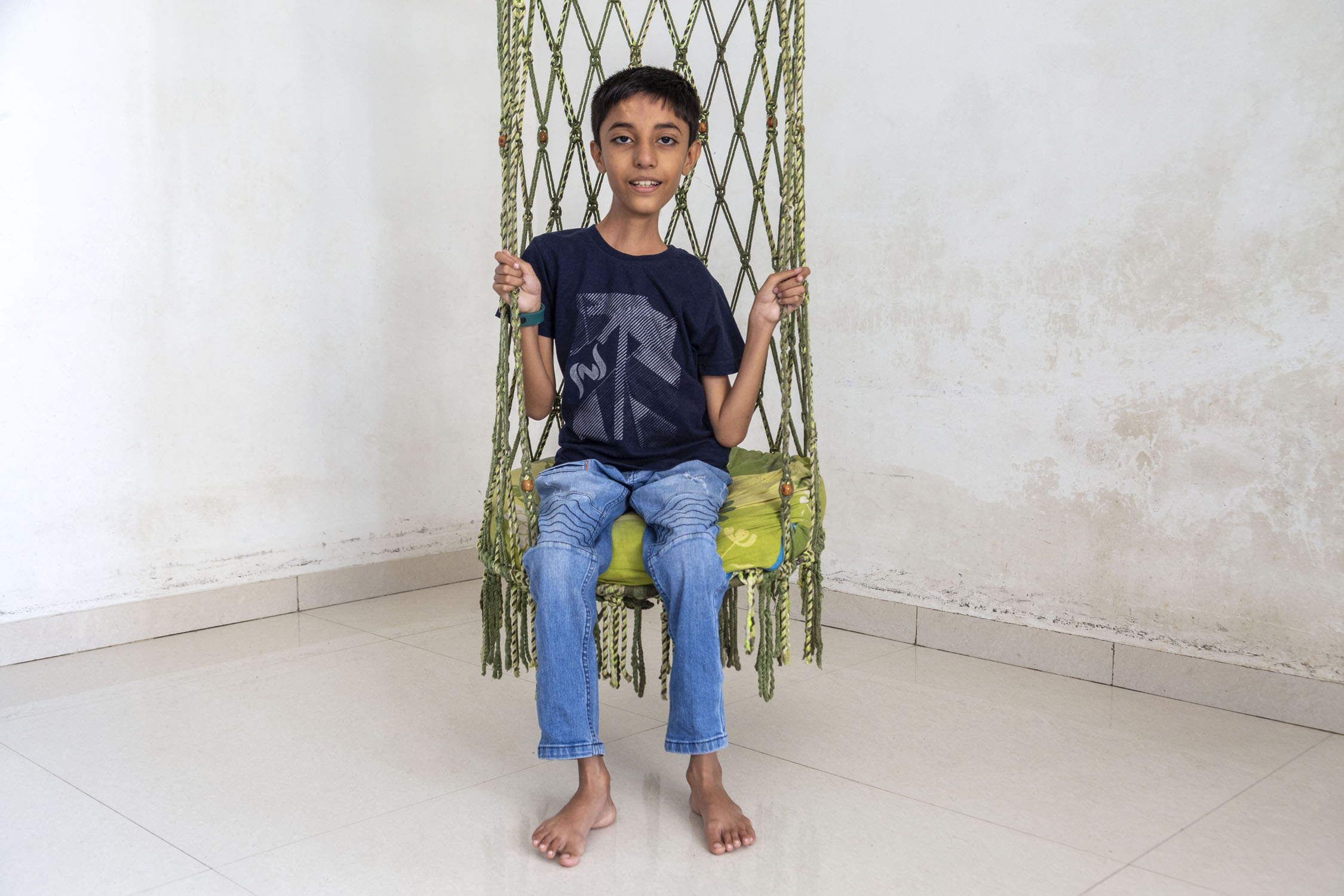 “I like everything to be neat and tidy. I do not like other kids messing with my toys”

The arrival of the first child in an Indian family is usually a cause for much anticipation and celebration. Mohammad Hussain, born in the union territory of Daman to Karishma and Wasim Memon, was also the first male grandchild in the joint family. Doctors who performed the C-section were less jubilant, though. During Karishma’s latest check-up they had noticed low amniotic fluid and decreased movement of the foetus in the womb, and as a result, they expected issues to arise.

Sure enough, Hussain was diagnosed with Distal Arthrogryposis Multiplex Congenita, which results in stiffness of multiple joints in the body. The symptoms of Distal AMC can vary greatly: both arms and legs might be affected, muscles weaken throughout the body and sometimes the spine develops a curvature. Yahya was born two years after Hussain and has no disability. Eighteen-month-old Qassim, however, has a less severe form of Distal AMC.

When Hussain was over a year old, the Memons took him to Baroda where he was fitted with orthoses (braces and splints) to support the arms and legs. By the time he turned three his gait had improved; now nine years old, he can walk without support on a plain surface but is unable to climb stairs by himself. However, his curved spine causes breathing problems and has apparently shrunk his appetite. “Because his backbone compresses his stomach he doesn’t feel hungry and never asks for food,” says Karishma.

Till he was eight, Hussain used to go to a school that offered him absolutely no support. Wasim would carry him up to the classroom on the first floor. Hussain had a friend who would help him go to the toilet but to be on the safe side, Karishma would fit him with a diaper. When the friend left the school, Hussain could no longer cope and had to change schools as well. But the move turned out to be a stroke of luck because Stella Maris School, which he joined in fourth standard, has assisted him in every way, and the school ayah helps him to go to the toilet.

Hussain’s handwriting is untidy because the fingers of his right hand are weak. However, his brain is sharp and he is good in maths and drawing. After school he goes for tuition during which he completes his homework. He returns home at six, has a light supper, goes for madrassa class at seven and returns by nine to have dinner and go to bed.

In his spare time he plays video games. He has a bicycle with balancing wheels and an abundance of playthings. He is fastidious about arranging his possessions, whether books or toys, and hates clutter. This is why he ends up playing alone because he gets irritated when other children, including the mischievous Yahya, damage his toys or create a mess. Cleanliness is an obsession: he gets upset if food falls on his clothes while he eats. Like most kids he is loath to eat his veggies and prefers chicken, burgers and noodles.

Wasim is the manager of two boutiques that sell footwear, clothes and accessories, and imported items too. Since he works from 10 a.m. to 10 p.m. Karishma takes care of Hussain and Yahya while her mother-in-law Meher-un-nisa Hamidani manages little Qassim. Karishma believes that with the nutritious food they have been giving Hussain, he has improved significantly since birth and will continue to do so.