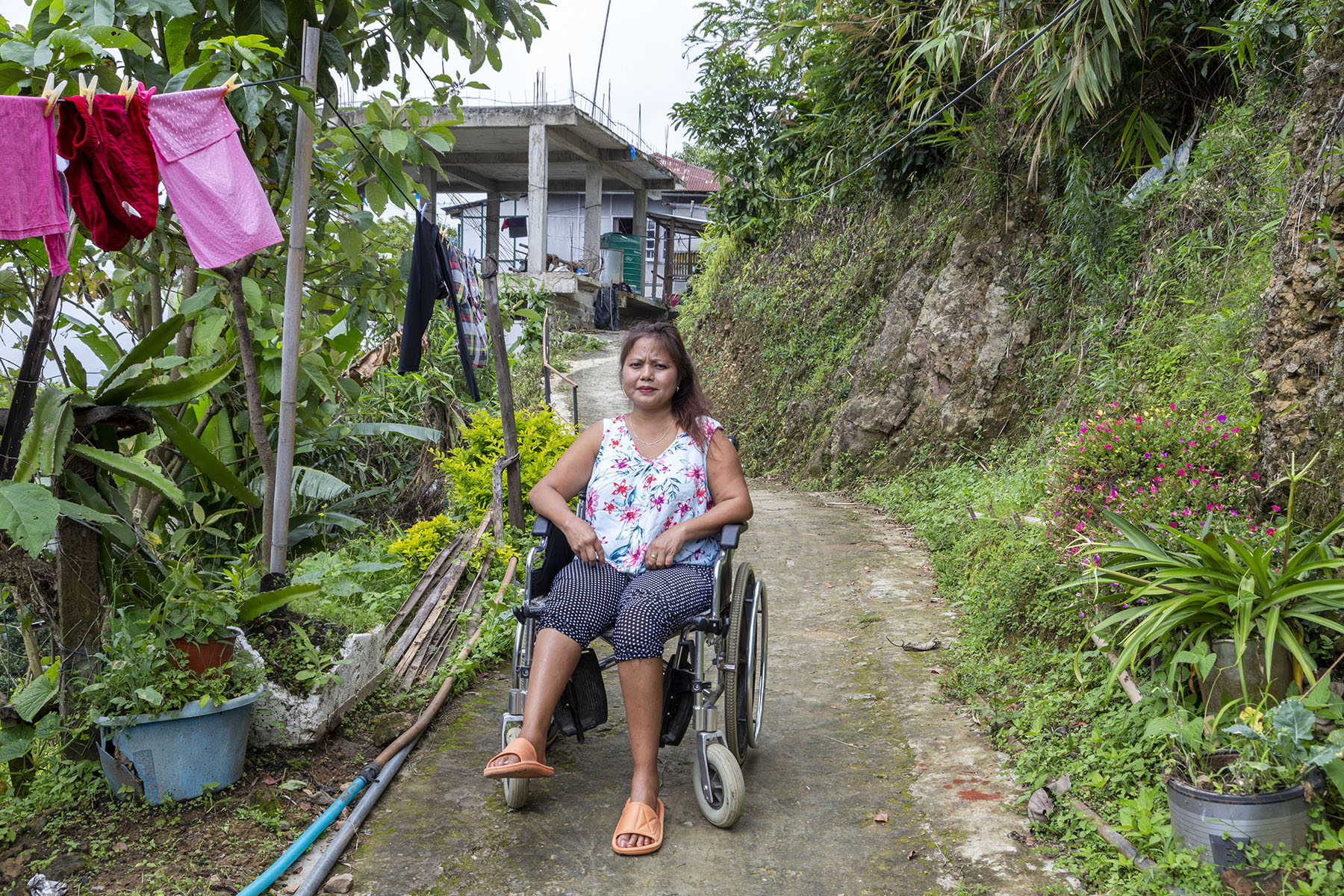 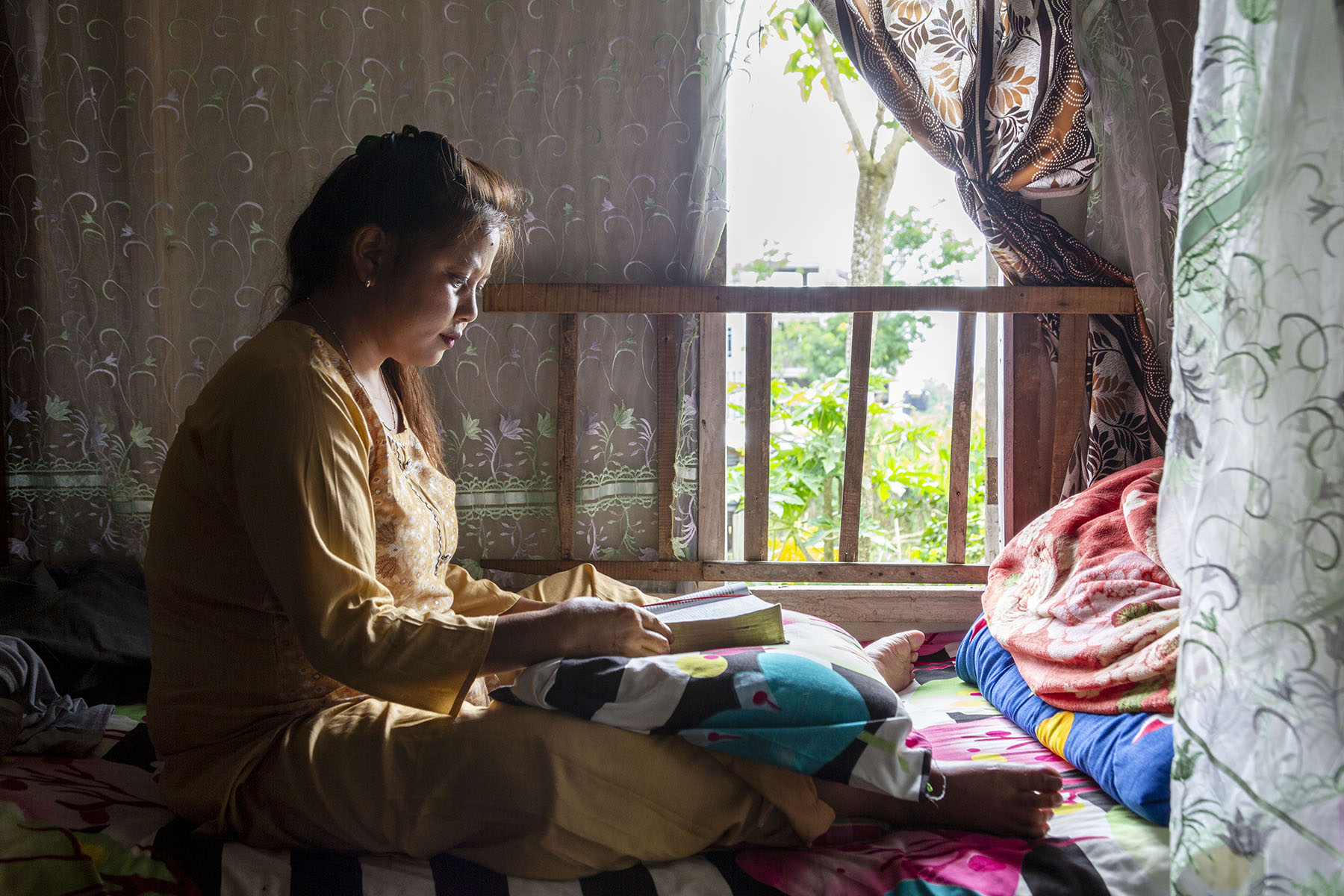 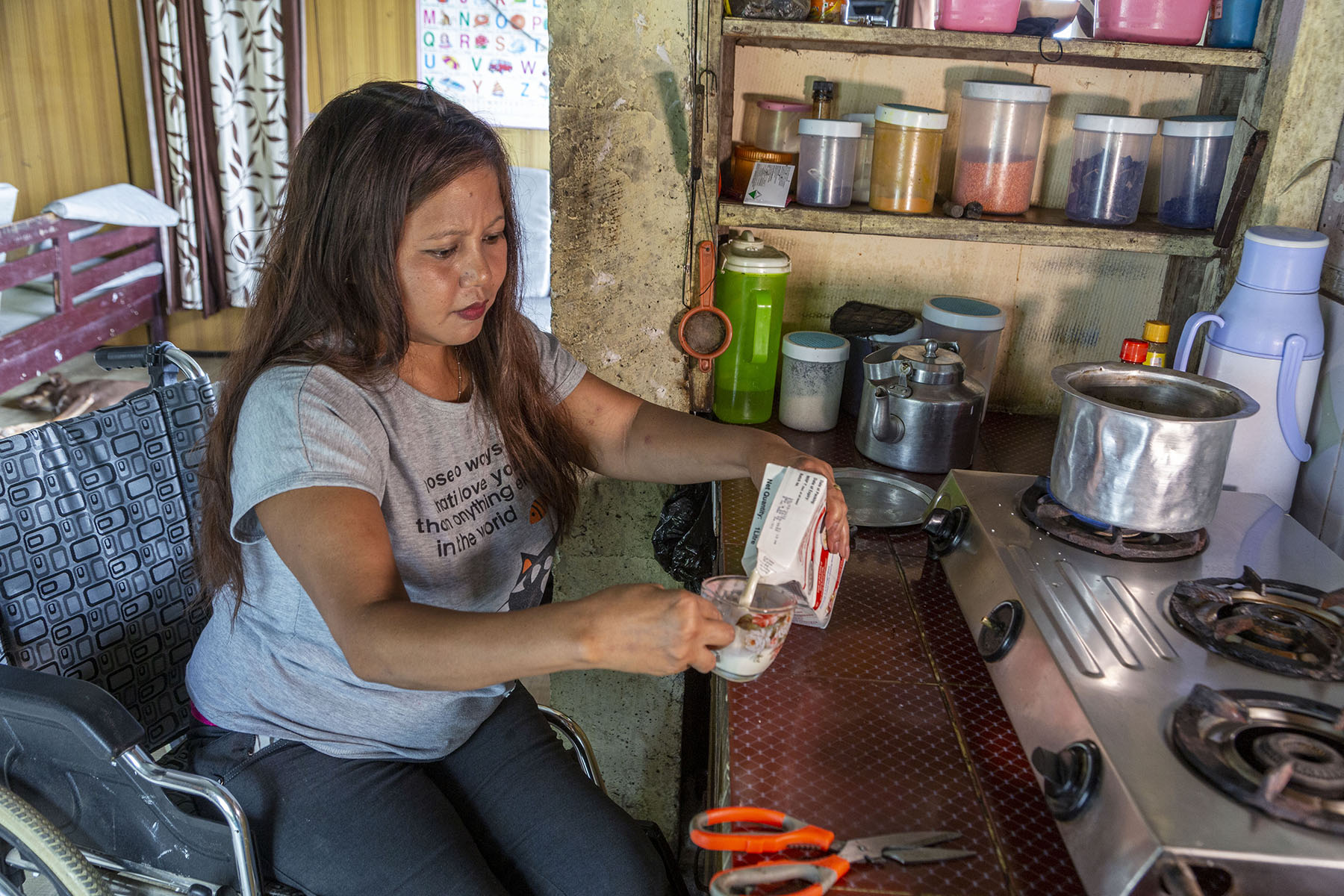 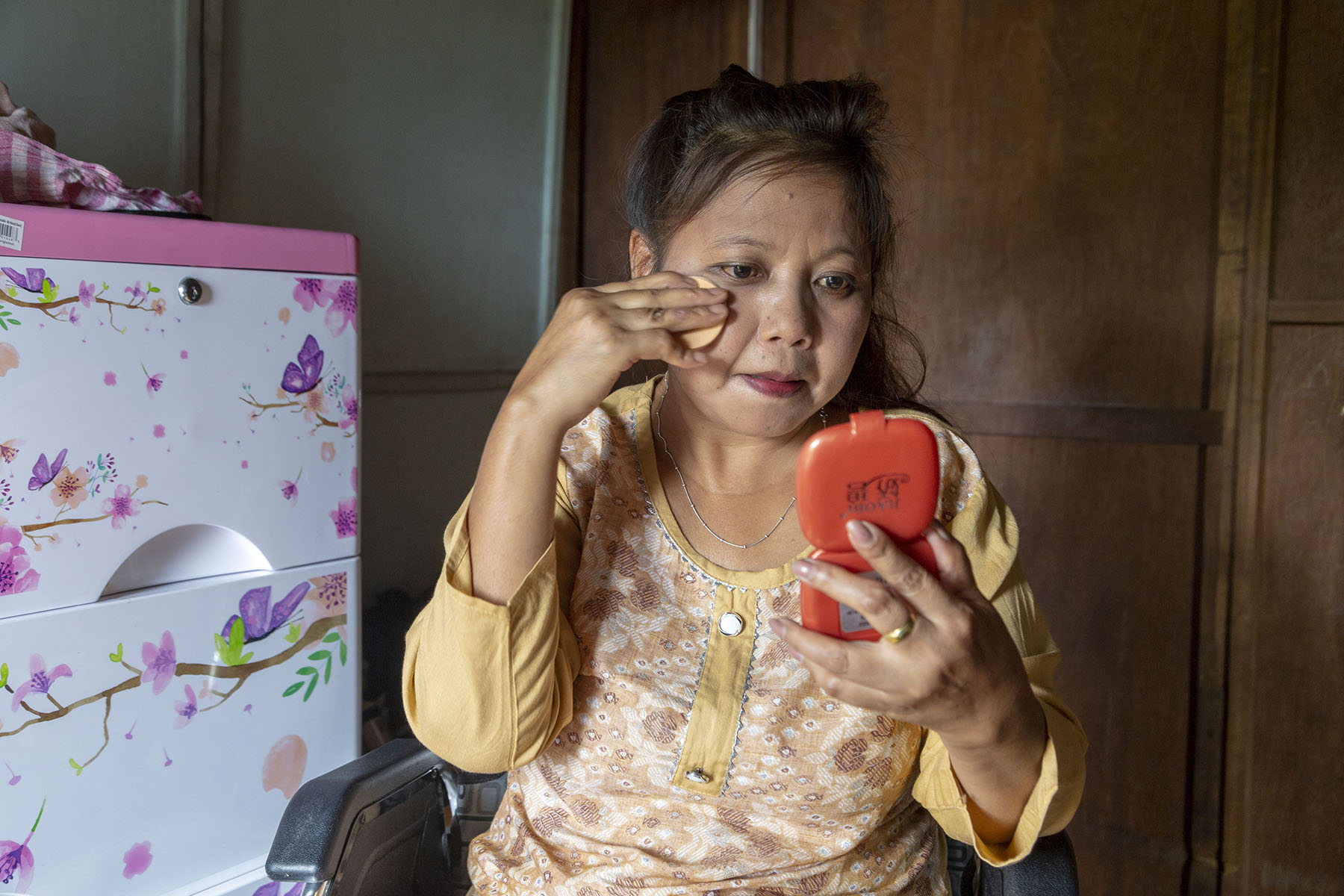 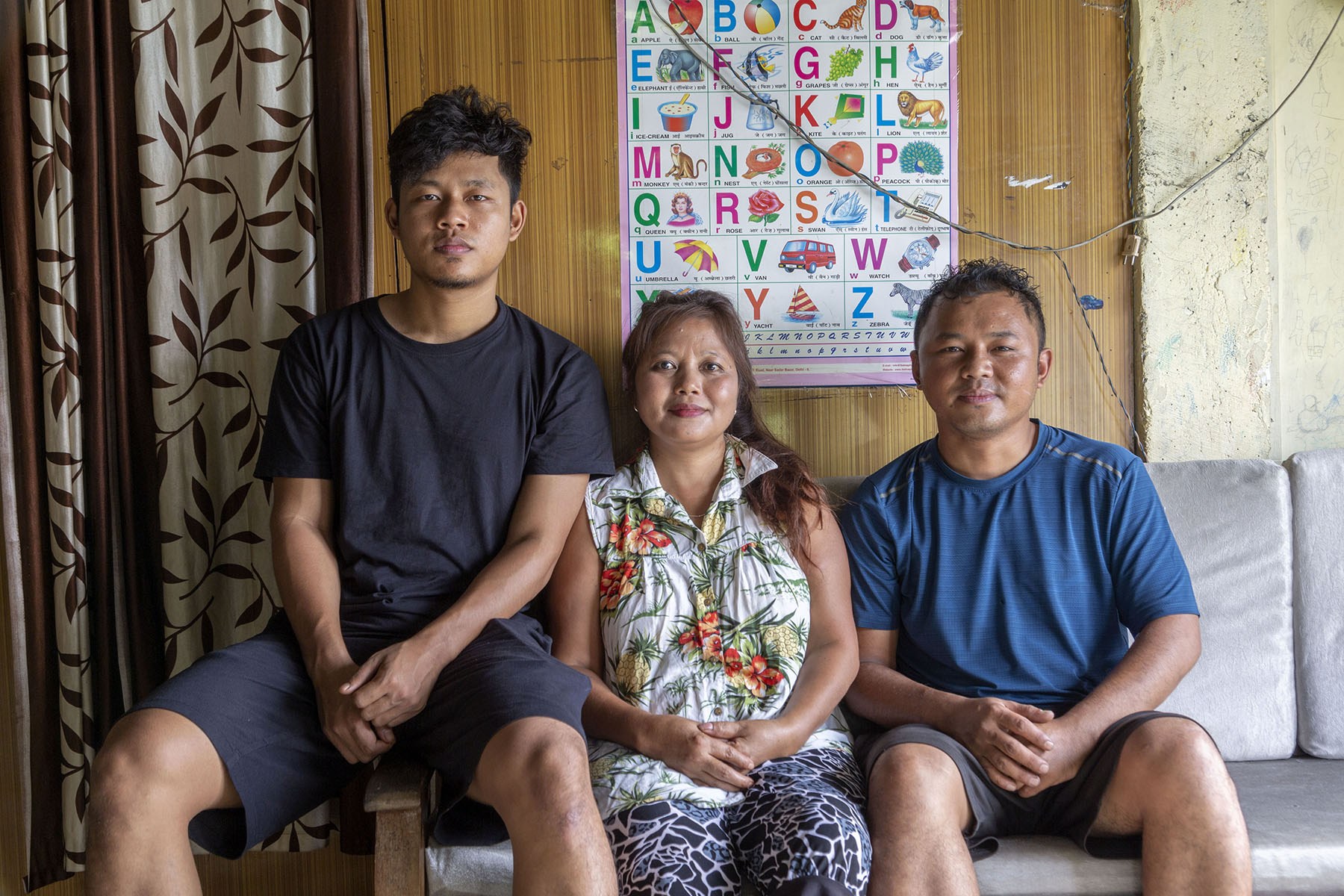 Diversity thy name is India! But our treasure-house of languages and dialects is a mixed blessing. To be specific, when EGS has to interview someone who only speaks a language that no one on the team understands, we start scurrying about frantically for a solution. We were almost at our wits’ end when we had to interview Lalbuatsaihi (45) from Aizawl, Mizoram.

Lalbuatsaihi only speaks Mizo. The same is true for the others in her household: her youngest brother Lalmuamkima (41), his wife and two sons Josef Lalfakawma (8) and Lalsiammawii (7). Another brother Lalsangzuala (43) and older sister Loisy (47) live elsewhere with their families. When Vicky went to her house for the photo shoot some months ago, he acquired the cell number of 25-year-old Lalrinpuia, Loisy’s son who speaks English. When we called Lalrinpuia we discovered that he was in Delhi and had only been visiting Aizawl with his friend Chester during the shoot. So we set up this convoluted relay system whereby he would call his aunt and convey our questions and send us her translated replies on a messaging app. Any journalist worth her salt knows that this is no way to conduct an interview. We were fittingly rewarded with one-line, sometimes one-word, answers that arrived in dribs and drabs!

And then we had a brainwave. In August we had featured young disability icon R. Vanrammawii on EGS. Since she lives in Aizawl, why not ask her to help? We called her and she graciously pitched in. No more language barrier! But then, she is no journalist teasing out intimate details from her subject, and besides, like most ‘appy’ youngsters these days, she preferred to translate our questions into Mizo and message them to our subject. The story we pieced together goes as follows:

Lalbuatsaihi was born on 3 October 1977 in Reiek, around 30 km from Aizawl. In 1986 her parents Lalmawia and Zasiami moved with their four children to Maubawk, a locality in Aizawl. Lalmawia ran a small business selling tools and other hardware items. Lalbuatsaihi attended the Mizo-medium Government Maubawk School but dropped out in Class 8 since she was no longer interested in studies.

In 1997, Lalbuatsaihi was afflicted with rheumatoid arthritis, a chronic inflammatory disease that affects many joints in the body. It worsened with age and she started using a wheelchair and taking painkillers regularly. It’s no wonder that she says, “Disability gave me endurance.” Her endurance of not only physical but mental agony was tested in the years to come. The saddest moment in her life was when her mother was diagnosed with lung cancer, she says. Zasiami died in September 2005. In 2012, Lalmawia died of heart failure.

Lalbuatsaihi spends her day cooking for the family, cleaning the house and washing clothes. In her spare time she reads the Bible for at least an hour. A woman of few wants, she says she leads a happy life. But there is a longing in her for a livelihood, for earning some money to gain a measure of independence. “I could run a small shop or rear and sell chickens,” she says. “I wish for nothing more than that.”