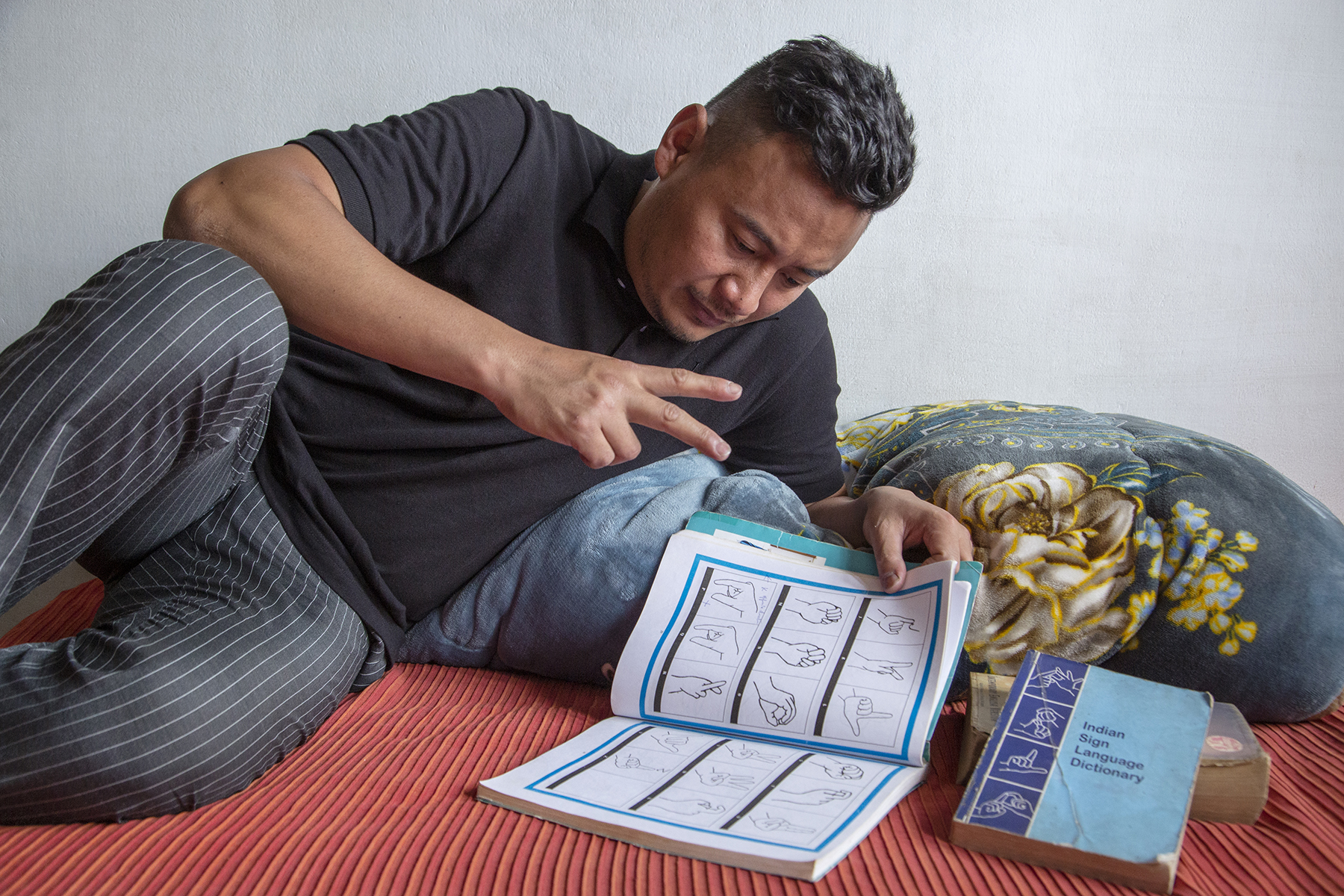 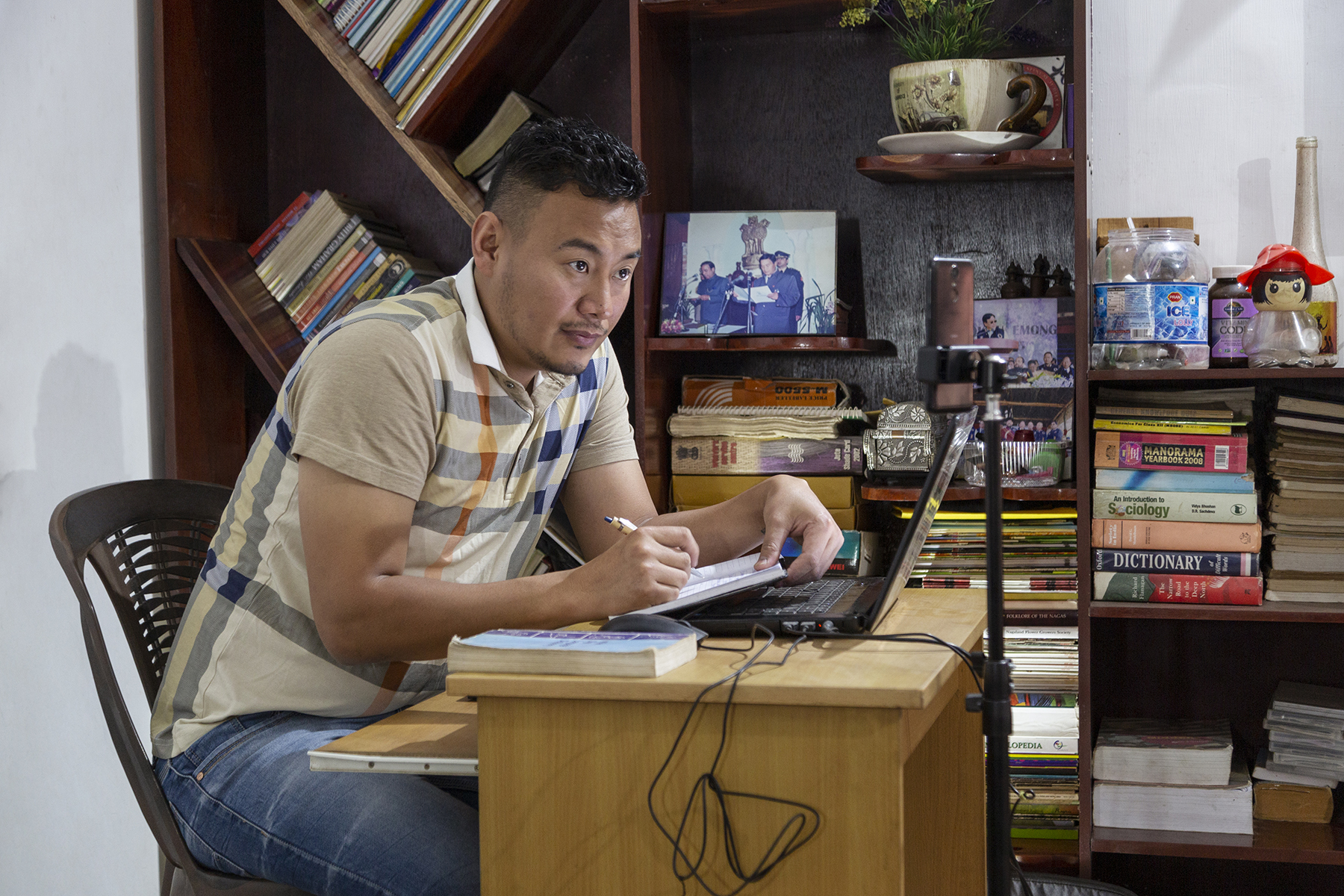 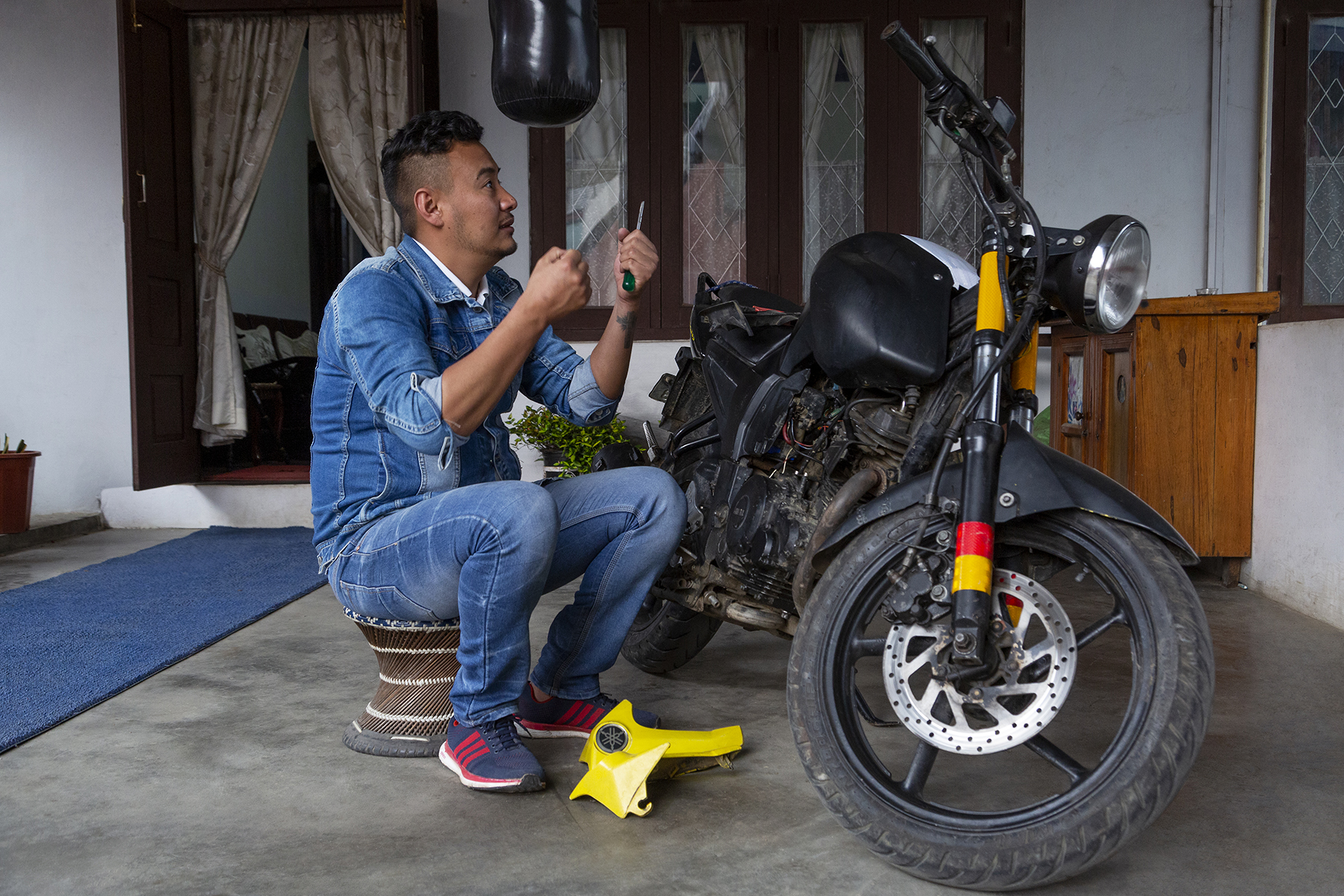 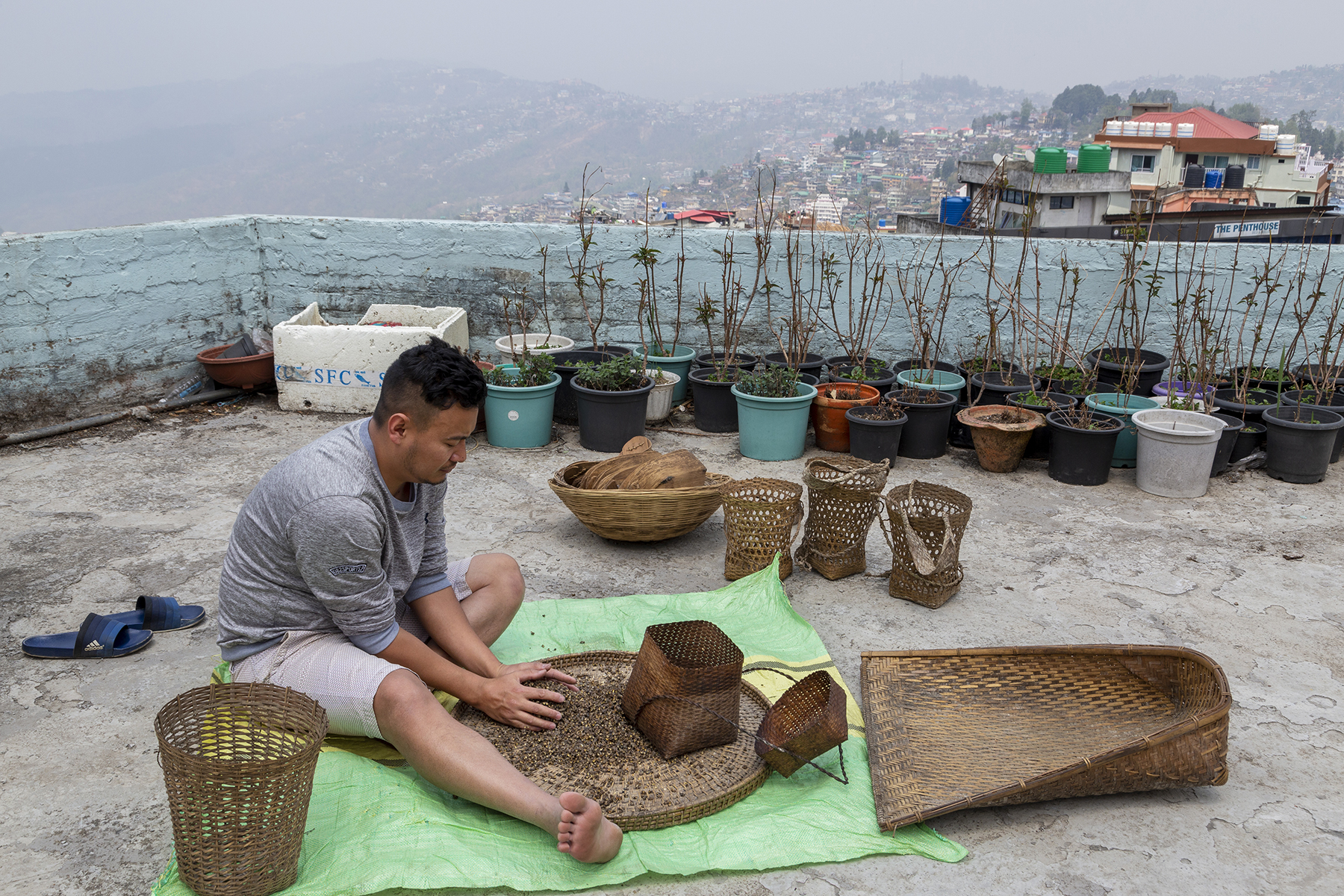 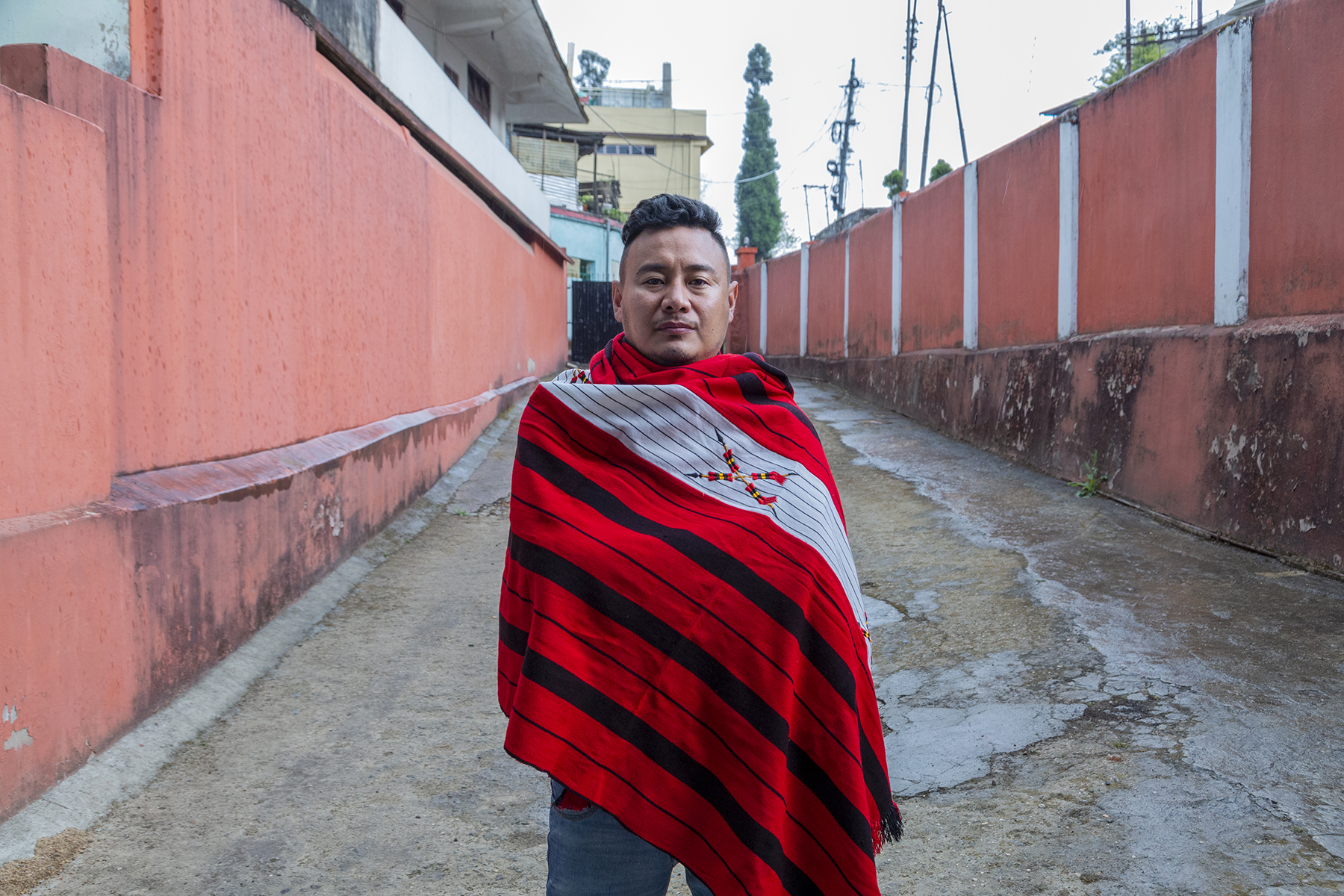 When Kilumo Ezung (34) putters along on his ancient black motorbike down a busy street in Kohima, Nagaland he has to make sure the rear-view mirrors work perfectly. Without them, he wouldn’t know whether someone eager to overtake him was honking impatiently.
Football and biking are the twin passions of Kilumo, an Indian Sign Language (ISL) instructor under the government’s Sarva Shiksha Abhiyan programme. We spoke to him via Ruokuokhrienuo Vizotha, Nagaland's first certified ISL interpreter. The fifth of seven children born to Dr T.M. Lotha, former MLA and minister, and Mhalo Ezung, who works for the NGO Charity Club Multipurpose Society, Kilumo was a year old when he lost his hearing after a boil inside his ear burst open. When he was three his parents consulted ENT specialist Dr N.N. Dutta in Guwahati, who referred them to a local speech specialist. Mhalo rented an apartment in Guwahati for two years for Kilumo’s therapy.
Although he can partly enunciate his native language, Lotha, Kilumo mainly communicates through ISL, which he learnt at Deaf Biblical Ministry, Dimapur. Younger brothers Chonchio and Yansathung have both learnt Sign. After high school at the Vocational Institute and Training Centre, Shillong he taught at the Ferrando Speech and Hearing Centre, and later completed a two-year Diploma in Teaching ISL (DTISL) course at Indore Deaf Bilingual Academy.
“I’ve become fat but I still play football,” said a beaming Kilumo. He was drawn to football at 16 after watching it on TV—he roots for Manchester United and is a “lifelong fan” of Cristiano Ronaldo. A cherished memory: playing alongside renowned goalie Subrato Pal in the Special Olympic Nagaland team of four deaf and seven hearing players who represented India at the FIFA Global Unified Cup 2013 qualifying match in Bangkok. Another memory is of his Australia trip for the World Federation of the Deaf annual meet.
His father’s death in March 2020 was a severe blow, aggravated by the COVID-19 lockdown that kept the gregarious, outdoorsy man chained to his room. Before the pandemic he taught ISL from home to a mixed group including the Deaf, parents of deaf children, and special educators. He tried and abandoned teaching on Zoom since even a small change in a hand gesture would convey a different meaning.
Kilumo enjoys tinkering with his bike (“I want to convert it into a scrambler”), fishing in the Doyang River in Wokha (“you get really big fish there”), and travelling with friends. Europe is on his bucket list: “Watching a major club like Juventus, Chelsea or Real Madrid play live would be a dream!”