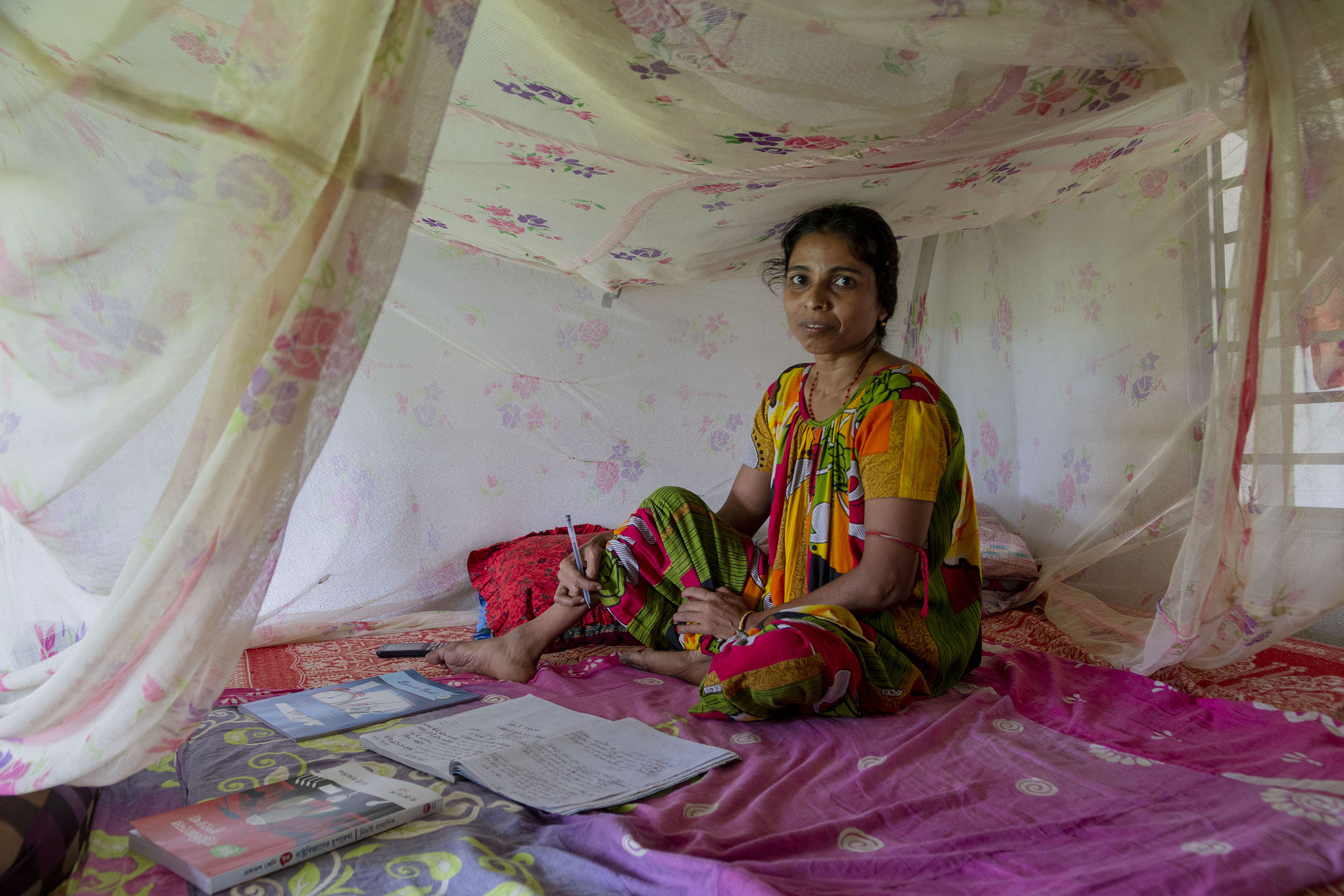 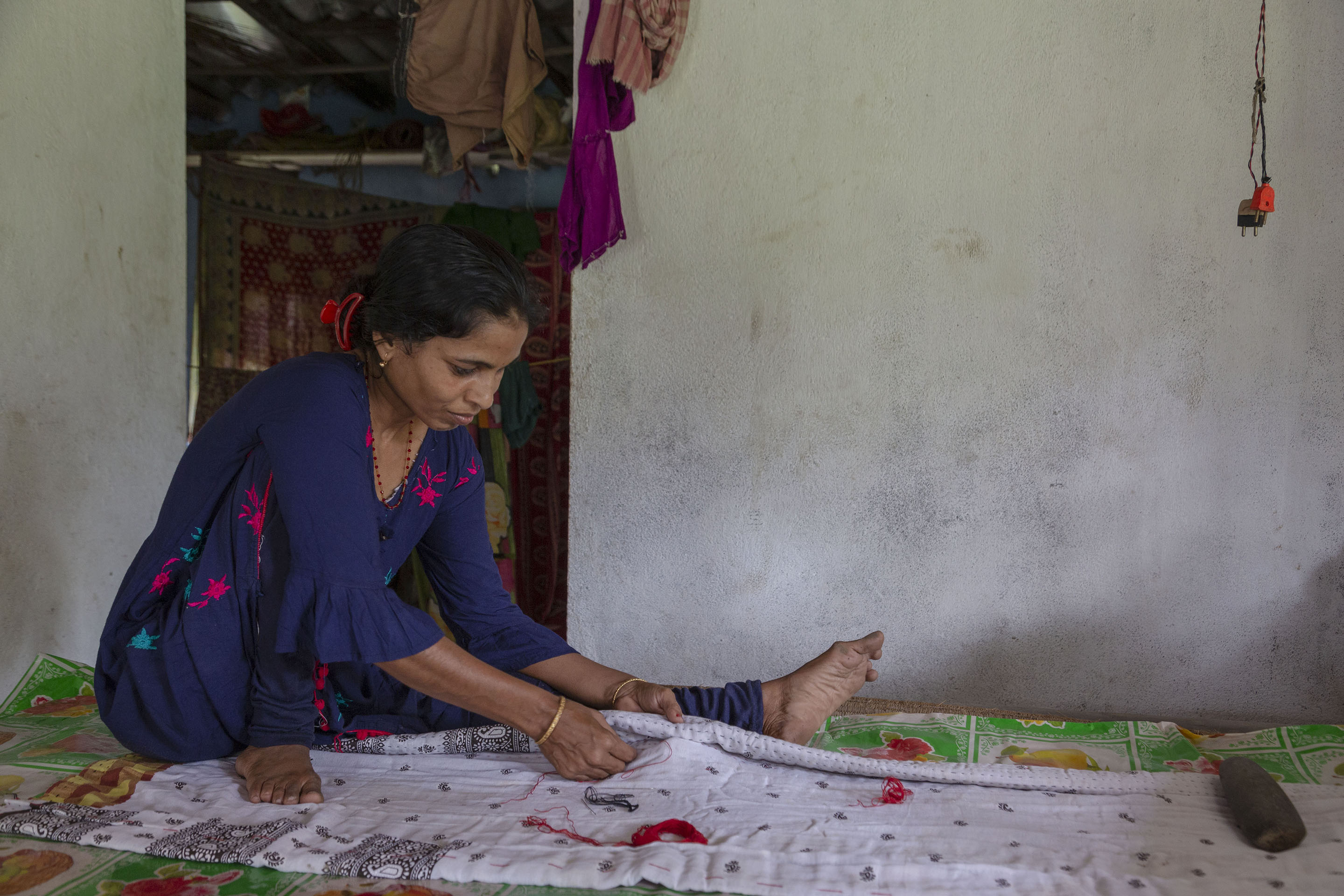 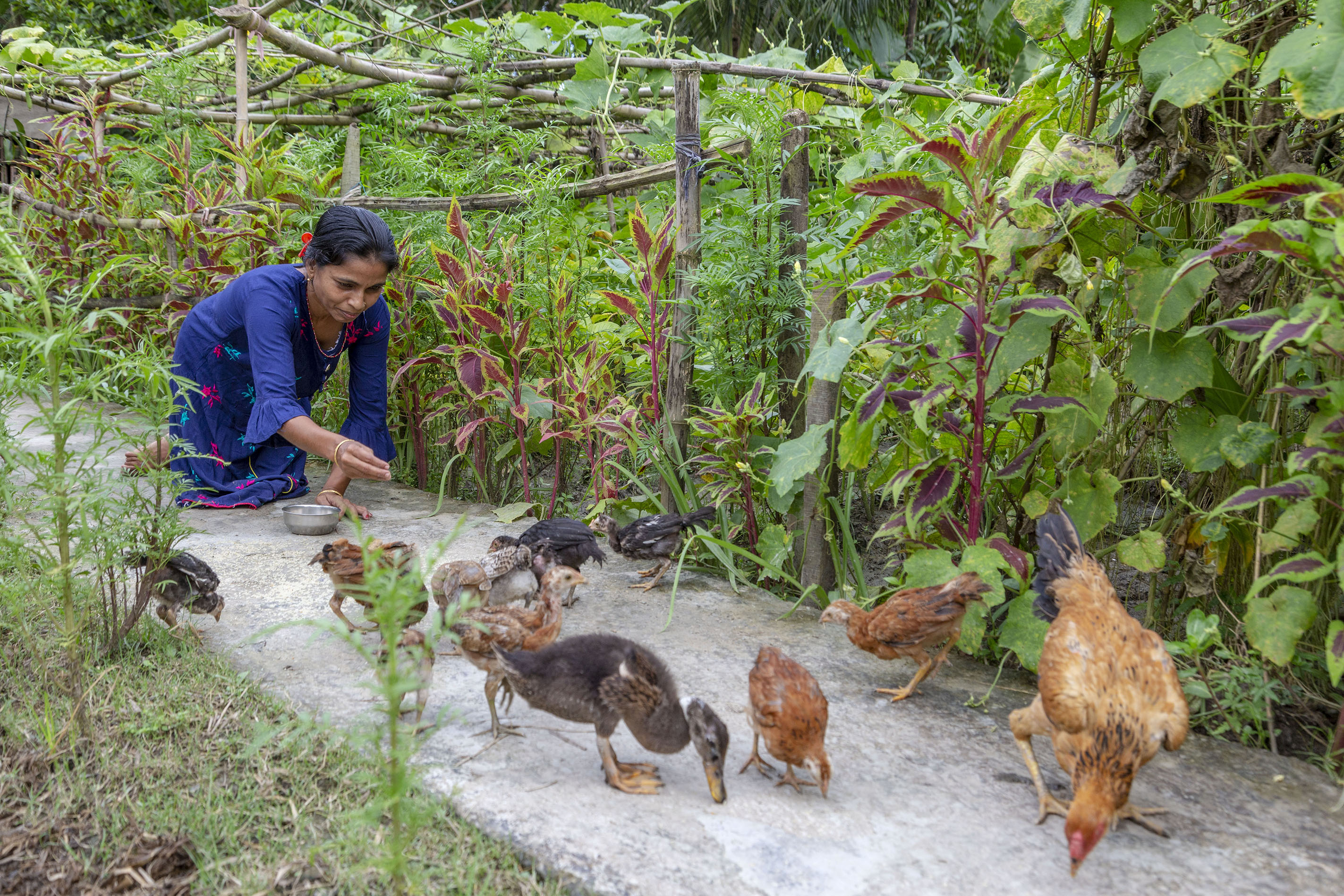 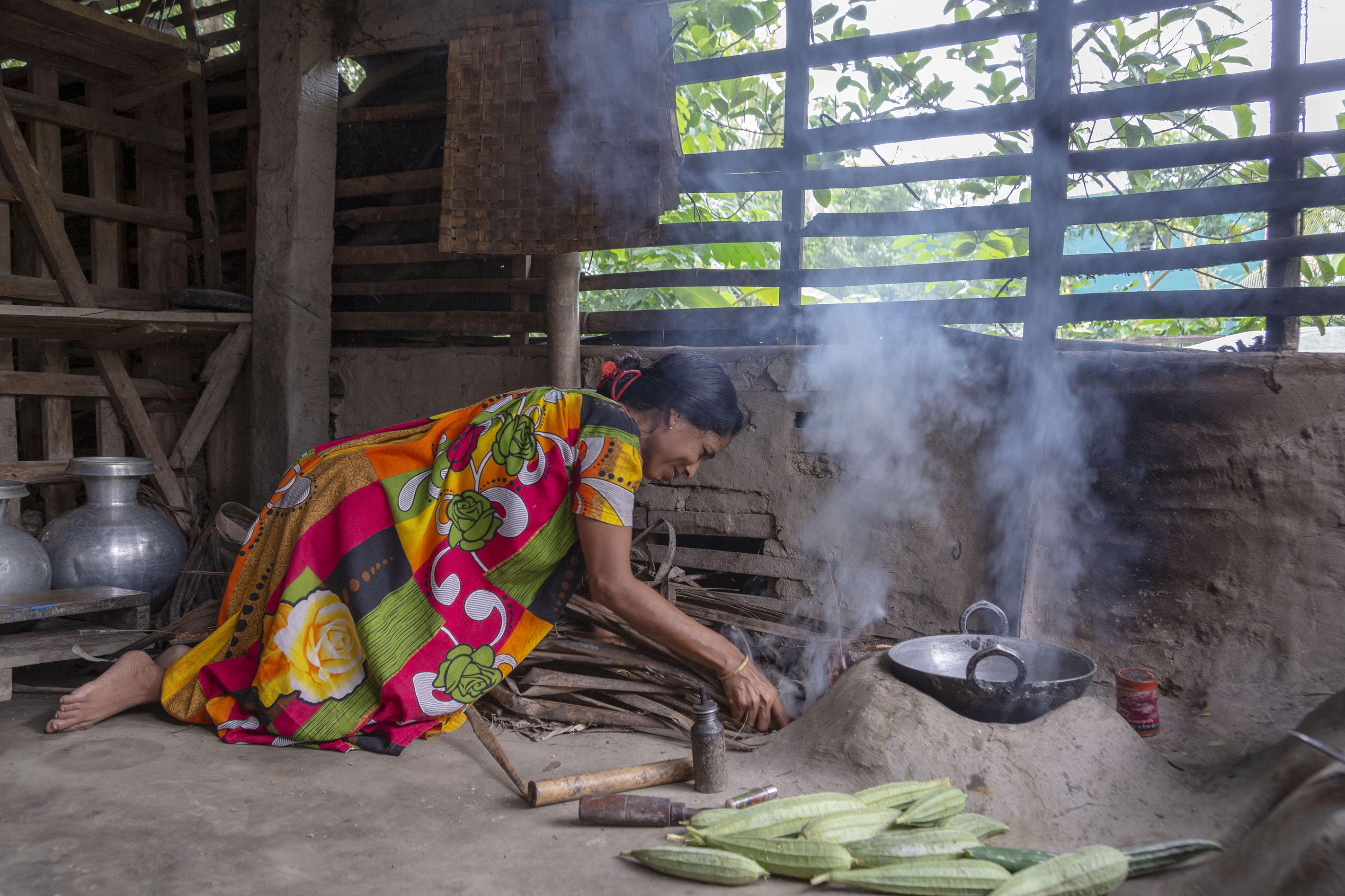 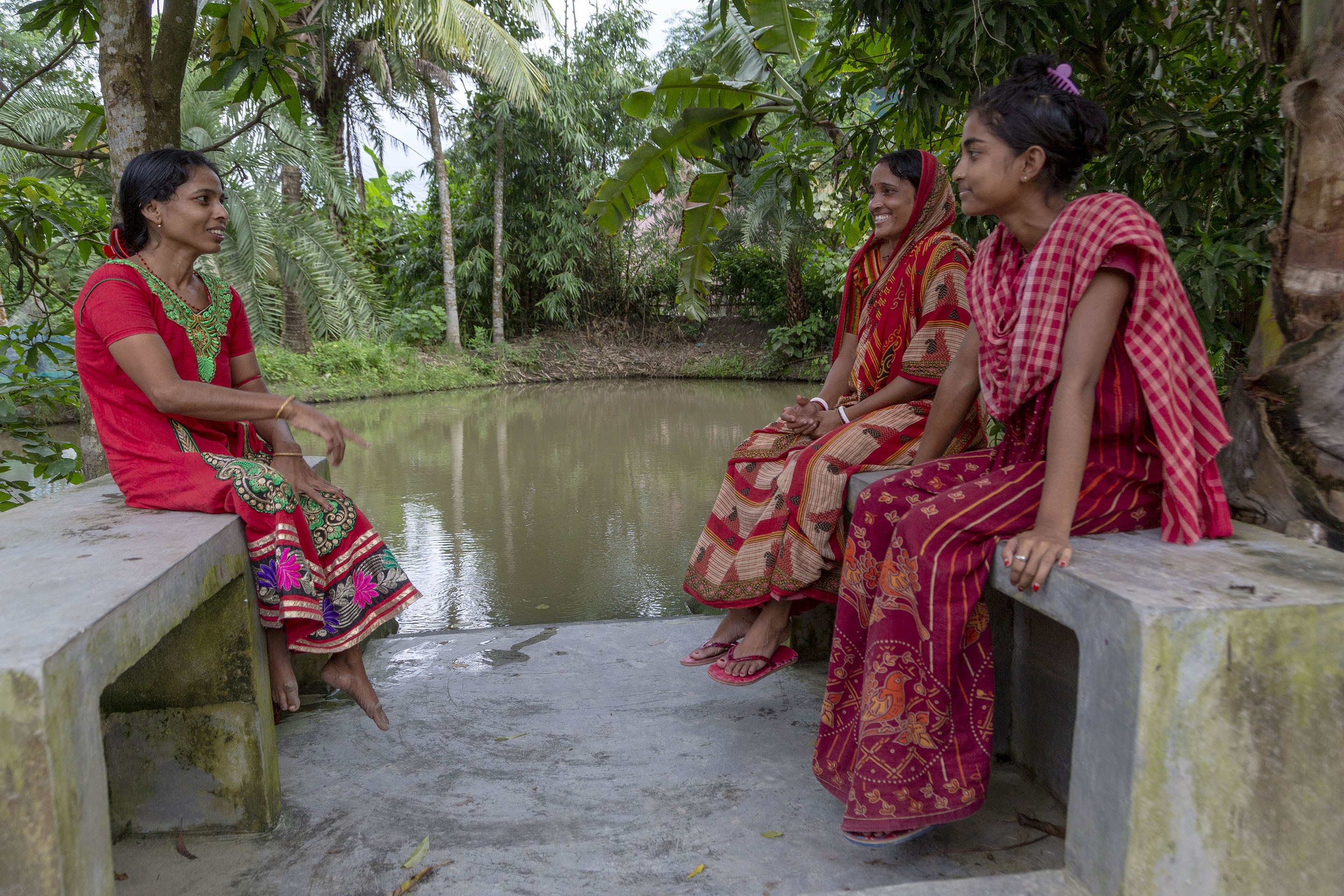 “I would really like to be employed. I’m very good at stitching”

After her father Sundar Mridha died when she was in second grade, Kabitha Mridha (32) from South Parganas District, West Bengal stopped going to school. Her father used to carry her to and from school because she was born with a severe locomotor disability. But her education continued with the help of the next generation of their family!

Kabitha continues to live in her birthplace, Bally village in Gosaba taluk. Her voice softening with affection, she tells us how her “bhaipo” (nephew) Joydeep (18) and “bhagni” (niece) Jaya (16) had helped her improve her reading and writing skills once they started going to school. She says she still consults them when trying to read a storybook. They are the children of her elder brother Randeep (40) and wife Shefali (37). After her mother Amela died seven years ago, Randeep has been her sole support. He is a farmer, like their father, and owns a patch of land on which they grow rice, potato and vegetables.

Kabitha remembers how her parents used to fulfill every one of her childish wishes — toys, clothes, eatables, anything she craved for. “I would ask, and they would buy it for me,” she says. “During the Durga Puja festival they used to take me around to see various decorative pandals.” After Sundar died it was Amela who used to take care of her.

Kabitha’s day is spent in helping Shefali with household chores: cleaning, washing, cooking, feeding the cattle and doing some light work in the field and garden. Her pastimes are listening to songs and occasionally watching programmes on a neighbour’s TV. When we spoke to her she had just returned from Bangaon where her married elder sister Namita Mallik lives. Namita, who wanted to give her a break from her routine, had taken her to Bangaon by bus and dropped her back.

Kabitha enjoys joshing with Jaya and Joydeep — doing “hasi thatta”, the Bengali for sharing jokes and leg-pulling. They sometimes take her around the village on their cycles. But they don’t need to anymore because she has her own mode of transport! Her hand-operated tricycle, gifted by an EGS writer and his wife, arrived at her home a couple of days before the New Year. Sunderban Foundation procured it for her, and its chairman Prasenjit Mandal, who reached it to her, sent us photographs and a video of Kabitha trying out her new ‘gaadi’ (vehicle). Through the Foundation the couple also gifted a tricycle to Somnath Mondal, whom readers might remember from an earlier EGS story about this 11-year-old who lives with his uncle in Bally because it has a good school.

Kabitha is keen on gainful employment. “I can take on any work related to stitching,” she says. “I am really good at it.”