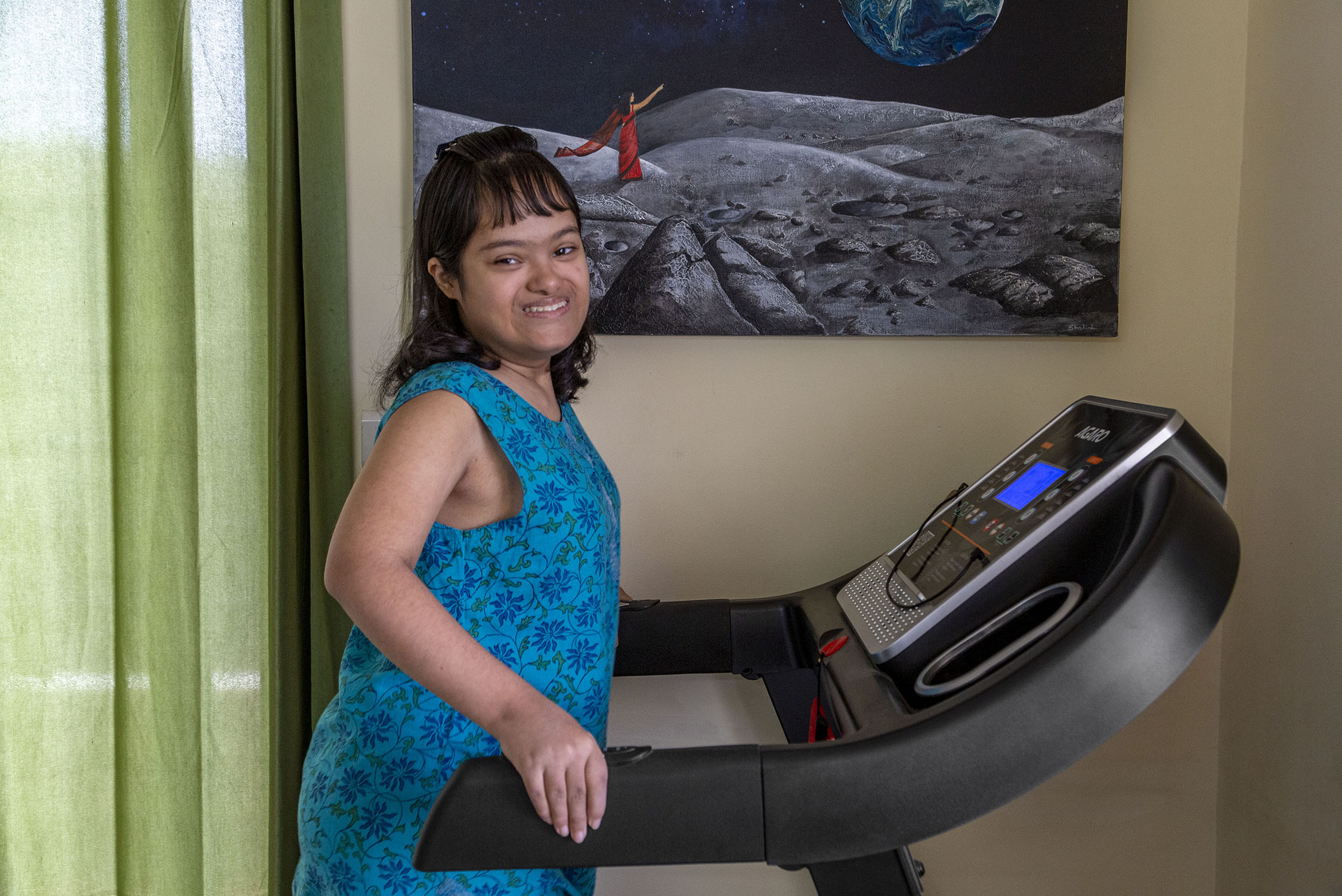 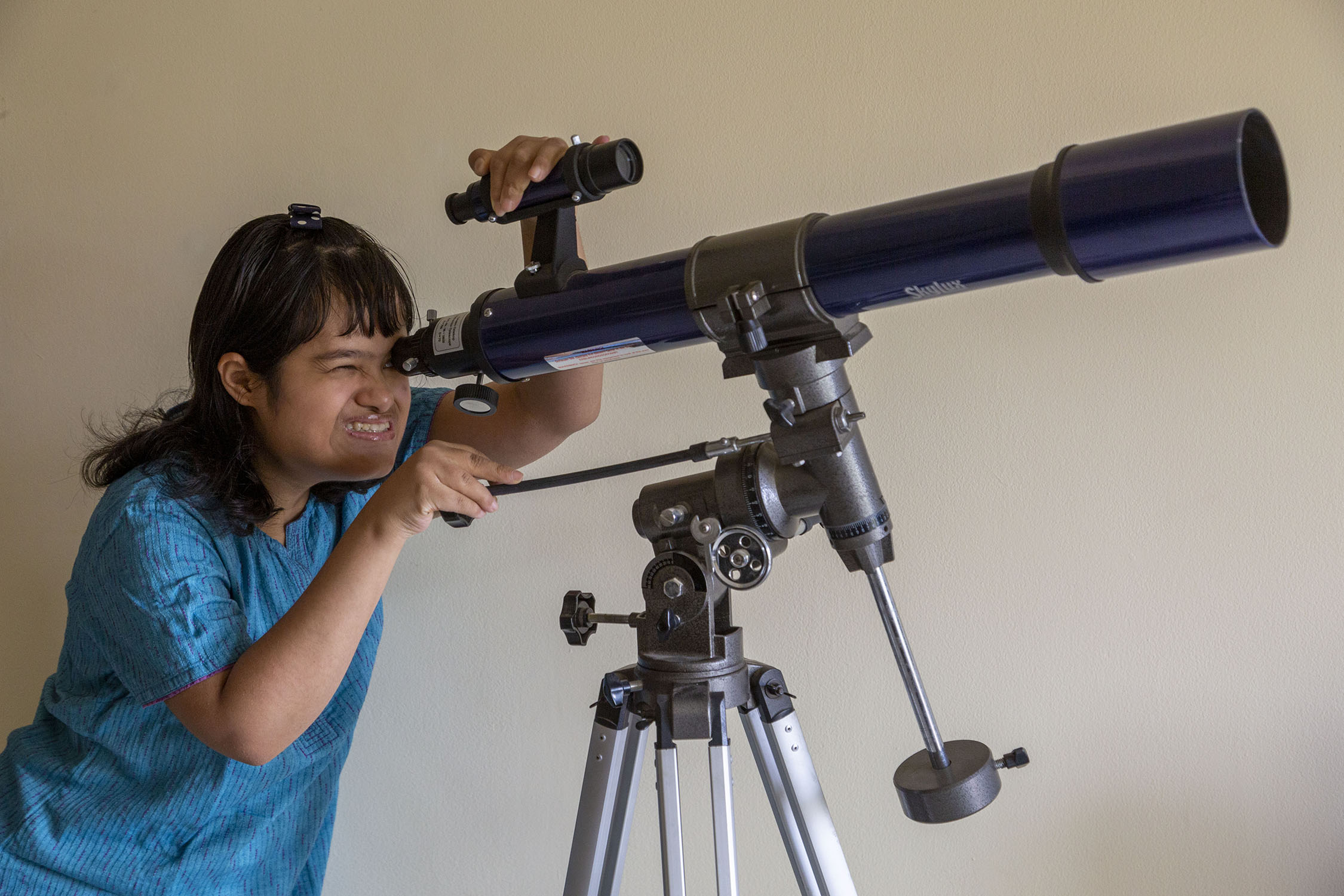 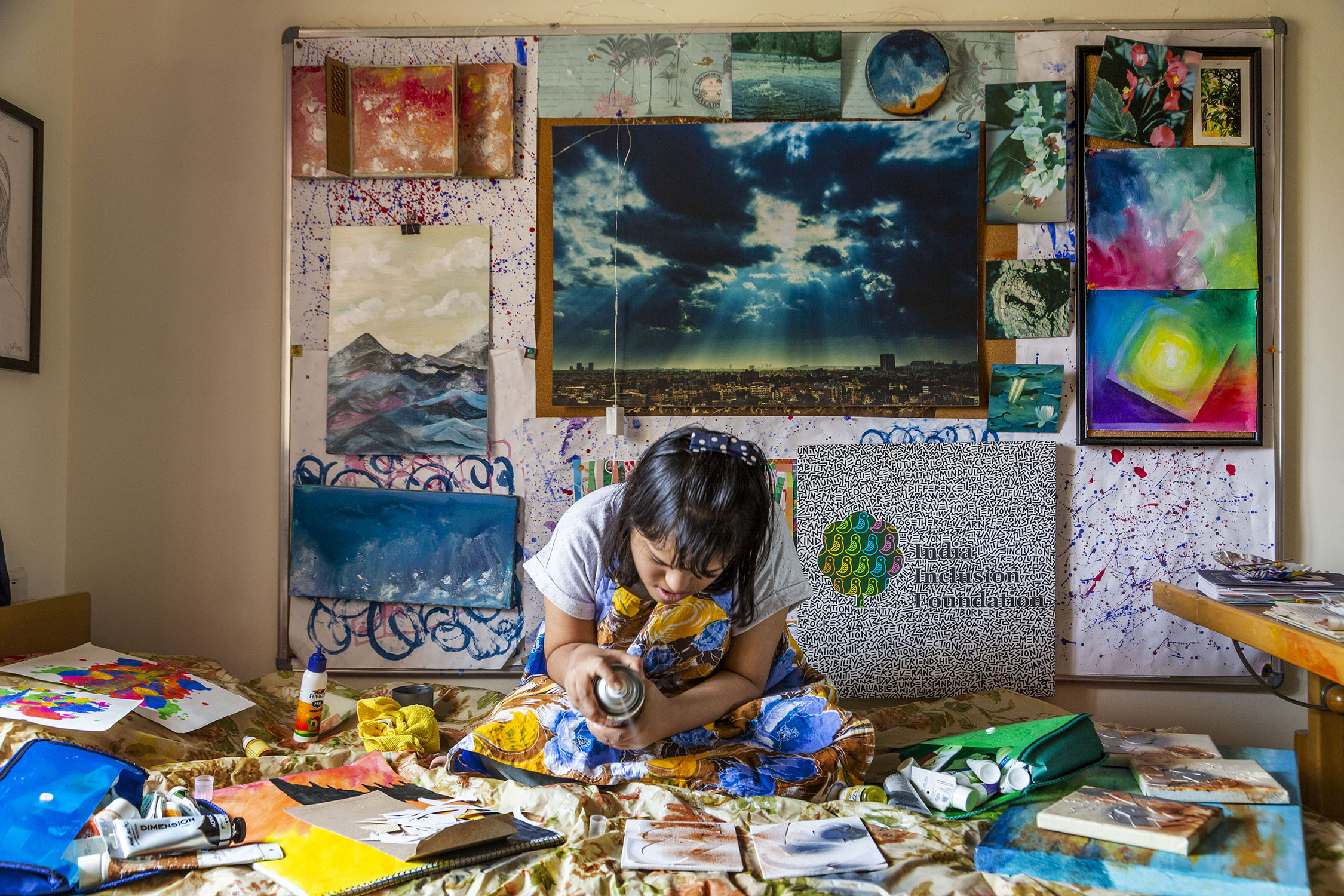 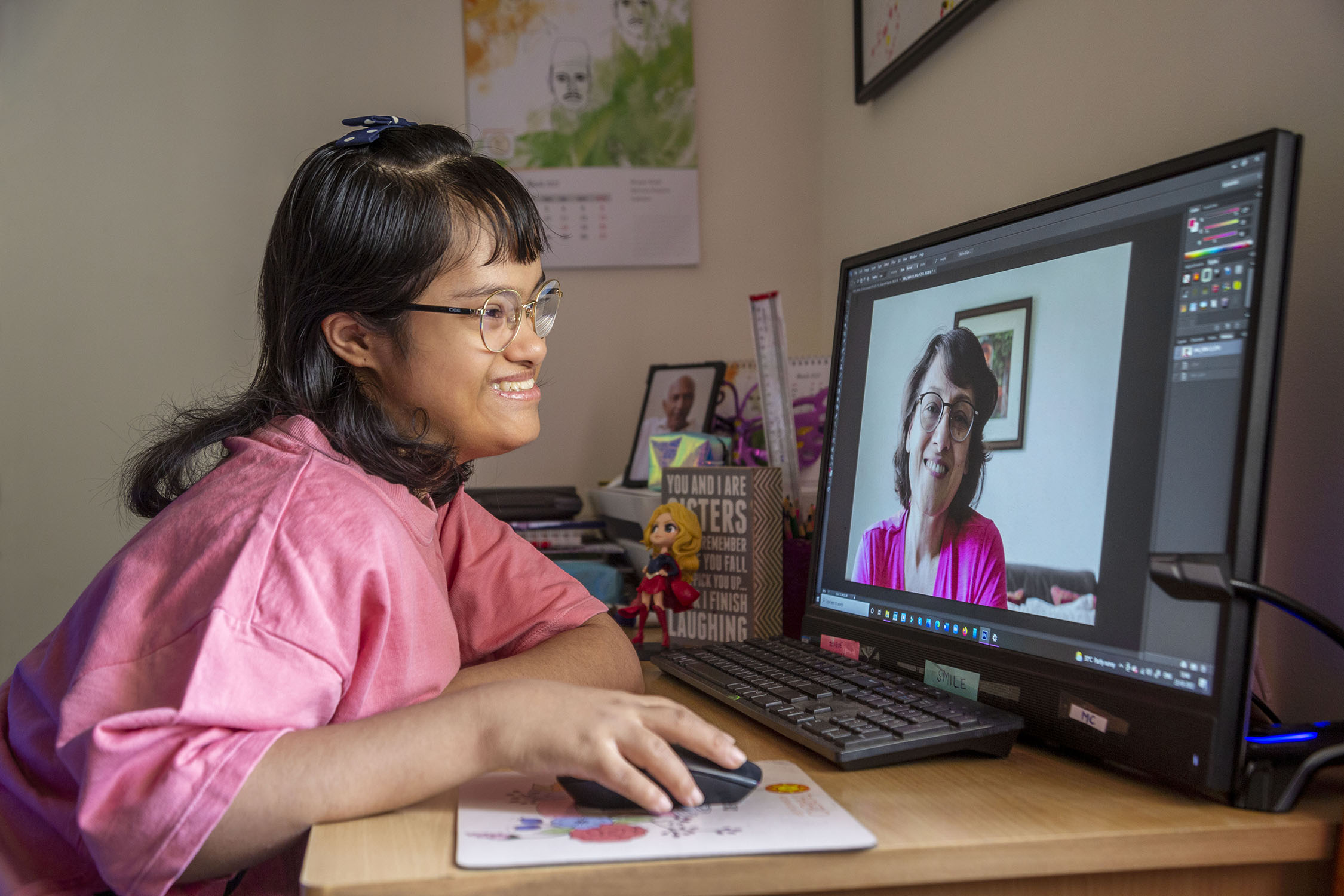 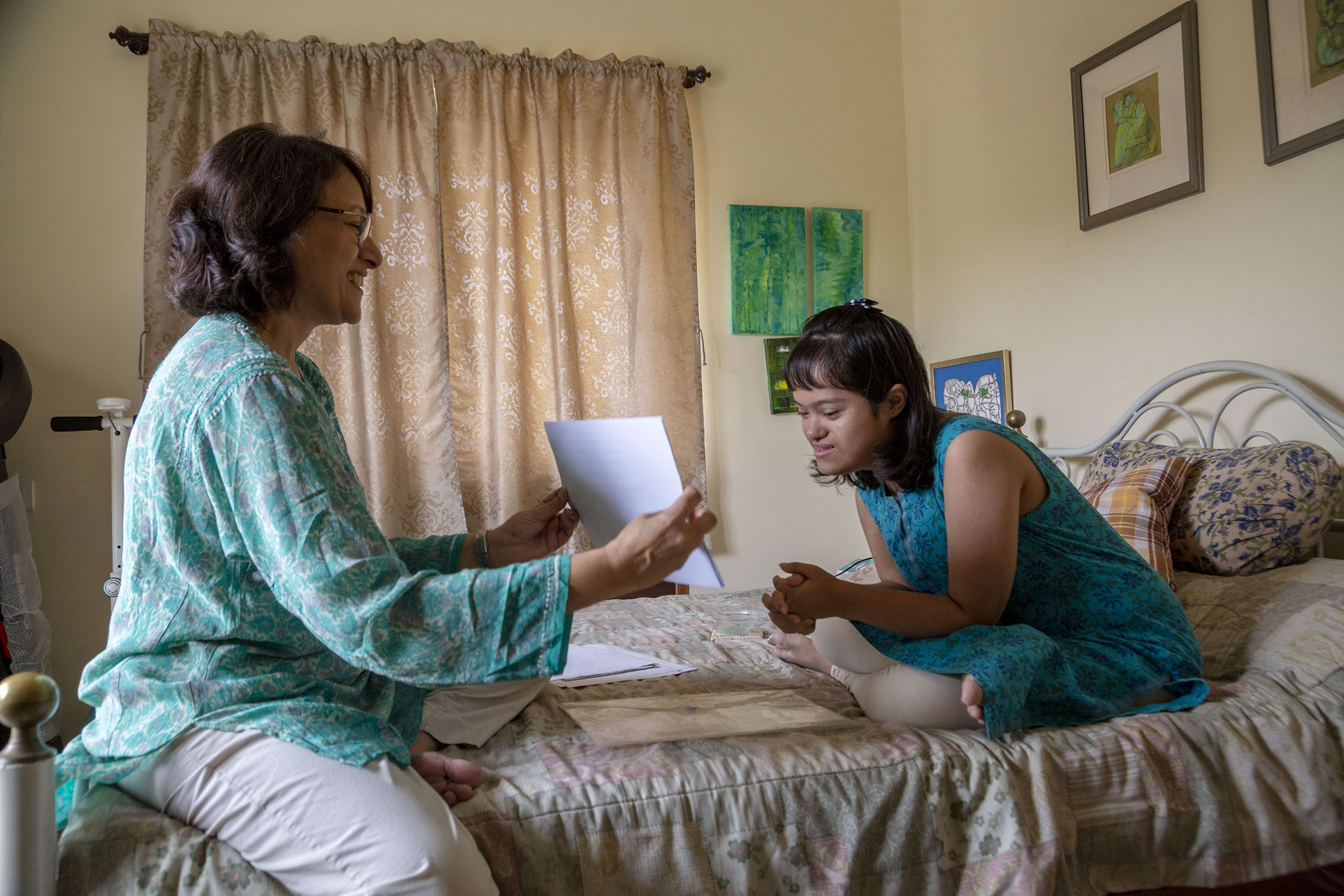 Not every mother would describe the birth of their child with a disability how 55-year-old Shalini Saran Gupta does: “As soon as our precious Gayatri was born, it was right at the delivery table they told us that she was blessed with Down Syndrome.” Shalini and Shalendra already had a neurotypical seven-year-old, Advika, but they knew that their life going forward would never be the same again.

The couple, who were based in Delhi at the time, immediately started reaching out for support all over the country and zeroed in on Rekha Ramachandran, founder of Down Syndrome Federation of India, Chennai. An overwrought phone call from Shalini had Rekha immediately flying down from Chennai to offer help. “We owe a lot to Ms Rekha for giving us immense support in those initial days by coming home personally, and also sending her therapists to our home,” says Shalini.

Besides having DS, little Gayatri also had multiple holes in the heart. Each of them miraculously healed over a year. She had to live in a sterile environment for many of these months since her pulmonary system was hugely stressed. She had to undergo surgeries for her eyes and ears. The couple set their mind to tackling all the Downs-related issues very early on in Gayatri's life.

The family went to the US and travelled from coast to coast for intensive therapies that Gayatri could undergo. They recorded the procedures so they could practise them back home. Thanks to their diligence, Gayatri met all her toddler milestones and was energetically running by 21 months. On another trip to the US, Shalini was told by her parents back in Lucknow that they had just read an article about Jeena, a support group for special needs families in California's Bay Area. Shalini immediately reached out to them, and a parent Vidya Guhan connected her to the National Academy for Child Development (NACD) which trains parents and caregivers of children with developmental disabilities through an individualised intervention programme. Shalini managed to convince NACD to set up a chapter in Delhi and Gayatri went through their programme for five years until she joined a regular day school. “The gains made with NACD were immense,” says Shalini.

Gayatri went to the Vasant Valley School in Delhi, joining an inclusive classroom and supported by a Special Ed teacher. Rheumatoid arthritis got seven-year-old Gayatri down but not out. As Advika wrote for her school newsletter, “My sister Gayatri has to be given a massage every day before school because her muscles get stiff and sore, yet, she is still way more excited to come to school than me!”

In 2015 when Gayatri was in seventh grade Shalendra decided to set up his own venture in Bangalore. He intended to divide his time between the two metros but 14-year-old Gayatri had other plans. “I want to stay in Bangalore,” she said firmly, so the family moved lock stock and barrel. She was equally adamant about not wanting to go to school any more. A search for vocational resources led them to Project Prayas, a computer training programme for those on the autism spectrum.

Gayatri loved computers. She was the first person with DS to successfully finish the programme and she went on to learn coding in the training institute Arena Multimedia along with neurotypical peers. As part of her final exam she created her own website. When Arena Multimedia held an event attended by all the regional heads of the institute, during which they asked an extremely shy Gayatri questions on coding, she handled the firing squad like a pro!

Now the creative side of Gayatri slowly surfaced. A family friend who was a photographer introduced her to the camera and she took to it immediately. She learnt digital art, started painting on canvas, and is currently into acrylic art. Although she tries her hand at different categories of photography such as Nature, Food and Events, her forte is People photography. Shalini and Gayatri have also published a book of gluten-free, casein-free recipes on Amazon, with photos taken by Gayatri.

As one of the winners of the India Inclusion Foundation’s Art for Inclusion Fellowship 2022, Gayatri is poised for a take-off into higher realms of creativity.