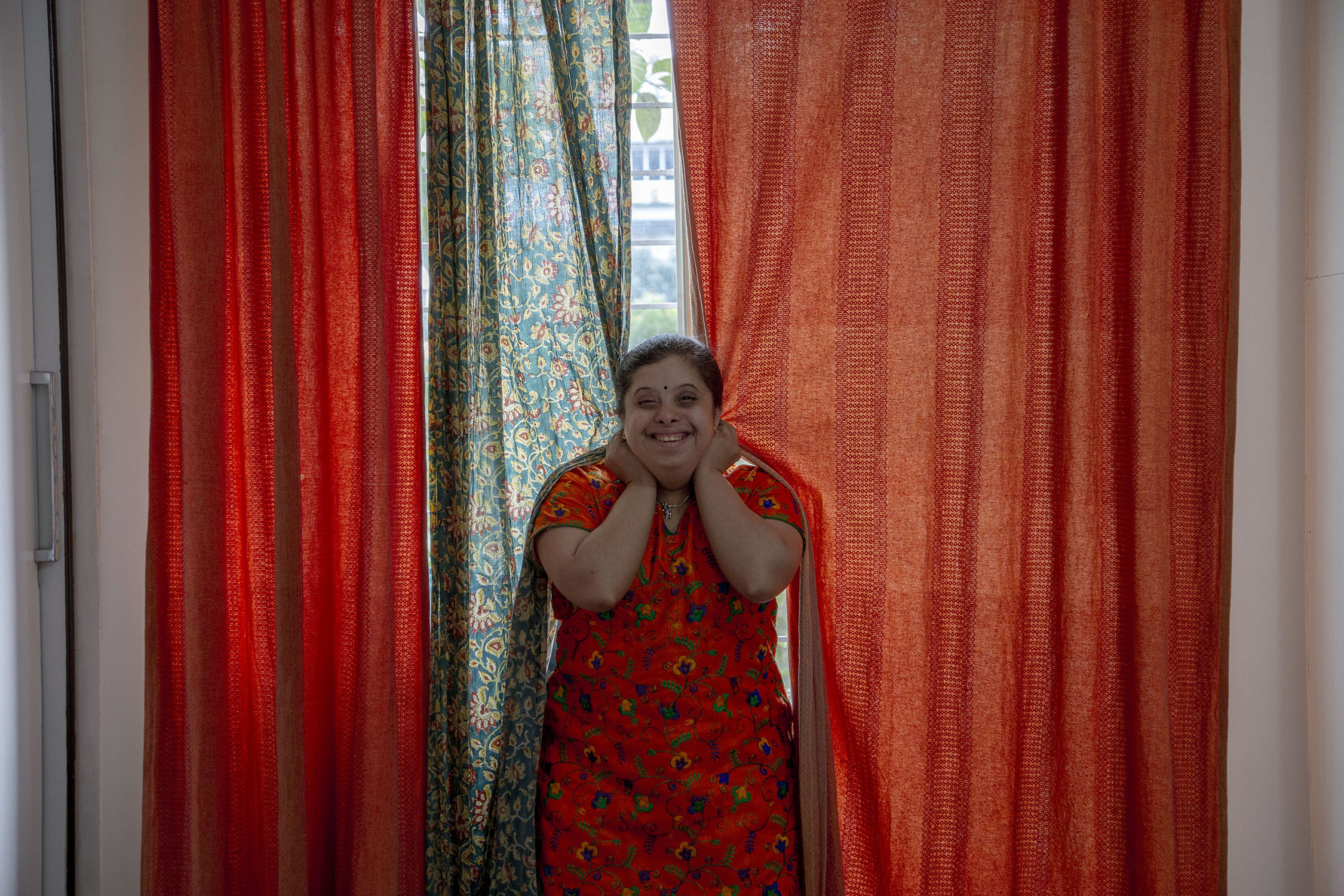 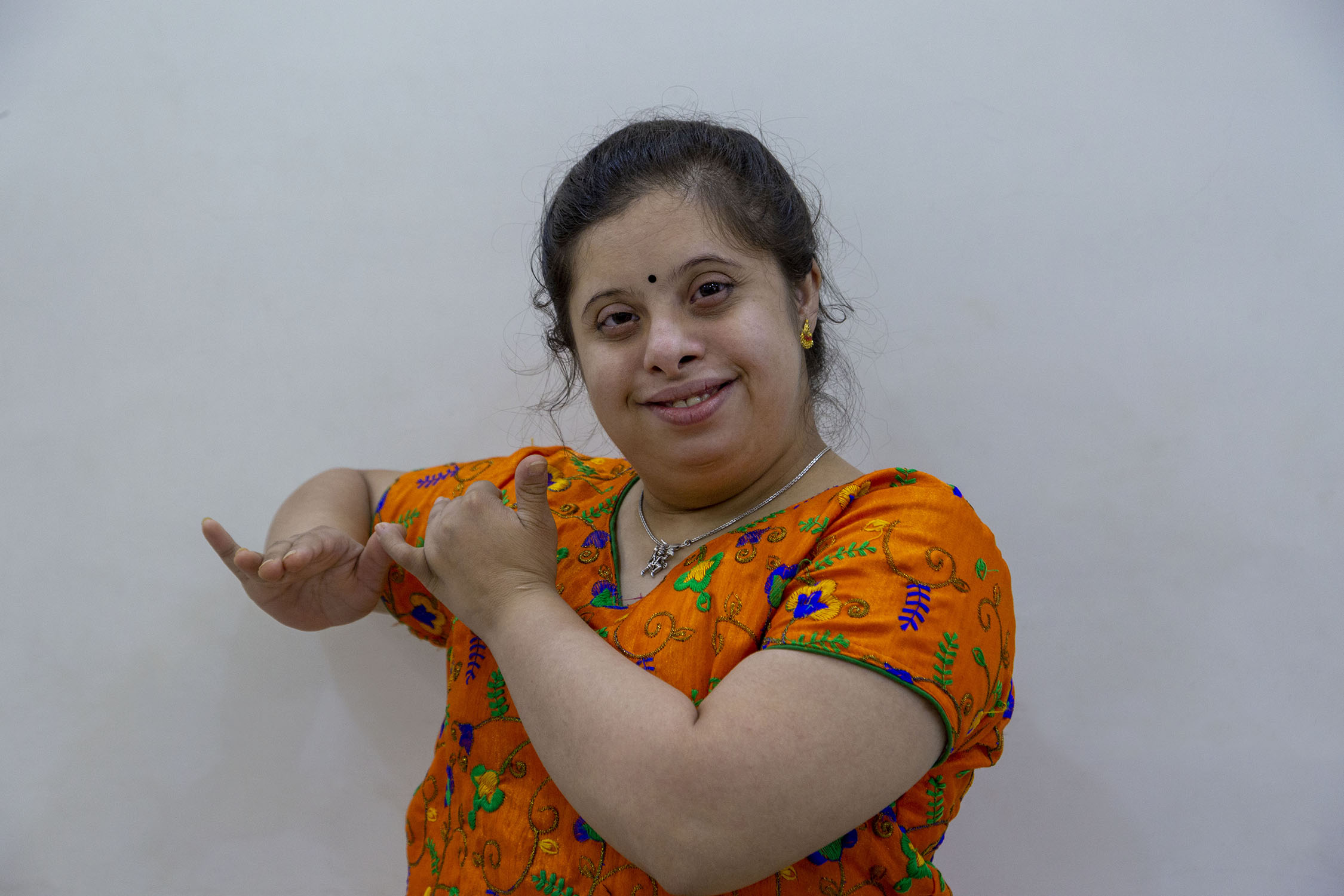 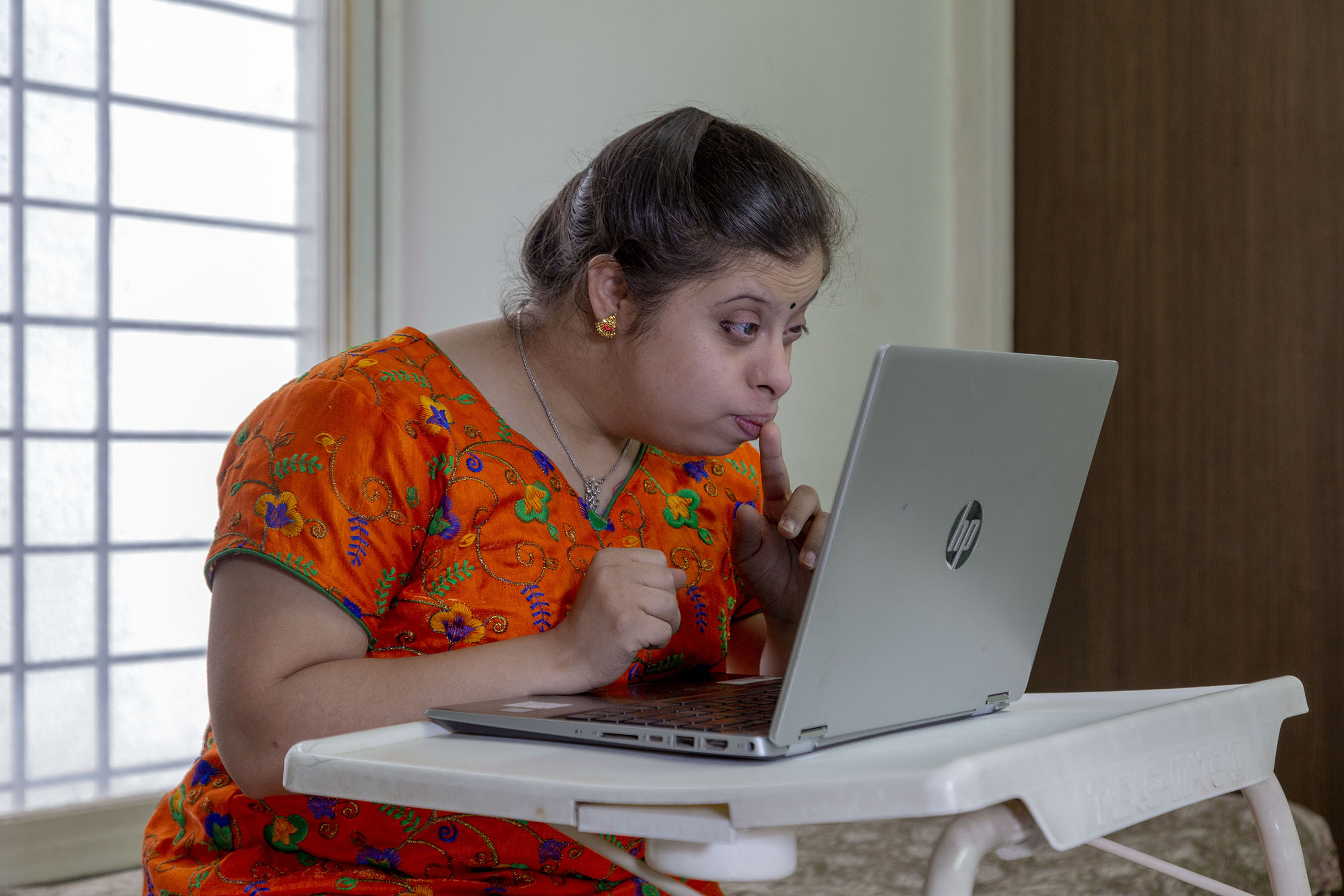 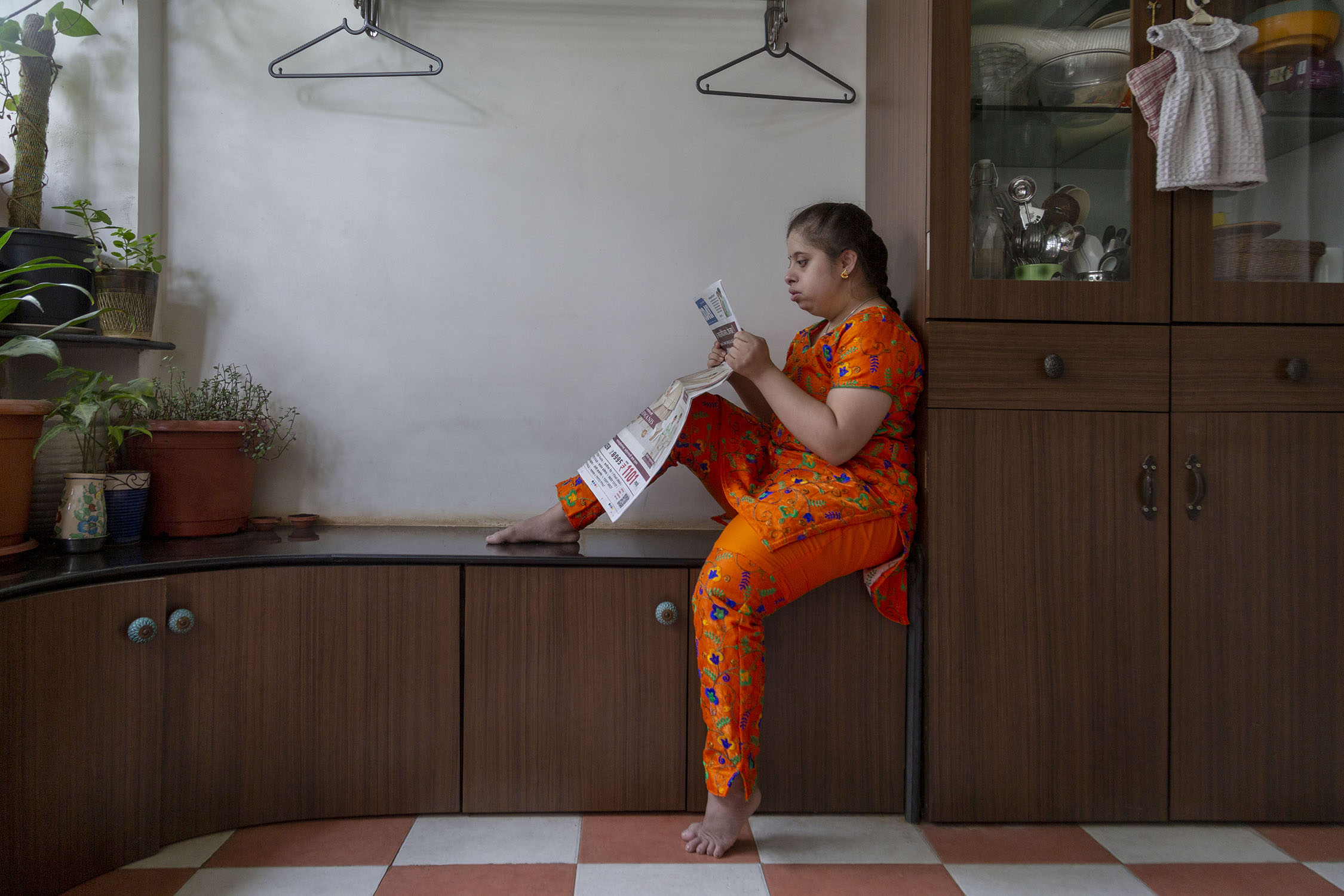 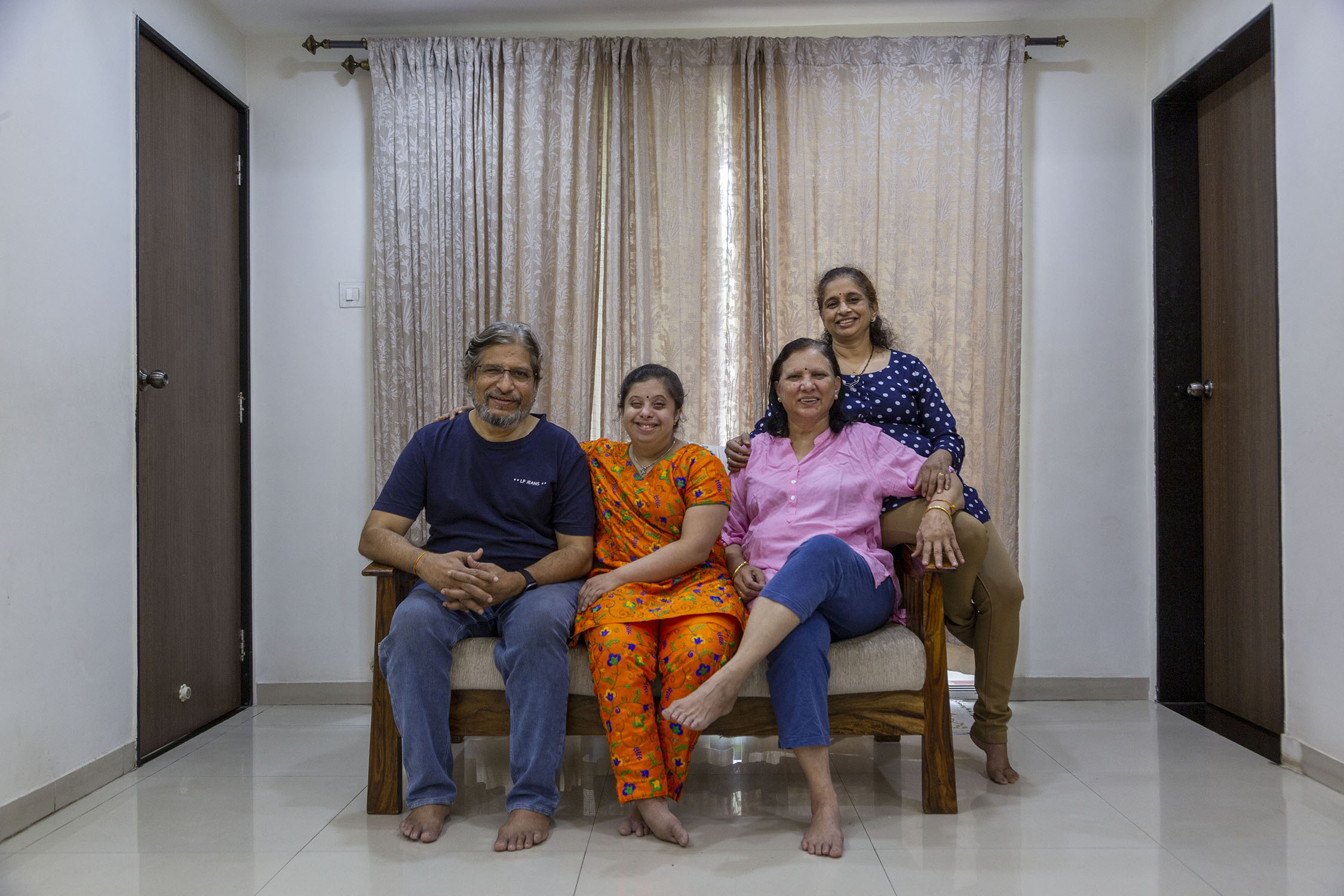 “I love to teach; I want to become a swimming coach”

Gauri Gadgil from Pune will turn 31 in a few days and perhaps blow out the candles on her birthday cake, but we think she will not gorge on sweets. She is a disciplined young woman who controls her diet and is resuming her regimen of exercise, swimming, and dance practice after a long break caused by the pandemic. It’s what you would expect from a swimmer who won the silver medal twice at the international Special Olympics.

Gauri was the firstborn of Shekhar and Sneha Gadgil. Sneha recalls her confusion on hearing the doctor mention Down Syndrome (DS) the moment he saw the newborn infant. He told her to come back after a month to give her enough time to absorb the news and be in the right frame of mind to understand the disability. When she visited him a month later he gave her a book on how to handle children with DS which typically causes intellectual disability and delayed development. Gauri’s DS type was Trisomy 21, a genetic anomaly caused by an extra, third copy of chromosome 21(each cell normally has two copies each of 23 chromosomes).

Sneha threw herself into developing Gauri’s basic skills of speech, language and movement. “I would keep speaking to her, name each object, teach her the alphabet, Marathi words, how to count and so on,” says Sneha. She learnt speech therapy so she could use it to help her daughter. In Jalgaon, where they were living at the time, they sent Gauri to kindergarten in a mainstream school in the morning and a special school in the afternoon. When she was five and Sneha was pregnant with their second daughter Pallavi (currently pursuing higher studies in the US) they relocated to Pune since it had better facilities for children with disabilities.

At first Gauri went to a mainstream school but the other kids started teasing her mercilessly, so they shifted her to a special school where she thrived. When she was 10 the doctor recommended that she learn dance or swimming to improve her motor skills. Gauri embraced both activities. She continues to practise Bharatanatyam (she did a one-hour solo programme in 2019). As for swimming, her career blossomed under her coach Hrushikesh Tatuskar who had faith in the adolescent’s potential.

Gauri passed her 10th grade with a First Class through the national open schooling system NIOS, completed her 12th and joined college in 2013. By then she had already made waves by winning gold at the National Paralympics in 2003, silver in Beijing in 2008 and silver and two bronze in Australia in 2013. That was when a movie offer came her way. Director Mahesh Limaye and producer Uttung Hitendra Thakur were planning to make a Marathi feature film on children with disabilities. They read a newspaper report on Gauri’s achievements and started searching for an actor whom they could cast in her role. Then they met Tatuskar who introduced them to Gauri. And they knew they needed to look no further!

Gauri played a swimmer with DS in_ Yellow_, which won a Special Jury National Award in 2014. She resumed college, studying in Marathi medium to complete her Arts degree, and finishing her MA in Sociology in July this year. “I want to be a swimming coach,” she told us in Marathi. She is taking the qualifying exam and has taught two children how to swim.

Film, dance, swimming – Trisomy 21 seems to have given Gauri thrice the ability of other people!