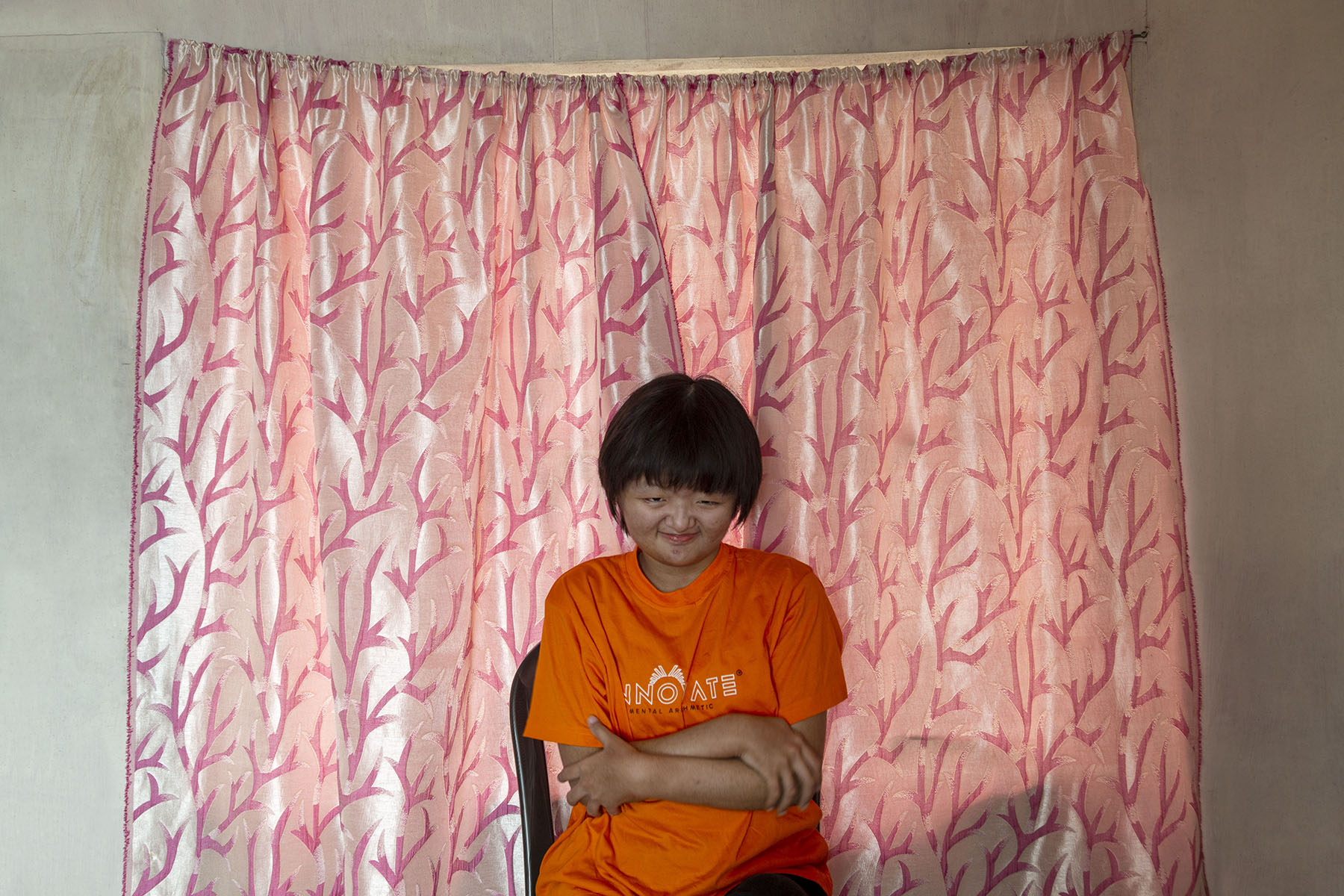 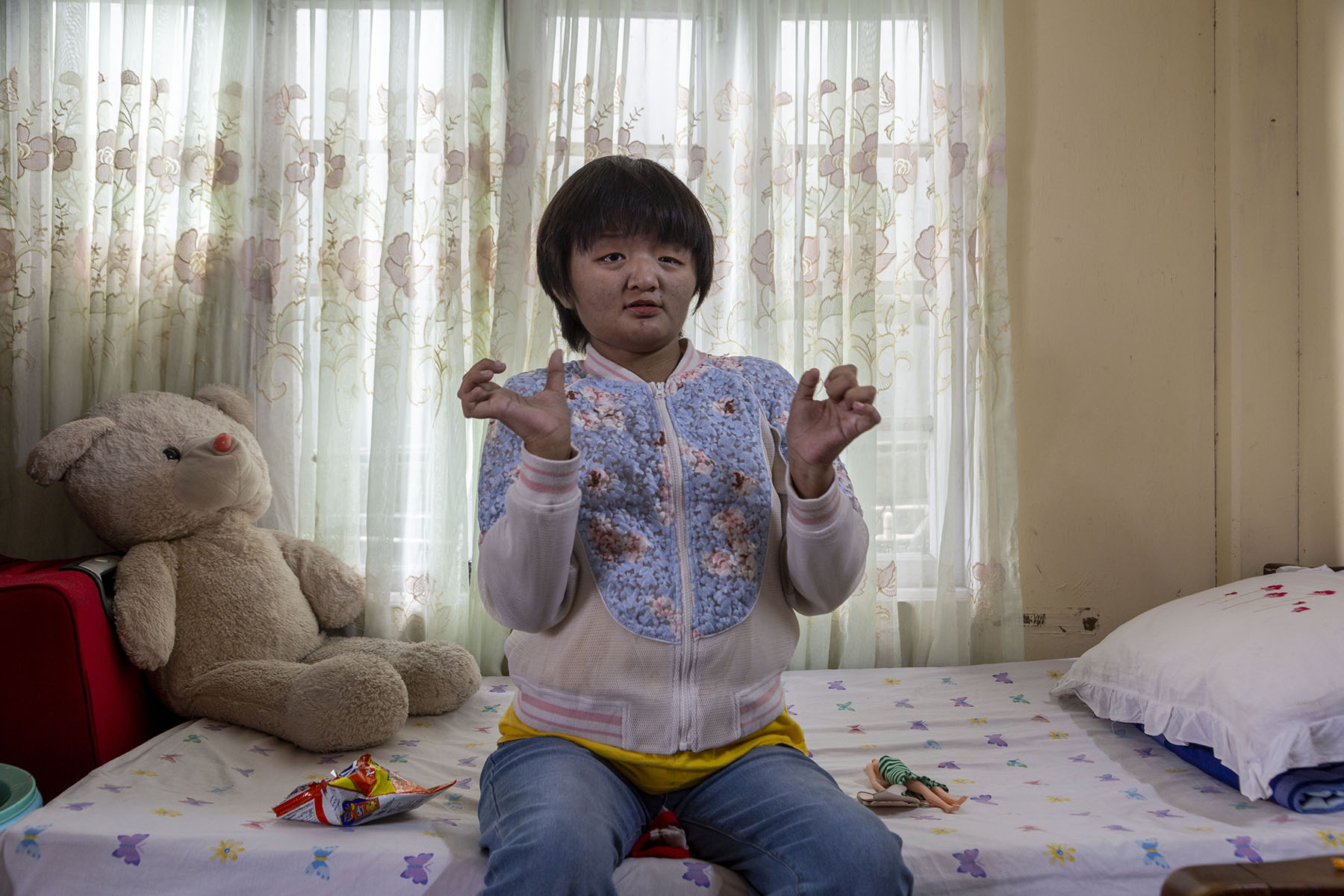 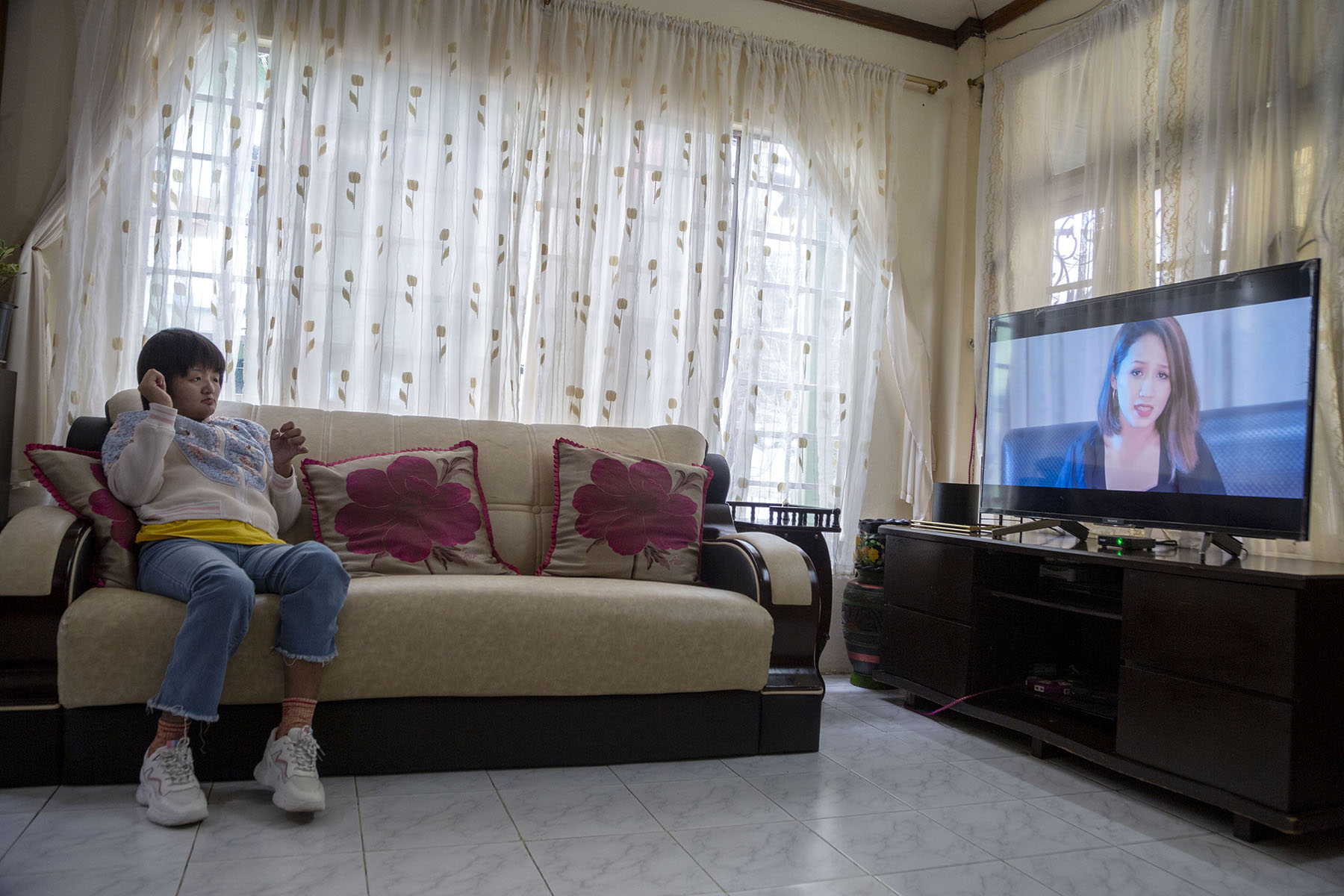 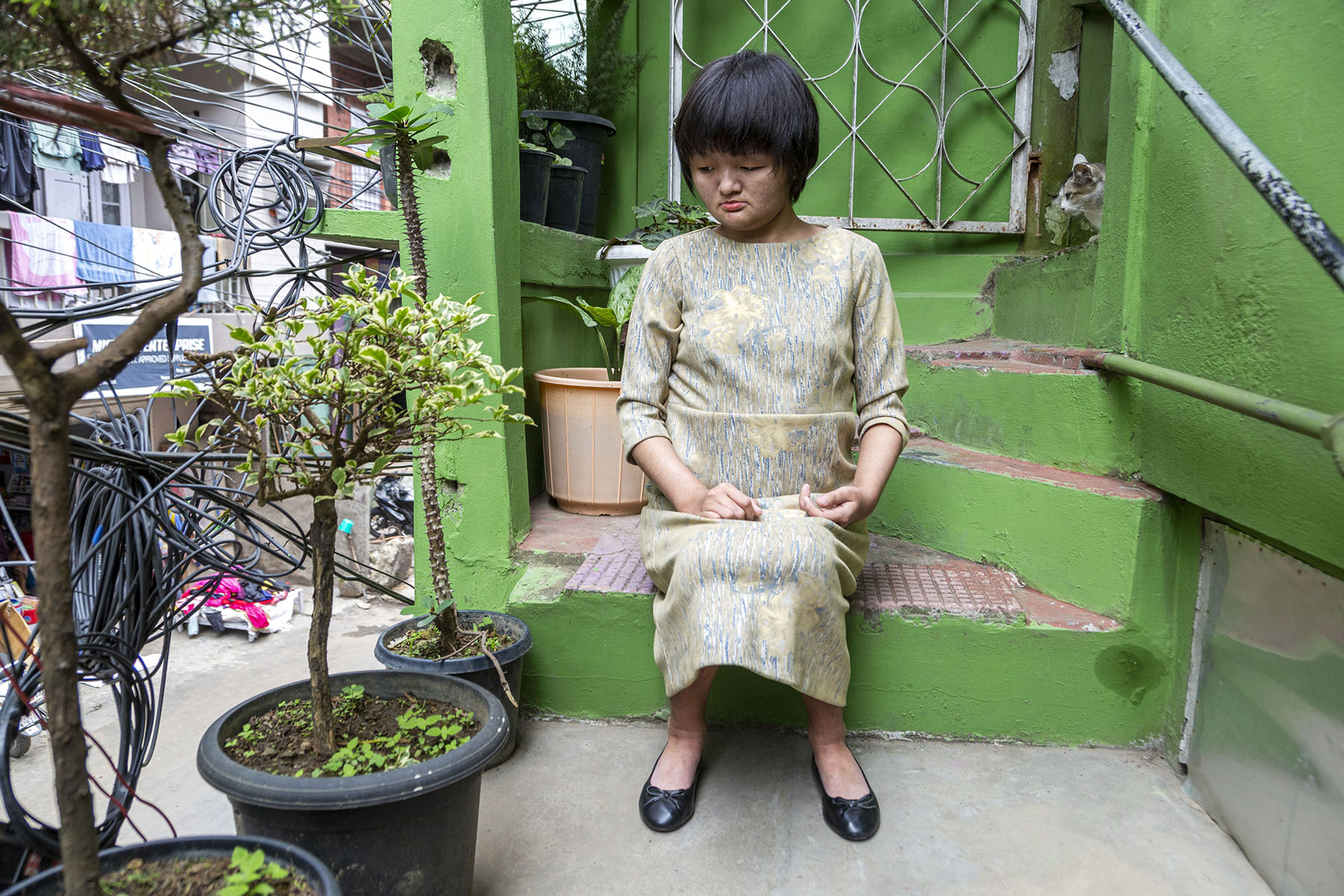 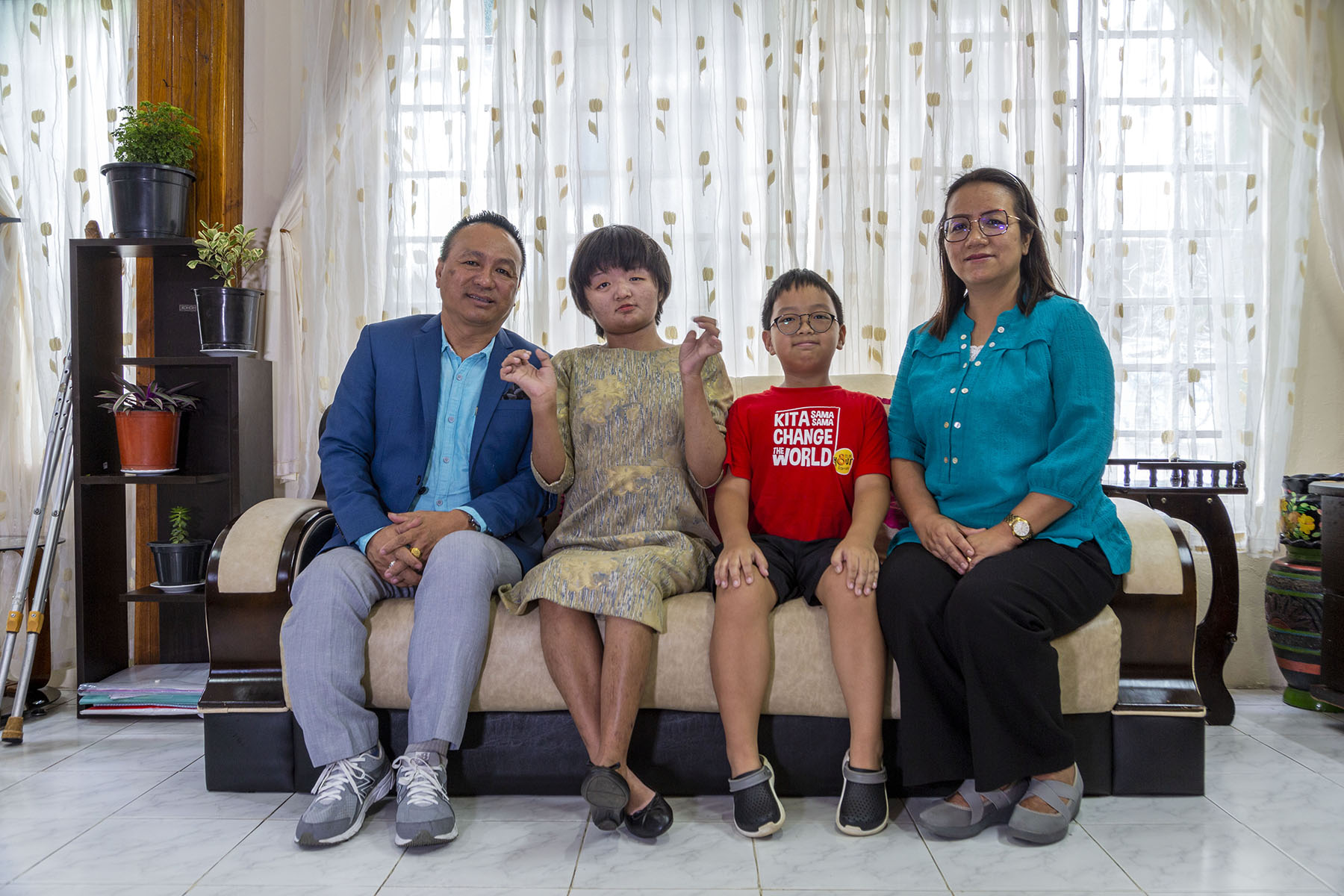 Rotluangi, a Biology teacher in Aizawl, Mizoram, was slightly worried when her daughter Fidelia couldn’t stand up after she turned one, like her son Gabriel had done at that age. Her worry deepened when Fidelia couldn’t walk or talk even at two years. She and her husband Joshua, who runs a construction business, consulted a paediatrician who suggested they get an MRI scan done in Kolkata. The scan showed that her brain’s corpus callosum, a crucial communication link between the two hemispheres, was patchy and irregular instead of C-shaped. Although the doctor warned them that her overall development would be slow, they didn’t anticipate the extent of her impaired speech and coordination.

Fidelia went to Gilead Special School where she underwent physical therapy until she could walk, at first with support and then by herself. She was almost six when she started walking about freely. However, she was still non-verbal and unresponsive. Rotluangi, who teaches Class 11 and 12 at the Government Mizo Higher Secondary School, recalls an evening when she came home to find Fidelia watching a music video. She just glanced up at her mother for a moment and continued watching TV. Rotluangi realised with a pang that while most kids would boisterously welcome their mother back home from work, her daughter may not even have recognised her. That night she cried in bed.

When Rotluangi shared her grief with her colleagues they consoled her by saying, “Don’t worry, you are the chosen one. God chose a special mom and dad for Fidelia.” Their support gave her strength. The speech therapist at Gilead was attempting to make Fidelia talk. She could identify objects and colours when they were mentioned to her – the colour red, apple, bag, tiffin-box, shoes etc. At home, when she was hungry she would touch the pressure-cooker and says “mumum”. Initially, Rotluangi used to feed her since her movements were uncoordinated but the teacher said, “If you continue to feed her she will never learn. Even if she takes an hour to eat by herself, it’s okay.”

Since Gilead has classes only up to Grade 4, Joshua and Rotluangi had to find another school for 12-year-old Fidelia, but they were rebuffed wherever they tried. The private, mainstream schools wouldn’t take her in because she would “distract the other children”. Since therapy stopped, her progress stalled. It was four years later, at the end of 2019, when Rotluangi came across Revive Pro, a health centre that offers therapy. Fidelia received speech therapy and occupational therapy for one hour twice a week. However, just two-and-a-half months later, the pandemic struck and everything ground to a halt.

Fidelia is now 19 years old. She calls her younger siblings Lorinda and Timothy by their names, and is thrilled to bits when Gabriel, whom she calls Gaby, comes home for the holidays. (Lorinda is in Class 9, Timothy in Class 3, and Gabriel is doing his Bachelors in Business Administration in Noida.) When in a good mood, she speaks a few short sentences but mainly communicates through signals. For example she places her plate in the sink when she has had enough food, and on the table to indicate that she wants more. While bathing, she can only pour water over herself and the rest is up to her mother. However she uses the toilet and wears clothes by herself. She is able to pick up objects though not manipulate them. Every morning after the paper boy drops the newspaper she picks it up and gives it to her father – incidentally, Joshua has been using crutches for almost two decades after a traffic accident injury.

Fidelia is ever ready to go outdoors, for a picnic or a walk or, most of all, to the swimming pool where she enjoys being immersed in water. She loves looking at magazine pictures of beautiful women wearing makeup, and runs her finger along her lips as if applying lipstick. She searches for music videos on her mobile and hums along to English and Mizo songs.

Rotluangi constantly thinks about how to boost Fidelia’s progress. She strives to cast out all negative thoughts. People ask her, “How can you keep smiling through all this?” And she replies, “God has given me immense strength.”