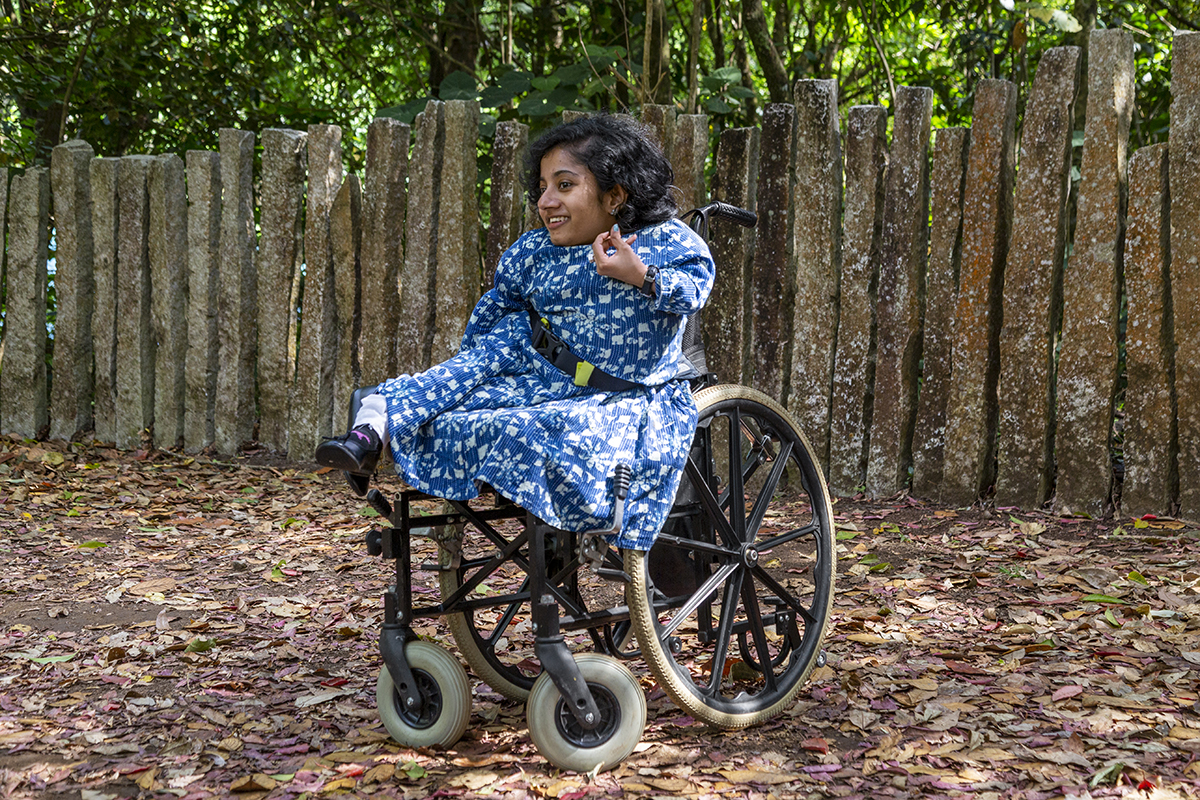 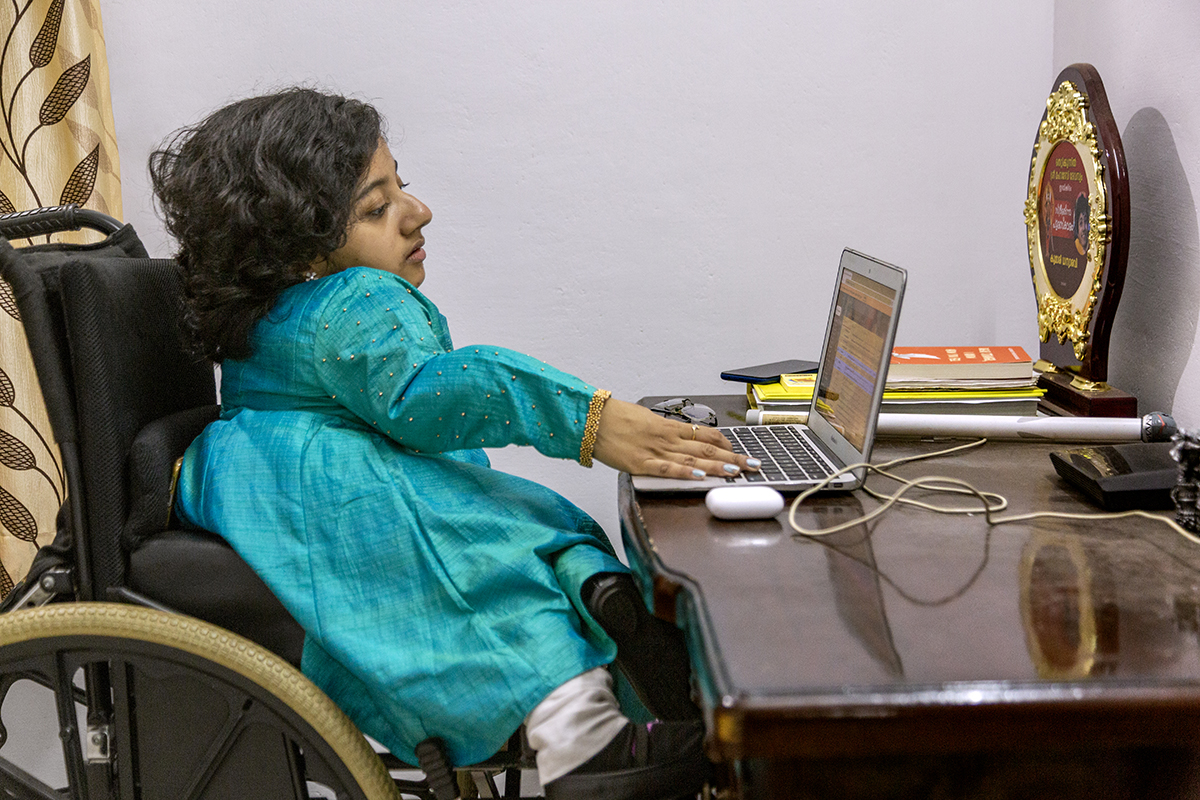 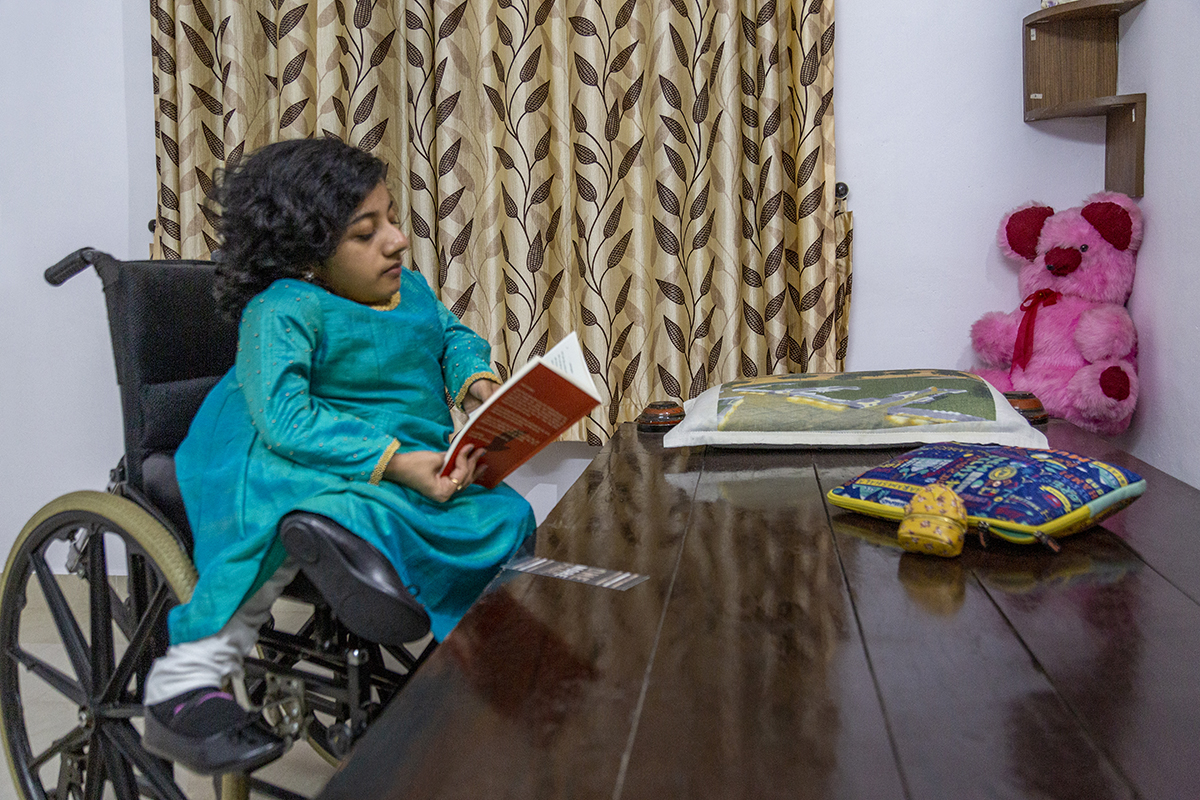 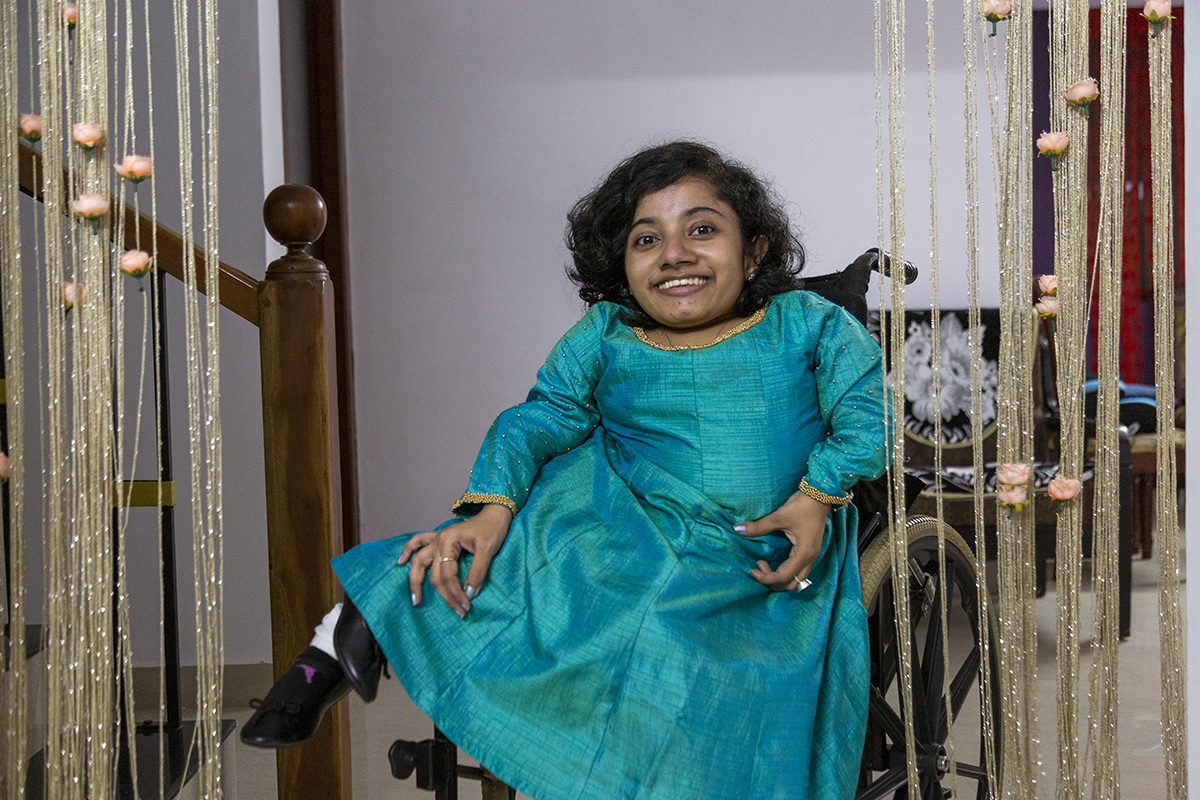 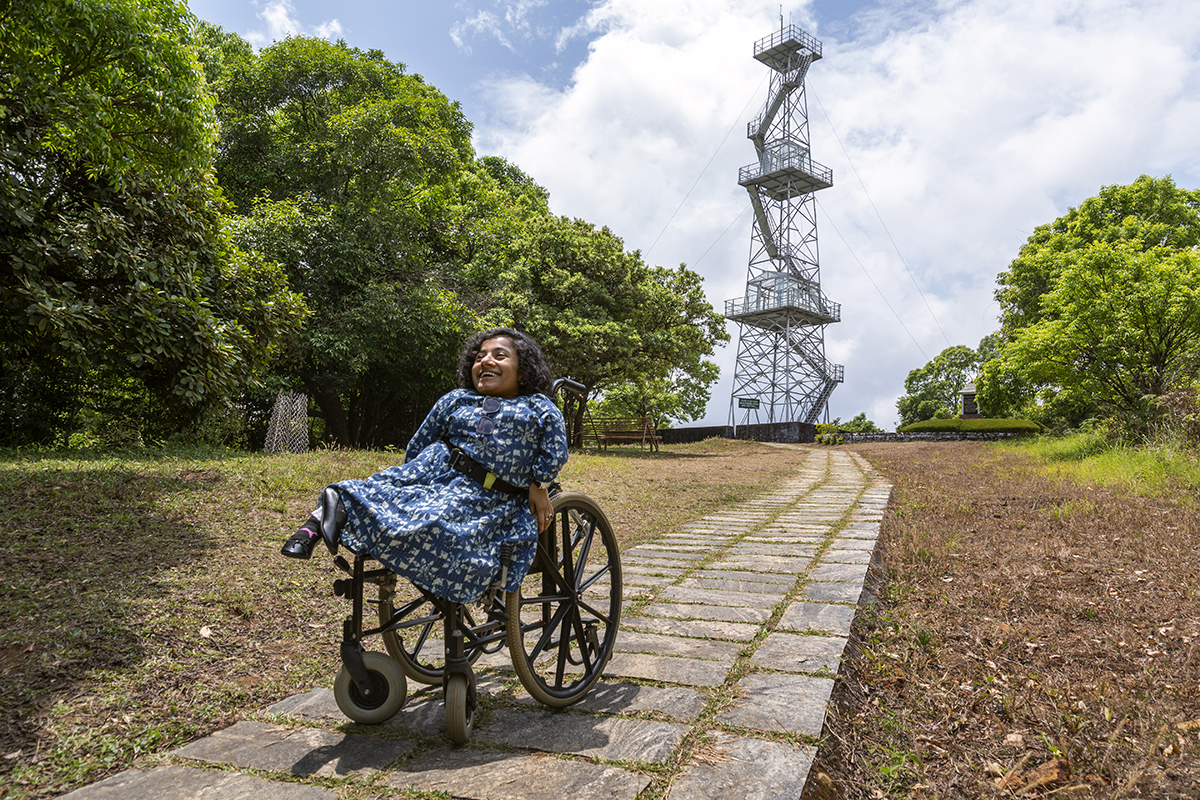 Hospital ICUs are “a second home”, says Dhanya Ravi cheerfully. “I feel like a princess with all the attention I get.” Born in 1989 with Osteogenesis Imperfecta (OI) or brittle bone disease, hundreds of fractures haven’t stopped her from becoming a powerhouse on wheels.

Dhanya’s effervescence and impish sense of humour belie her early struggles. Home-schooled by a kindly neighbour, she passed 10th standard and continued her scholastic pursuits through distance education. Today she is a national and state award-winning disability evangelist who has appeared on numerous TV shows to raise awareness about OI. The Internet was a liberating force. With a vibrant social media presence, she has personally crowd-sourced lakhs of rupees for medical and assistive devices for people with other rare diseases like hers.

Dhanya explains how she set up the Aasmaan Foundation Trust (AFT) with two of her close friends Rosemary Anthony, a psychologist, and Ajish Anto Dominic, an event manager. When they conceived the idea of a fashion show starring persons with disabilities (PWD), they concluded that the quickest way to accomplish it would be to register an organisation. In 2020, on 29 February which is Rare Disease Day, AFT put up a fashion show in a Bangalore mall. During the six-hour programme, which included music, dance and magic, 35 persons with physical, intellectual, developmental and genetic disabilities walked the ramp in glamorous, accessible wear. “We wanted to show what beauty really means,” says Dhanya.

Not content with the success of the unique fashion show, AFT went on to hold a series of events around disability and inclusion. On 15 August 2020 they released a video of Nartana, an inclusive dance featuring women with disabilities to the soundtrack of AR Rahman’s “Vande Mataram”. On 3 December, the International Day of PWD, they released Olangal, a cover of a hit by the maestro Ilayaraja, rendered by singers with and without disabilities. On the eve of International Women’s Day in 2021 in Kochi, AFT organised Zelda, an event to honour single parents of children with disabilities.

Dhanya, who works from home as a customer support executive, is constantly dreaming up new ways to spread disability awareness and the message of inclusion. The ‘glass woman’, as she is sometimes called, never lets the grass grow under her wheels!