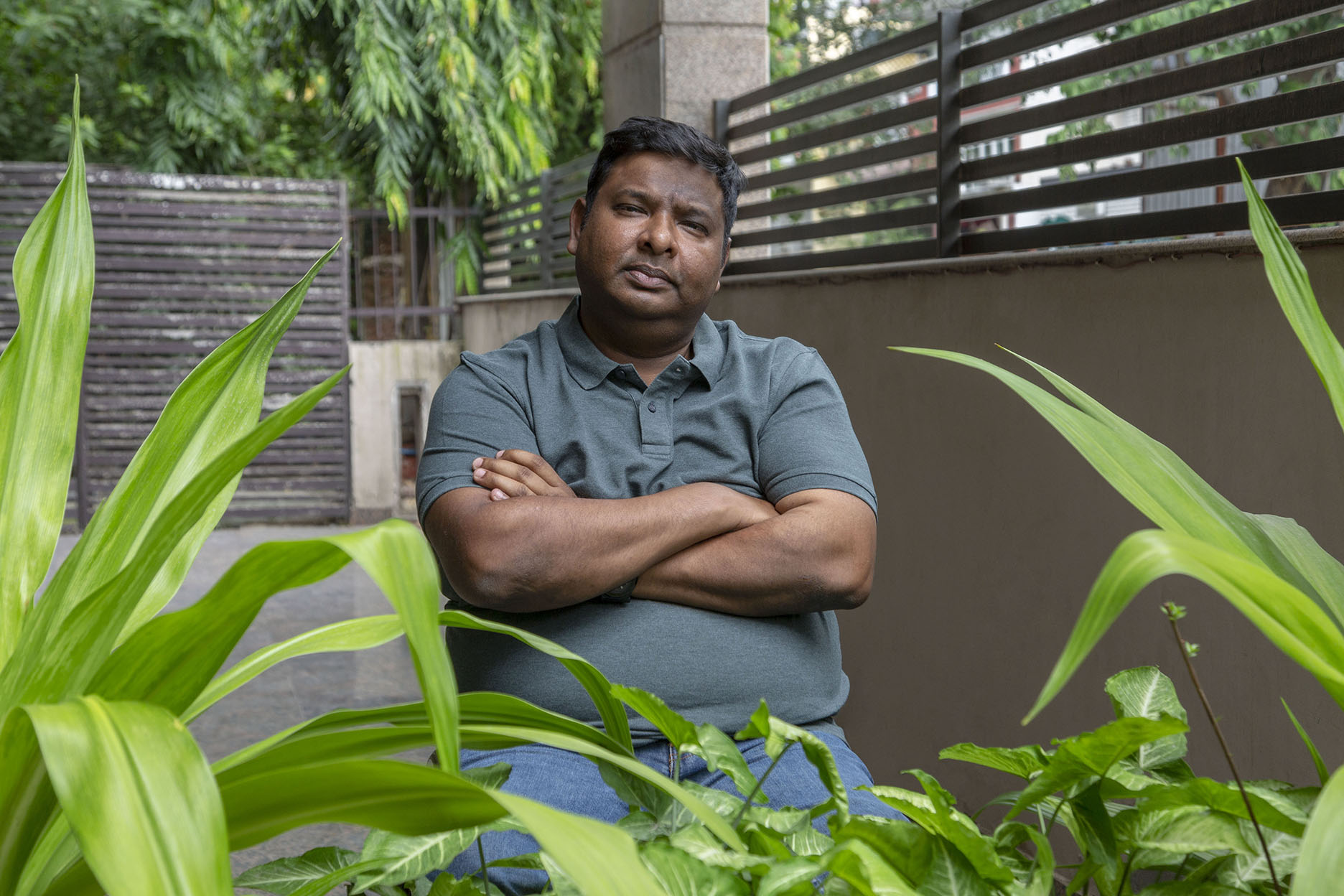 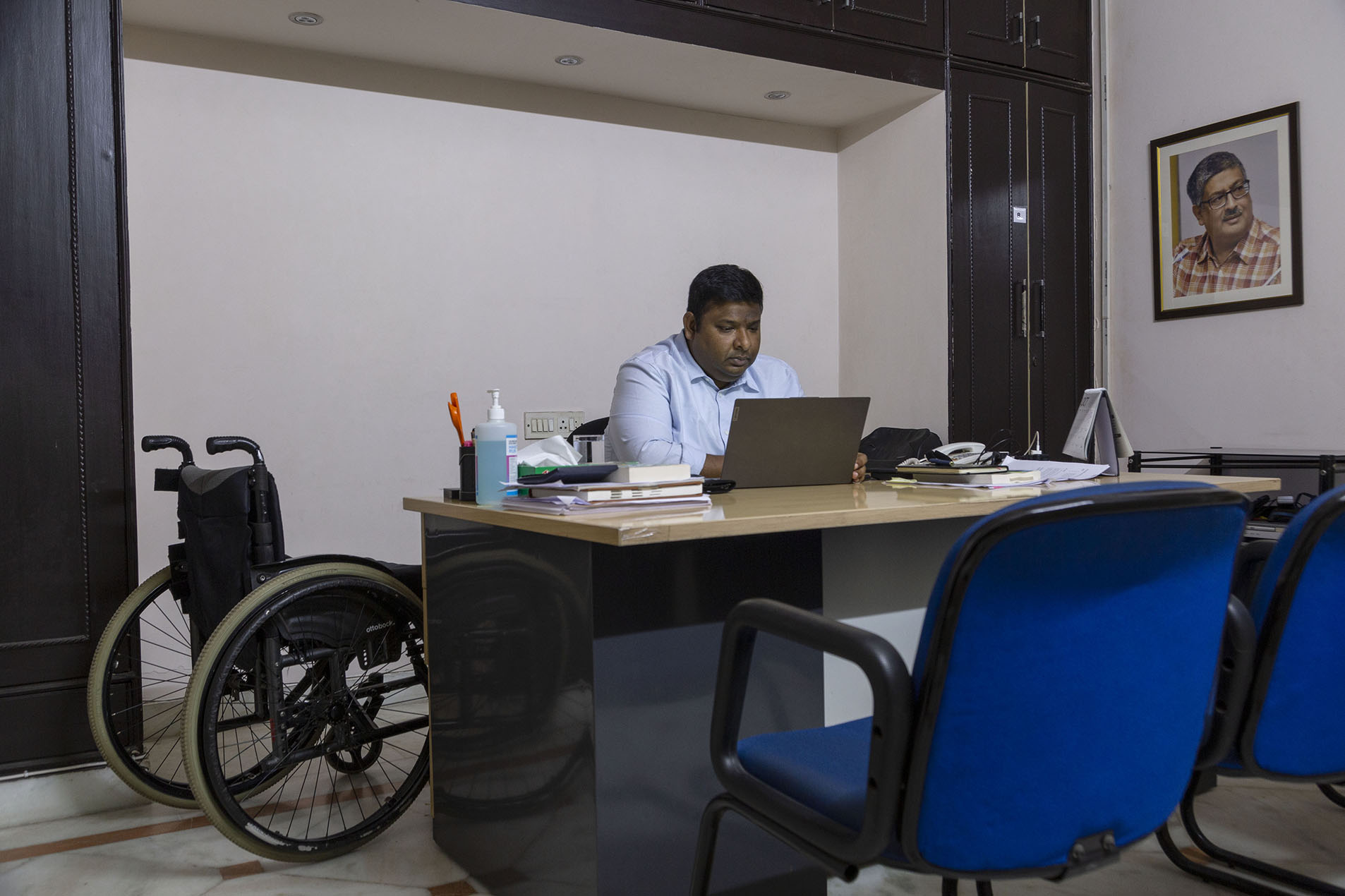 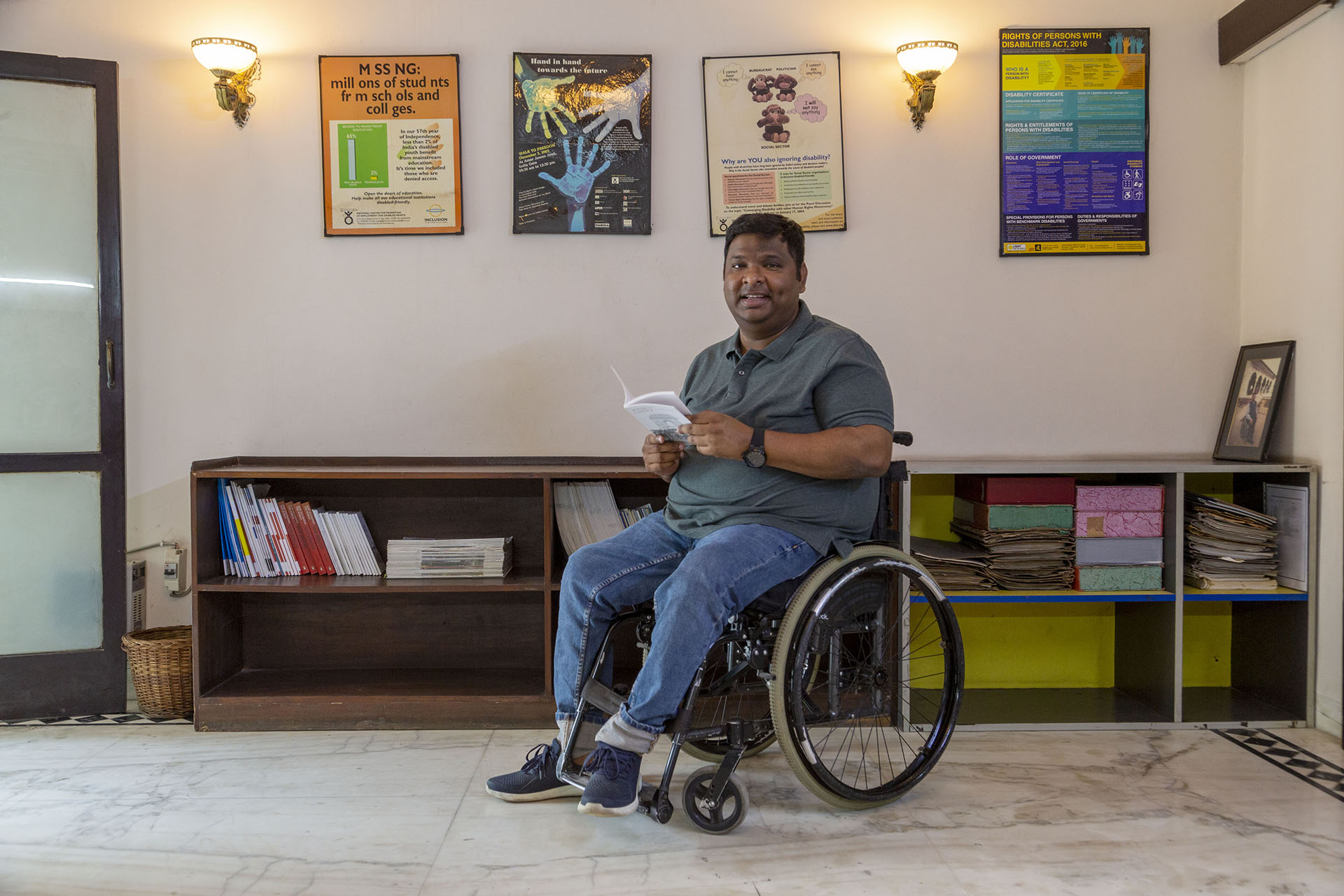 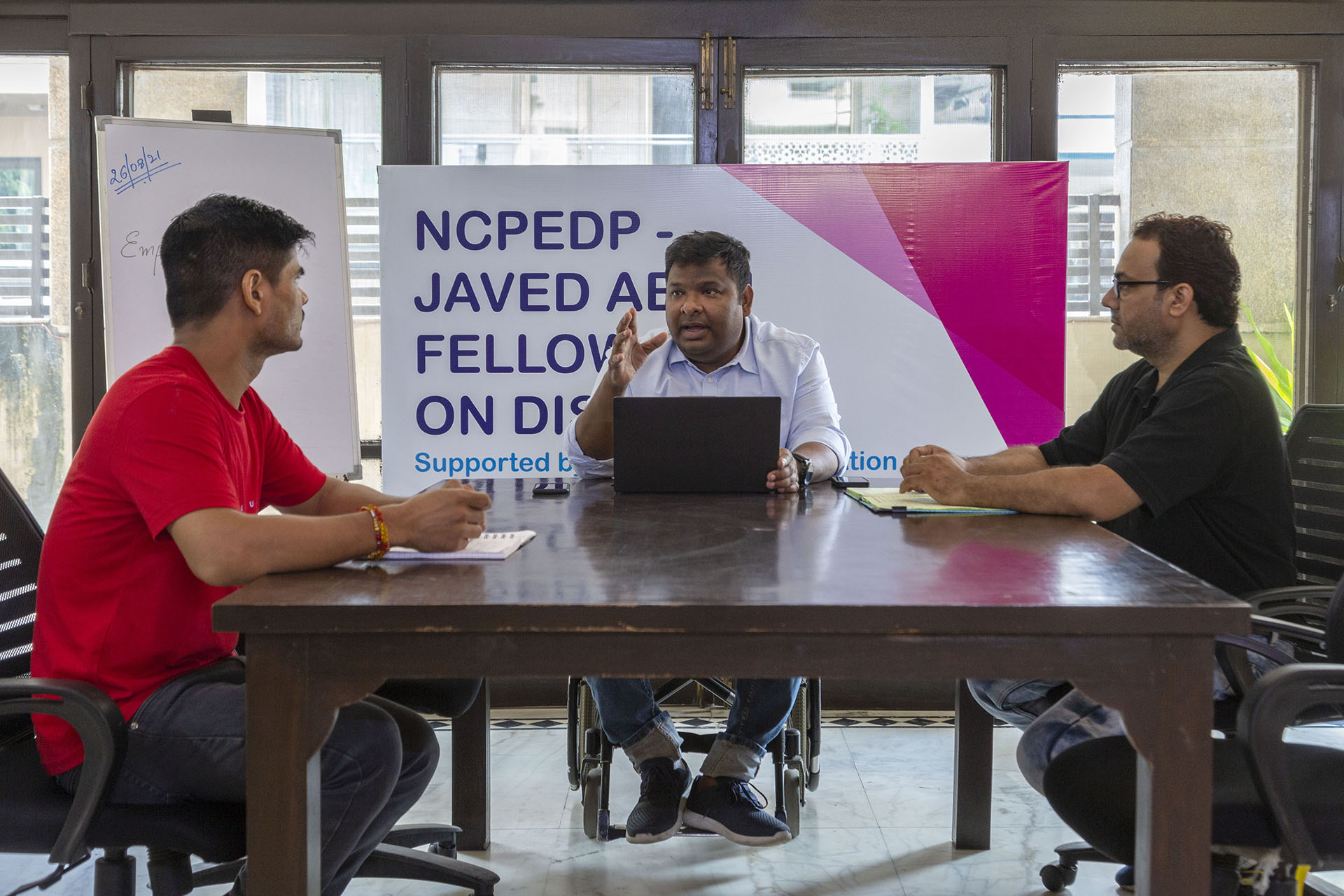 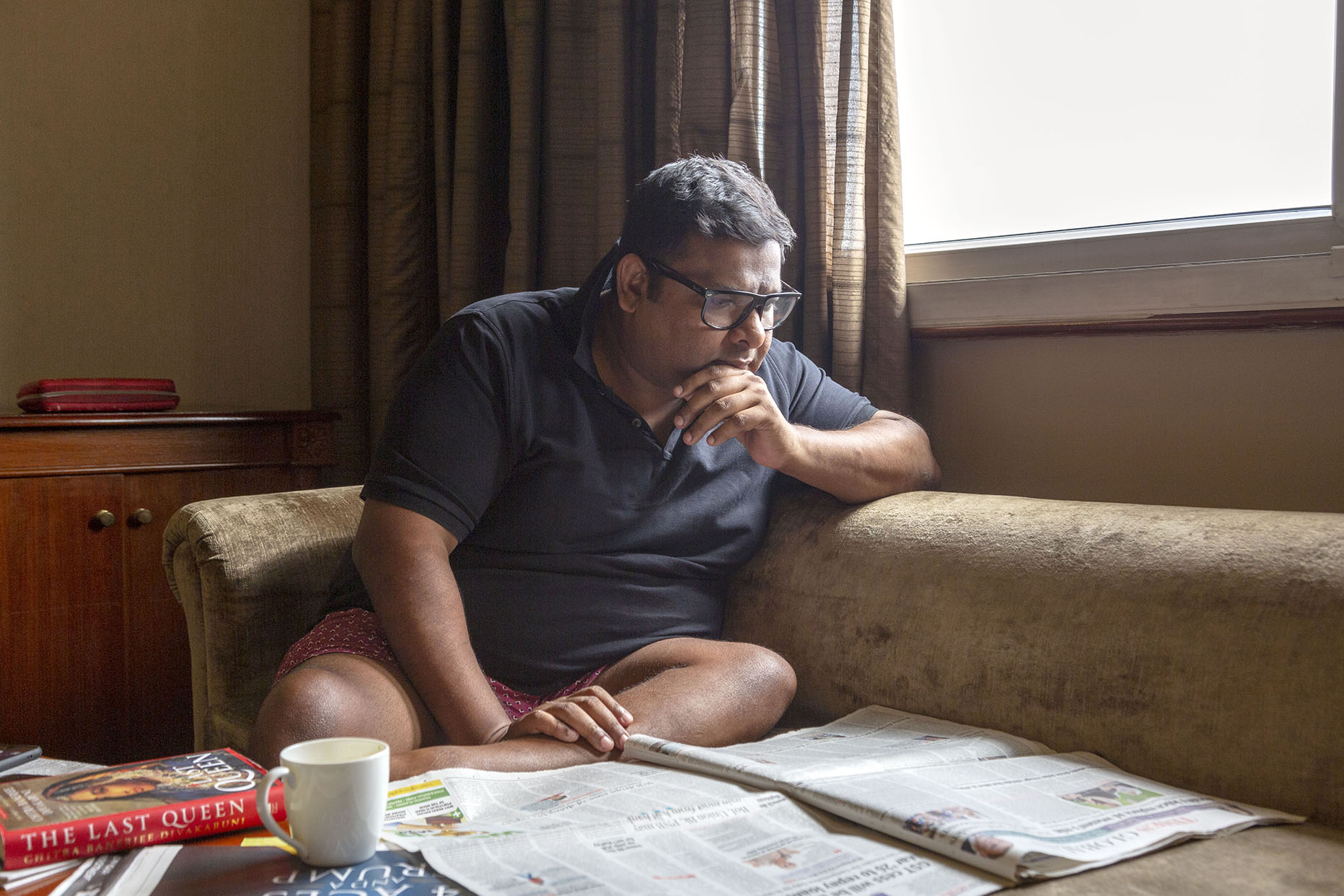 “Do your best, whatever you do. Leave a path for others to follow”

Arman Ali (42) has been looking for a house on rent in Delhi for over two months now. He needs wheelchair access and nothing he has seen so far has been suitable. “None of the estate agents have a disability filter,” he says. “If a privileged person gets treated like this, imagine what the poor and disadvantaged people with disabilities would be going through! It’s what any marginalised group goes through, in fact.”

This all-encompassing perspective is typical of someone who heads the country’s only cross-disability organisation, the National Centre for Promotion of Employment for Disabled People (NCPEDP). It has been seeking common ground with other disadvantaged groups ever since it was founded by the trailblazing disability rights activist, the late Javed Abidi.

“Some constructions do try to conform to accessibility guidelines but in most cases it stops at ramps,” Arman continues. And the angles at which these ramps are inclined are often faulty. Besides, accessibility doesn’t mean just ramps, he reminds us. “What about the visually impaired? And those with intellectual or developmental disability?”

Arman was born (with cerebral palsy) in Guwahati, which had no accessible schools at the time, and therefore his education hit several roadblocks. Forced to drop out in Class 7 after his health deteriorated, he stayed at home, lonely and downhearted. His father, who was in the construction business, not only enrolled him in the NIOS programme of open schooling but also put him to work in his enterprise. At a young age he learnt how to handle money, manage accounts and interact with people. He later got a degree in Information Technology through the distance education programme of the Manipal Academy for Higher Education.

“I never applied for a job,” Arman says. Because his memorable encounter with Abidi at the age of 19 determined his career path. Till then, he hadn’t associated the word ‘disability’ with himself. His parents treated him no differently from his siblings and he merely thought he had a disease which, if cured, could make his legs function ‘normally’. By claiming the identity of a Person with Disability (PwD) he gained a newfound strength and purpose.

Arman took a deep dive into the disability sector. He worked with Shishu Sarothi Rehabilitation and Training Centre for Multiple Disability, of which he later became executive director. He spearheaded the Equal Opportunity Initiative of the BPO Infosys. He plunged into the disability rights movement kickstarted by Abidi and made a signal contribution to NCPEDP’s successful efforts in getting the Rights of PwD Bill passed into law in 2016. Following Abidi’s untimely demise in 2018 he took charge as executive director of NCPEDP.

Whenever Arman is discriminated against on account of his disability, he is not one to let it slide. He is conscious of the fact that every time he wins a fight for personal justice, it sets a precedent and has a ripple effect across the whole PwD community in India. In 2011 he filed a case in the Guwahati high court against a multinational gym, making the state and the union governments parties to the petition.  The gym to which he had applied for membership dilly-dallied and created deterrents meant to discourage him from joining. “Maybe they thought I would be an eyesore,” he recalls drily. The judgment delivered in March 2019 not only ruled in favour of Arman but also imposed costs on both the gym and the state government.

In 2017 he posted on social media how he was called a Pakistani in a Guwahati movie theatre because he didn’t stand up for the national anthem. The RPwDA Act stipulates punishment for those who harass or humiliate PwDs. In 2019 when Arman booked an Uber to the airport and two successive drivers refused to accommodate his wheelchair, making him miss his flight, he filed a complaint and the Delhi Commissioner for PwDs ordered the company to pay compensation.

Known for being a straight shooter who doesn’t mince his words, Arman is also (perhaps appropriately) a gold-medal-winning rifle shooter! When he attacks government apathy he aims his barbs at the right targets, but he is more forgiving of the average person whose indifference towards the disabled springs from ignorance. “It’s not that they hate you,” he says. “It’s lack of awareness.”