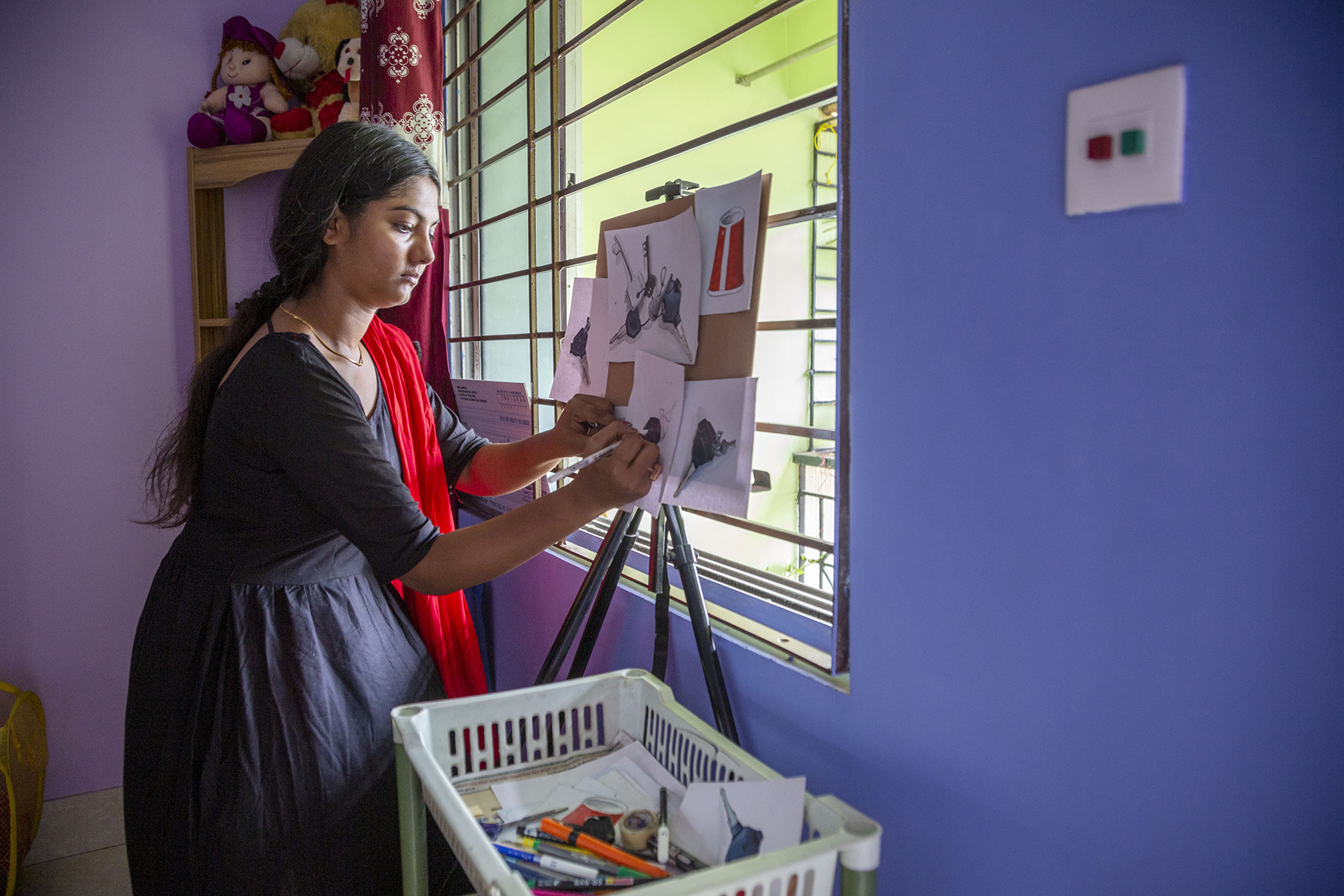 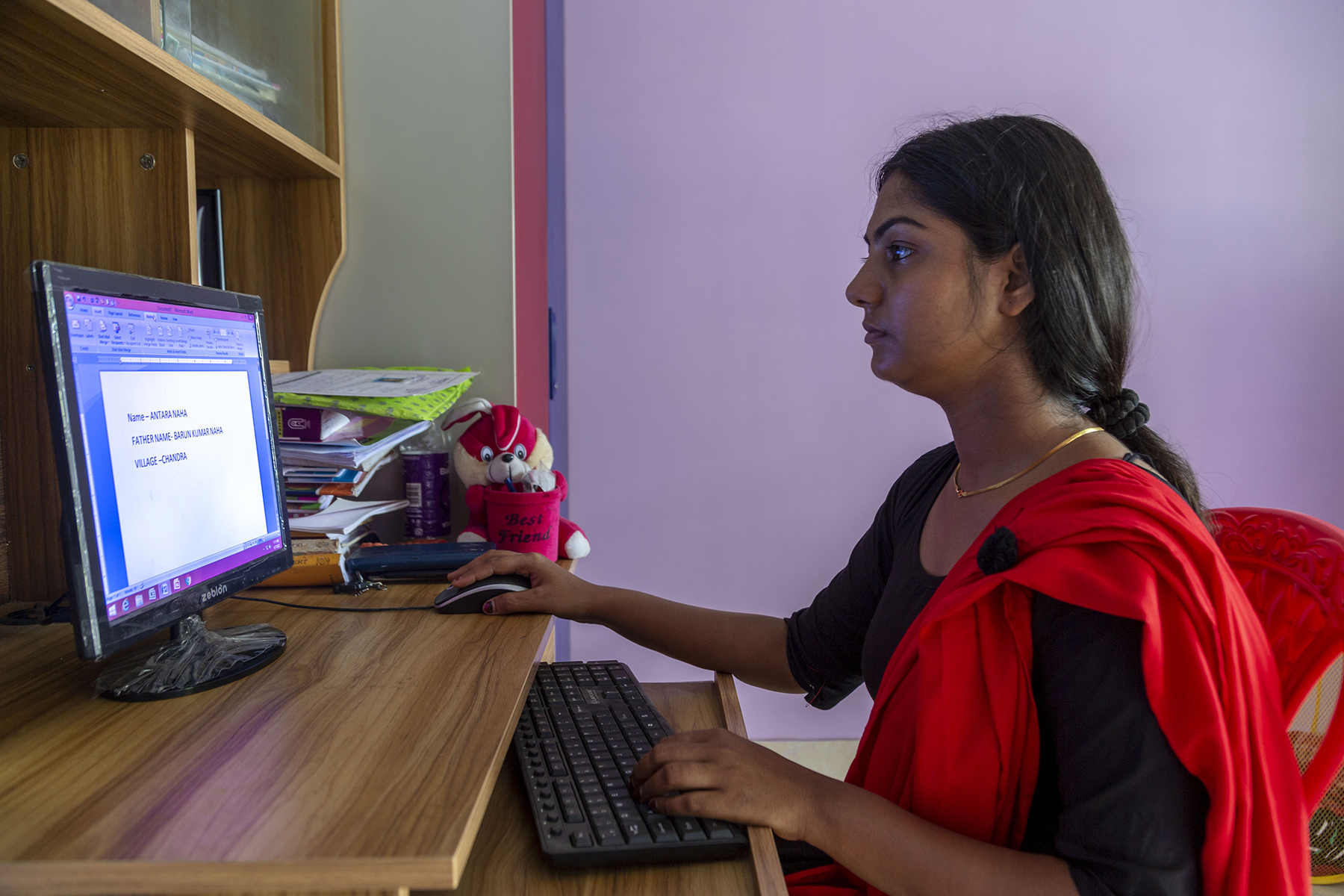 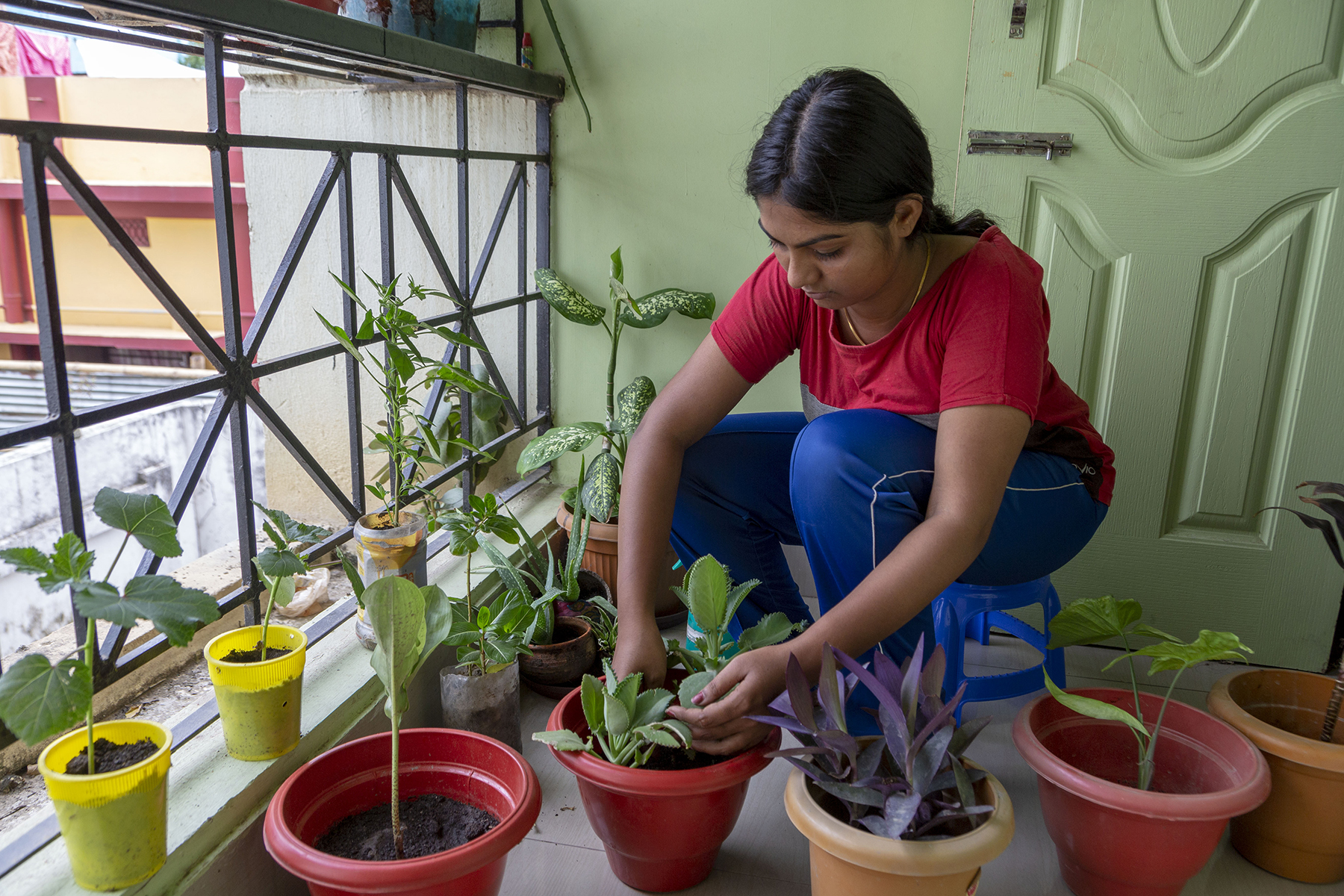 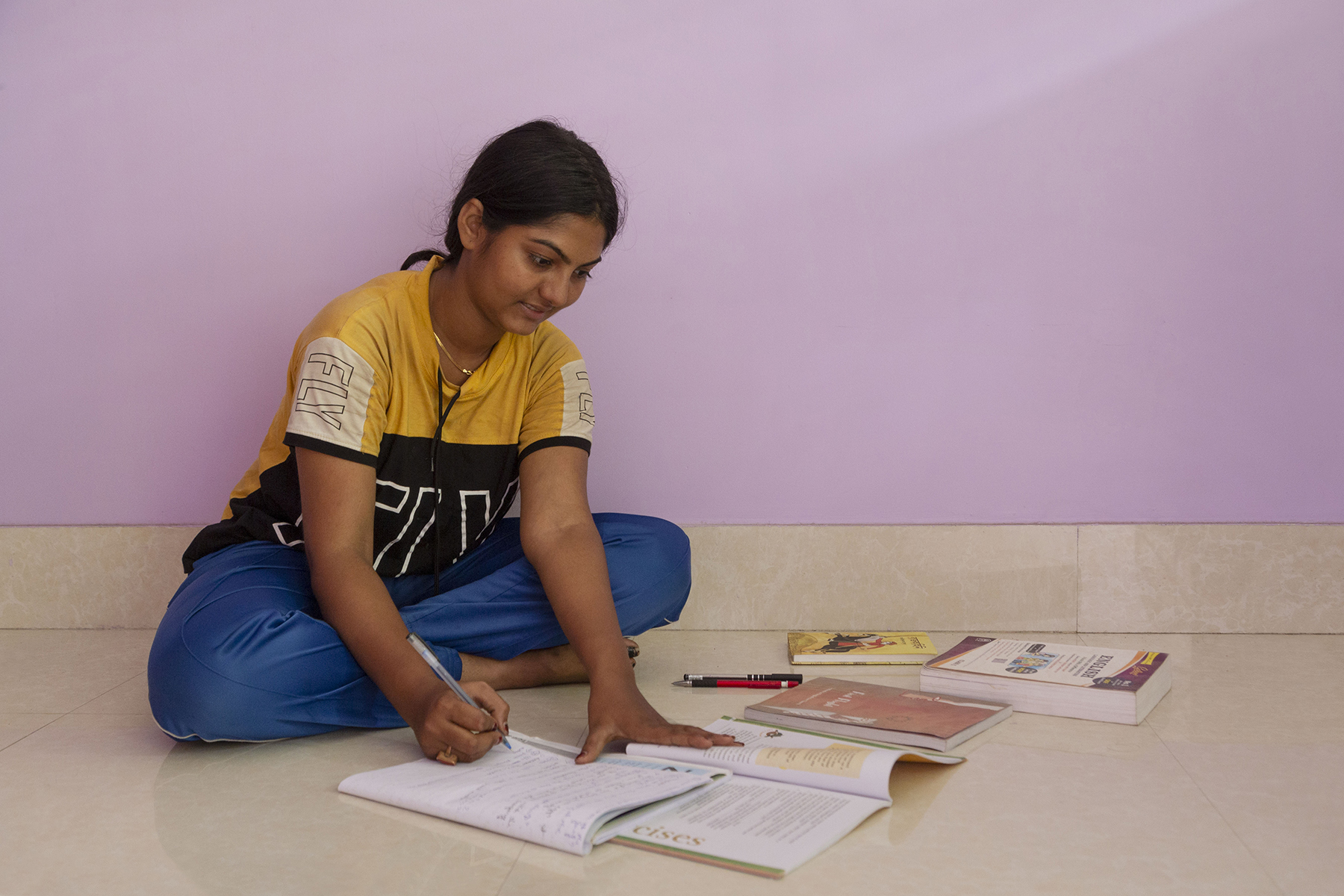 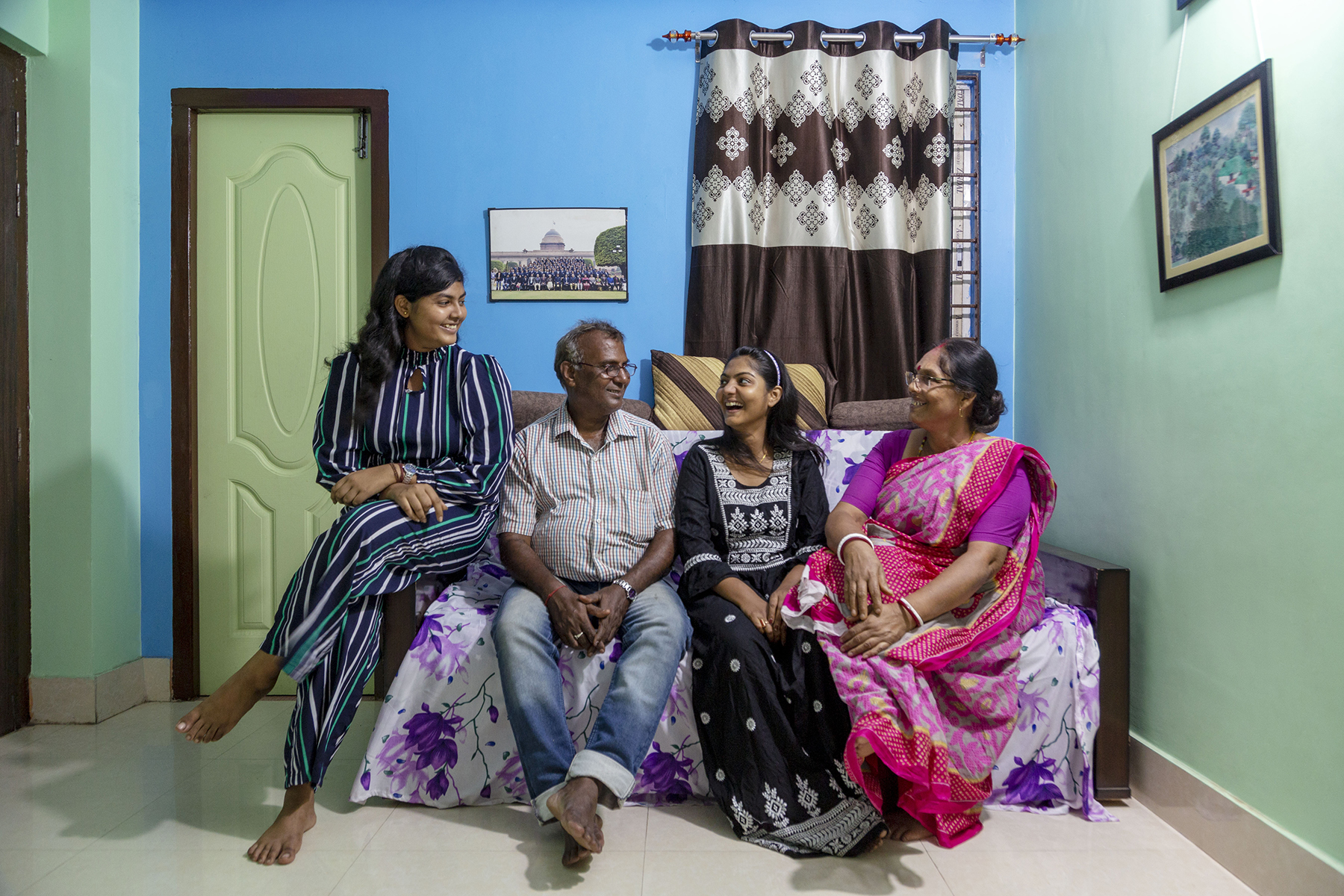 A child with an invisible disability might suffer its consequences for years on end before her parents comprehend what she has endured. Ask Barun Kumar Naha (59) from Agartala, Tripura, father of 23-year-old Antara. When she was a child, Barun and his wife Anjana Naha Datta couldn’t figure out why she was so aloof and unresponsive. Such behaviour can easily be misunderstood as stubbornness, indifference or disrespect.

Barun narrates an incident that pains him even today when he recalls it. While having lunch he asked Antara to fetch him some water. She ignored him. Frustrated, he started hitting her but she stood before him stony-faced and didn’t shed a tear. Barun instantly regretted his action and even more so when, much later, the after-effect of the beating made her cry. He also realised that day that something was amiss about his daughter.

“Because you can’t see a mental disability, it becomes tough to identify, understand, and accept it,” Barun reminisces. “A mental health problem can feel just as bad as, or worse than, any physical illness and requires just as much support.” This realisation came only after he and Anjana went through years of groping in the dark for answers. It is a mistaken assumption that parents who are well-educated (Barun is in the police service and Anjana a college teacher) would be better equipped to detect that their child has a ‘problem’. Mental health remains a closed book for most of us.

Antara was admitted to a government school, the Shishu Bihar Higher Secondary School. However, the class teacher observed her mood swings and lack of social interaction and asked her parents to pull her out of school. They hired a home tutor, who was quick to point out Antara’s behavioural problems. The tutor’s daughter was a doctor, who surmised that she may have a thyroid issue. They took her to one of Tripura’s well-known hospitals which found nothing wrong with her thyroid and recommended they take her to the Psychiatry department where she was treated for three years. At one point Antara lost her appetite and became so thin that “we feared that we would lose her”, says Barun. Acting on the recommendation of senior doctors in the department, in 2011 when Antara had reached seventh grade they went to the National Institute for Mental Health and Neuro-Sciences (NIMHANS) in Bengaluru.

A new chapter opened for Antara at NIMHANS. The doctors told them that apart from the medication, what she most needed was "to always be kept in a happy frame of mind.” That became the mantra for Antara’s family. Barun recalls that when Antara was young she used to hanker after a brother or sister, and she was overjoyed when Ambika was born. Ambika is now 15 and there is a strong bond between the sisters. Anjana made a special effort to support and motivate Antara. Since she has mood swings, they strive to keep her occupied and active. They enrolled her in yoga, which significantly helped her. Barun takes her for swimming lessons, which she enjoys.

Antara’s 10th grade results were unsatisfactory but after switching to a private school she completed high school after a two-year break. Art seemed to hold a great appeal for her, so they admitted her in the Government College of Art and Craft. She is in the final year of her arts course. “I wish to teach painting to children,” she told us.

Red is Antara’s favourite colour. She likes to celebrate Durga Puja with her sister by wearing new clothes. Gardening brings her peace. She enjoys travelling and remembers her trip to Kanyakumari and Bengaluru. Although doctors have told the family that her disability would be a lifelong challenge, they remain hopeful that she will flourish under their loving care.