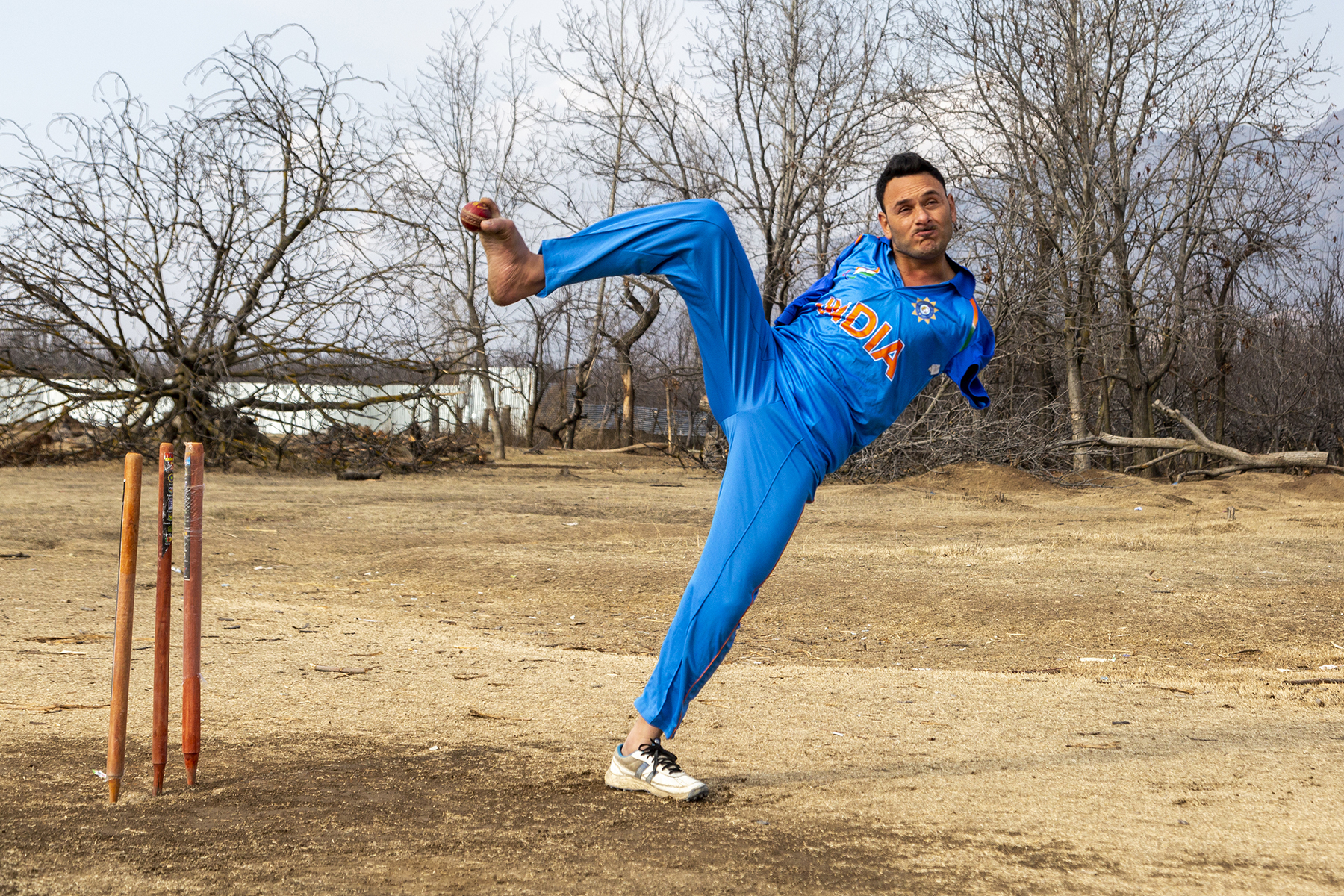 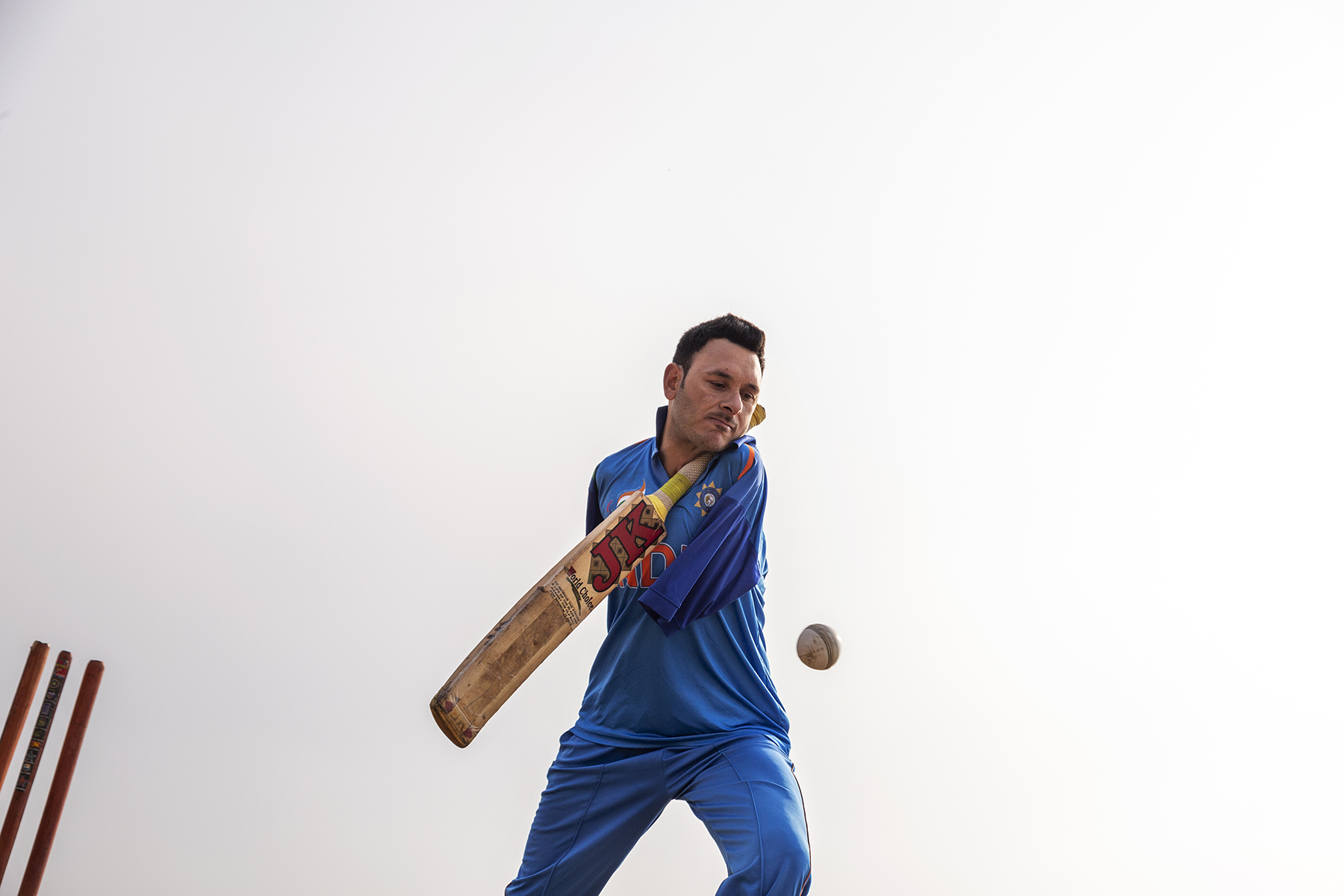 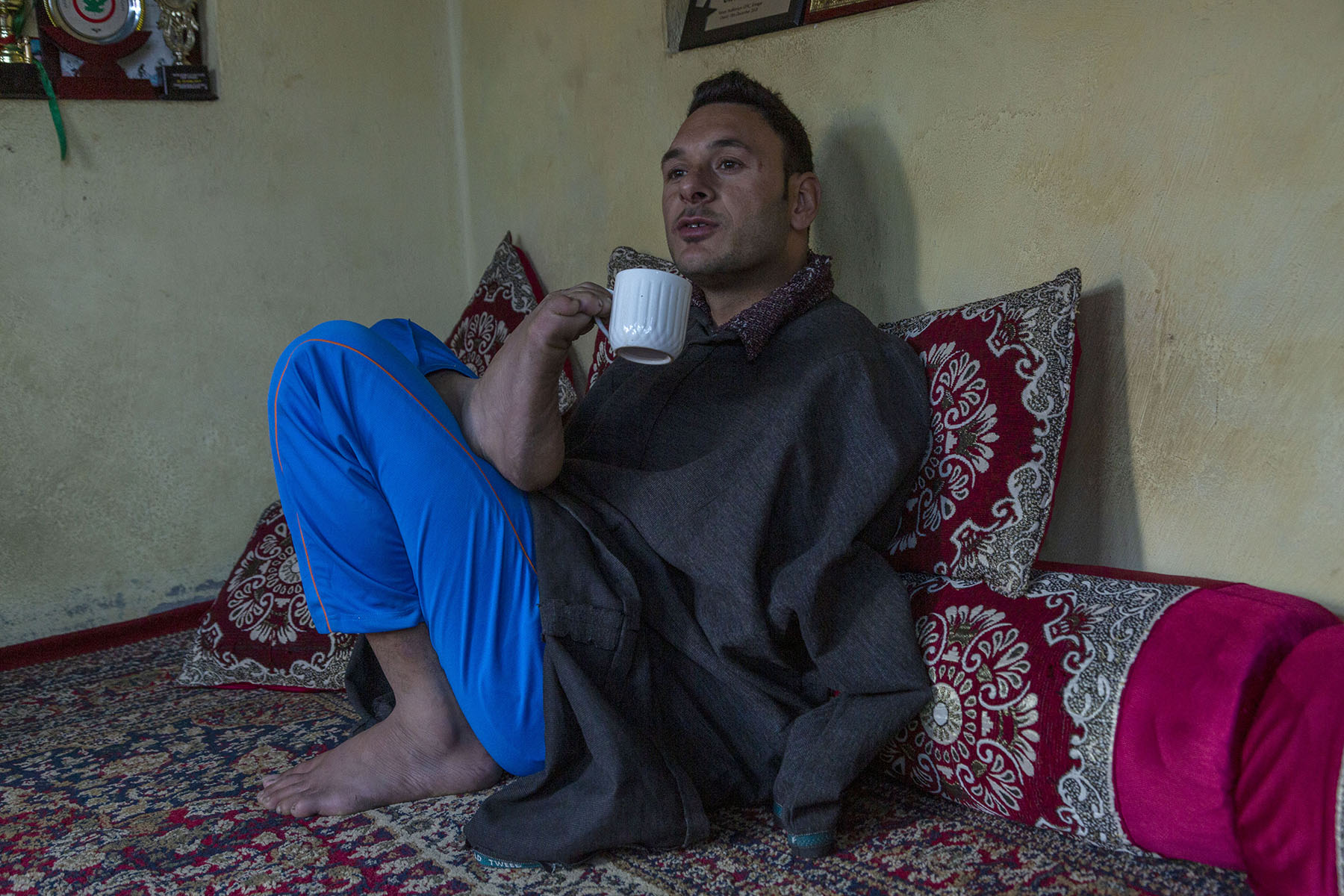 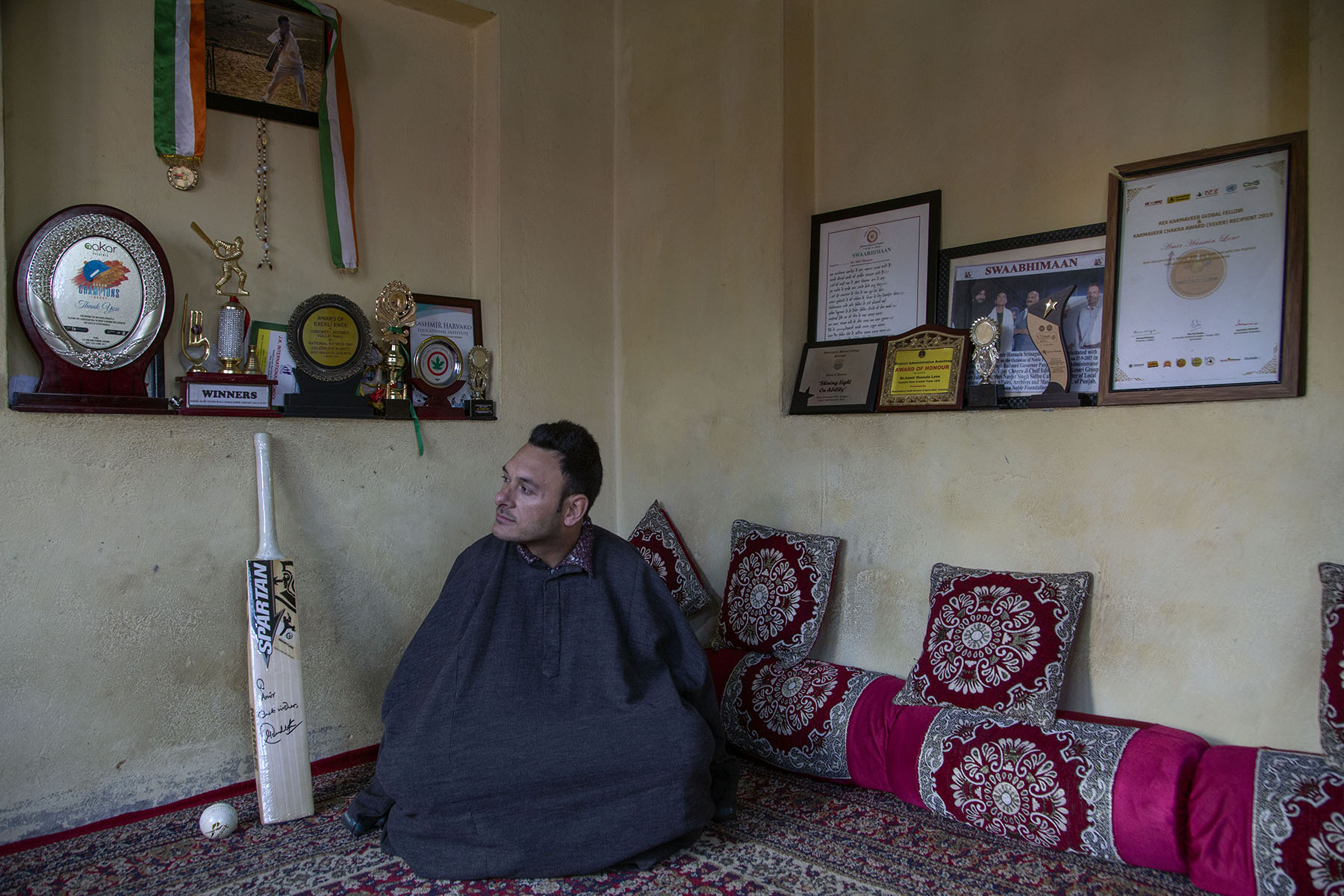 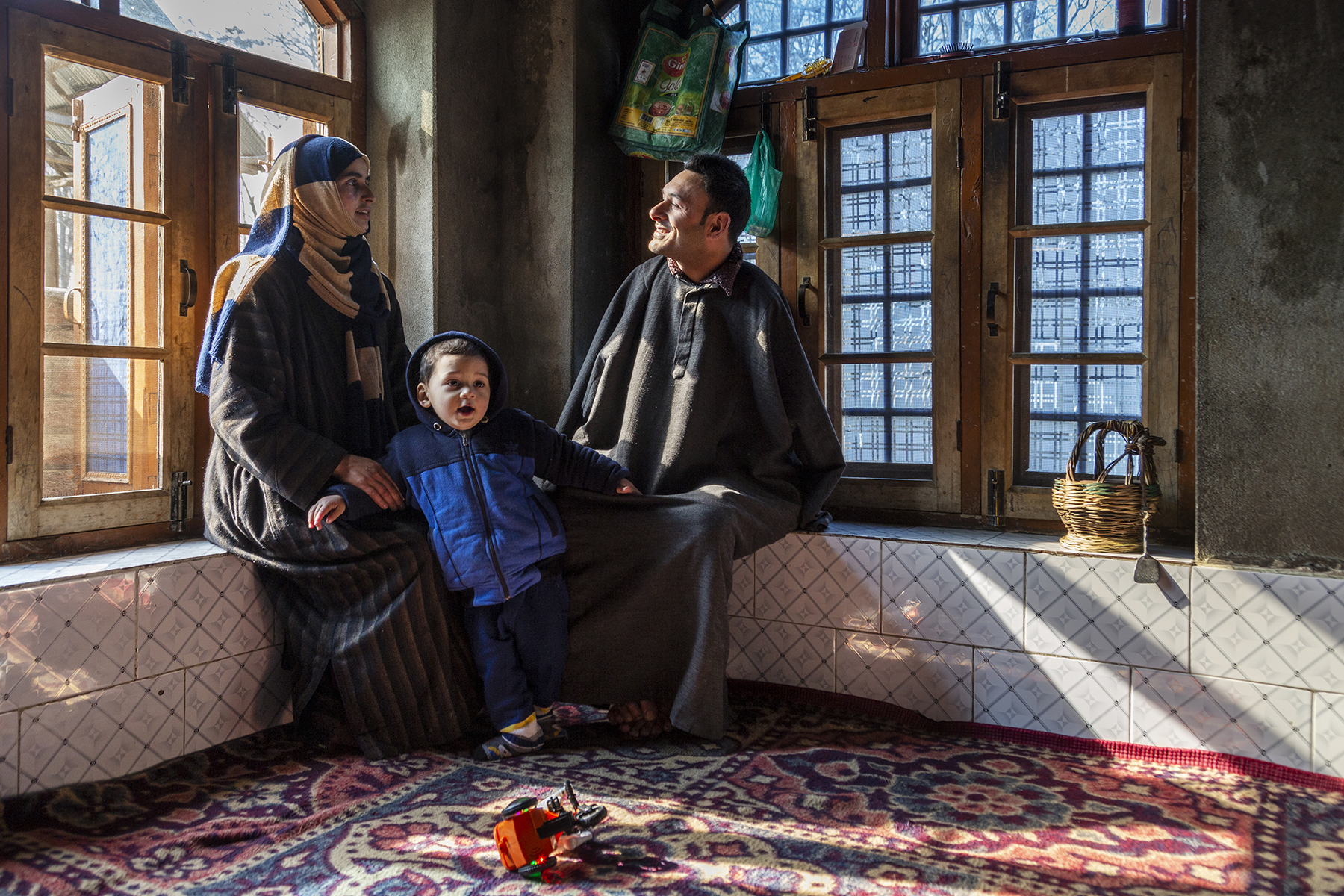 “I’ve never celebrated my birthday. One should celebrate each new day, since one never knows what life has in store.”

Amir Hussain Lone of Wagham village in Kashmir’s Anantnag district is not sure when he was born; his guesstimate is 1989. But he is dead certain about the year he went to his father’s sawmill to deliver lunch for his brother. It was a Sunday in 1997.

“I was playing around the saw when the machine snagged my jacket and sucked me in, chopping both my arms and flinging me aside,” he narrates animatedly. Each life experience has been seared into his memory as if it had happened yesterday. He describes how villagers said “he’s dead, bury him”, how a neighbour plucked up courage to approach the army camp, how the soldiers gave him first aid and took him to the Bone and Joints Hospital in Baramullah, and how his father Bashir Ahmad had to sell their land to pay for his treatment.

When Amir emerged after years in hospital it was “almost like spring coming after a long Kashmir winter” but he heard villagers giving his parents ‘helpful’ suggestions like “inject him with poison, he is worthless” and “just put food on the table, he’ll eat with his mouth”. His beloved grandmother Fazee (who died in 2010) was his “best friend” who nurtured him, soothed his turbulent mind, and persuaded him to go to school in Marhama village.

Each humiliating incident goaded Amir to adapt his feet for each daily activity. Turned away from a mosque for being unable to perform wazu (ritual ablutions), he taught himself hygiene. At a neighbour’s wazwan (Kashmiri wedding feast), when nobody bothered to feed him, he came home crying, but later asked Fazee for a spoon so he could practise wielding it. She blessed him: “May God never make you dependent.”

Bitter experience taught Amir never to rely on others. In eighth standard, while walking to school, his trousers fell when the button snapped. He leaped off the road into a ditch and asked passersby to help but none did. He hid till darkness fell, picked up his trousers with his teeth and walked home through the fields. When a teacher asked Amir’s classmate to help him write, the boy replied, “I am not his servant.” So after school, Amir aimed stones at walnut trees, sold the fallen nuts to a grocer for Rs 5 and bought a pen. From a cloth merchant he got a few taaga (cardboard sheets inside bales), gripped them between chin and shoulder, and went home to practise writing on them.

This was the kind of tenacity that got him shaving — after he quarrelled with the barber when a village VIP jumped the queue — and swimming. Watching boys cavort in the river Jhelum he dived in and almost drowned before a woman rescued him. Unfazed, he returned another day, observed how the ducks “pushed water with their feet” and started imitating them.

His childhood cricket craze began the day he watched a match with one eye! He used to stand at the doorway of a house in his locality and watch TV, but during an India-Pakistan match the house-owners shut the door in his face. They shut the window too, but it had a narrow crack through which he squinted and peered. Sachin Tendulkar scored 90, India won, and Amir was hooked. With a makeshift wooden ball and bat he played with an obliging Fazee, using his big toe and second toe to grip the ball, and tucking the bat under his chin. Endless hours of practice followed.

A cherished memory is his cricketing debut in a village match when he was in tenth standard. His first ball, to a batsman who had just scored two consecutive sixes, was a perfect yorker. He took two wickets in his first over, scored 10 not out, and was Man of the Match. In 2016 he captained the J&K para cricket team; that same year, Ajay Jadeja sponsored his trip to Mumbai to watch India play West Indies in the T20 World Cup. In 2017, when he won the Punjab Swabhimaan award, chief guest Navjyot Singh Siddhu recited a Ghalib couplet in his praise.

When we spoke to Amir he was prepping for a match in Anantnag the following day. His dearest possession is a bat signed by Sachin and his dream is to meet his “guru”.