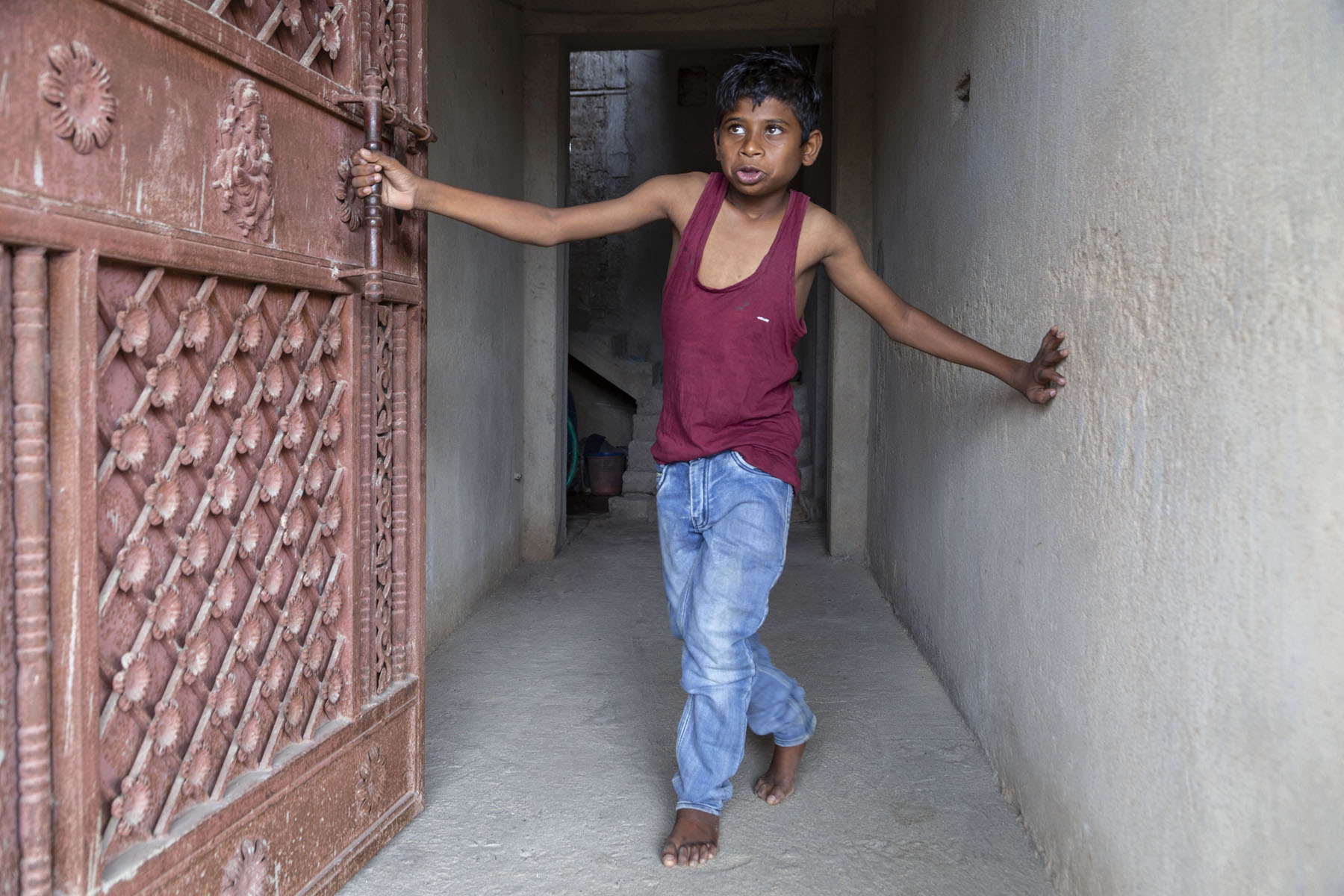 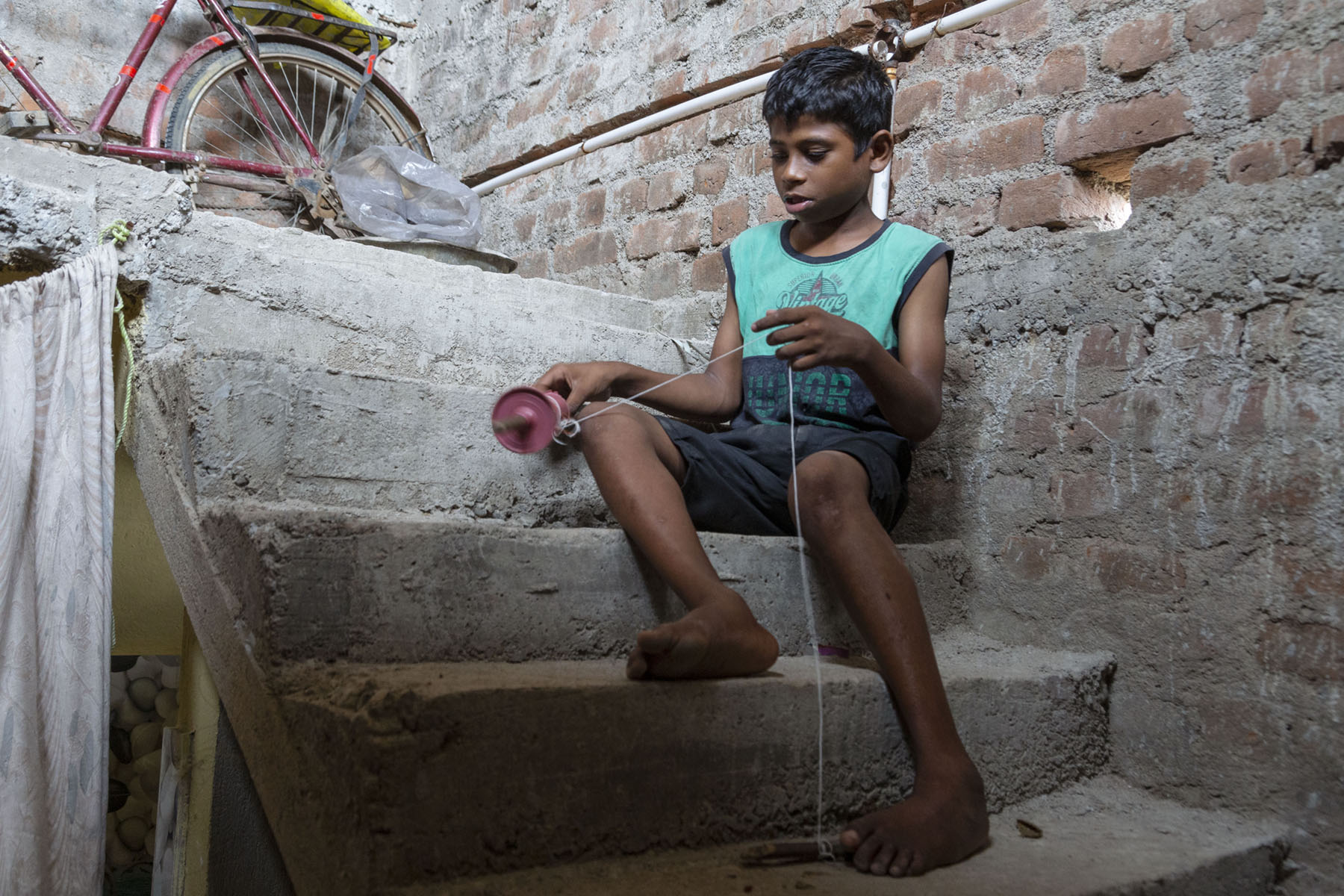 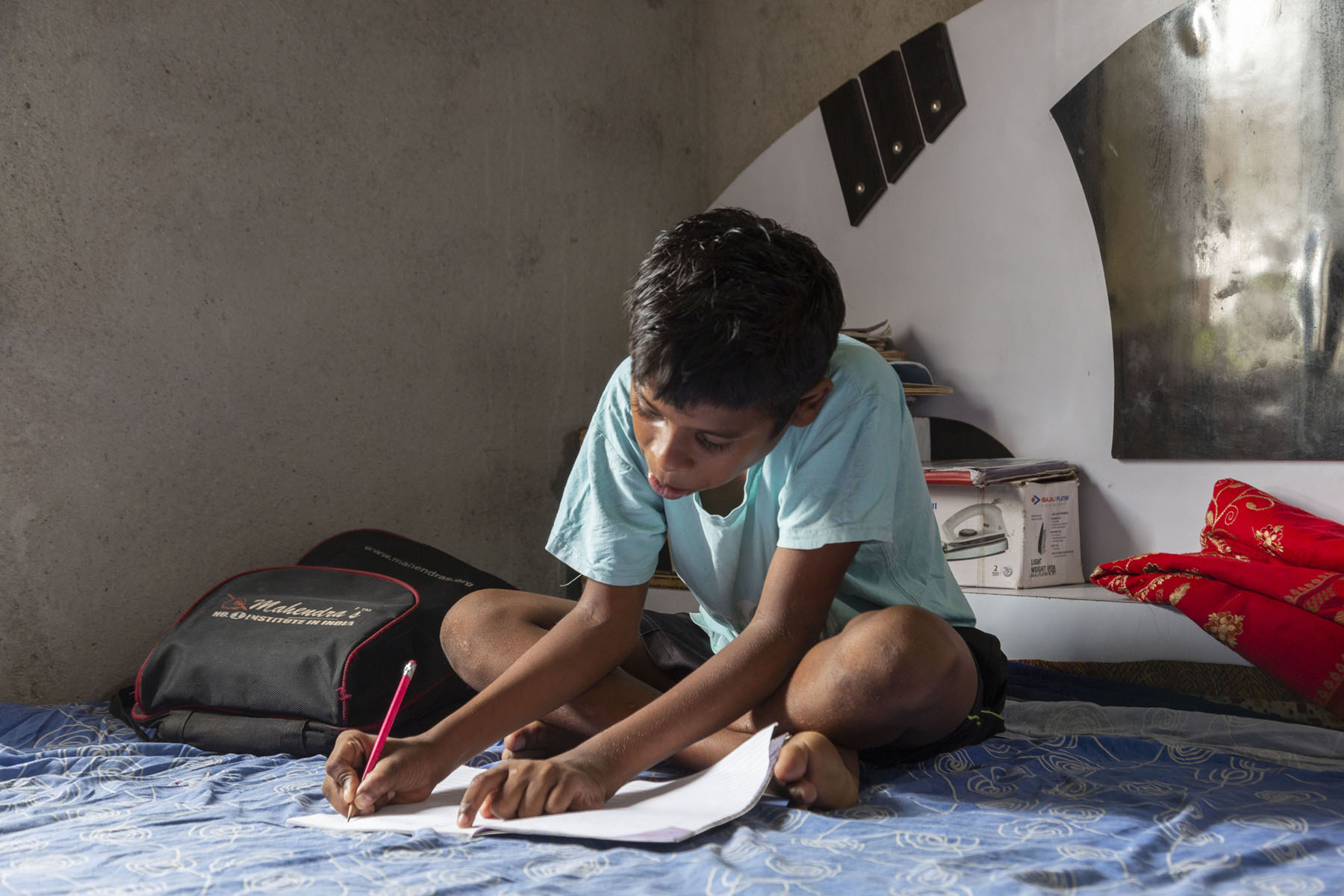 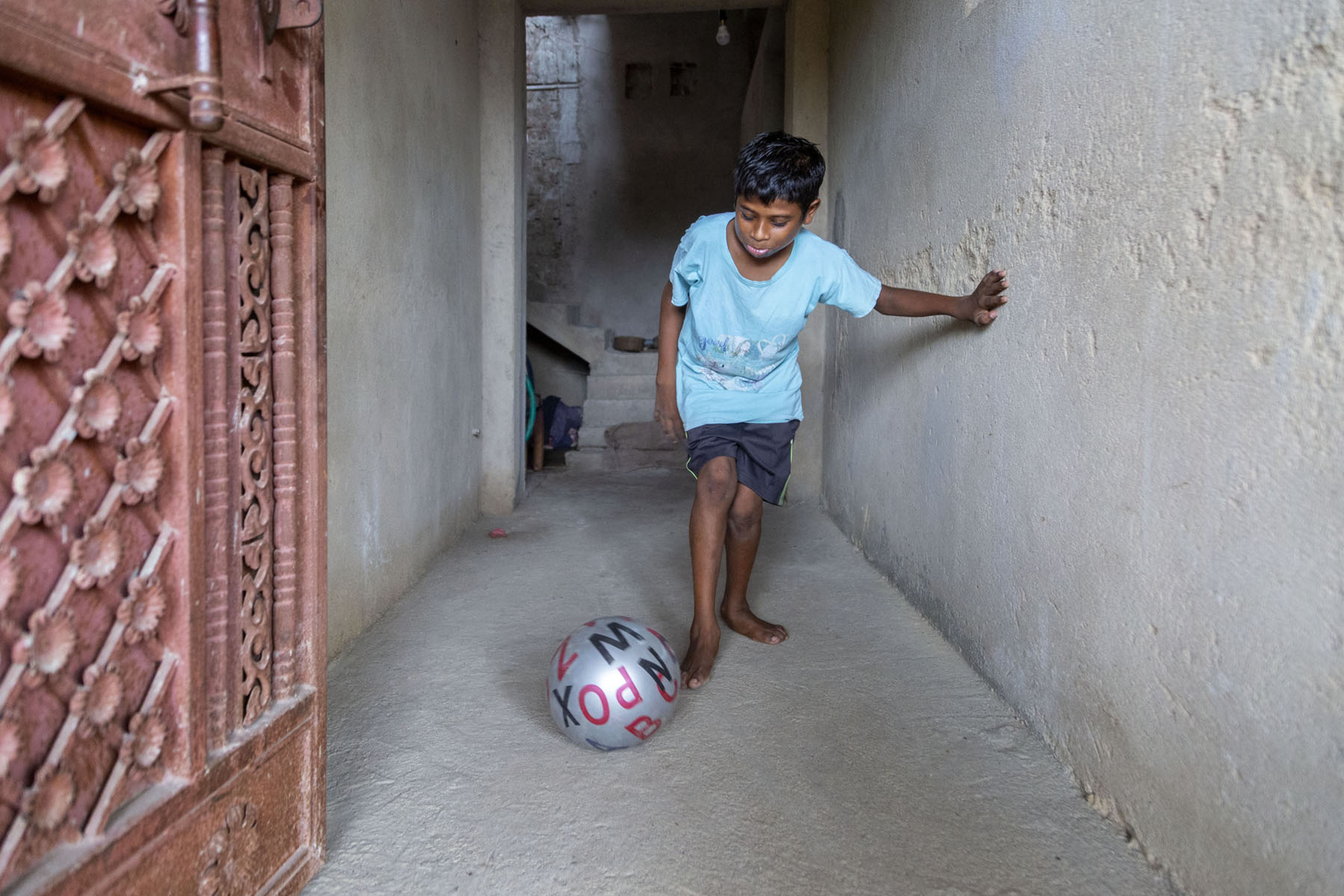 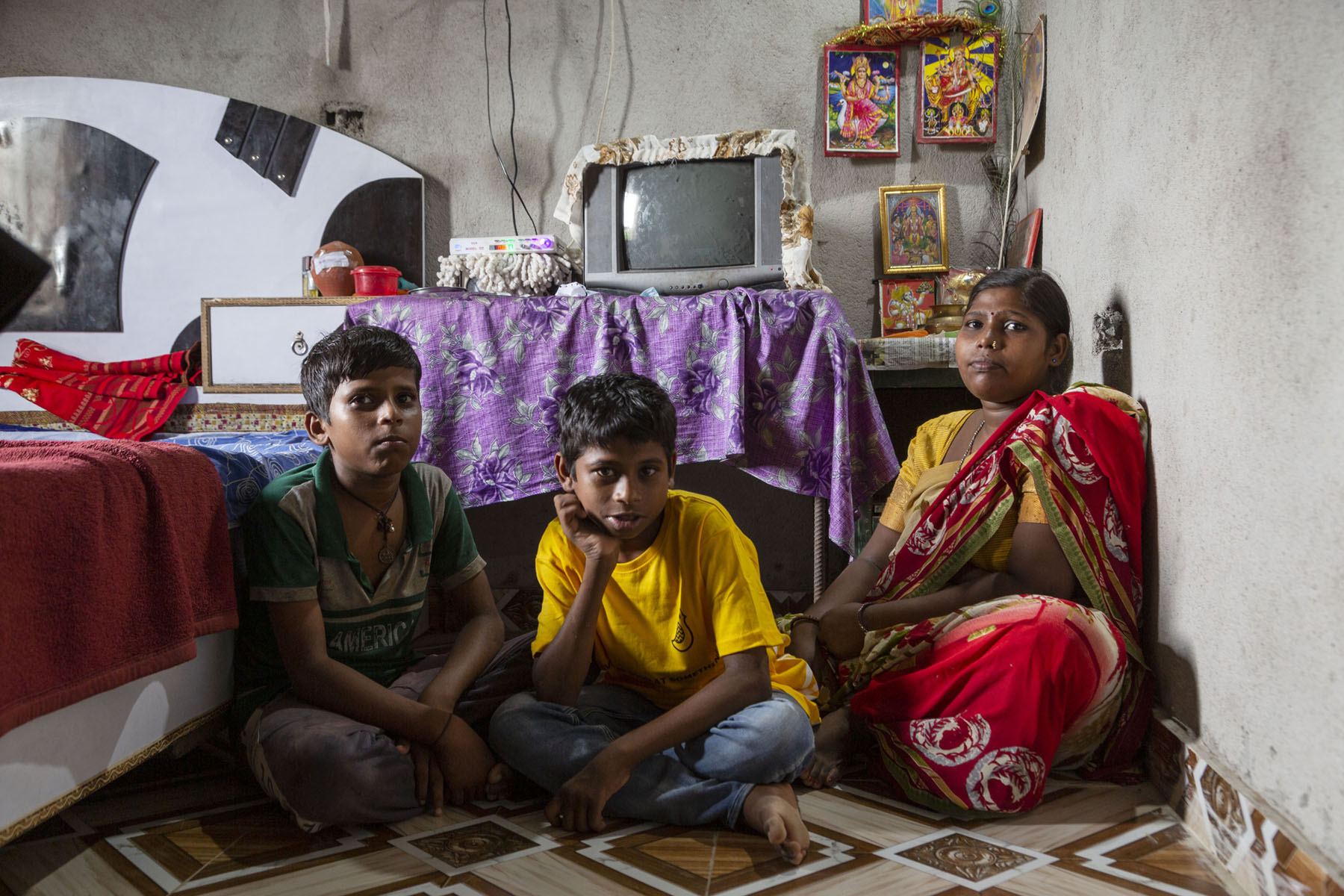 “I play with ball in school. Sometimes my mother makes my favourite chicken drumstick and aloo paratha”

It is evening, and Aman Kumar Mahto (14) has just returned from the special school he goes to. He has an intellectual disability and he is in Class 1 of Deepshikha Institute of Child Development and Mental Health in Ranchi, Jharkhand; it’s the state nodal agency centre of the National Trust. His mother Sanu Devi (33), a domestic worker, has brought him home in an auto from where the school bus has dropped him off, 13 km from their home in Pithoria. When she leaves for work at 7 a.m. after packing a school lunch she takes Aman with her, juggling her schedule so that she can convey him to the pick-up point at 9.30 a.m.

“I like school. I can play with ball there,” says Aman. He has a speech impediment and Sanu interprets some incoherent words and phrases. Asked who his favourite teacher is, he mumbles “Jhuma ma’am”. (Perhaps he means assistant teacher Jhuma Gupta.)

“Did you eat your tiffin today?” we ask.

“Mahi stole and ate it.”

Sanu tells us she had cooked rice and bhindi curry the previous day and Aman ate it up without leaving any for his younger brother Ankit (12). The two are always squabbling. Aman loves chicken legs, clamours for instant noodles, and is demonstrably enthusiastic about aloo paratha.

But this sweet picture of domesticity overlays a grim portrait — of a woman widowed at 24, who brought up two little children on her own. Born in poverty, she married Mahesh Mahto whose father owned land on which they grew crops and vegetables. Sanu says her in-laws constantly harassed her and even hit Mahesh, perhaps because she came from a landless family. Two months into her marriage she was pregnant. Aman was born in August 2007 and when he was a year old, she got pregnant again.

Sanu reports that one-year-old Aman had to be hospitalised with “high fever and body becoming stiff”. His speech and movement were delayed. She had to wait over three years for him to say the word ‘ma’ and to start walking albeit with an unsteady gait.

Meanwhile, battles with her in-laws continued until they finally ordered the couple out of the house. Working for daily wages, they managed to put food on the table. But then Mahesh caught filariasis, a parasitic infection from a type of roundworm, which makes the legs swell up enormously. He was unable to work. His health deteriorated and he died in 2012.

Sanu’s brother and two sisters helped her survive. There were times when she ate one meal a day or nothing. When the mud house she built got flooded in 2019 and she received no compensation, her brother supported her. She got her current house built with a government grant and a private loan that she is paying back monthly with interest. Aman’s disability pension of Rs 1,000 helps lighten her financial burden and Deepshikha has waived his school fees.

Aman, who watches cartoons and plays mobile games, who has learnt how to go to the shop with money and buy what he likes, may not fully understand the struggle his ma goes through to buy and cook him the ‘murga’ (male chicken) he craves.