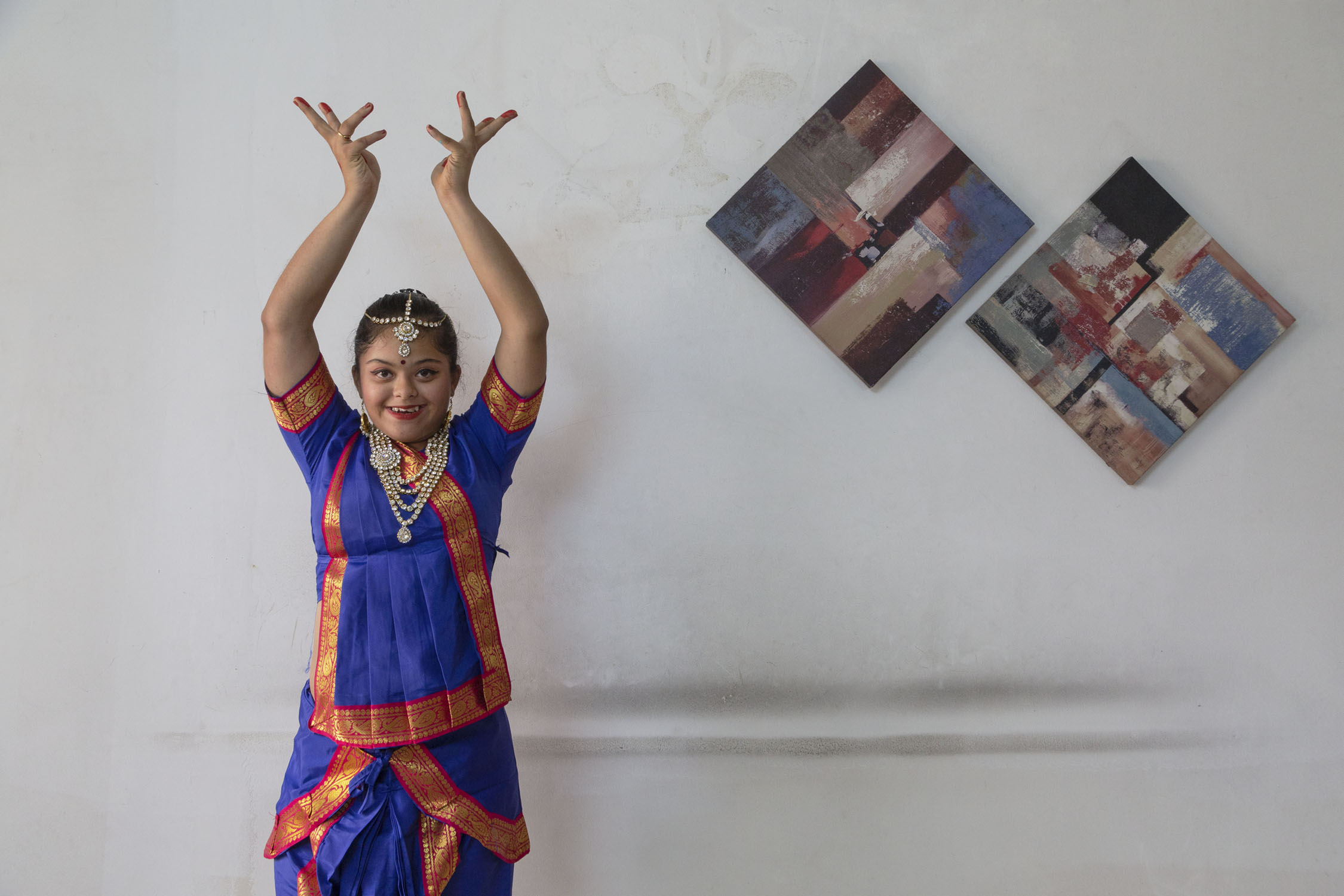 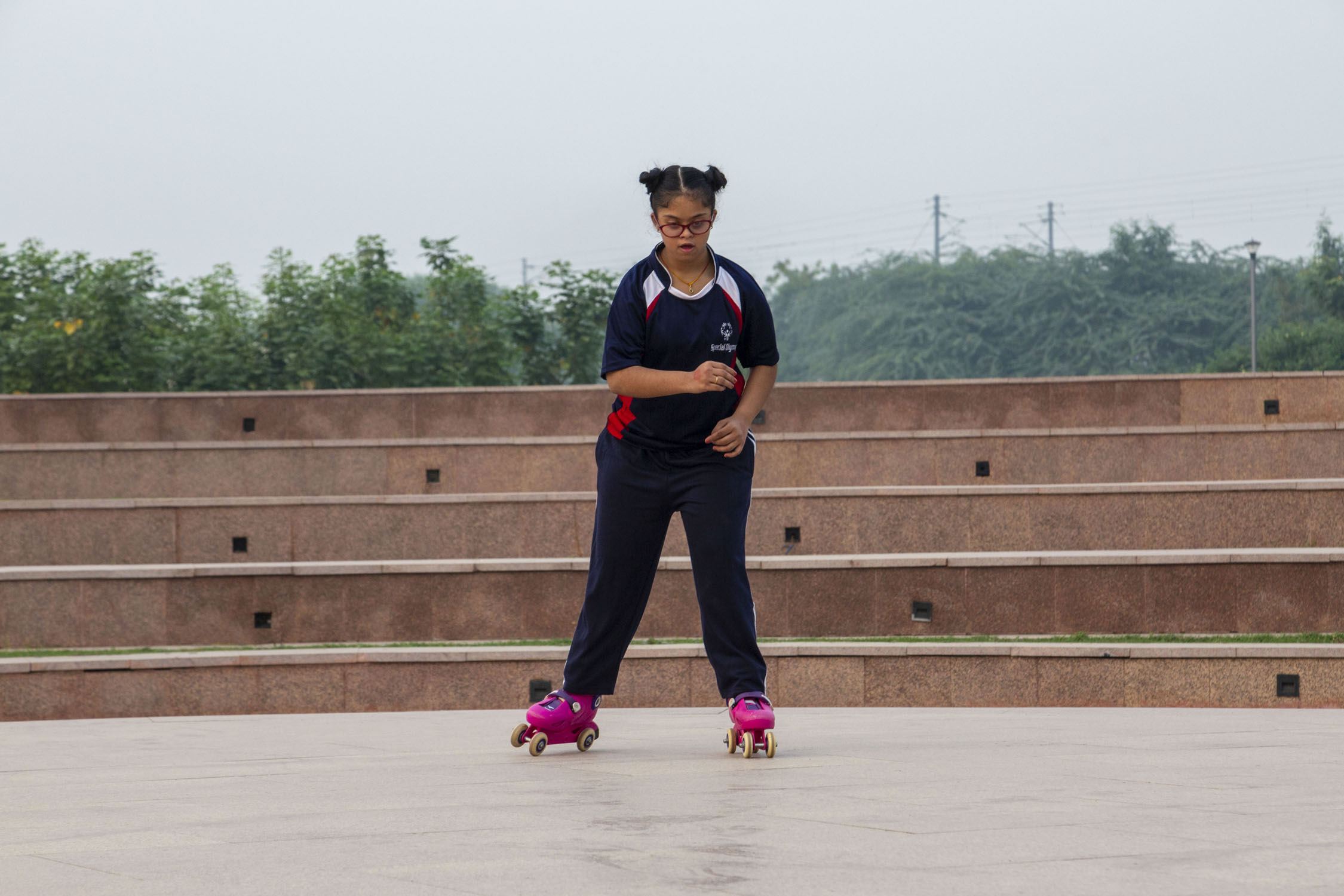 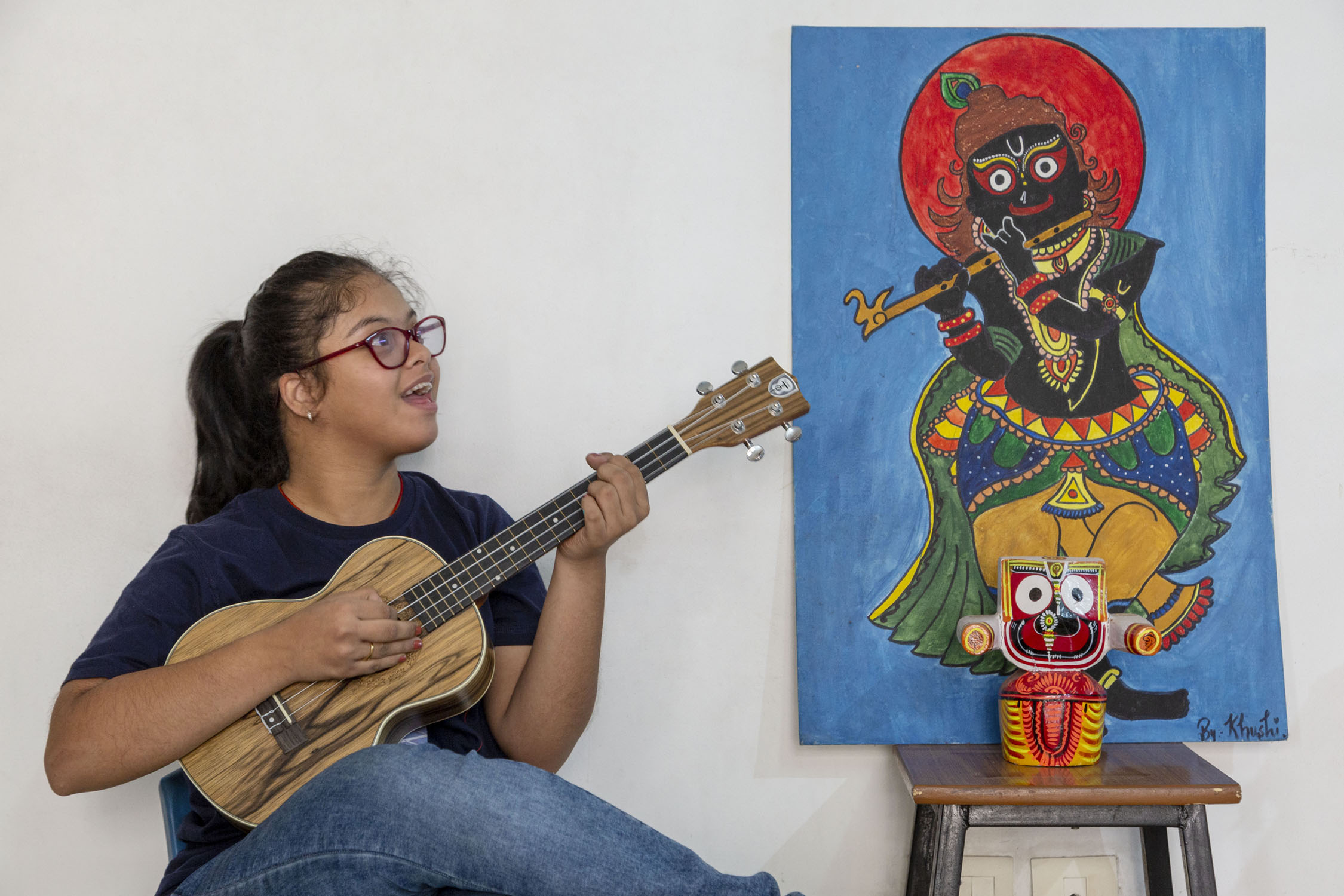 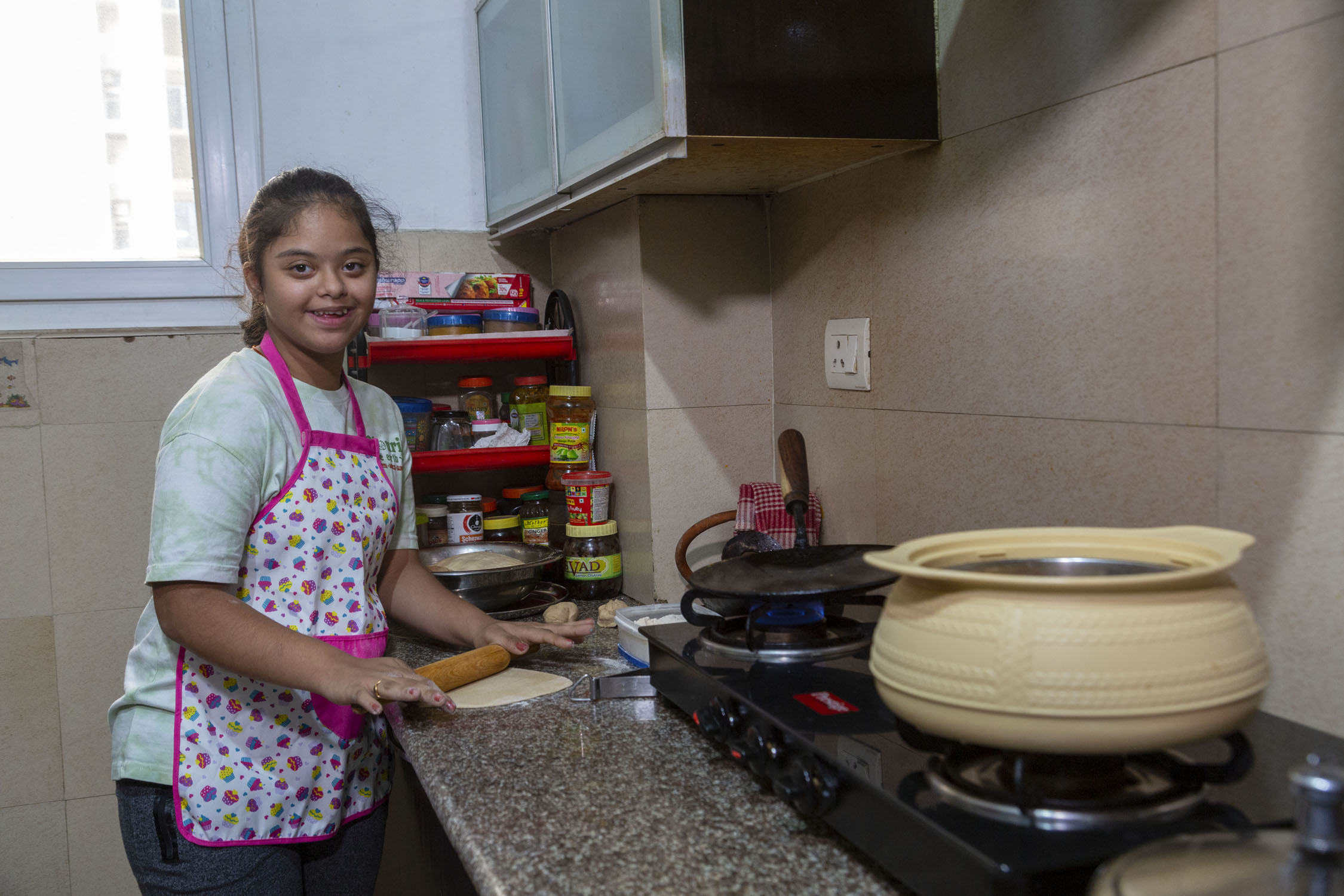 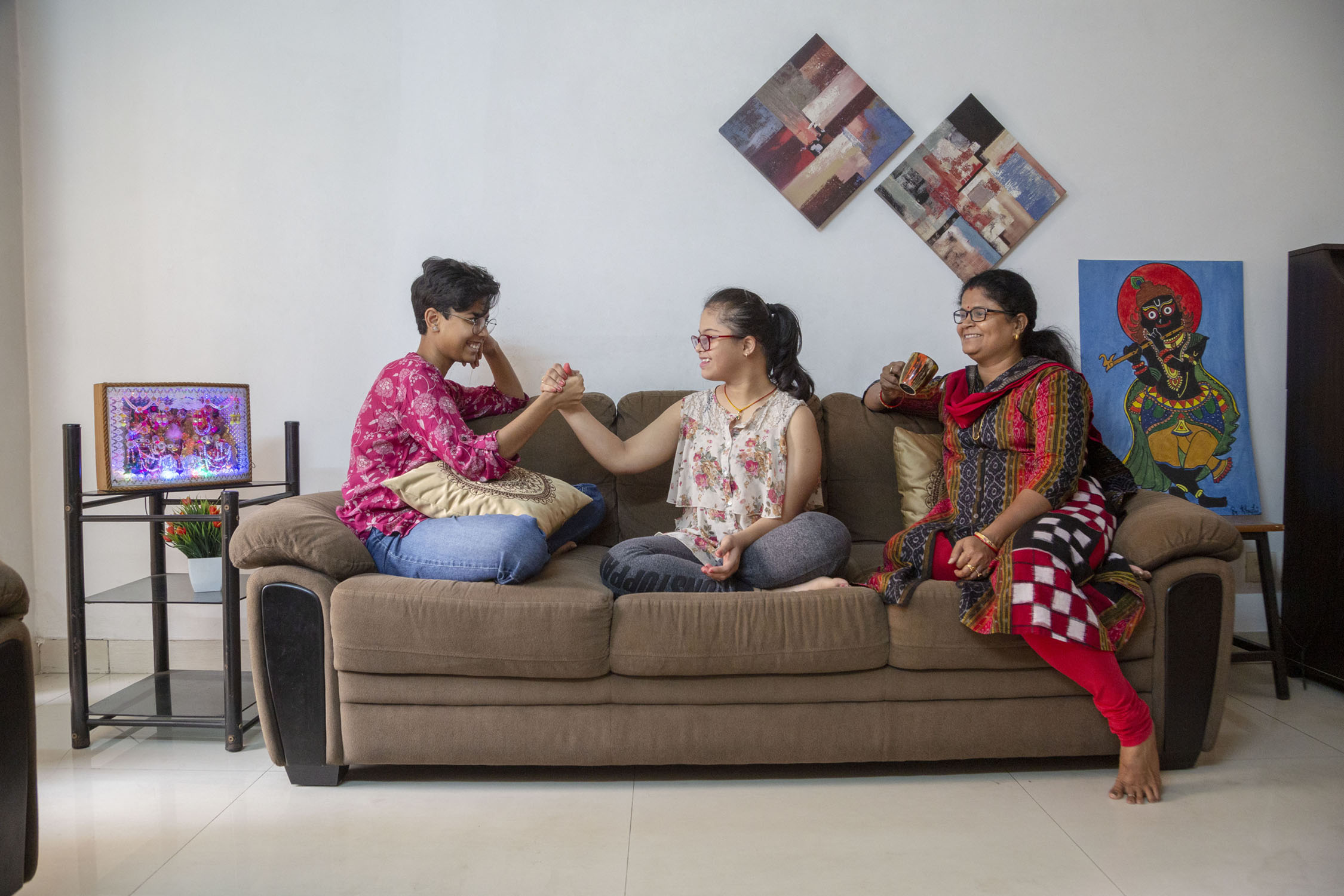 “I am passionate about dance and baking! My cousin is teaching me to play the guitar”

Like many 13-year-olds, Aishwarya Rath likes going to the mall, shops for fashionable clothes and wants to wear a new dress every day. She is possessive about her long hair and doesn’t want to cut it: she even fights with her mother for combing it. She was also among the 30 finalists at a fashion pageant, winning a Star Icon award and a cash prize of ₹25,000.

Unlike many 13-year-olds, though, Aishwarya has Down Syndrome (DS). The pageant, called Walk With A Difference, was a fashion show exclusively for persons with disabilities, organised by Aims Media in Kolkata. Aishwarya (pet name Aashi) seems to have made a habit out of winning prizes and medals! She has won several in inter-school competitions for 100-metre race, skating and dance; and she has won many online dance competitions too. She went unaccompanied by her family to Gujarat for the Special Olympics trials in skating last year and was there for six days, managing by herself, but was not selected.

When Aashi was born, five years after her older sister Khushi (as Abhipsa is called), her mother, Sunanda, realised that something was off about her. Doctors advised a karyotyping test which is used to detect DS, a genetic condition where the person is born with an extra chromosome in their DNA. The test, which two-month-old Aashi underwent in Kolkata, confirmed that she had DS. What’s more, she had to undergo an open-heart surgery (heart defects are common among kids with DS).

Sunanda fell into depression for three months. Her husband Anil Prasad confesses to taking time initially to accept Aashi’s diagnosis, but given Sunanda’s state he was forced to get her family to rally around. Her elder sister came to help, and motivated her to face reality. Sunanda then started working with Aishwarya, determined to give her as normal a life as possible, facilitating her interaction with other kids despite curious stares. At the time, they were living in Deoghar, Jharkhand. They moved to Jodhpur where they enrolled Aashi in Modern Public School, a mainstream institution with very helpful teachers.

After this auspicious beginning, Kangaroo School in Patna helped her flower. A therapist who worked with Aashi for two years there advised them to move to Noida for better access to resources. Aashi now studies in Nai Asha special school. Khushi and Nishant, the cousin who has been living with them for three years now, worked with Aashi, turning her into a confident teen. Nishant sensitised her to social interaction, particularly with boys (DS kids are very physical and tend to hug everyone they meet). He taught her guitar and she says he is her “best buddy” while her best friend in school is Kartik “because he cares for me”.

Sunanda credits the support of her husband, Anil Prasad, which enables her to fully concentrate on Aashi. The family joke about Anil is that his only contribution was getting Cerelac and diapers while he came back from office! But he says, “I had not seen as much childhood of Khushi as I have seen of Aashi.” He says of Aashi, “She is our angel.” Sunanda says her in-laws also supported her; her father-in-law gifted a Scooty so she could ferry Aashi around.

“I am now known as Aishwarya’s mother,” says Sunanda. “When I am interviewed online, I am asked how I was able to bring such development in her.” Aashi keeps her busy and entertained. Once she was in the kitchen trying out something but was not successful when Aashi came in and said to her, “_Koshish karte rahiye, ho jaayega_.” (“Keep on trying and it will happen.”)

As for Khushi, once she got over the initial awkwardness of her little sister being different, she refused to go anywhere without her. “Now my friends ask about her before they ask how I am,” she says. And she dreams about “stealing cupcakes from ‘Aishwarya’s Bakery’”! Baking is a passion for Aashi whose favourite place in the house is the kitchen. She cooks with her mother’s help, and can make sandwiches and roll out chapatis too. She says she loves math, Hindi, piano, painting and skating. Twenty minutes of yoga kickstarts her day. She is considering turning into a professional baker but also dreams of going to work with a laptop, earning money which she can give her mother and their domestic workers. She also wants to help deprived children she sees on the streets.

Today Sunanda’s only worry is what will happen after she and her husband are gone. But at the same time, she lays her faith on Khushi and Nishant to look after Aashi. This is what she wants to tell other parents of DS children: “Keep going, there is so much to learn from your children.”