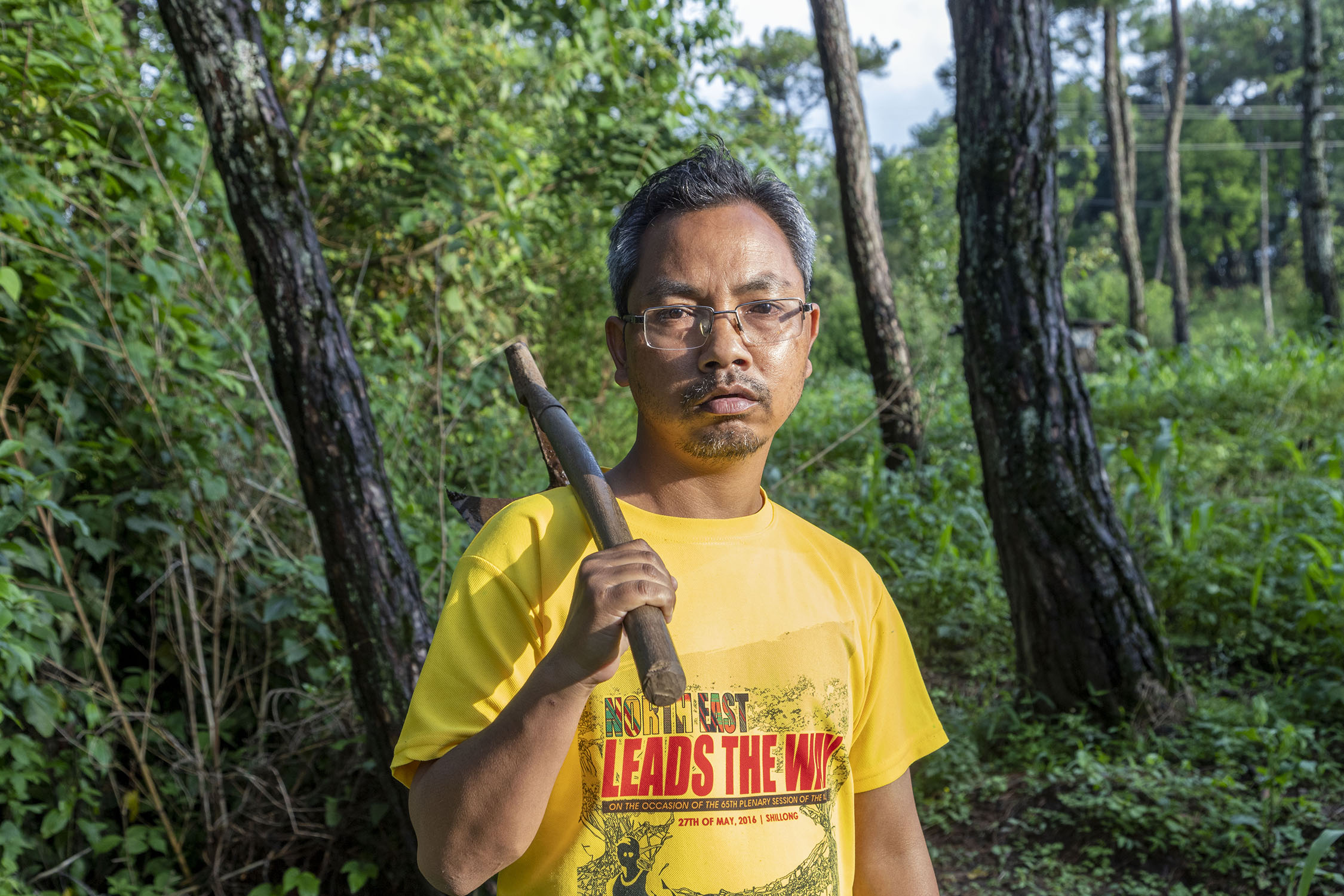 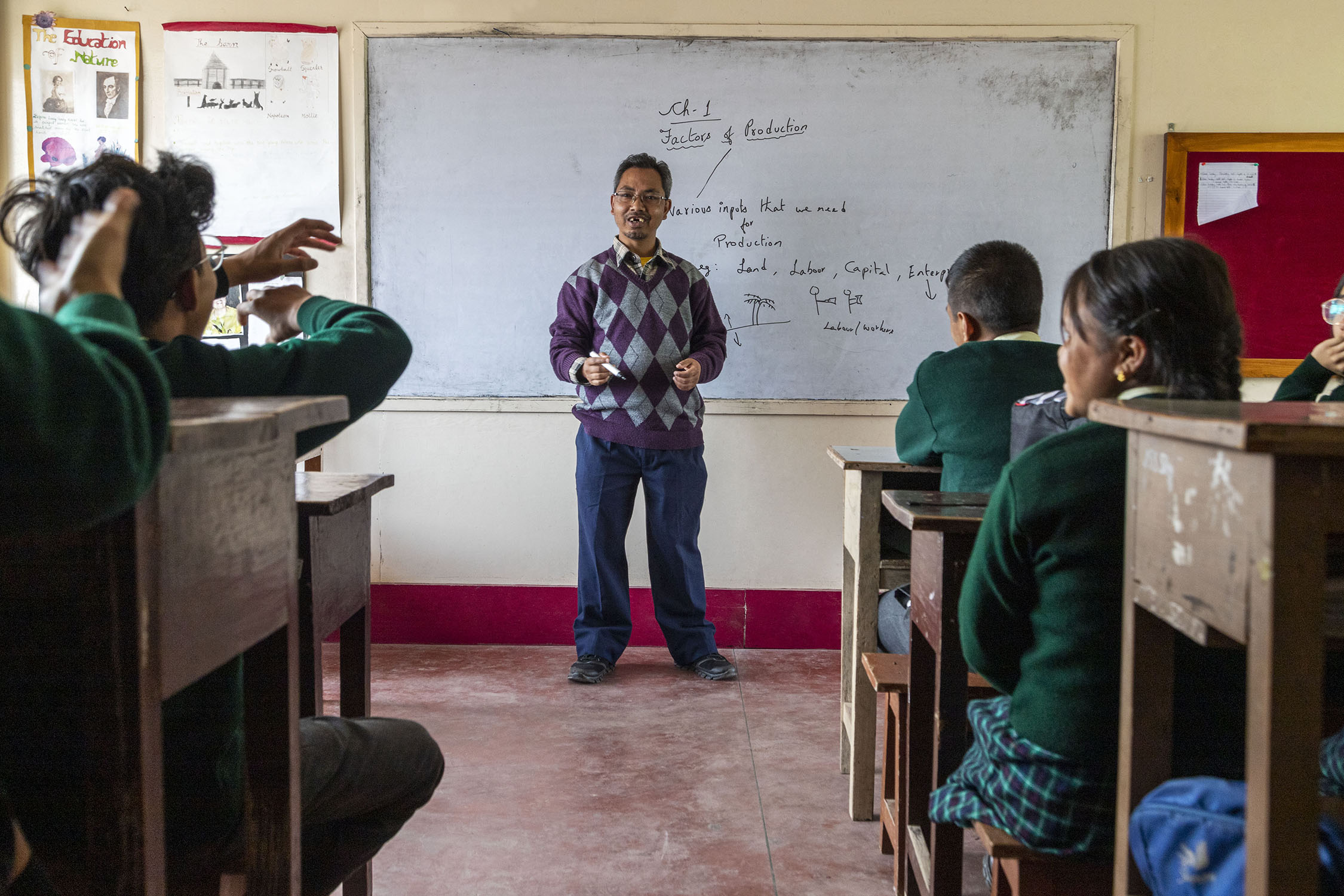 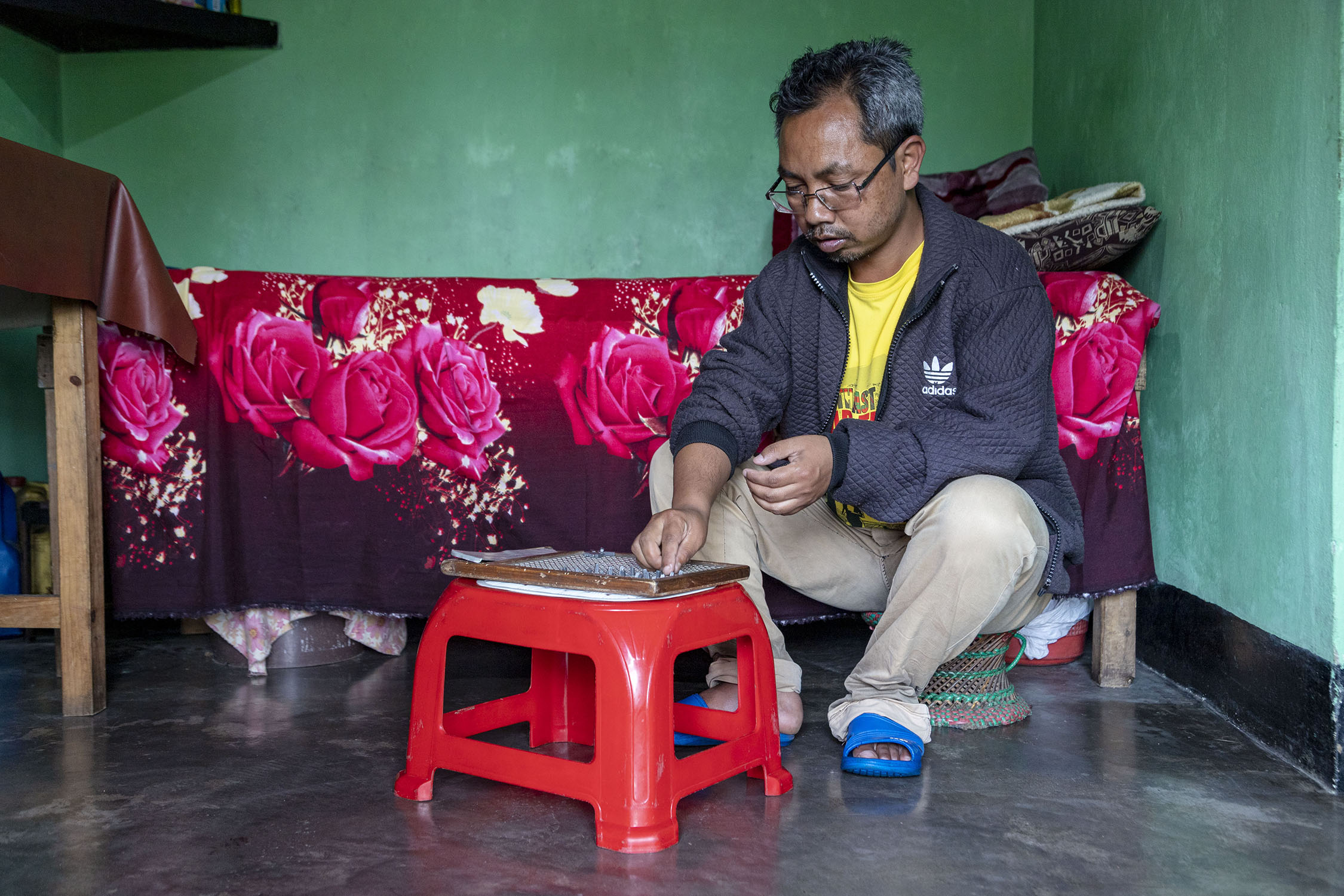 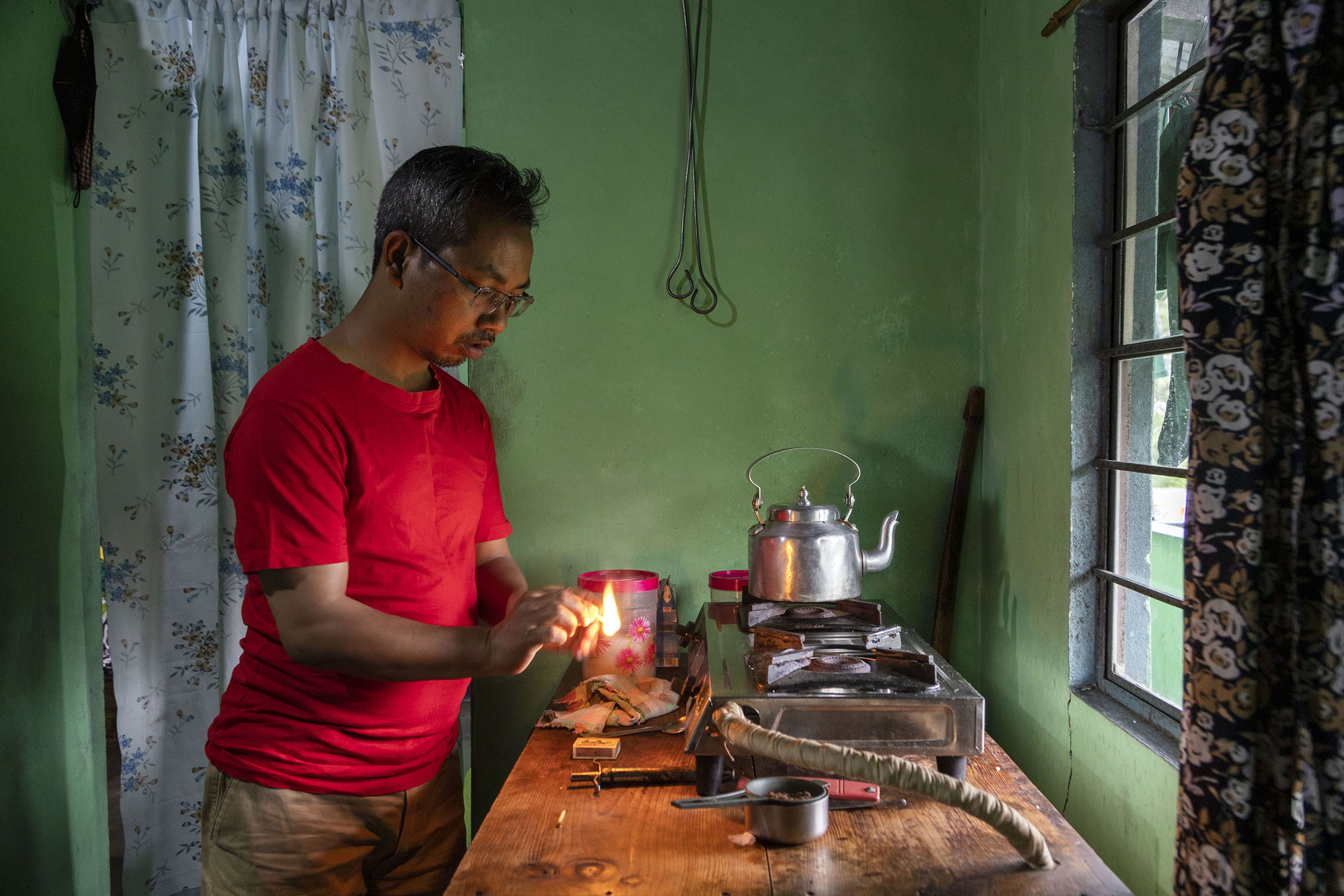 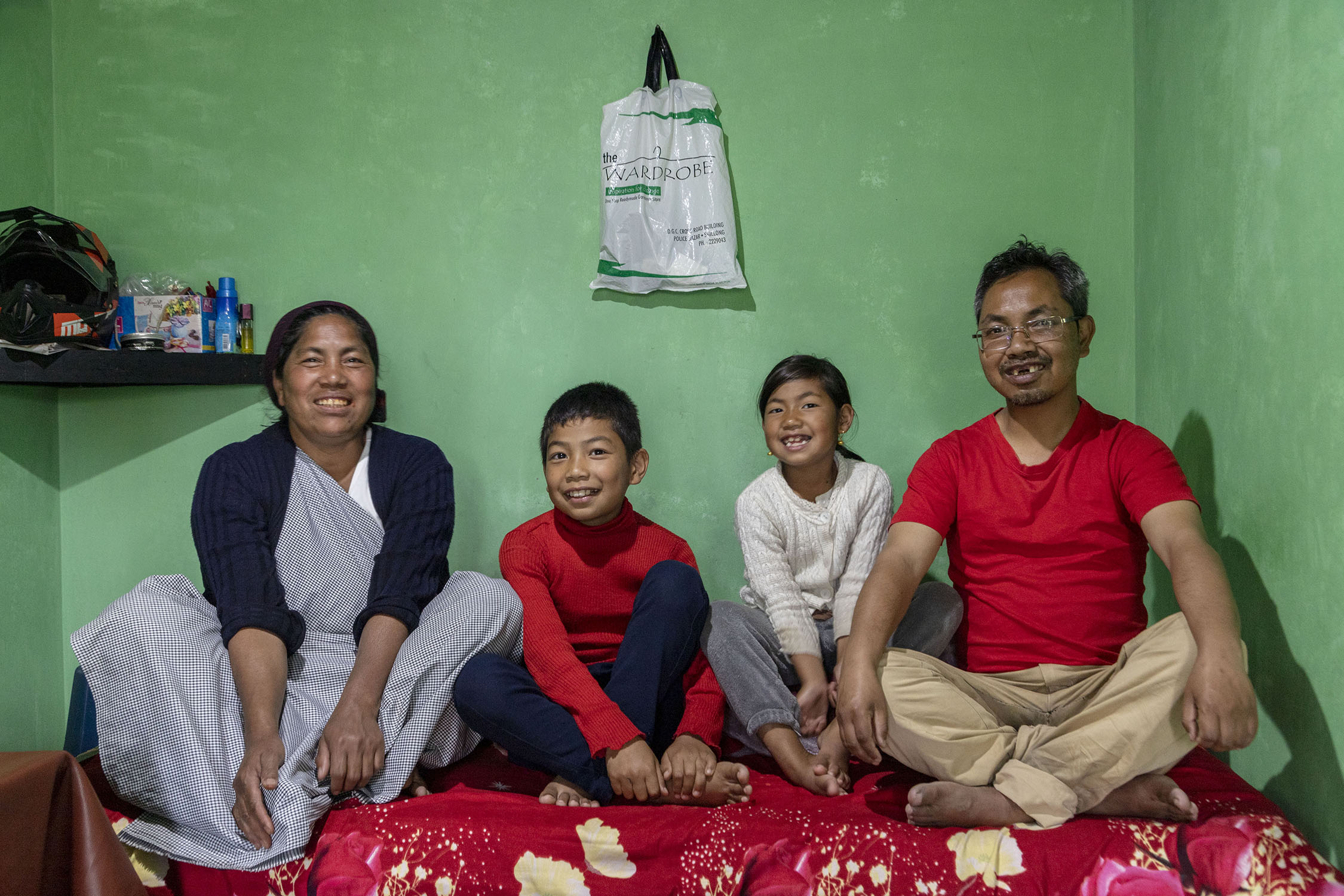 We have often found that those who are born with a disability, especially in vision, hearing or locomotion, are able to cope and adapt to their environment far better than those who acquire a disability later in life. The state of suddenly being deprived of one of their senses or abilities is sometimes too much to bear and can push them into a pit of depression. This is what happened to Aiboklang Sohtun (39) from Meghalaya who is both visually and hearing impaired.

Aiboklang was born in the village of Laitkor Rngi to Tom Thabah and Trolian Sohtun. Tom was a construction worker earning daily wages; he and Trolian had two other children several years after they had Aiboklang: a daughter Wersuk (now 26) and a son Khrawbok (now 24). The family had to keep moving house since Tom had to follow wherever the next construction job led him. However the couple managed to buy a plot of land in Laitkor so that they would have a roof over their heads in their old age.

Aiboklang is nostalgic for his teenage years. “I had a lot of friends and I used to play and roam around with them the whole day,” he recalls. “Whenever I remember my childhood I wish it was possible to go back to those days.” When he reached Class 9 he started having problems with his vision. Shortly after he reached class 12, his sense of hearing too began to weaken. He says he contracted cerebral malaria. The doctor told him he had “optical dystrophy” and his eyesight would inexorably continue to deteriorate as his cornea progressively eroded with age. “With both these problems [in vision and hearing] I started to lose hope and decided to give up everything,” he says. “I thought it was better to die.”

What would Aiboklang have done if he hadn’t received timely encouragement? We dread to imagine. Backed by friends, family members and well-wishers he gradually overcame his despair and realised “it’s not yet time to die, so it is useless to keep thinking about it”. He not only ceased harbouring futile thoughts but also decided to power ahead with his education. He completed his graduation, acquiring a B.Com degree from Shillong Commerce College and later doing his M.Com from North Eastern Hill University.

“If I had no disabilities or if I had been able to access quality education with reasonable accommodation, my life would have been better,” Aiboklang says. “Maybe I would have worked in some government office like my friends are doing.” But by no means is he indulging in self-pity. In fact he is grateful that his teaching job allows him to help children with disabilities. He is an assistant lecturer of economics for classes 11 and 12 and a mathematics and economics teacher for classes 8 and 10 at Jyoti Sroat Inclusive School run by Bethany Society. It has children with different disabilities, from socially disadvantaged and economically backward sections of society, as well as those without disabilities.

Aiboklang was doing his B.Ed Special Education via the distance education mode when he got acquainted with Blinda Klein who was working at the Jyoti Sroat students’ hostel. They got married and now have two children: a son, Bankitlang Kharsohkleng (9) studying in Class 5 and daughter Banroilang Kharsohkleng (7) in Class 1. His parents, now 75 and 85 years old, live in their house in Laitkor Rngi.

Aiboklang is also associated with various disability organisations and associations. His hobbies are gardening, playing chess, listening to music, and “collecting empty plastic bottles”. What does he do with the bottles? Some are taken to the recycling unit and in some he grows tomatoes.