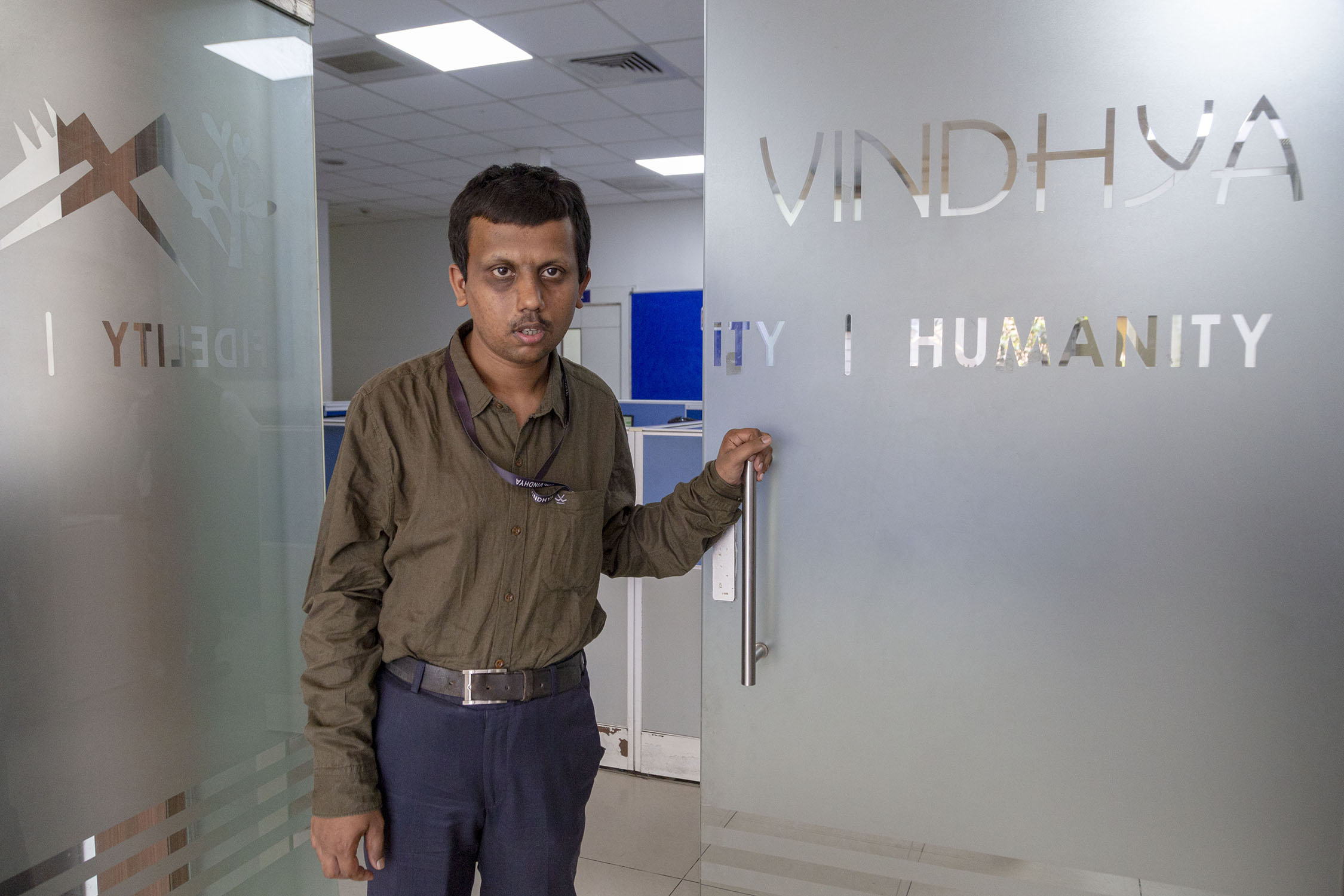 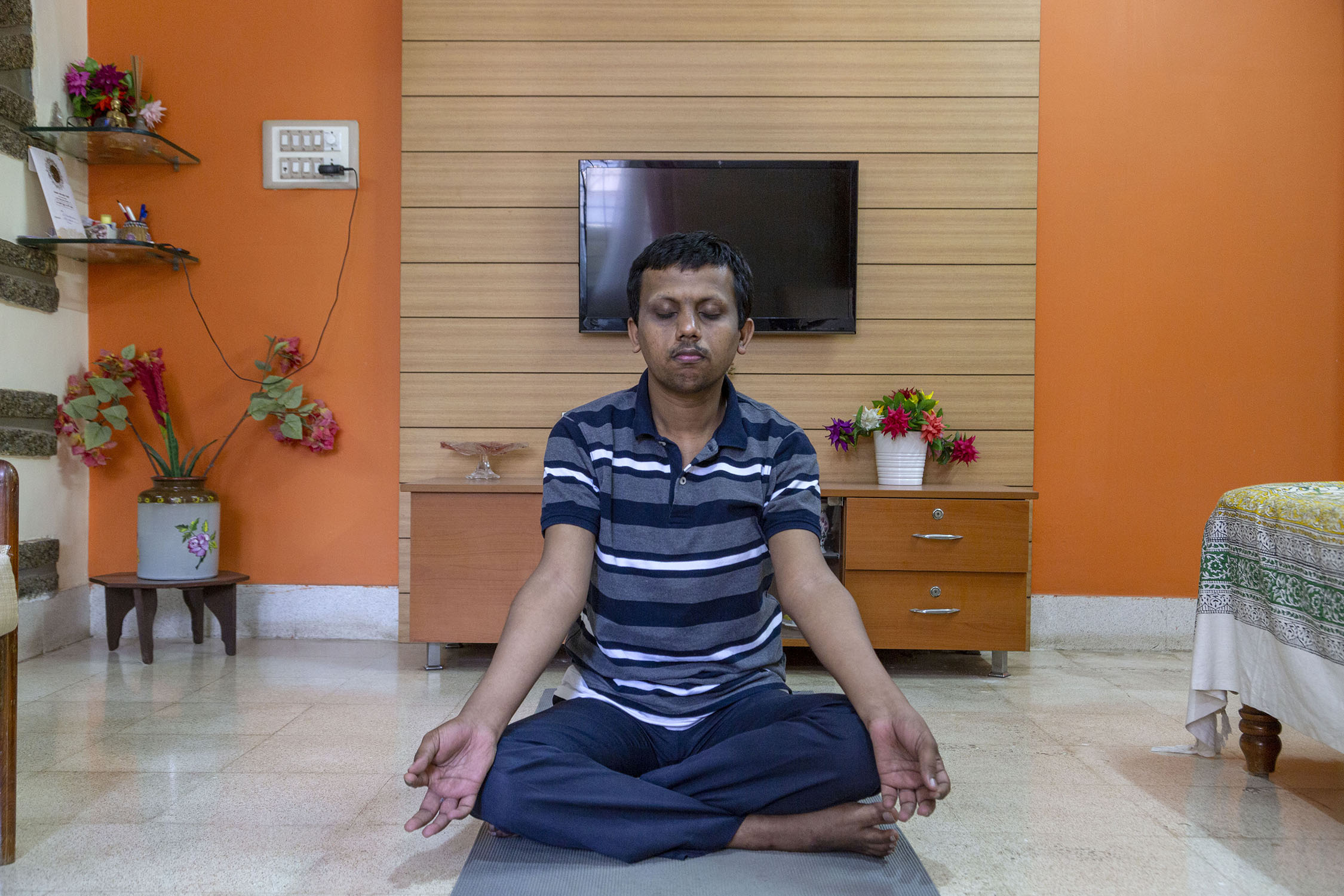 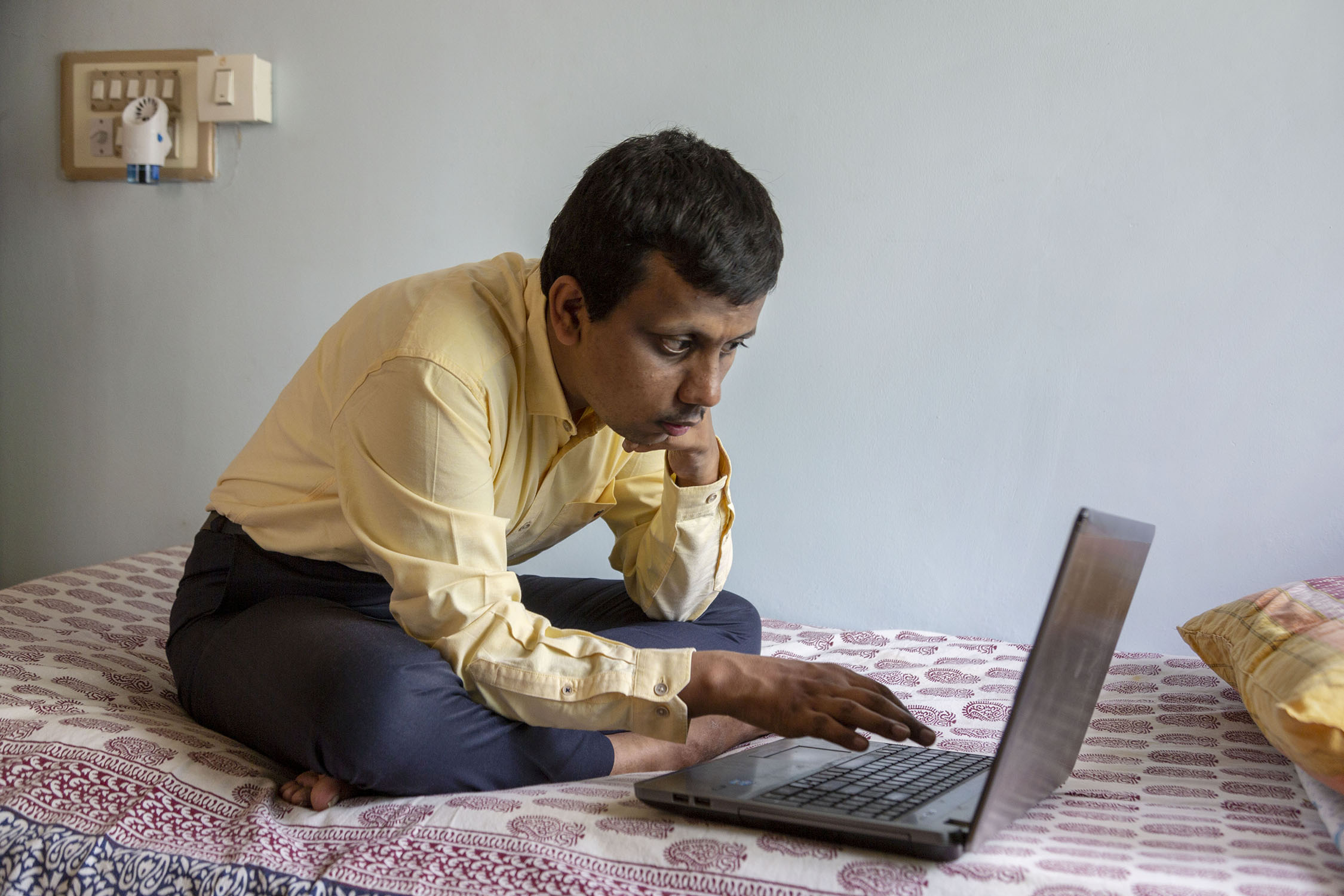 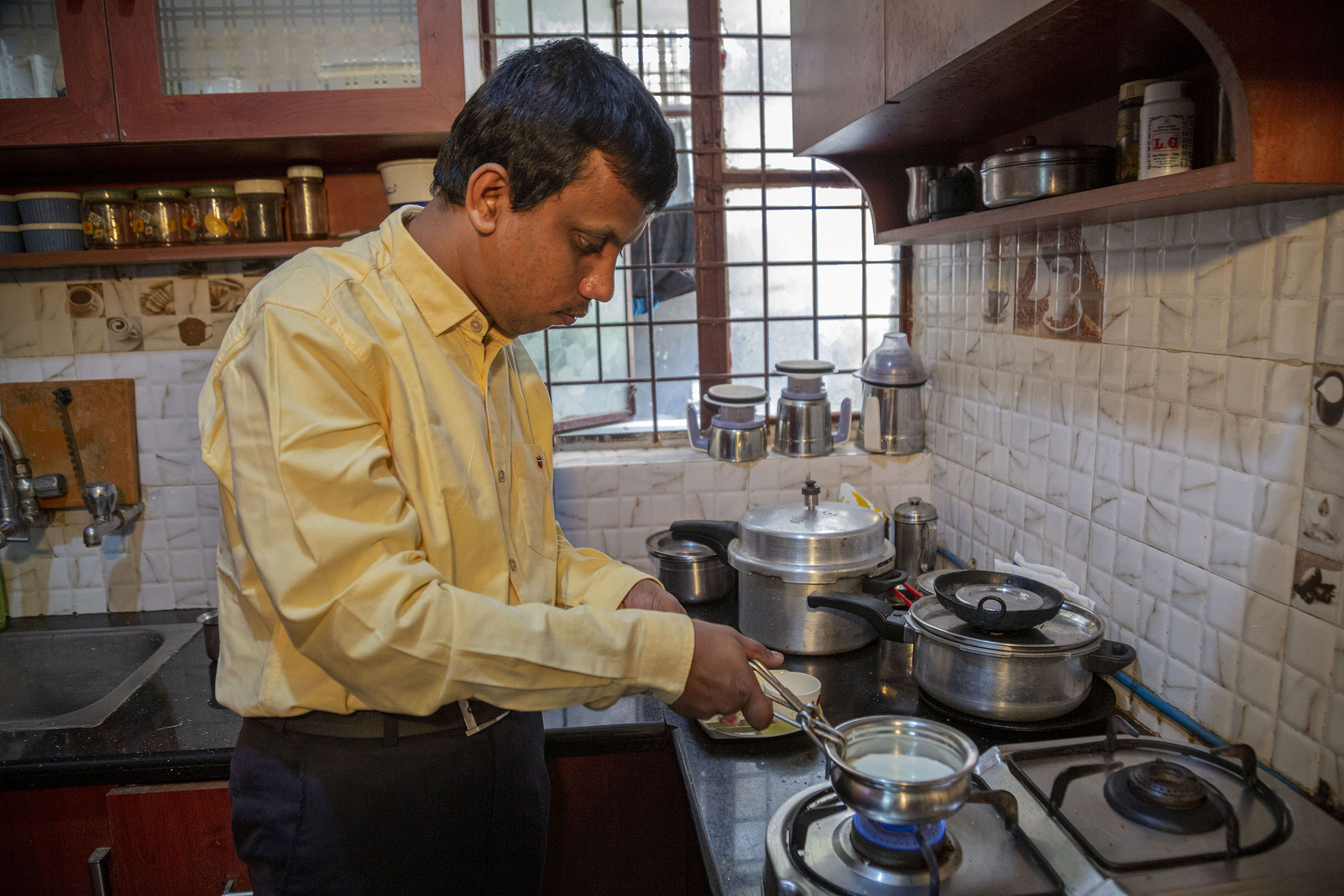 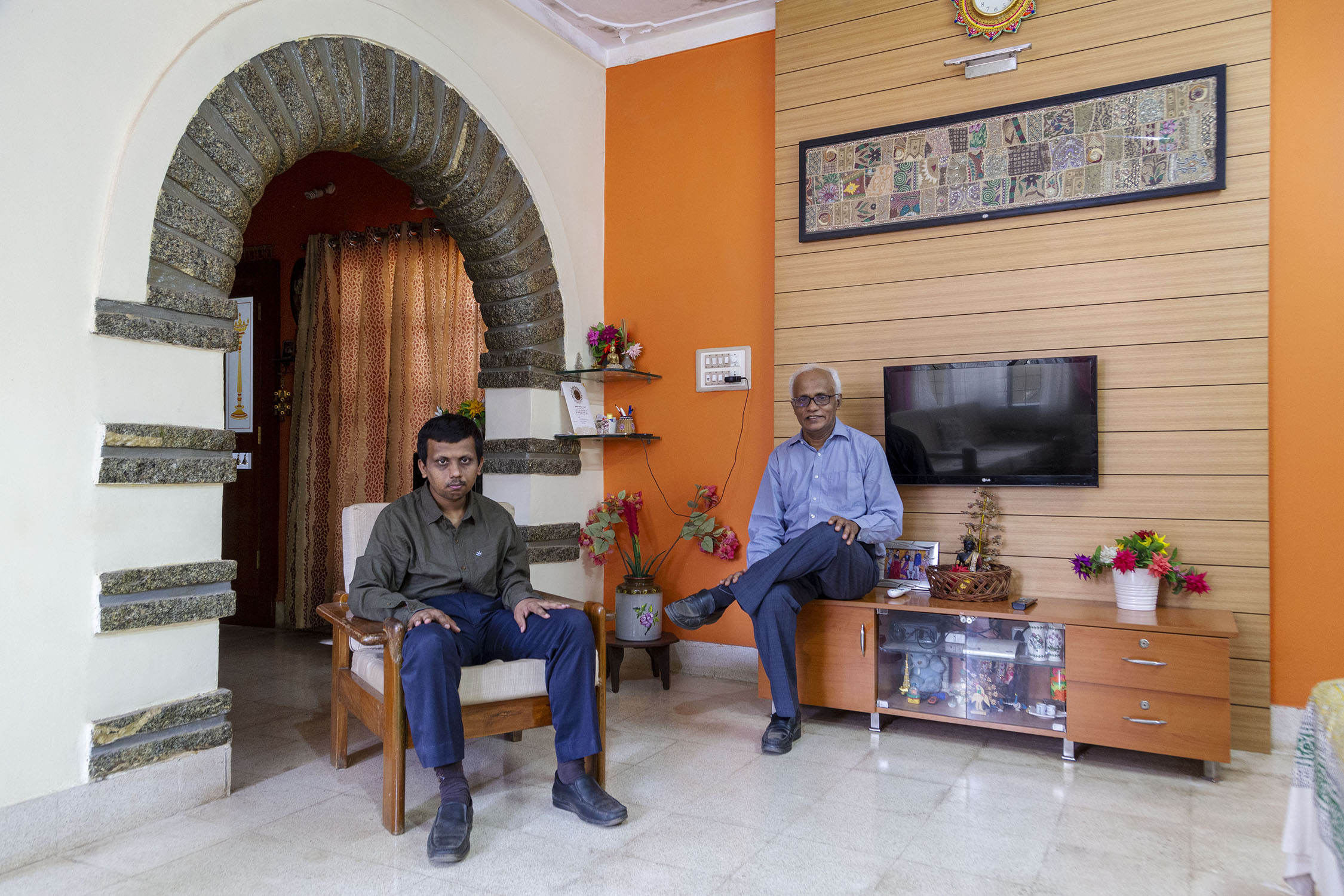 Aditya V (36) from Bengaluru was very excited about his upcoming first-ever US trip when we spoke to him. He and his younger brother Achyut, employed in an automobile company in Michigan, had drawn up a sightseeing plan. Their mother had left already and he would join her with his father.

But Aditya was also anxious about his job. Would he still have it when he returned? He submitted a leave letter to Pavithra Giri, CEO of Vindhya E-Infomedia. “I will come back and join in July,” he wrote. “I will learn new things there and come back.” Knowing Pavithra, she would have read the letter with an affectionate smile.

Vindhya prides itself on employing mainly persons with disabilities of whom Aditya is one. He was diagnosed with borderline Intellectual Disability (ID), but his mother Geetha Venkataramu who is a qualified professional has also noticed traits of autism such as repetitive behaviour, sensory issues (he dislikes noise, crowds, and the feel of soft objects) and preferring things in a particular arrangement.

Aditya’s engineer father C.S. Venkataramu was working in Visvesvaraya Iron and Steel Limited, Bhadravathi when Aditya was born. He was a bouncing baby who doctors said “could advertise for Amul”! Following an allergic reaction to his third dose of polio and measles vaccine (which was probably unrefrigerated) his growth milestones were delayed. They moved to Delhi for better prospects (Venkataramu got a job in Corporation Bank) and for access to better medical assistance.

Geetha devoted herself to her toddler who was now ready for playschool. She took him for occupational therapy to improve his finger dexterity and hand-eye coordination. In playschool, Aditya’s way of learning was different. He could tell from memory which picture was on which page of a 45-page book, but had his own method of learning the alphabet, which did not follow the A-Z sequence.

Hearing that Bangalore had better opportunities, Venkataramu sought, and was immediately granted, a transfer. Geetha, a Commerce graduate, decided to thoroughly equip herself with knowledge about ID. She met Rukmini Krishnaswamy, founder of Spastics Society of Karnataka, who also spearheaded KPAMRC, the state association for parents of children with ID. She did two KPAMRC diploma courses: Mental Retardation (as ID was then known) and Learning Disability, and went to Chennai to learn Israeli psychologist Reuven Feuerstein’s Instrumental Enrichment programme.

Meanwhile, none of the special schools suited Aditya, so they picked Dynam Vocational and Skill Training Centre run by Mrs Thangam Rajagopalan who admitted him as a special case. “At 13, he was the youngest student,” Geetha remembers. “It was his golden period, from 1999-2007.” He received a grounding in academics as well as in a range of social skills and life skills. Later when he joined a three-month computer course he travelled alone by bus to attend classes. Achyut was immensely helpful in developing his personality.

Aditya always used to admire the lanyards that Achyut and their cousins wore when going off to work. He was delighted when he got to wear a name tag of his own! Venkataramu and Geetha are profoundly grateful to Pavithra and Ashok Giri and everyone at Vindhya for fulfilling his dream. “Vindhya gave him ample opportunities to grow mentally, socially, financially… and brought peace of mind to the family,” they say.

Aditya systematically described his regimen for us: wake up at 6 a.m., do yoga asanas that his father taught him till 6.45, get ready for office, catch the 8.15 a.m. BMTC bus which takes 45-60 minutes for the 15 km journey, punch in at 9.30, eat home-cooked tiffin at 2 p.m., leave at 5.30, reach home by 6.45. He is the HR Assistant, taking charge of the 15-20 candidates who come in daily for job interviews. His duties include welcoming and seating them, checking their documents, taking them to the relevant interviewer, helping selected candidates with the joining formalities, and arranging their files in folders.

Aditya rattled off the names of every client of Vindhya’s – Pensilon, C9, Bindo, Loyalty, Wipro Onsite, DotJob, Ujjivan and so on – and Venkataramu told us about Aditya’s memory power: he remembers every birthday, which guests came and gave what gift in which year. He knows the Vishnu Sahasranamam (which Geetha had used to calm him when he was a hyperactive kid) and the Hanuman Chalisa, and is currently memorising the Bhagavad Gita (Chapters 12 and 2 are done).

Meanwhile Geetha has been working as a freelance consultant. “I don’t want other parents to go through the same long journey,” she says. “I want to make it simpler for them.”