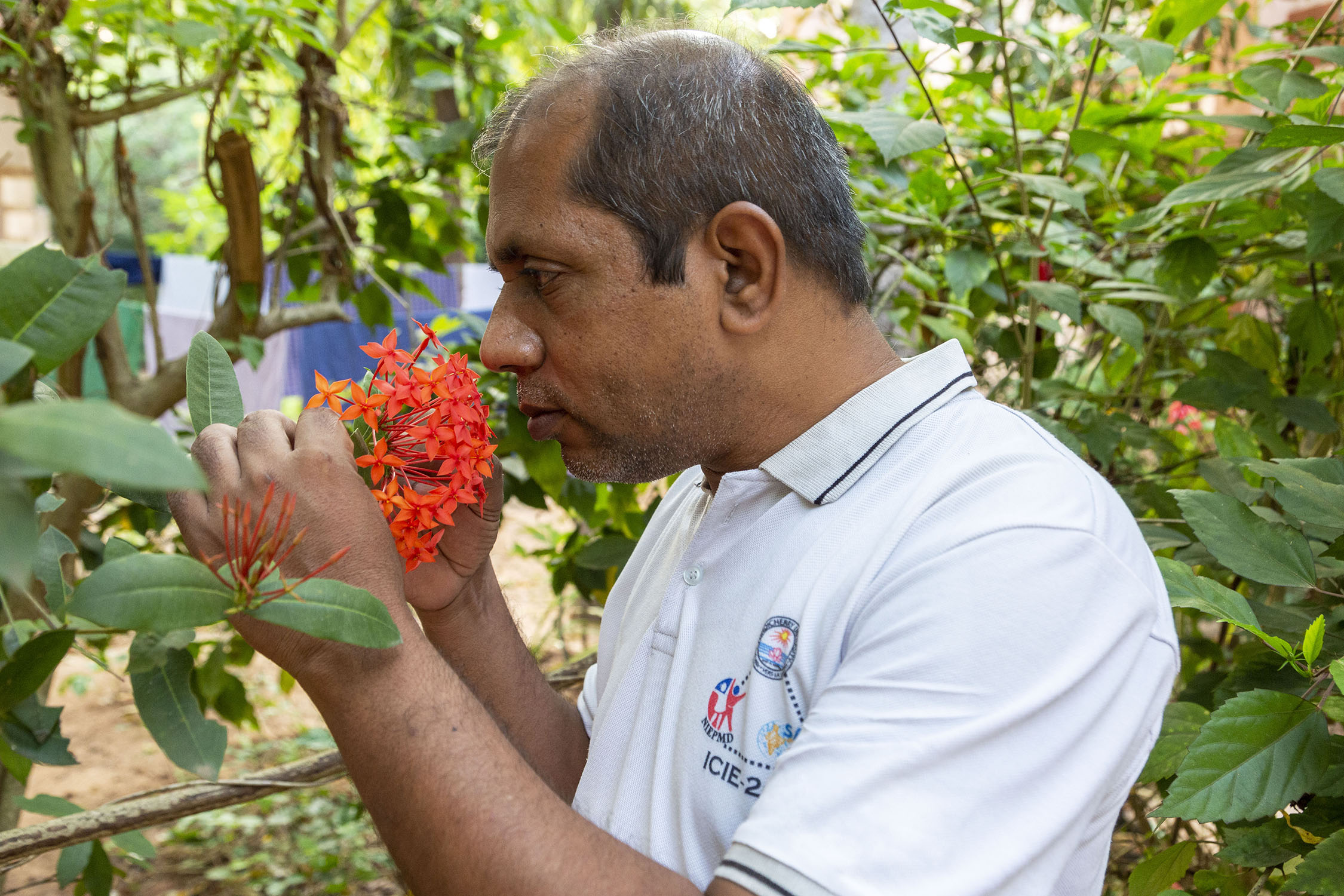 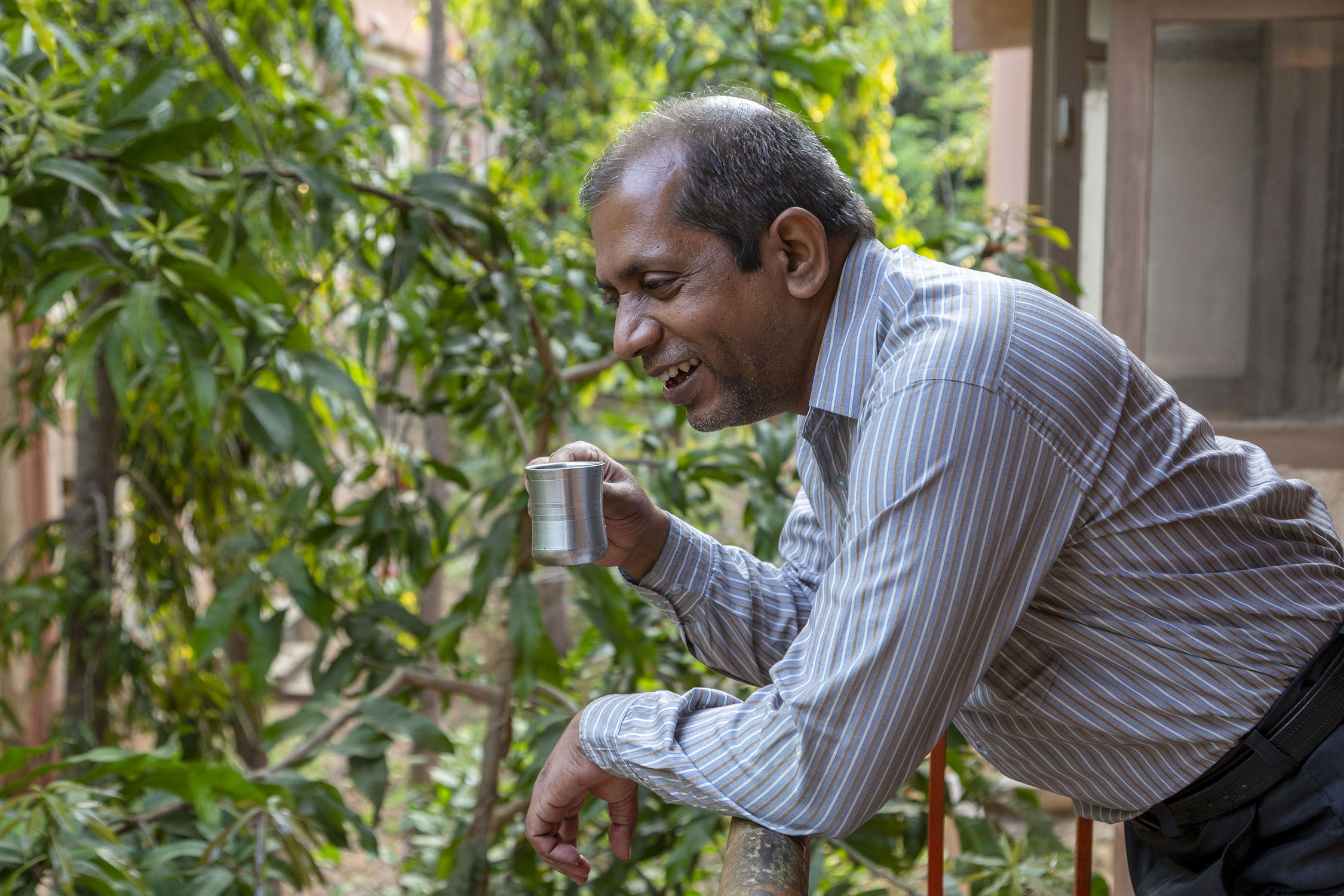 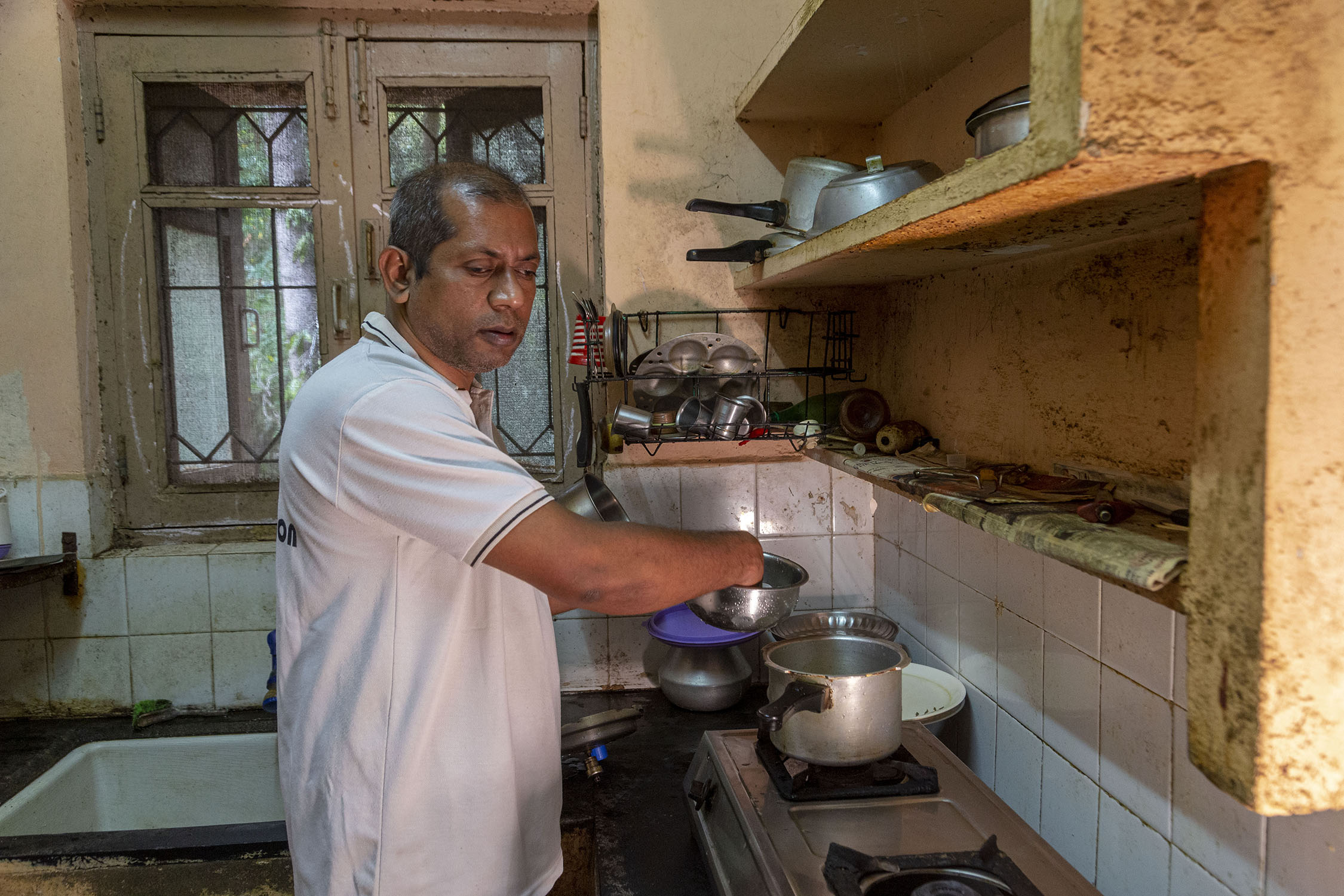 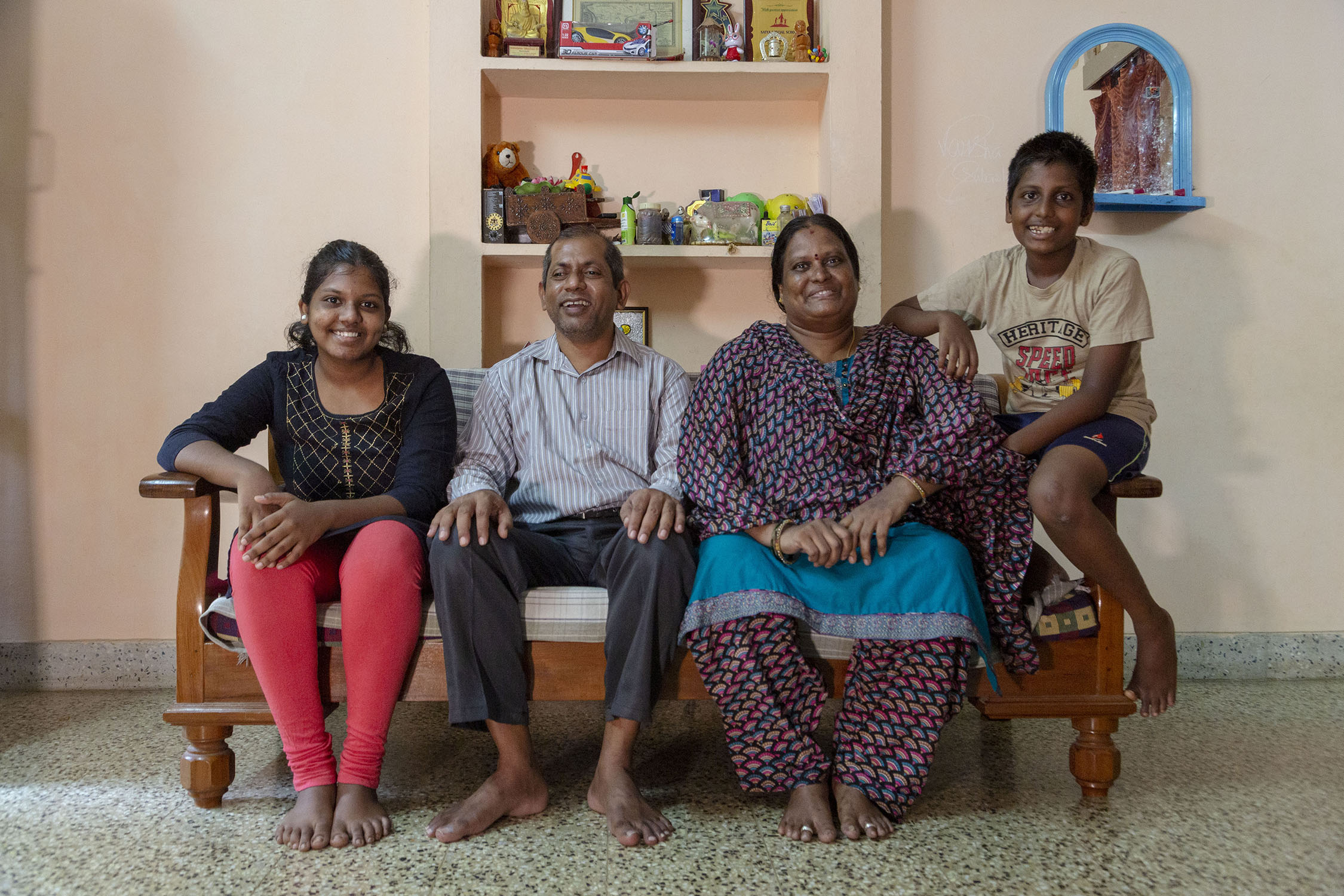 “I use screen-reading software. However, my wife and children are my eyes”

Over half a century ago a farmer in the village of Alinjikuppam in Tamil Nadu’s Vellore District grew crops throughout the year on the fertile 2.5 acres he owned. Ragi, paddy, banana, sugarcane and all kinds of vegetables more than satisfied the consumption needs of his large family. He would be away from home for four to five days when he drove his bullock cart laden with produce to the nearest market nearly 60 km away.

Three of his five daughters and both his sons were born visually impaired. The youngest, Dr A. Chidambaram (49), narrated the story of his birth family and how he came to be Assistant Professor at Pondicherry University’s Centre for the Study of Social Exclusion and Inclusive Policy. His parents were not formally educated and could only sign their own names but they sent their children to a government school. The low vision of five of the siblings was discovered only in their pre-teen years when they said they could not decipher the writing on the blackboard. Since they could perform most of their daily activities their disability was kept a secret, particularly during the hunt for bridegrooms.

Chidambaram earned while he learned. From sixth to ninth standard he worked for a relative, at first part time in his textile shop, making up to 50 paise per day, and then full time in his fertiliser store for a rupee a day. Although his deteriorating vision prevented his recognising faces he decided to finish his schooling through independent study. In 1990 he appeared for the 10th standard exam in Ambur Hindu Higher Secondary School. On the eve of the exam he handed over a petition to the District Education Officer, asking him to appoint a person to read out the exam questions to him so he could save time. (This was five years before the disability act was passed, which allowed scribes and extra time for disabled candidates.) A teacher was assigned to him and he was given plain sheets instead of the ruled paper that he struggled to write on. The teacher was impressed on noticing the boy’s answers and suggested that he pursue higher education.

Chidambaram completed his 12th standard and joined the B.A. English course in Presidency College, Chennai. His elder sister Savitri, a warden in the National Institute for the Visually Handicapped, supported him financially. Based on his economic and caste status he got free hostel accommodation and food but had to travel almost 20 km to college. He made weekly visits to a reading centre where volunteers would read to the blind for three hours, covering their entire week’s study material and writing their assignments.

In 1998 Chidambaram got a Master’s degree in Social Work and a job at Deepam Education Society for Health (DESH) after attending a walk-in interview. DESH founder and chairperson Saraswathi Sankaran was a source of great encouragement to him and his pay went up steadily, as did his responsibilities. Over the years he acquired a post-graduate diploma in Rural Development, M. Phil in Social Work, B. Ed in Special Education and finally a Ph. D.

Alongside his academic achievements was his vigorous involvement in disability rights. In 2004 the data he compiled on the educational qualifications of 324 persons with disabilities (PwD), which he presented to the Tamil Nadu chief minister, resulted in all 324 getting government jobs despite the prevailing freeze in recruitment. In 2005 he joined the Tirunelveli District Disabled Welfare Office as Vocational Guidance Officer. Under his watch a disability survey was carried out, based on which he compiled and edited a report on the status of PwD in the district and presented it to the chief minister.

In 2006 in Chennai, just before the general election, Chidambaram led a huge rally of disabled persons’ organisations (DPOs). Their demands impacted the manifestos of major political parties and in 2007 the government increased the maintenance grant for PwD as well as the number of beneficiaries.

In October 2009 he entered his current job in Pondicherry University where he teaches the M.A. Human Rights course. He was instrumental in the University’s step of providing completely free education for students with disabilities, and is coordinator of the UGC’s programme of higher education for persons with special needs.

It was in 2004 that he sought and found his life partner Vadivukkarasi, who has a Master’s degree in both Commerce and Library Science. They have a daughter Varsha (17) and son Subashchandar (12). Dr Chidambaram, who has won numerous awards and honours for his advocacy, aims to bring DPOs under a common umbrella. “Right now they work independently with limited resources,” he points out. “They should form a united disability forum.”